The Coolest Neighbourhoods in Manchester, UK 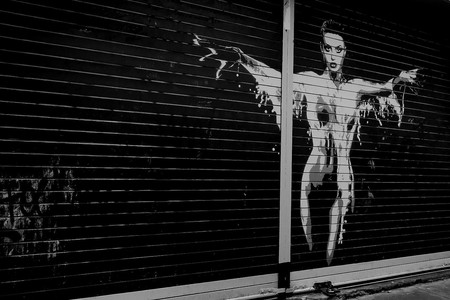 Frequently hailed as one of the coolest cities in the UK, Manchester is crammed full of hip neighbourhoods. Whether you prefer a more laid-back bohemian vibe or a bustling city-centre environment, there’s a district for every hipster. Wondering which area is right for you? Here’s our guide to the hippest neighbourhoods in the city.

Building
Facebook
Email
Twitter
Pinterest
Copy link
Share
Map View
Nestled in between Piccadilly train station and the Arndale Centre, the sprawling Northern Quarter consists of a network of small streets and alleyways containing an impressive array of independent bars, cafes and boutiques. Whether you’re searching for the best coffee in the city, a pint of locally brewed craft ale, or vintage garms, this is the place to head. All first-time visitors to the city should spend at least a few hours digging around in records shops, rummaging in the rabbit warren that is Affleck’s and seeking out the best pubs. Don’t neglect to admire the architecture – the area has been used as a stand-in for New York for many TV shows and Hollywood films.
Open In Google Maps
The Northern Quarter High Street, Manchester, England, M4 1HT, United Kingdom
Give us feedback

Building
Facebook
Email
Twitter
Pinterest
Copy link
Share
Map View
Just a hop, step and a jump from the Northern Quarter, Ancoats may still be up-and-coming but it’s being touted all around the world as one of the hippest neighbourhoods in the whole of the UK. Coffee shops, hip cafes cum Thai restaurants, artist studios and independent theatre spaces seem to be popping up on a weekly basis, as more and more people become attuned to the area’s cheaper rents and rising status. Take some time to seek out the best pizza in the city and to admire the abundance of street art.
Open In Google Maps
Ancoats Manchester, England, United Kingdom
Give us feedback

Building
Facebook
Email
Twitter
Pinterest
Copy link
Share
Map View
Moving out of the city centre, the south of Manchester is home to a scattering of hip neighbourhoods, of which Chorlton is probably the most well-known. Home to one of the best vegan wholefood markets in the UK (Unicorn), an array of quirky bars and eateries and an abundance of liberal-minded residents, Chorlton has gained a reputation as the most bohemian area of the city. Take a stroll down Beech Road and into the meadows for pure escapism, or seek out some of the best bars including Mary & Archie’s and Strangebrew to sip your drink outside in the sun.
Open In Google Maps
Chorlton-cum-Hardy Manchester, England, United Kingdom
Give us feedback

Building
Facebook
Email
Twitter
Pinterest
Copy link
Share
Map View
Just down the road from Chorlton, Whalley Range is where many young people who hang out in the aforementioned suburb call home thanks to more affordable rents. Don’t assume that this is purely a residential neighbourhood, however. Upper Chorlton Road is home to a scattering of laid-back bars (notably, the Hilary Step and Jam Street Café) and popular take-away, Tibetan Kitchen. Venture deeper into the labyrinth of tree-lined streets and you’ll stumble across the Carlton Club, a non-religious, non-political social club that’s the local favourite haunt for cheap drinks and a game of pool.
Open In Google Maps
Whalley Range Manchester, England, United Kingdom
Give us feedback

Building
Facebook
Email
Twitter
Pinterest
Copy link
Share
Map View
Another up-and-coming neighbourhood, Levenshulme is frequently heralded as the ‘new Chorlton’. Cheaper housing prices have seen the start of a mass migration of Manchester’s hipsters, which in turn has promoted the opening of a variety of independent eateries such as popular café and bakery, Trove. Every Saturday morning, the area comes to life with flocks of people out in force for market day – expect second-hand records, plants and Club Mate rather than old tat.
Open In Google Maps
Levenshulme Manchester, England, United Kingdom
Give us feedback
Give us feedback