The Best Things to See and Do in Chorlton, Manchester 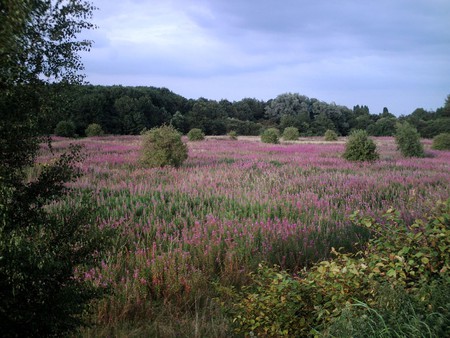 Manchester’s most bohemian neighbourhood is filled with some of the best bars, cafés and independent shops in the city. Chorlton also offer close proximity to plenty of green spaces, with the meadows and River Mersey within walking distance. Whether you’re looking to sip on a pint of craft beer or stock up on vegan groceries, there’s plenty to do and see in this creative suburb.

Shop, Store
Facebook
Email
Twitter
Pinterest
Copy link
Share
Map View
Yes, we really do recommend visiting Unicorn Grocery as an essential thing to do in Chorlton. This worker-owned vegan grocery store is frequently named one of the best independent food stores in the whole of the UK, selling locally grown, seasonal produce alongside organic and Fairtrade items. Whether you live locally or you’re just visiting, pop in to browse their selection and pick up a few treats. They also have a deli counter where you can purchase food to eat on the go.
Open In Google Maps
89 Albany Road, Chorlton-cum-Hardy Manchester, England, M21 0BN, United Kingdom
+441618610010
Visit Website
Give us feedback

Once you’ve walked down Beech Road and arrived at Chorlton Green, you instantly feel like you’ve left the city far behind. This leafy square is the perfect place to sit with a pint of beer from the Horse & Jockey pub on a sunny day, but it is also the gateway to the woods and meadows that beckon just minutes away. You could spend an entire day wandering around Chorlton Ees, taking your dog for a long walk or cycling down the many trails that lead to the River Mersey and onwards to Chorlton Water Park.

Mid Summers Day 2016, Chorlton Ees. In the middle of winter you can often forget how green everything is in Summer. #chorlton #chorltoneesnaturereserve #chorltoncumhardy #manchester #summer #naturereserve

The Parlour on Beech Road is home to one of the most delicious roast dinners in the city. Ensure that you book in advance as every table is always full as locals flock here to dine on huge plates filled with classic Sunday roasts. There are always several choices of meat on offer, as well as a popular vegetarian options and plenty of tasty starters and deserts. The pub is friendly and cosy, more reminiscent of a country inn than a bar in the suburbs, providing a warm environment for spending relaxing Sunday afternoons.

Booked in for Sunday yet? We're filling up fast! We've got a little Christmas treat on our menu for you all to try! 🎄🍽 #Christmas #Sunday #Foodporn #Properfood #Scran #Manchester #Turkey

Read The Guardian newspaper while sipping an artisan coffee

Rumour has it that the CW. Etchells newsagent on Beech Road sells more copies of The Guardian than any shop outside London, making Chorlton’s cafés the perfect place to settle down with a copy of the newspaper (or any publication of your choice) and while away a couple of hours. Our café of choice has to be Barbecue, a snug little independent café that roasts its own beans onsite.

Have one of Manchester’s best nights out

More and more people are flocking to Chorlton’s many bars and snubbing the city centre for a night out. The proximity of most of the bars means that it’s easy to hop from one to the other, preferably starting out on Beech Road before heading to the gaggle of bars opposite the bus station, then down the road to the crossroads known as ‘Four Banks’ where you’ll find later openings. You’ll mostly find 20 and 30-somethings sipping craft beer and bobbing their heads to hip music.

Great music and beautiful gin, what more could you want this weekend?! #chorlton #gin #strangebrew #ginpaddle