The Best Things to Do in Brixton

As the birthplace of David Bowie, a creative hub and ultimate foodie hotspot, Brixton is one of the most vibrant neighbourhoods in London.

One of London’s coolest cultural hubs, Brixton is known for its quirky, hyper-local spaces, somewhat hedonistic nightlife and excellent food. While most visitors spend their time wandering through Brixton Market, walk a bit further and you’ll discover the parts of Brixton that locals love most. From exploring Market Row to admiring the view from Brockwell Park, these are the top things to do when you’re heading south of the Thames.

Eat Your Way Around Brixton Village and Market Row 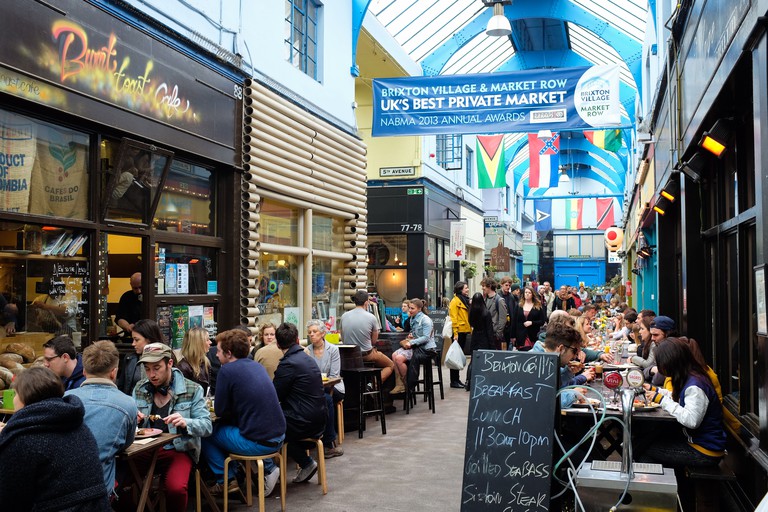 © Trevor Mogg / Alamy Stock Photo
Take a right turn off Electric Avenue to enter the maze of Brixton Market – you’ll probably smell the delicious food before you arrive. Here, you’ll find a melange of cuisines – from European to Asian, African to Caribbean, it’s a melting pot of fine fare. As well as eateries, there’s everything from cheese and charcuterie shops to traditional Chinese medicine shops for you to peruse.

Post-Brixton Market feast, it’s time for a craft beer tasting at Brixton Brewery. The taproom has sat under a railway arch since it first opened in 2013. Each of its beers, named after Brixton landmarks such as Coldharbour lager and Electric IPA, are crafted in small batches which are now sold nationwide.

Escape the Crowds at Brockwell Park 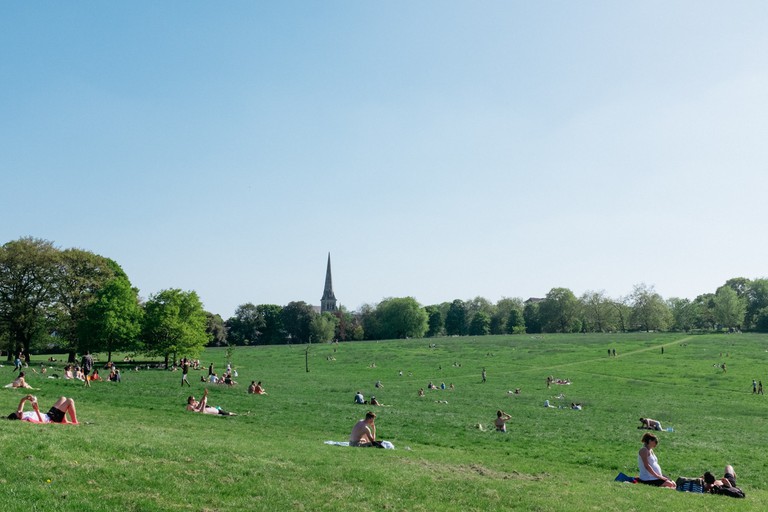 While most people head to Primrose Hill or Parliament Hill in Hampstead Heath for a glimpse at London’s iconic skyline, those in the know go to Brockwell Park instead. On Sundays, pick up freshly made doughnuts or gelato at Herne Hill Market and take it to the park – head to the top of the hill near the tennis courts or right at the back for the best views. For a touch of tranquillity, retreat to the walled garden, which is particularly beautiful in the spring.

Cool Off with a Dip in Brockwell Lido 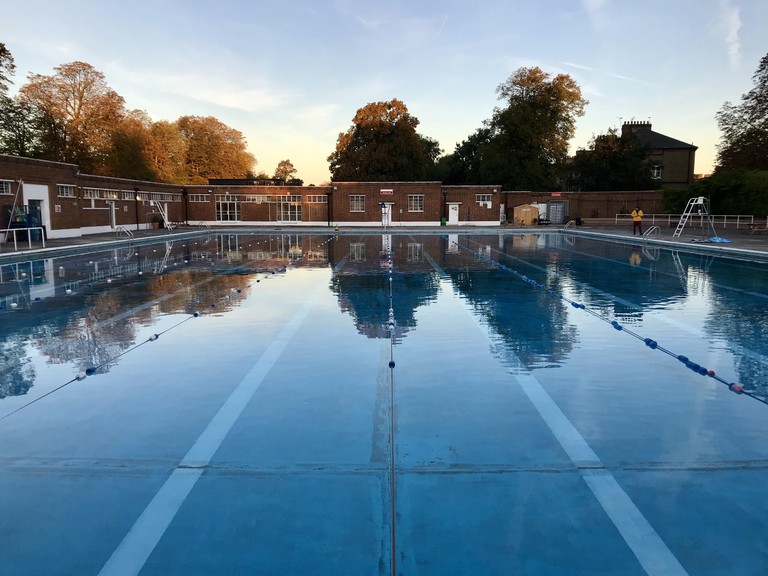 This beloved local landmark has been plonked near the Herne Hill entrance to Brockwell Park since 1937. While summer is when it truly shines – you will need to book your swim slot well in advance – the lido is open all year-round. Inside, you will find a pool, gym, exercise classes – like yoga and HIIT – as well as a cafe. It even features in the pages of Libby Page’s novel, The Lido.

Dance the Night Away at Hootananny

Music Venue
Facebook
Email
Twitter
Pinterest
Copy link
Share
After whiling away an afternoon in Brockwell Park, there’s nothing better than spending the evening at Hootananny, just steps from the Brixton entrance. It sits within an old Victorian pub and there’s a lovely pub garden here, too, that’s home to street-food stalls serving Mexican, jerk chicken and oven-fired pizzas. Keep an eye out for the popular live-music nights. 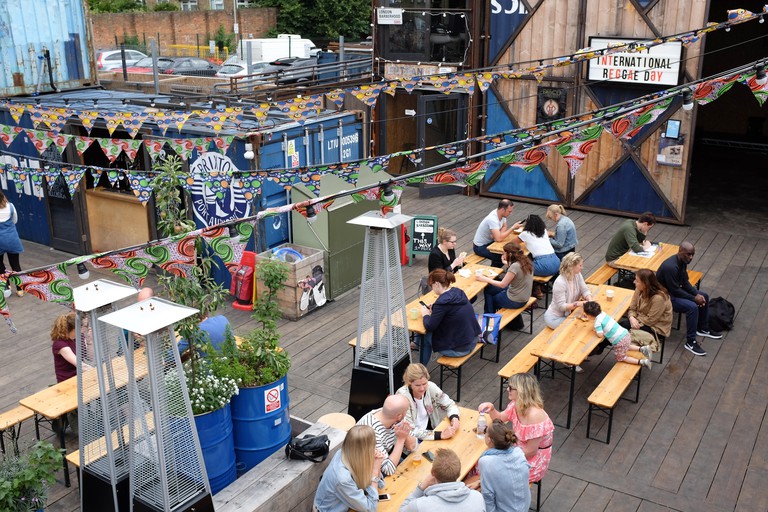 © Trevor Mogg / Alamy Stock Photo
A community initiative that was initially designed as a temporary project, Pop Brixton is a space that allows over 55 local businesses to thrive. As well as being a foodie hub – you haven’t lived until you’ve tried the bao buns from Viet Box – it’s a space for retailers, makers, designers, digital start-ups, a community barbershop and a youth radio station. On Fridays and Saturdays, it’s an over-18s venue from 6pm, making it another stop on your Brixton bar circuit.

Explore the Past at the Black Cultural Archives 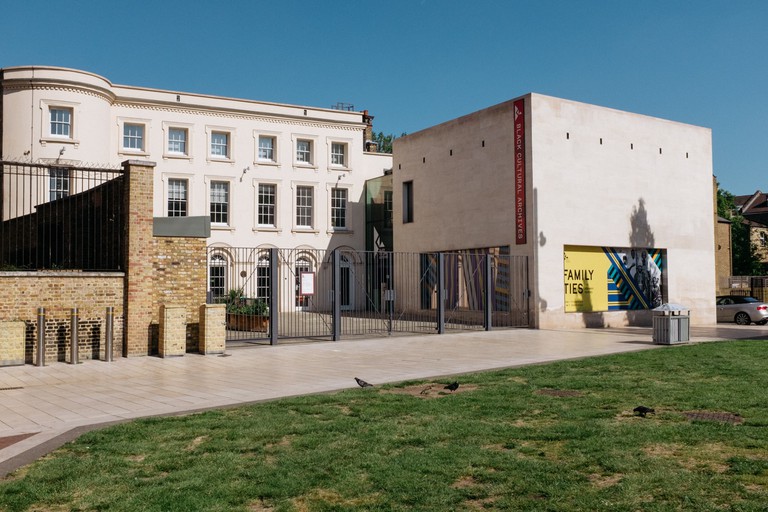 Brixton has been home to strong African and Caribbean communities ever since immigrants settled in the area following World War II. Their history is celebrated at the Black Cultural Archives – the only centre of its kind in the whole country – with a collection including personal mementoes, photographs and rare books. The BCA also puts on tours, history walks and special exhibitions, many of which cost just a few pounds.

Lose Yourself in a Story at Bookmongers 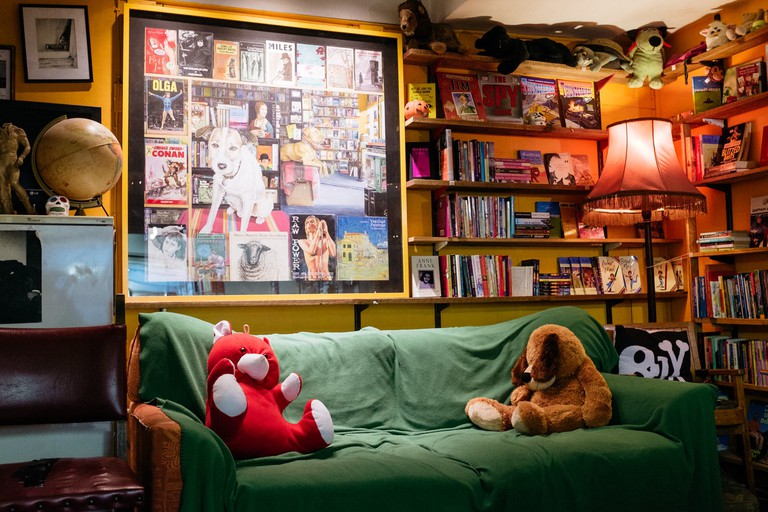 This second-hand bookshop is a real treasure trove, stocking everything from poetry and plays to cookery and craft books. The apparent lack of organisational system at Bookmongers just adds to its charm and increases your chances of stumbling across a gem – but the owner Patrick is on hand to offer guidance if you need it. There’s even a shop dog to keep you company while you browse. 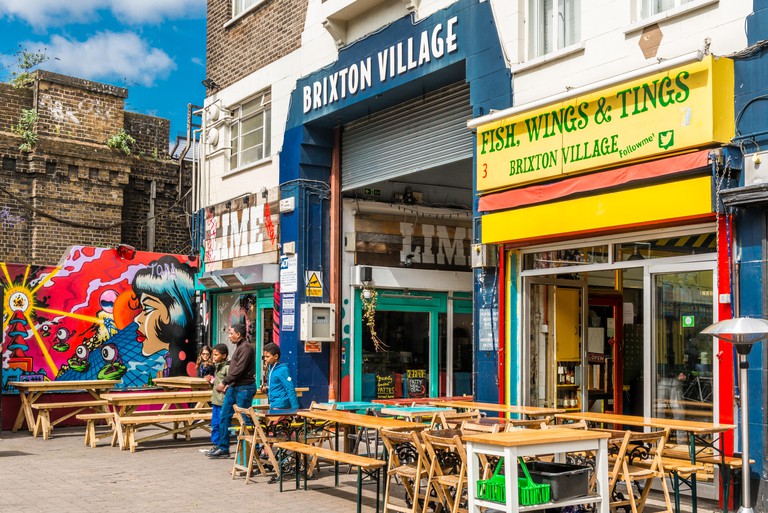 Great Caribbean food isn’t hard to find in Brixton but Fish, Wings and Tings serves up more than jerk chicken and curry goat. Trinidadian chef Brian Danclair has combined his French training with flavours from his home to create nouvelle Caribbean cuisine. The result is dishes like prawn roti with curried chickpea and codfish fritters with ginger and lime aioli – plus a whole range of homemade sauces.

Catch a film at the Ritzy 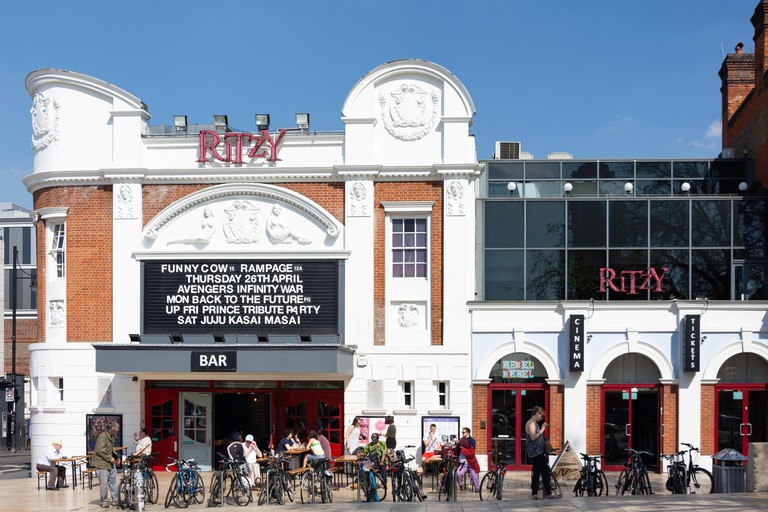 The Ritzy is a true Brixton institution. It’s one of the oldest cinemas in south London and still retains that vintage feel with its varied programme of new releases, indie screenings and late-night showings. And it’s not just about movies and popcorn – the bar overlooking Windrush Square is a great place to grab a drink and the upstairs café plays host to a range of club nights.

Looking for more city adventures? Check out our list of the best things to do in London.