The Best Things to Do in the Lake District With Kids 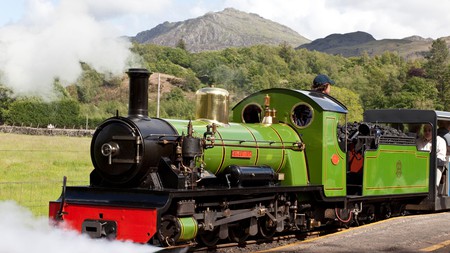 Looking for ways to keep the kids entertained in England’s Lake District? Look no further – Culture Trip has put together a list of the best family-friendly activities in the area, including outdoor adventures, historic castles and magical exhibitions.

Find the woodland faeries at Brockhole on Windermere 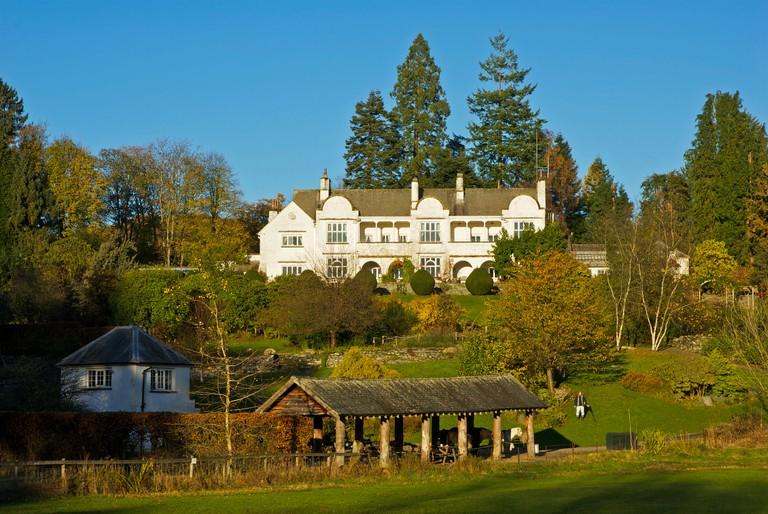 © John Morrison / Alamy Stock Photo
This outdoor attraction at the Lake District Visitor Centre in Windermere has a full range of activities to keep kids of all ages entertained. Younger children will enjoy the magical woodland faerie trail, a collection of over 50 faerie houses and hidden doorways scattered throughout the dense ferns and moss-covered rocks of the woodland. There’s also a nine-hole minigolf course, laser clay shooting and a treetop trek, as well as boats, kayaks and bikes for hire.
Open In Google Maps
Ecclerigg, Windermere, England, LA23 1LJ, United Kingdom
+441539446601
Visit Website
Give us feedback 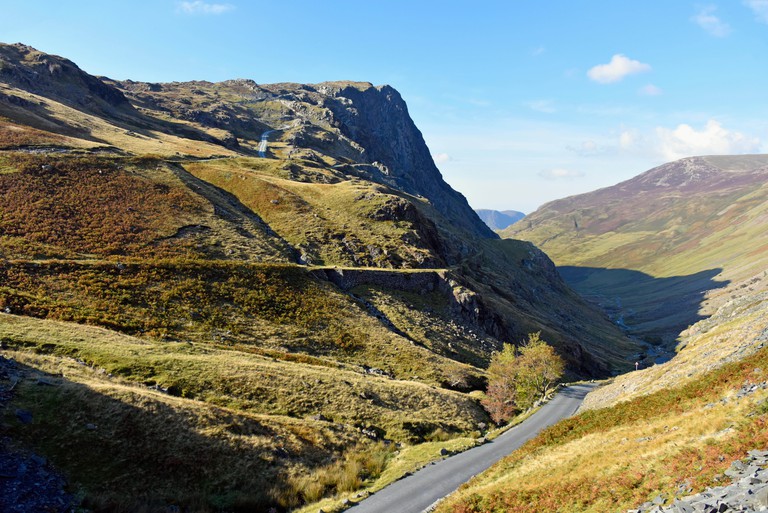 © Stan Pritchard / Alamy Stock Photo
Located at the head of Honister Pass, Honister Slate Mine produces the famous Westmorland Green Slate, a 450-million-year-old material that has been extracted here for centuries. The highlight of a visit is a guided underground tour that allows you to explore the tunnels and caverns of Fleetwith Pike and experience what life was like for miners of the past. As it’s deep under the surface of the earth, it’s the perfect activity for a rainy day. Honister Pass is also the starting point for a walk up to Great Gable or Dale Head.
Open In Google Maps
Keswick, England, CA12 5XJ, United Kingdom
Give us feedback

Take to the water at Coniston Boating Centre 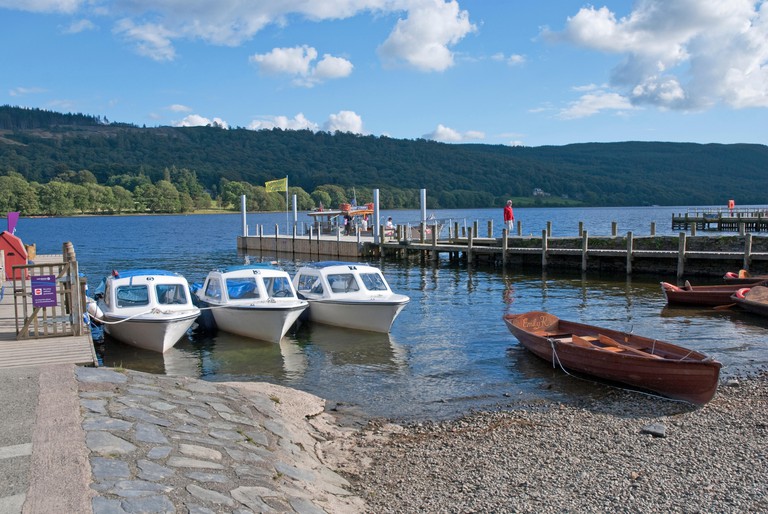 © Martin Cooke / Alamy Stock Photo
Coniston Water is the third-largest lake in the Lake District, and the best way to explore it is on the water itself. Coniston Boating Centre offers motor boats, rowing boats, sailing dinghies, kayaks, paddleboards and canoes for hire. From the water, you’ll encounter unbeatable views of The Old Man of Coniston mountain, and you can also cruise past John Ruskin’s house at Brantwood. If you’d rather stick to the shore, there are also bikes available.
Open In Google Maps
Lake Road, Coniston, England, LA21 8AN, United Kingdom
+441539441366
Visit Website
Give us feedback

Go Ape is one of the UK’s best-loved outdoor adventure operators, known for its treetop rope courses and Forest Segway Safaris. At Go Ape Whinlatter, you can challenge yourself in the treetops or explore the forest on an all-terrain Segway, which allows you to reach vantage points normally only accessible to experienced hikers. The dramatic views from the Whinlatter Pass location are just as exhilarating as the activities on offer. 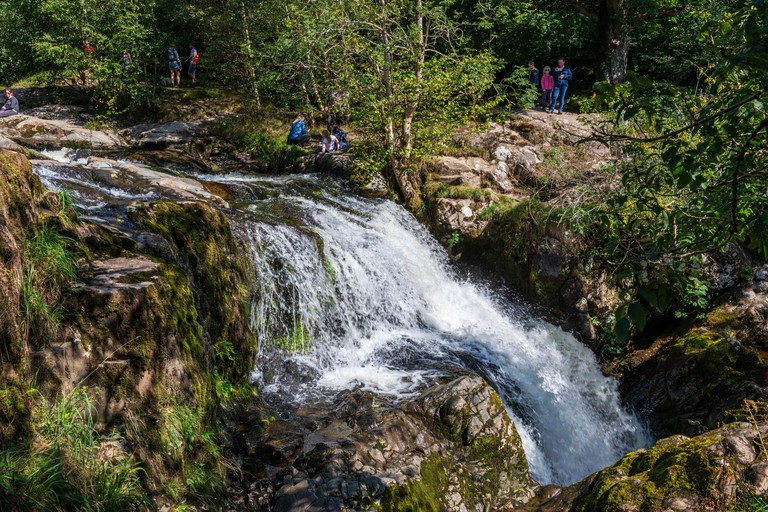 © Angus McComiskey / Alamy Stock Photo
Immerse yourself in the beauty and power of nature at Aira Force, the most famous of the Lake District waterfalls. Located in a landscaped Victorian park with an arboretum and rocky scenery, Aira Force features a spectacular display that falls 21m (70ft) from below a stone footbridge. There are a number of family-friendly walks in the area too, including the route that inspired William Wordsworth to write his most famous poem, “I Wandered Lonely as a Cloud”.
Open In Google Maps
Matterdale, Penrith, England, CA11 0JY, United Kingdom
Visit Website
Give us feedback 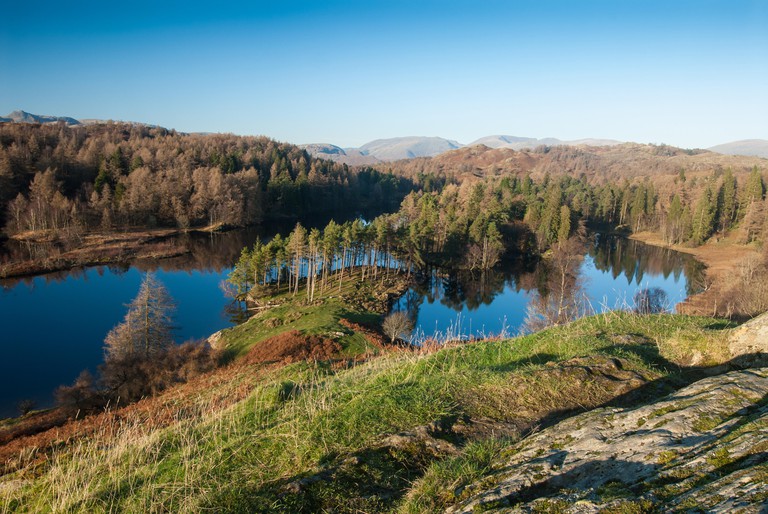 © Stephen Sykes / Alamy Stock Photo
Tarn Hows is one of the Lake District’s classic routes – and it’s an easy circular walk for the whole family, with lovely views over the tarn (a small mountain lake). The gentle walk is easily reached from the villages of Coniston, Ambleside and Hawkshead, and is pushchair- and wheelchair-friendly. Those with limited mobility can book a Tramper, an all-terrain mobility scooter that is part of the National Trust’s commitment to making its magnificent destinations accessible to everyone.
Open In Google Maps
Ambleside, England, United Kingdom
Give us feedback 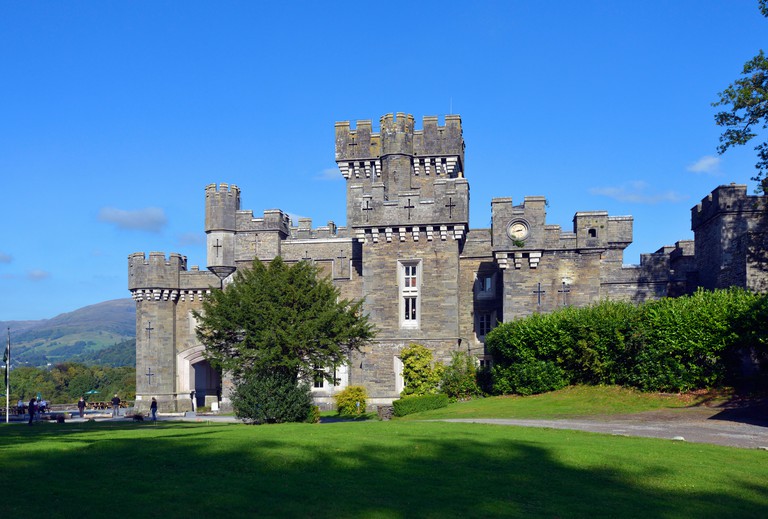 © Stan Pritchard / Alamy Stock Photo
On a rainy day, head to Wray Castle, a mock-gothic castle on the shores of Windermere. There’s an abundance of indoor activities for kids, including foam play blocks, dress-up costumes, mock ruins and a billiard room. There’s even a Peter Rabbit Adventure based on the popular CBeebies TV series – help Mr McGregor pick vegetables in the garden, lend a hand in the kitchen and then settle down in the treehouse to watch a few episodes.
Open In Google Maps
Low Wray, Ambleside, England, LA22 0JA, United Kingdom
+441539433250
Visit Website
Give us feedback

Immerse yourself in the world of Beatrix Potter 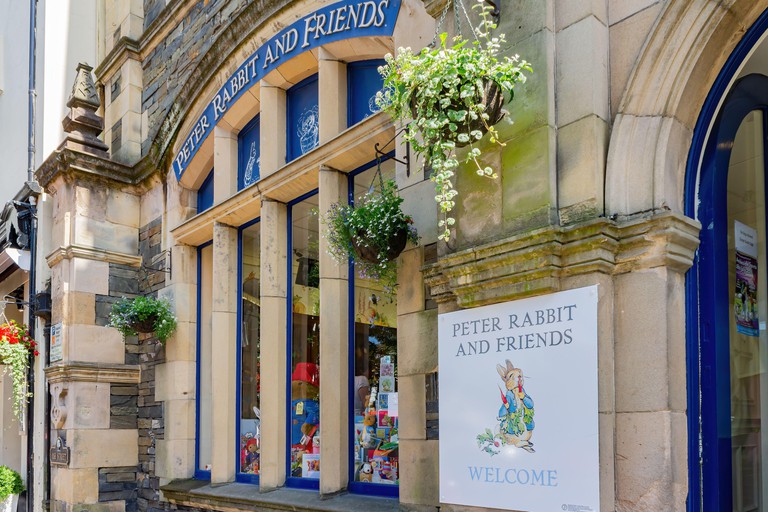 © Chon Kit Leong / Alamy Stock Photo
Beatrix Potter is one of the world’s best-loved children’s authors, and she lived in the Lake District for much of her life. The surrounding landscape and its wildlife inspired many of her famous characters, from the mischievous Peter Rabbit to the silly Jemima Puddle-Duck. Immerse yourself in the magical world she created at The World of Beatrix Potter, a family attraction in Bowness-on-Windermere that brings her enchanting tales to life.
Open In Google Maps
Crag Brow, Bowness-on-Windermere, Windermere, England, LA23 3BX, United Kingdom
+441539488444
Visit Website
Give us feedback

Take a trip on the Ravenglass and Eskdale Steam Railway 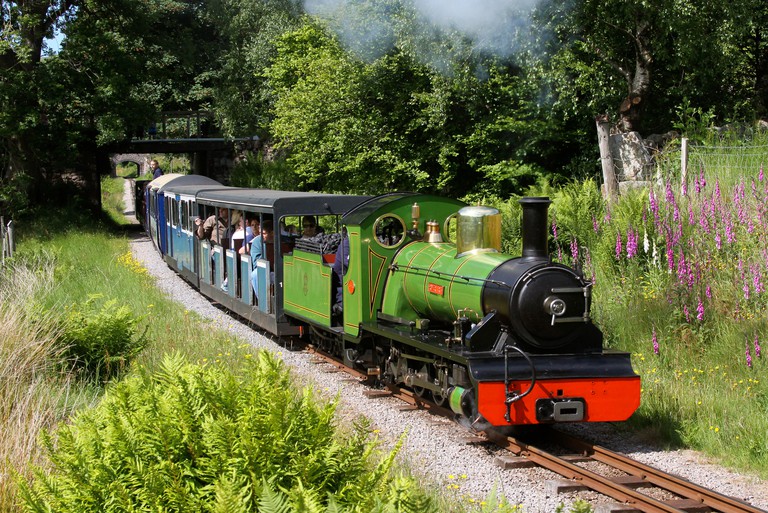 © Phil Metcalfe / Alamy Stock Photo
Travel back in time with a trip aboard the historic 15in (381mm) gauge Ravenglass and Eskdale Steam Railway, which dates back to 1875 and was originally used to transport iron ore. The pretty heritage railway runs between the coastal village of Ravenglass and Dalegarth Railway Station near Eskdale, a tiny civil parish in a valley at the foot of England’s highest mountains. Along the way, it passes through 11km (7mi) of spectacular scenery.
Open In Google Maps
Station Main Street, Ravenglass, England, CA18 1SW, United Kingdom
+441229717171
Visit Website
Give us feedback 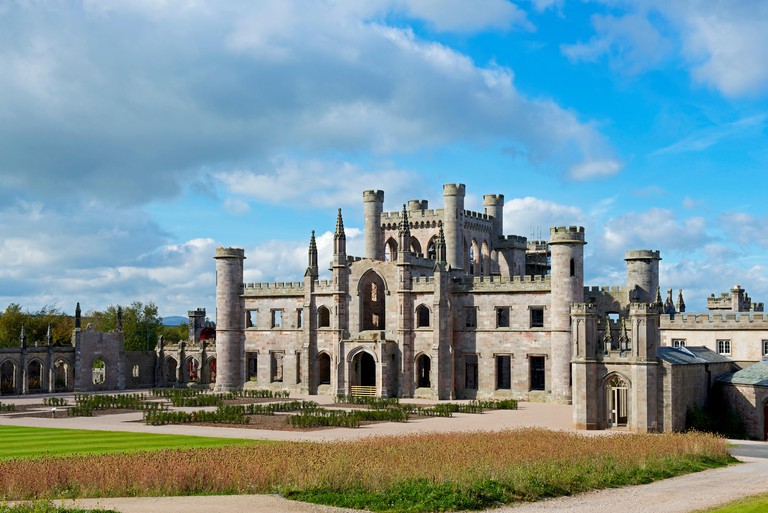 © John Morrison / Alamy Stock Photo
Built at the turn of the 19th century, this imposing castle was a grand country home for more than 150 years. In 1957, however, the castle was demolished, leaving just the facade and outer walls standing – and for more than half a century, it was left deserted. Today, it’s one of the Lake District’s most popular attractions, with dramatic ruins and intriguing gardens. After you’ve explored the castle and its gardens, hire a cycle and venture out into the surrounding countryside.
Open In Google Maps
Lowther, Penrith, England, CA10 2HH, United Kingdom
+441931712192
Visit Website
Give us feedback

Meet the alpacas at the Lingholm Estate 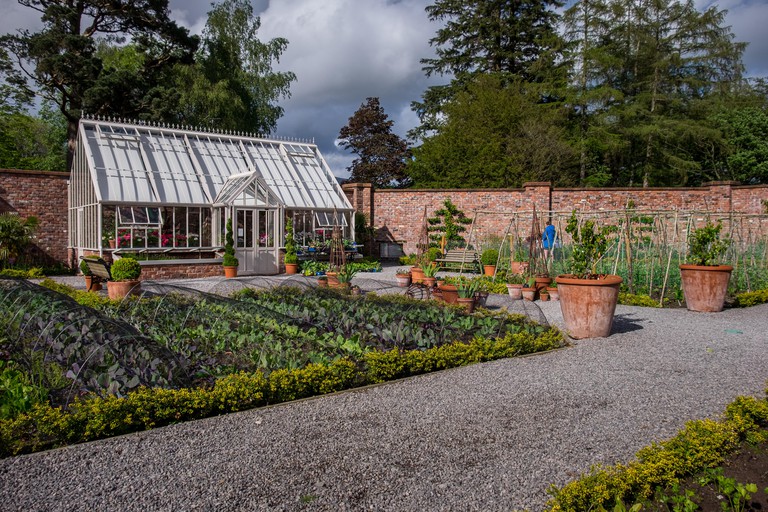 © Rob Arnold / Alamy Stock Photo
Kids will love the opportunity to meet the alpacas at the Lingholm Estate in Keswick. Every Saturday and Sunday afternoon (with extra dates during school holidays), you can hand-feed the alpaca herd and learn all you’ve ever wanted to know about these cute animals from expert guides. The location on the shores of the Derwentwater is also pretty special. Stop by the Lingholm Kitchen after visiting the alpacas for afternoon tea in a spectacular glass-fronted building that overlooks a restored walled garden.
Open In Google Maps
Lingholm Lodge Portinscale, Keswick, England, CA12 5TZ, United Kingdom
+441768774238
Visit Website
Give us feedback
Give us feedback