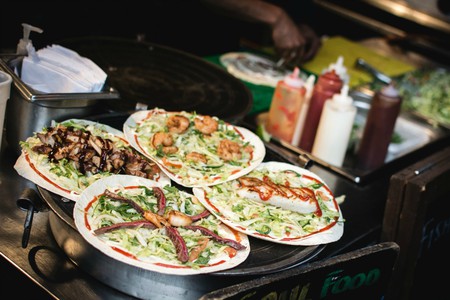 B.eat Street, Manchester’s permanent home of street food, may be closing its doors to the public in favour of hosting private events, but the city is still filled with an eclectic array of street food vendors offering delicacies on-the-go – for those who prefer their food fast or al fresco. With street food markets popping up everywhere, from Piccadilly Gardens to Altrincham market, the choice can be overwhelming. Here are our picks of the very best street food around the city.

One of the best pizzas in Manchester, Honest Crust serve up their delicious dough from their permanent spot at Altrincham market, as well as making an occasional appearance at other markets and events around the city. The main selling point of their wood-fired pizzas are their simplicity. The dough is made from just flour, water and salt, and the ingredients are simple and sustainably sourced, with classic Margarita, tasty Portobello mushroom, and spicy pepperoni being their most popular picks. 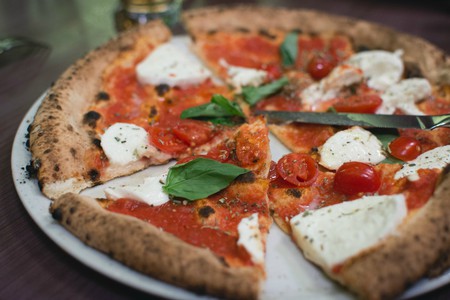 Popping up all around Manchester’s suburbs, from Levenshulme to Chorlton, the culinary duo behind Ottö-Men concentrate just as much on ensuring their offerings are ethical and GM-free as they do on perfecting the tantalising taste of their Mediterranean cuisine. Taking tips from contemporary Turkish, Italian and Greek flavours, their dishes go beyond the standard offering of falafel, hummus and olives to tempt with more intricate dishes, although the aforementioned classics do all feature on the menu.

Manchester’s street food scene isn’t just about savoury options – there are plenty of sweet treats available. Making appearances across the city’s food markets, as well as in their very own pop-up cake bar on Oxford Street, Lush Brownies serve up an array of homemade brownies and blondies, as well as a selection of pies and cakes. Gluten-free and vegan options are available too, plus a variety of unusual flavours alongside the usual classics. 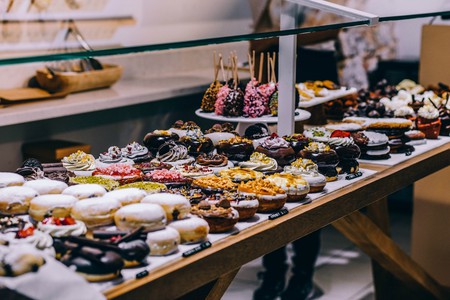 If you haven’t tasted poutine, then you’re in for a treat. Blue Caribou Poutine have brought the Canadian classic to the streets of Manchester, frequently appearing at Levenshulme market and various other venues around the city. It’s a known fact than Mancunians love gravy on their chips, but poutine takes it a step further, mixing skin-on fries with a tasty meat gravy, and of course cheese. The popular street food stall doesn’t stop there however, creating its own unique take on poutine with Japanese and British twists.

With a number of locations around the city – from supper clubs at Trove to residencies in Northern Quarter bars, and appearances at street food markets – Holy Crab are more than just a good pun. Focusing on tasty seafood, especially crab and oysters, Lou and Hannah, the duo behind the delicious dishes, are on a mission: to get the public to eat more sustainable seafood, while trying something slightly outside its usual comfort zone. Dishes include contemporary fishy fusions, such as crab fritters, Bloody Mary mussels and oysters with spicy dressings. 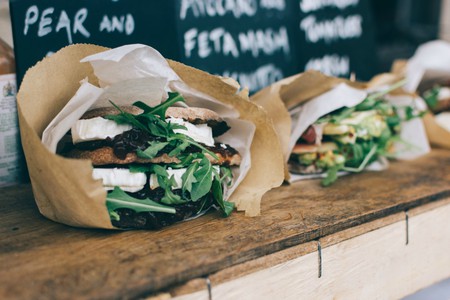 Appearing at various Maker’s Markets around the city’s suburbs, Wallace and Sons’ instantly recognisable green van is also a firm fixture at Levenshulme market and GRUB food fair. Their Pan Asian menu offers Eastern treats such as bao, gyoza and kimchi that tend to quickly sell out; if you see their van, make a bee-line for it before the crowds arrive!