The Best Luxury Hotels in Bristol 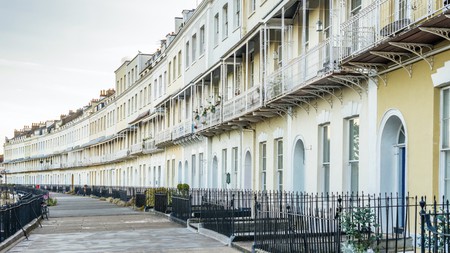 Bristol has no shortage of high-quality hotels, no matter what your budget. If you’re looking to splash out, there are some brilliant luxury options to choose from. From former stately homes to modern glass-fronted towers, there are numerous high-end accommodation options available to the discerning traveller. Here are eight of our favourites. 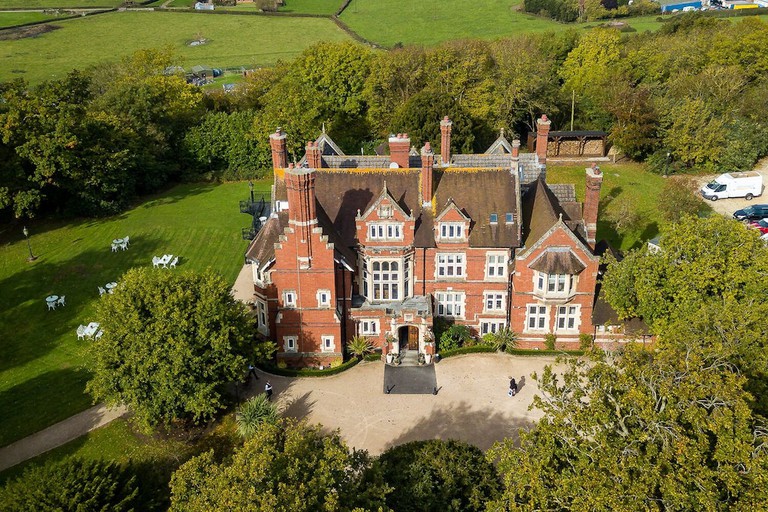 Courtesy of Berwick House / Expedia
View Rooms
Price Drop
Now from $173 per night
Once an Edwardian mansion, Berwick Lodge is now a beautifully designed hotel on the northern fringe of Bristol. There are only 14 rooms, but each has its own distinct feel, although all are outfitted with vintage furniture and fixtures, as well as open fireplaces. When you tire of all this opulence, the South Welsh countryside is there to be exploited, and the Hattusa restaurant is a masterclass in fine dining, as well as afternoon tea and full-English breakfasts.
More info 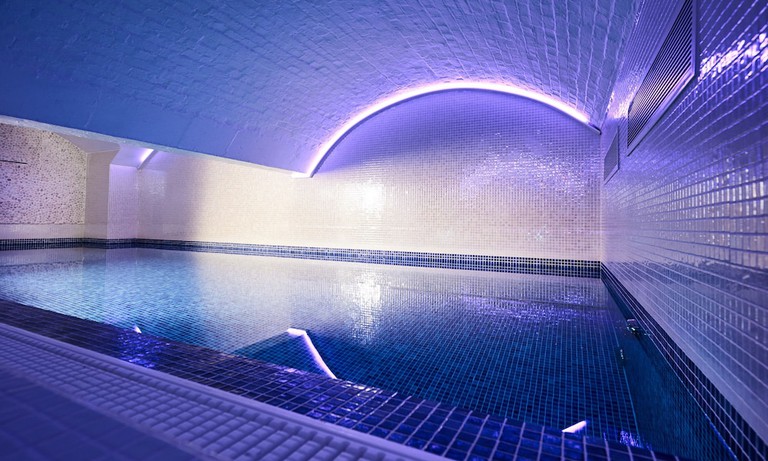 Courtesy of Bristol Harbour Hotel / Expedia
View Rooms
Despite the name, this hotel doesn’t actually reside on the harbourside, but in two former bank buildings in the heart of the city. With gin and sherry decanters provided on arrival, Bristol Harbour Hotel & Spa has 42 beautifully designed rooms outfitted with rainforest showers, Egyptian cotton sheets and huge windows overlooking the bustling St Nicholas Market, which sits on the hotel’s doorstep. As the name suggests, the Jetty restaurant has a leaning towards seafood, and, like Harbour’s other hotels, the menu was designed by expert chef Alex Aitken.
More info 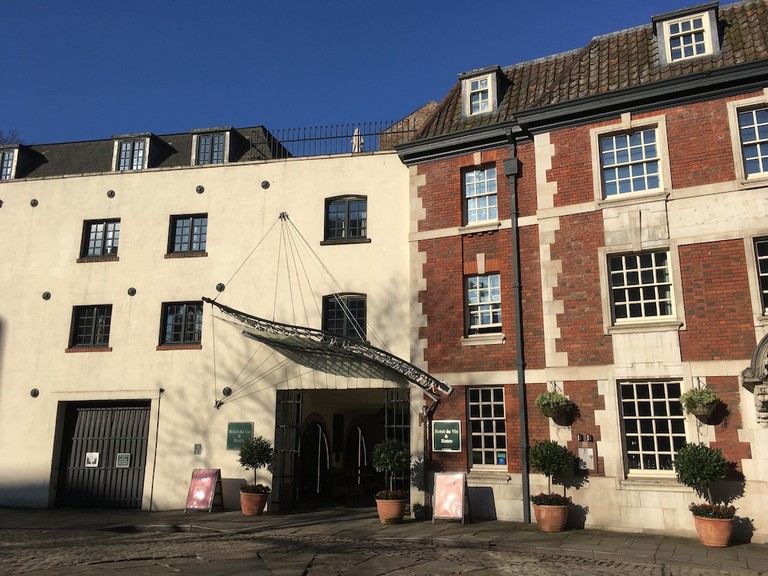 The romantically-furnished bistro at Hotel du Vin means a good meal is never far away | Courtesy of Hotel du Vin / Expedia
View Rooms
Price Drop
Now from $133 per night
Equidistant from the harbourside, the Old City, the Watershed and more, Hotel du Vin is about as central as it’s possible to get. If you want the formative Bristolian experience, this is the place to stay. The hotel itself is exquisite, utilising a set of 18th century sugar houses to build a post-industrial masterpiece. For a touch of class, each room is named after a wine, port, champagne or whiskey. Every single room has a king-size bed and monsoon shower, but the suites have full mezzanine bathrooms . One even has twin tubs. The hotel also sports a cosy, candle-lit French style bistro.
More info 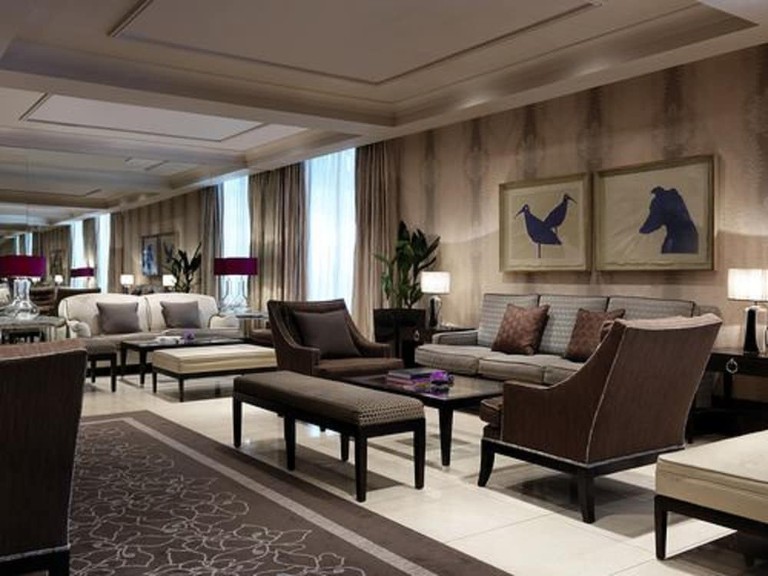 Courtesy of The Bristol Hotel / Expedia
View Rooms
Price Drop
Now from $122 per night
Owned and operated by The Doyle Collection hotel chain, The Bristol has a very bauhaus feel on the outside, with heavy, blocky architecture. If that isn’t to everyone’s liking, the inside more than makes up for it. The rooms all have classic wooden furniture and duck down bedding, as well as specially selected bathroom products made by local business, Temple Spa. The River Grille offers British bistro food, and is particularly reputable for its steaks, which you can eat in the company of an in-house pianist on Fridays and a jazz trio on Saturdays.
More info 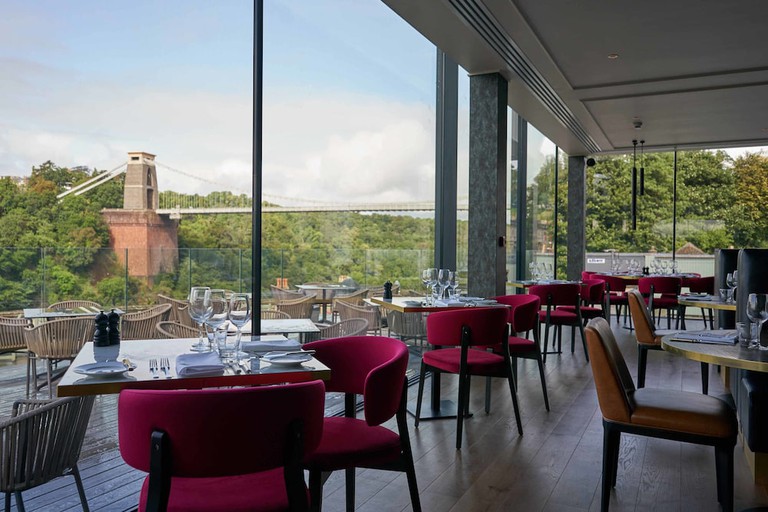 Courtesy of Avon Gorge / Expedia
View Rooms
Price Drop
Now from $126 per night
The fact that two hotels by Hotel du Vin appear on this list speaks to the quality of its work. Avon Gorge is something of a Cinderella story. Despite being perfectly situated to overlook the eponymous gorge and the Brunel-designed Clifton Suspension Bridge, this hotel site was known as a spot to miss for many years. Hotel du Vin took over management and transformed it into one of Bristol’s top hotels, retaining the character the building had as a spa when it was first opened over 120 years ago, adding layers of both luxury quirkiness in the decor. The bathrooms are all tiled and the windows are all floor-to-ceiling. If you want the best view in the house, head to the terraced bar and restaurant.
More info 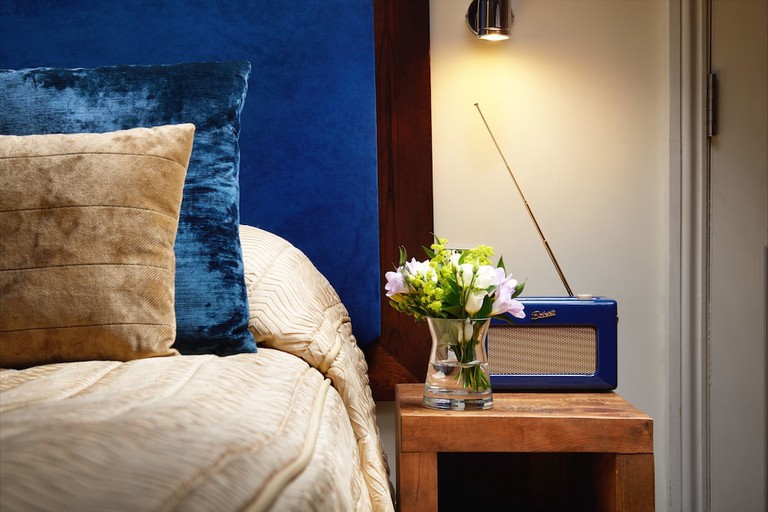 Courtesy of Berkeley Suites / Expedia
View Rooms
Price Drop
Now from $115 per night
If you want a luxury feel with a degree of autonomy, book into Berkeley Suites. This high-end aparthotel complex sits right between Clifton and the city centre, mere yards from Bristol Museum & Art Gallery. The apartments themselves are sleek, replete with high-end furniture and stylish design choices, and fully kitted out with bedroom and sitting room areas as well as spacious bathrooms. The building itself is Grade-II listed, so you can expect some unusual design choices, including lots of fireplaces, not necessarily where you’d expect them. There’s no restaurant on site, but you can get 20% off at The Square Kitchen and use of the supplied minibar is totally free.
More info 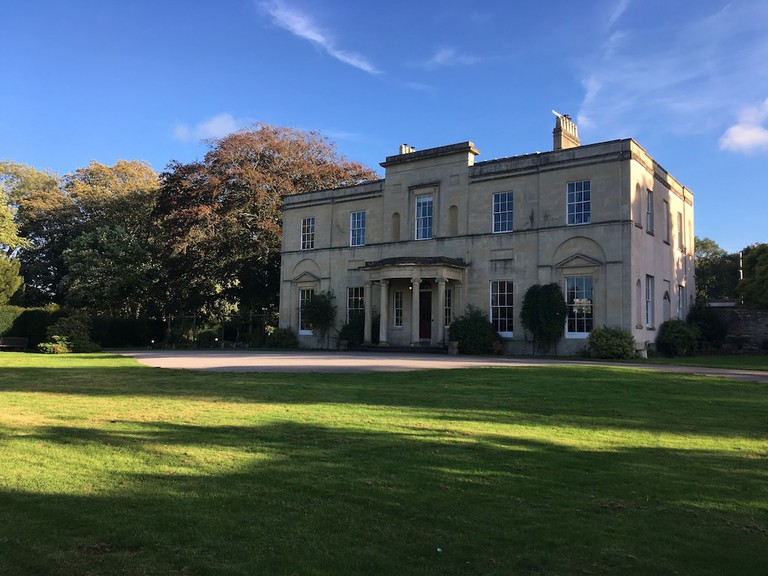 Courtesy of Backwell House / Expedia
View Rooms
Price Drop
Now from $133 per night
With only nine rooms, Backwell House might be small in terms of capacity, but it more than makes up for its small size with 120 acres of grounds. Formerly an Edwardian stately manor, it is now one of the jewels in greater Bristol’s tourism crown. Sitting a few miles east of the city proper, it is surrounded by idyllic countryside. The grounds contain a herb garden, woodland walking routes and a rose garden, while the hotel itself has a cinema room, a restaurant specialising in small plates and afternoon tea, and for those inclined, massage therapy which can be ordered straight to your room. As to the decor, regal is the name of the game. Each room is named for a family who previously owned the manor and feature fun quirks like old school bakelite telephones, as well as huge copper free-standing bathtubs and four-poster beds.
More info 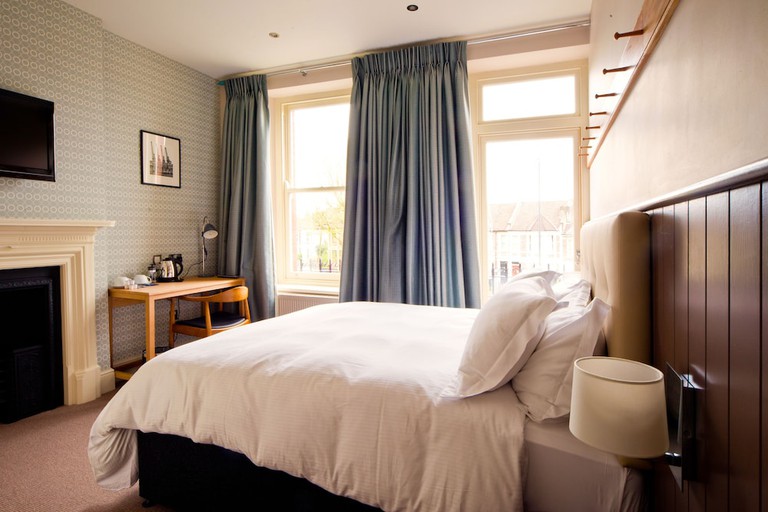 Courtesy of The Wellington / Expedia
View Rooms
Price Drop
Now from $123 per night
Who says you can’t have a high-end experience at a pub? The Wellington is run by Bath Ales, and while the pub aspect feels just as honest and down-to-earth as any other, the rooms themselves conceal an extra layer of extravagance. They’re well insulated to keep out the match-day roars and the general bustle of the city (The Wellington is located on tourist favourite Gloucester Road), and the beds are huge, with 100% cotton sheets, and rainfall showers. Head downstairs for a huge selection of local beers and ciders, and plenty of hearty, locally sourced dishes.
More info
Give us feedback