The Best Hotels to Book Near Villa Park, Birmingham 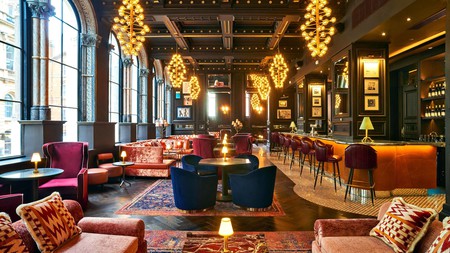 Birmingham‘s Villa Park has been the home of Premier League football club, Aston Villa since 1897 – the seats are even coloured blue and claret after the team’s home kit. On match day, the stadium holds up to 42,000 fans and on occasion, it’s used as a music venue. So, whether you’re planning to catch a game or a concert, here are some of the best hotels in the area – all bookable on Culture Trip. 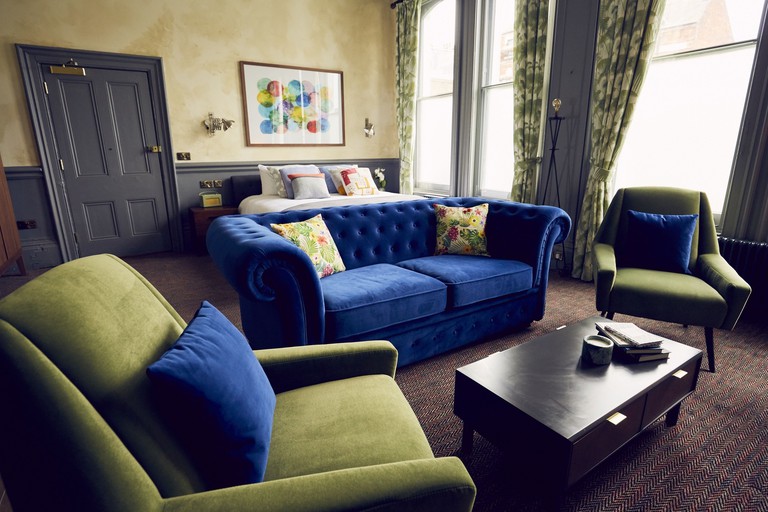 Courtesy of Frederick Street Town House / Expedia.com
This jewel box of a place is in the heart of Birmingham’s Jewellery Quarter, around a 10-minute drive from Villa Park. Upon stepping into the smart townhouse, you’re greeted by playful décor with pops of colour running throughout.

The boutique hotel has various room configurations, including singles for solo travellers and a junior suite complete with a free-standing bathtub. On the dining front, the hotel has several sister sites in the area, offering everything from cosy pub meals to cocktails and nibbles. 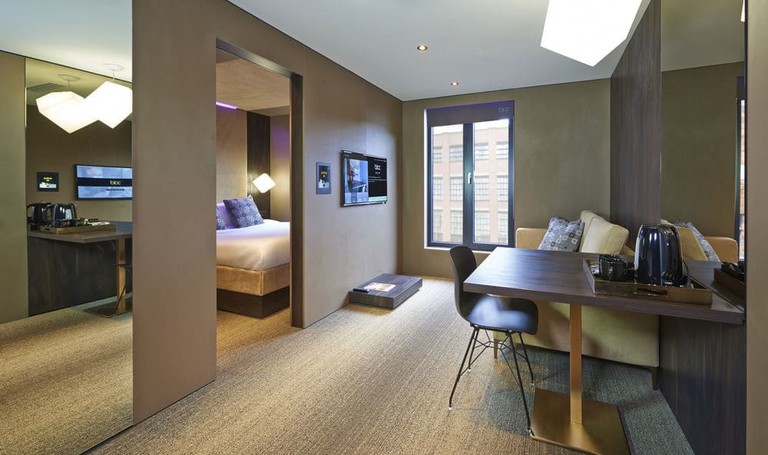 Courtesy of BLOC Hotel Birmingham / Expedia
Smack-bang in Birmingham’s vibrant jewellery quarter, this clutter-free hotel offers affordable accommodation in a top location. The rooms are small but perfectly formed with mood lighting, climate control and wet rooms that are all pocket-friendly – but if you fancy a bit more space to play with, there are also apartments available.

You can order breakfast to go; the hotel has also partnered with a local restaurant to offer an eat-in option. If you’re in the city to catch a game, Villa Park is just over 10 minutes drive away. 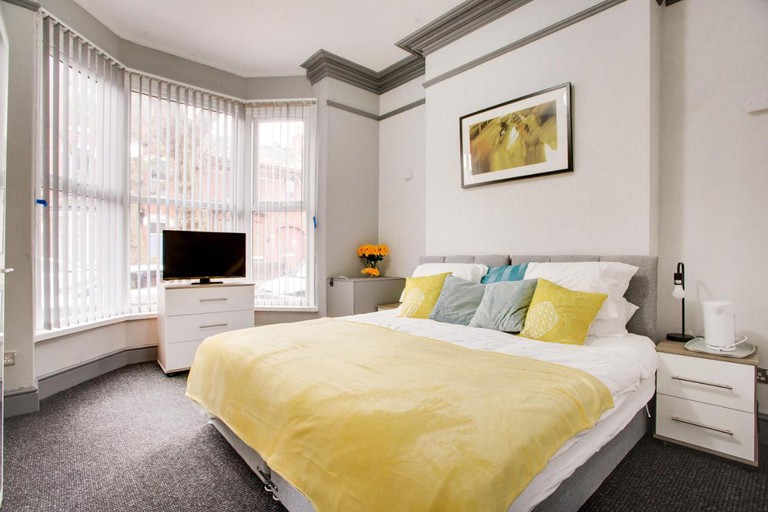 Courtesy of Wray And Whyte House / Booking.com
Feel like a local at this homely bed and breakfast. The property – which has a bright feel with whitewashed walls and splashes of colour here and there – offers four double rooms and three single rooms spread over three floors. If you’re travelling with a group of friends, family or work colleagues, the entire house can be booked out.

Communal areas include a kitchen, a dining room and an outdoor smoking area. In terms of location, this home is in the heart of a local community – just a six-minute drive from Villa Park or less than half an hour on foot. 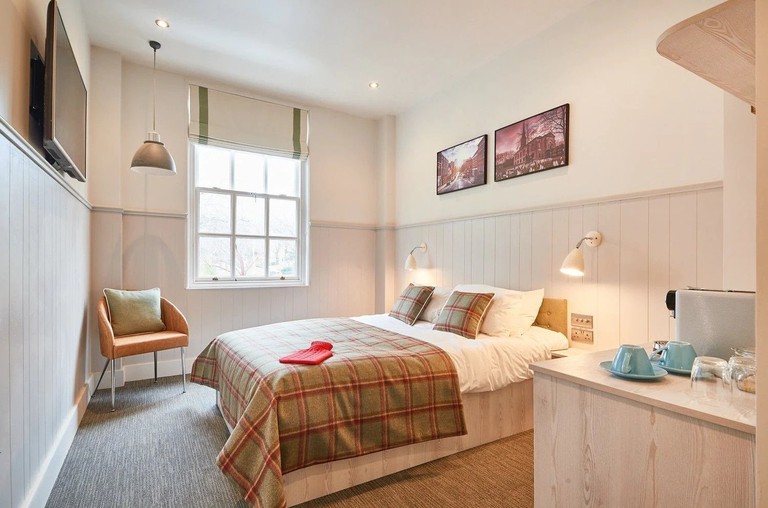 Courtesy of Saint Paul's House / Expedia.com
From the get-go, this hotel impresses with a photogenic red-brick and porticoed exterior – inside, the interiors are just as appealing. The hotel, which has a hip and modern feel with a mix of funky fabrics, naked lightbulbs and exposed brick walls, has 34 well-appointed rooms to choose from.

On the ground floor, the restaurant and bar serve as buzzing spaces with all-day menus available and bottomless boozy brunches proving popular with both local people and visitors. Saint Paul’s House is set in the heart of the Jewellery Quarter, a 10-minute drive from Villa Park. 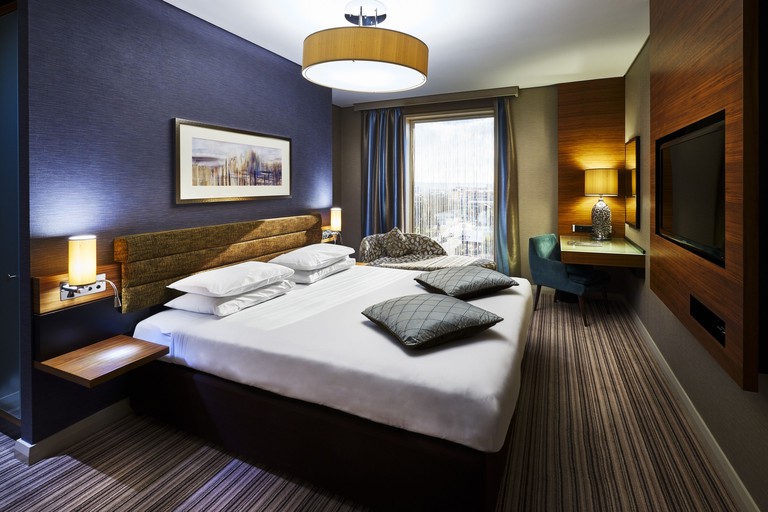 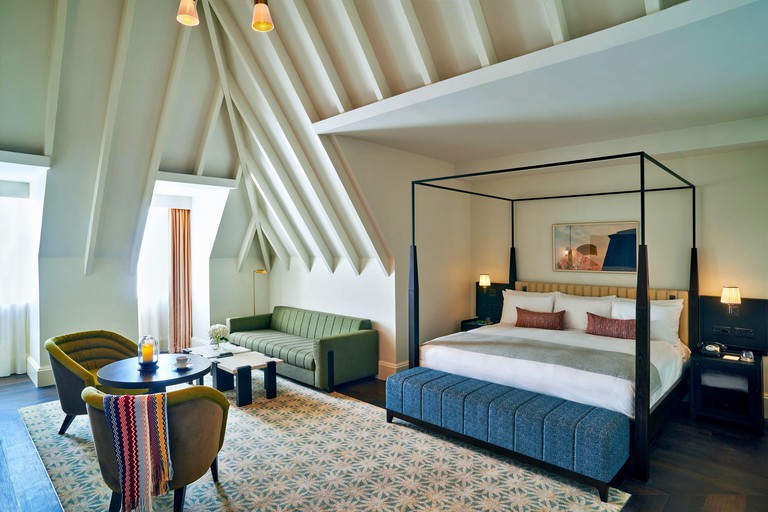 Courtesy of the Grand Hotel Birmingham / Expedia.com
The name of this 19th-century hotel gives the game away, with a sense of opulence hitting you as soon as you step into the lobby – with a double-height ceiling, pillars, gold-leaf detailing and polished stone floors. Throughout the property, there’s a theatrical edge, with modern fixtures and fittings singing alongside original period features.

There are 185 rooms that have been updated for the 21st-century traveller – one of the most impressive options is the luxury Penthouse Suite, which has its own bar and table football. The Madeleine Bar is perhaps the hotel’s most decadent space, while the New York-style brasserie has a sense of swagger with everything from creamy oysters to juicy strip steaks on offer. To get to Villa Park, leave around 15 minutes to travel by car. 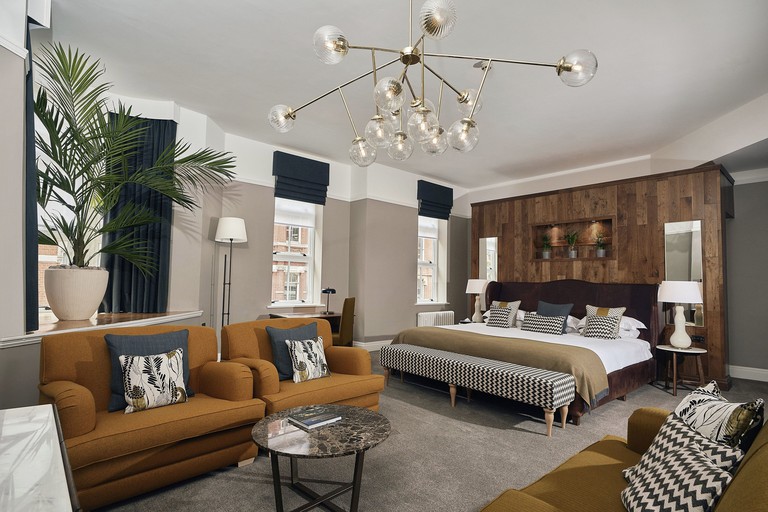 Courtesy of Hotel du Vin Birmingham / Expedia.com
Once an eye hospital, this property in the Jewellery Quarter is now a sight to behold – thanks to complete refurbishment by the luxury hotel chain, Hotel du Vin. The red-brick Victorian property offers 66 rooms and suites, which exude character, flair and a little sexiness in true Hotel du Vin style.

As with its other properties, good food is at the heart of affairs and the smart French-style bistro here doesn’t disappoint – with the crème brulee a particular highlight. There’s also a more low-key pub in the cellar, with a fine selection of local ales. 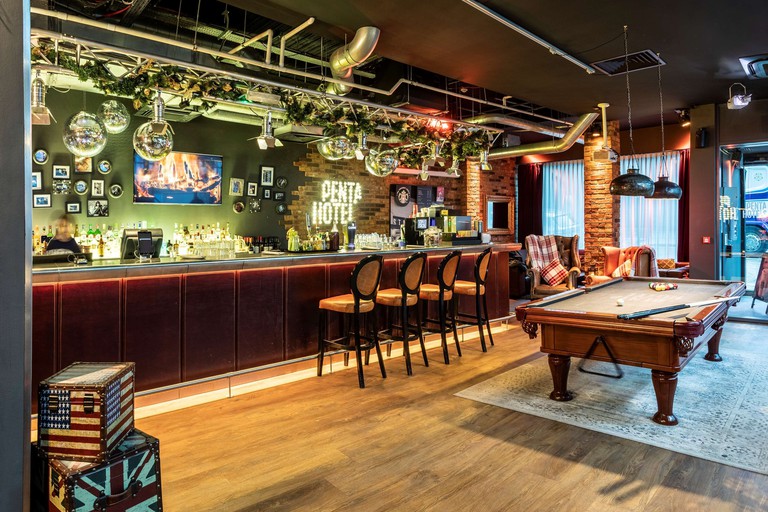 Courtesy of Pentahotel Birmingham / Expedia
Gamers will be in heaven at this hip hotel, with one of the room categories featuring PS4s for guests to unwind on. All of the rooms here have a modern and bright feel, with floor-to-ceiling windows allowing for plenty of natural light.

There’s a trendy restaurant and bar on the site, too – serving up everything from lemon parmesan chicken to long island iced teas. The location is convenient: close to the city centre and 10 minutes by car from Villa Park. 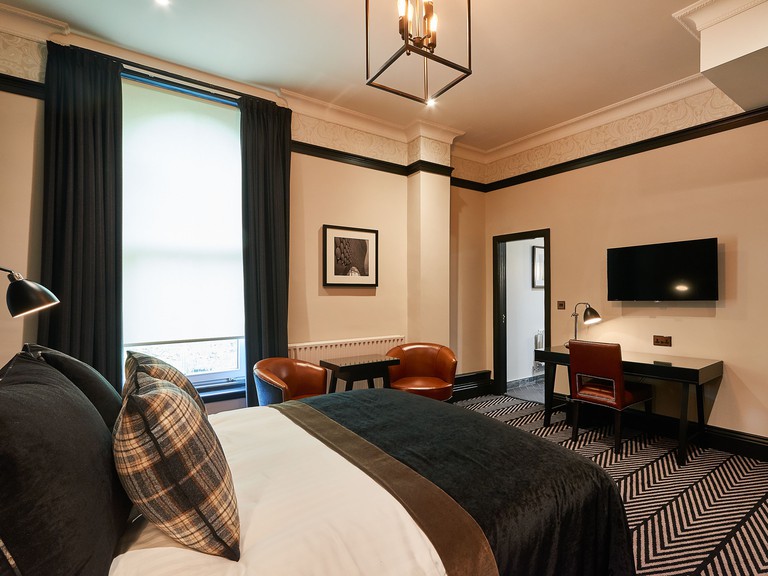 Courtesy of Macdonald Burlington Hotel / Expedia.com
Find yourself in the centre of the action at this upscale city centre hotel. Located on one of Birmingham’s elegant shopping arcades – around 10 minutes by car from Villa Park – this Victorian property is the perfect place to return to once you’ve shopped till you’ve dropped. There are 112 rooms and suites decked out with warm neutral tones.

The hotel is also a popular food stop for shoppers, with a restaurant serving up Scottish-inspired fare – and there’s also a delightful afternoon tea offering.

For more great places to stay in Birmingham, see the best family hotels and best boutique hotels in the city – bookable now through Culture Trip.