The Best Hotels to Book Near the Shambles, York 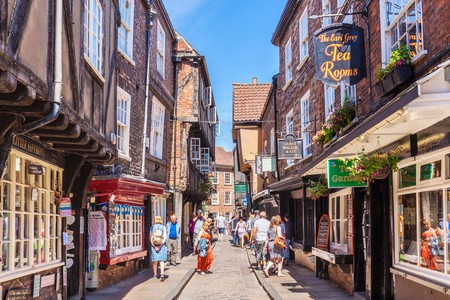 York’s most photographed street, Shambles, looks as though it has barely changed in centuries – the ramshackle assortment of medieval buildings converges over a narrow lane, with upper storeys overhanging the street below. More recently, the street became Diagon Alley in the Harry Potter films, bringing a new generation of visitors to the quaint shops and cafes of the Shambles. Stay in one of these top hotels nearby – bookable on Culture Trip. 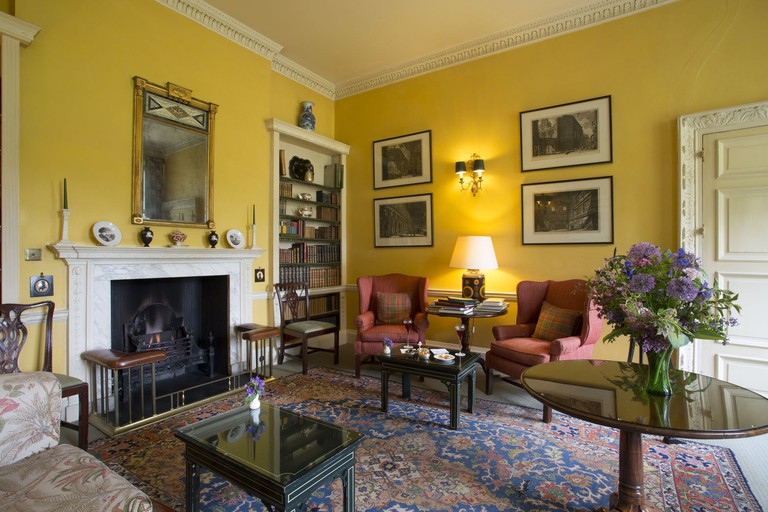 Courtesy of Middlethorpe Hotel and Spa / Expedia
Set in extensive landscaped grounds is a mansion house fit for a period drama – Middlethorpe Hall is 2mi (3km) from the city centre of York and feels as though it is set in a bygone century. Rooms are furnished to uphold the traditional country house motif, while the main suites make it easy to imagine you’ve stumbled into the pages of a Victorian novel. The hotel has undergone some modernisations, however, with a luxury spa and swimming pool available to guests. 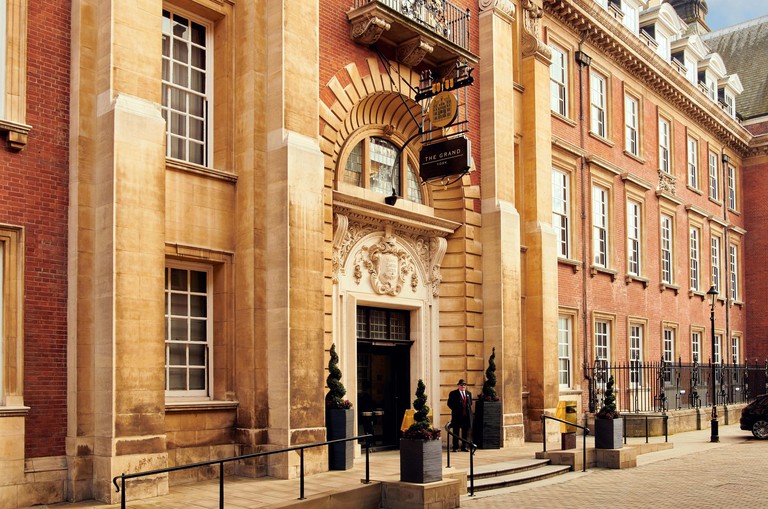 Courtesy of the Grand Hotel / Expedia

One of York’s most endearing features are its old city walls, which still encircle most of the centre. The aptly named Grand is a five-star hotel located right beside the old wall – and the handsome red-and-white brick, Edwardian facade is just a sneak peek at the elegance that lies within. Rooms are individually decorated in a range of plush fabrics, including crushed velvet headboards and Egyptian cotton sheets. A spa, a restaurant and a courtyard bar are just some of the hotel’s many amenities for you to enjoy here. 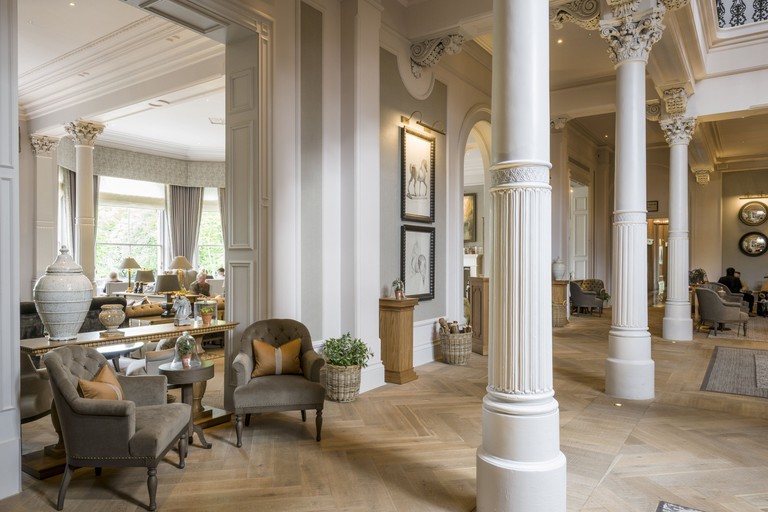 Presenting more like a palace than a hotel, the Principal York is a vast, sturdy Victorian pile sandwiched between York train station and the city walls. The building has been thoroughly refurbished so that modern amenities and comforts reign supreme, without losing the charm and atmosphere of the building’s heritage. The furniture is modern but elegantly designed – while modern tile bathrooms and rainfall showers ensure a night’s stay is a comfortable one. 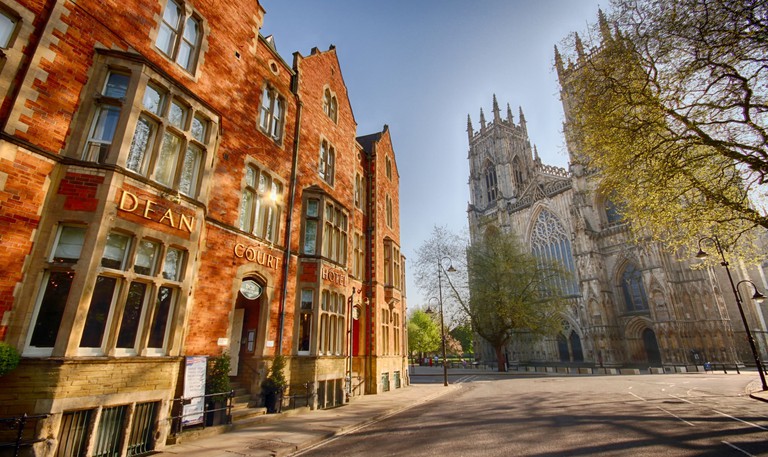 Another major highlight of York is its fabulous Gothic Minster, which happens to be a close neighbour of the Dean Court Hotel. The hotel was constructed in 1865 to house the clergy – look for the crossed keys on the side of the building, representing the keys to heaven. Rooms range from smaller doubles to suites, with elegant fleur de lis wallpaper and a separate living space with a sofa. For a special occasion, afternoon tea is available in the hotel restaurant. 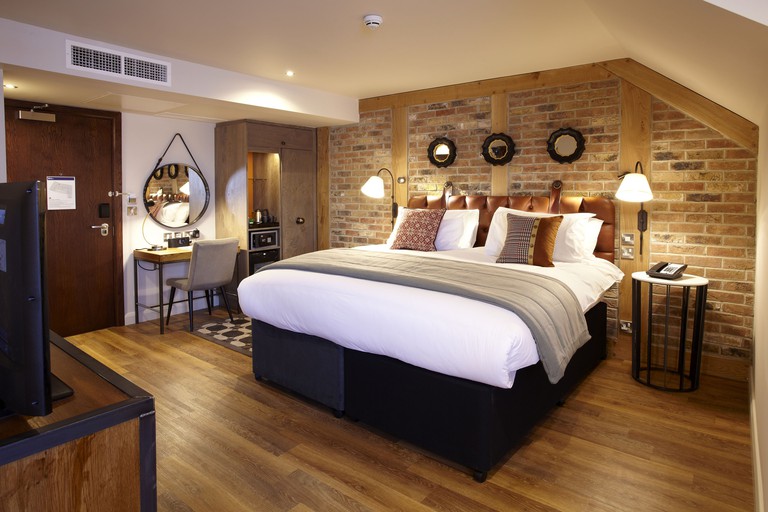 The modern Hotel Indigo York is located across the River Foss, a five-minute walk from the Shambles. This boutique hotel’s creative flair juxtaposes contemporary sensibilities with more traditional elements, such as elegant wooden wainscoting behind the bed facing brightly painted murals on the opposite wall – while bathrooms are clean and pristinely decorated in white tile with rainfall showers. The Indigo’s No.88 Walmgate restaurant specialises in Yorkshire cuisine made from locally-sourced produce. 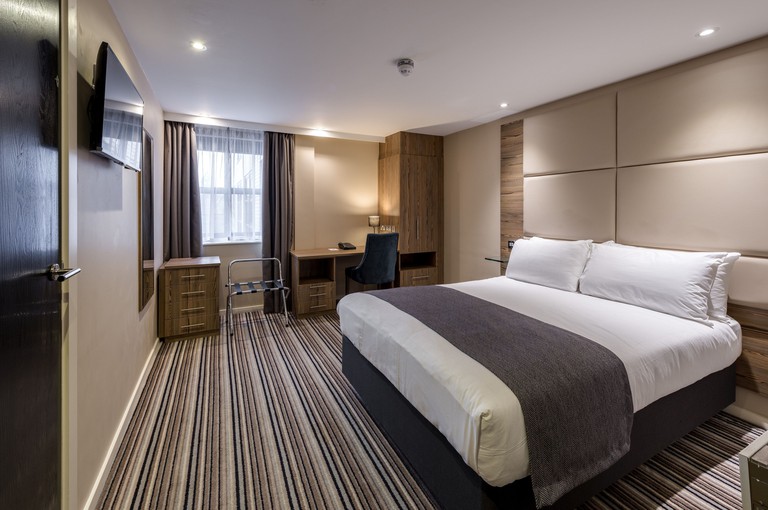 Courtesy of Holiday Inn York / Expedia
With a major chain hotel like Holiday Inn, you’ll always have a pretty good idea of what to expect from a night’s stay here. If you’re looking for the familiarity of white and green branding and comfortable, no-frills accommodations, then the York branch will not disappoint. The pillow menu is a neat touch, as the right pillow can make the difference between a good or poor night’s rest. The grave of Dick Turpin – the legendary highwayman – is just outside this hotel, too. 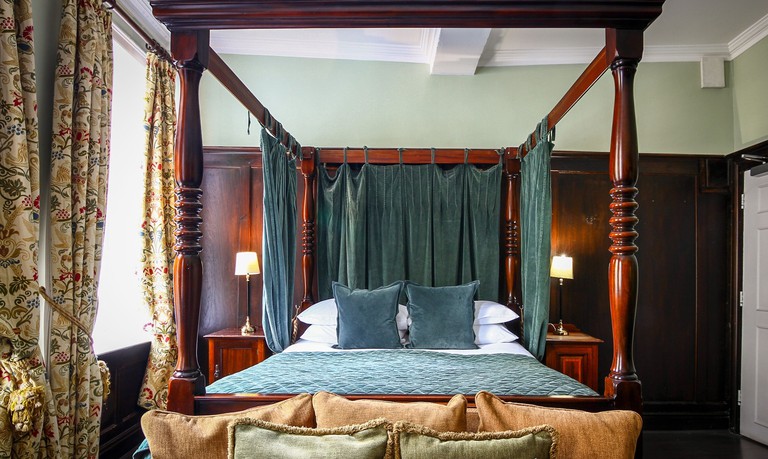 © Guy Fawkes Inn / Expedia
This inn is named after another infamous outlaw of yore, Guy Fawkes. There’s an ornate charm about the place, though – with floral curtains, four-poster beds, vintage sofas and carved wooden chairs all quirky features of the suites here. The pub downstairs is similarly outfitted, with gas lamps and a cosy fireplace for the winter months. This hotel is impeccably situated, across the road from York Minster and a few minutes from the Shambles. 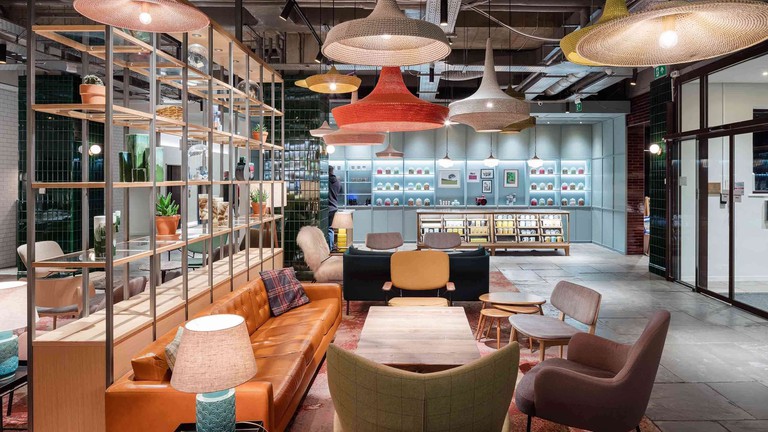 Are you looking for a hotel that is big on guest facilities such as an indoor swimming pool, room service and meeting rooms? Then the Novotel York Centre is a great choice for you, along with the trendy bar space with its flagstone floors, exposed ceiling pipes and extensive cocktail list. Rooms blend calming charcoal and white tones, while behind the headboards are woodland-themed murals – providing a playful touch to an otherwise modern hotel.

Looking for great places to stay in York? Check out our guide to the best boutique hotels in York, bookable on Culture Trip.