The Best Hotels to Book Near the Port of Southampton 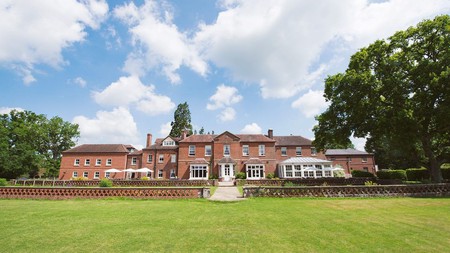 Known as the “Gateway to the World”, the Port of Southampton is the UK’s top export port and the largest cruise port in the country.

A great number of the world’s major cruise liners dock here, which is why it’s known as Europe’s leading turnaround cruise port. If you’ve booked yourself onto a cruise and don’t live nearby, you’ll likely need somewhere near Southampton port to stay for a night or two beforehand. Luckily, we’ve found some excellent options, all close to the docks for an easy and stress-free stay – bookable on Culture Trip.

A swift walk from both Southampton train station and the port will land you at stylish Southampton Harbour Hotel. Set right on the harbour, this place will get you in the mood for a cruise with its sea-view rooms. Subtle nautical details are peppered throughout – from porthole-style mirrors to the blue-on-blue colour scheme. Before setting off, treat yourself to an afternoon in the spa, and dine on wood-fired pizza at the rooftop restaurant and bar.

A boutique restaurant with rooms, Ennio’s is a smart choice for your stay near the Port of Southampton. Food is the draw here – a meal at the Italian restaurant below the rooms is a must. If you’re after a light bite, try the seared scallop risotto, or the burrata with heirloom tomatoes and basil pesto. Mains range from tagliatelle ragù to a rack of lamb, and you can top it all off with locally made gelato or tiramisu. 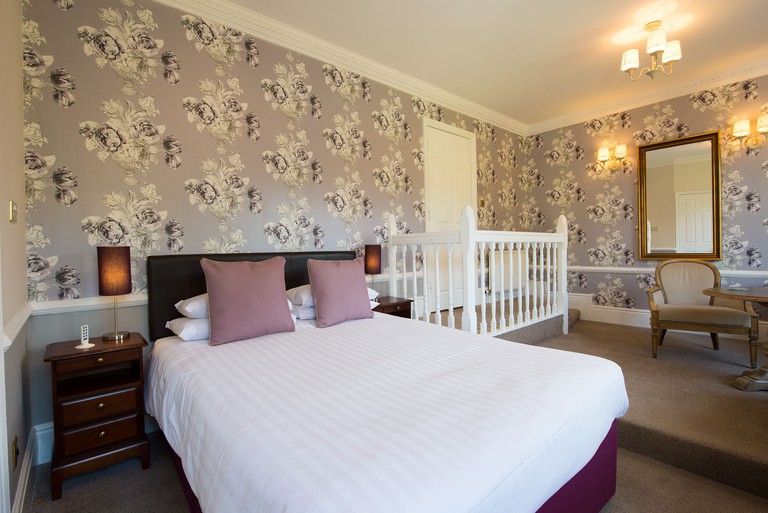 Courtesy of Woodlands Lodge Hotel / Expedia
For a special stay near the Port of Southampton, consider Woodlands Lodge Hotel. Nestled in the New Forest on three acres (1.2ha) of private gardens, there are 17 individually designed rooms here – treat yourself to one with a four-poster bed. Book afternoon tea to complete your quintessential English break – there are five different options, including a chocoholic version. 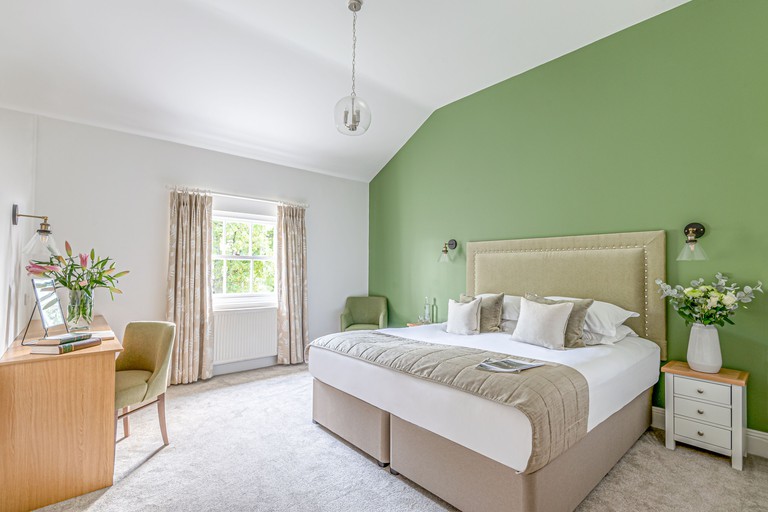 Courtesy of Bartley Lodge Hotel / Expedia
As Bartley Lodge Hotel emerges at the end of a woodland drive, you’ll know you’ve arrived somewhere unique. A classic yet modern English country pile, the hotel sits in a listed building, and all of the rooms – including suites fit with roll top tubs – are decked in calming tones. Book the Sunday lunch for a roast made with local ingredients.

Hotel
Facebook
Email
Twitter
Pinterest
Copy link
Share
With the New Forest on its doorstep and Southampton port a short drive away, the Pilgrim Inn is a perfectly placed option for your trip to the South Coast. Behind its thatched-roof facade, rooms have contemporary cool, with quirky wallpaper and ensuites with freestanding tubs. Meals are upgraded pub grub – think grilled aubergine and slow-braised beef – all made from locally sourced New Forest and Hampshire produce. 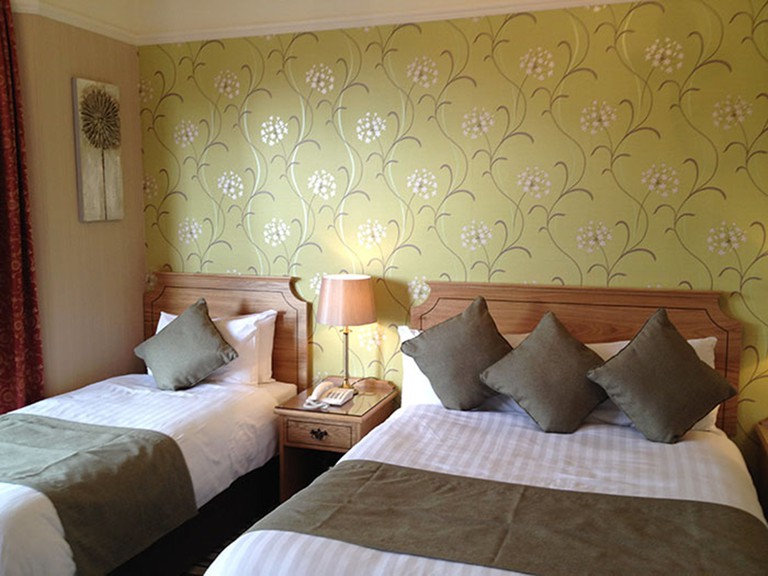 Courtesy of The Elizabeth House / Expedia
Ideally located near the Southampton terminal, Elizabeth House is one of the only hotels in the city with cruise parking – meaning your car will be safe and secure as you sail. The hotel itself was opened over 60 years ago by a former liner steward, and now boasts 27 spacious ensuites and a bistro serving seasonal dishes. 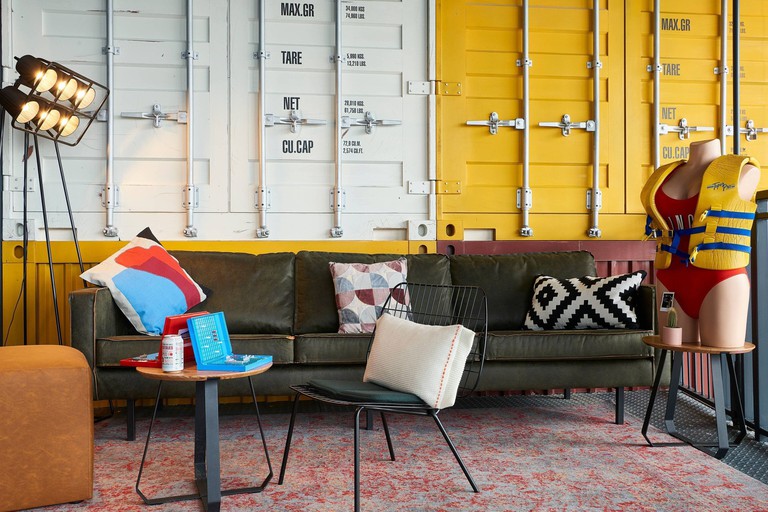 Moxy Southampton | Courtesy of Moxy Southampton / Expedia
If you love a hotel with all mod cons, it’s got to be Moxy Southampton. Beyond the retro-chic lobby and its 24-hour convenience store, you’ll discover rooms fitted with Chromecast tellies, multiple USB charging ports and an ensuite shower big enough for two. Check-in is at the bar, where you’ll receive a complimentary cocktail on arrival. Win! 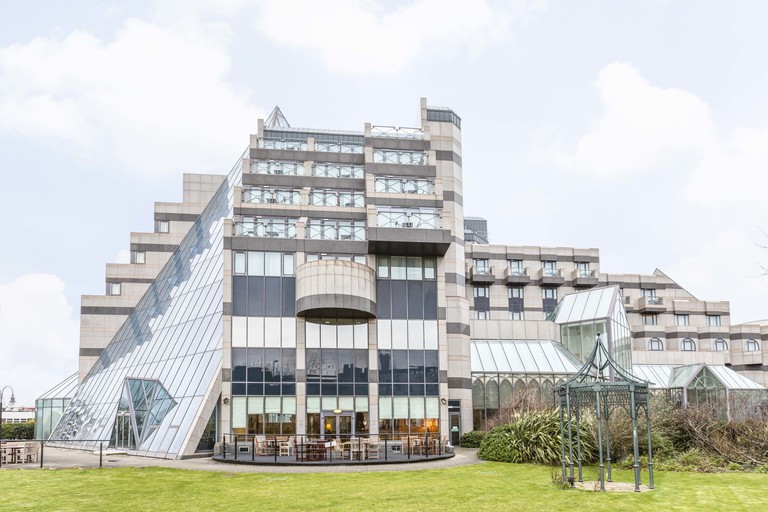 Courtesy of Leonardo Royal Southampton / Expedia
As its name suggests, the Leonardo Royal Hotel Southampton Grand Harbour sits right on the waterfront – a stay here means you’re just minutes from the port. Rooms are sleek and light-filled: the penthouse suite offers glorious sea views. You can also opt for a bit of pre-cruise R&R at the spa, with a sauna, indoor pool and massage treatments available to book.