The Best Hotels to Book Near Ely Cathedral 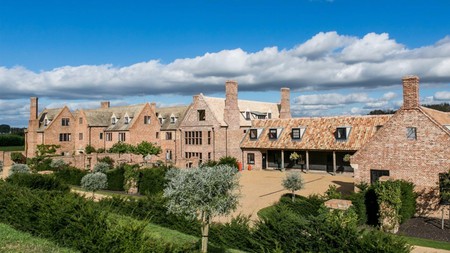 Stay close to Ely Cathedral at the Old Hall, a former Jacobean mansion house | Courtesy of The Old Hall / Expedia

The ancient city of Ely in Cambridgeshire makes for a brilliant weekend break. Its main historic landmark is the glorious Ely Cathedral, which dominates the skyline for miles around. To spend a full day seeing this architectural wonder up close, we’ve picked out some of the best accommodation options in the area, bookable with Culture Trip.

Striking Ely Cathedral started life in 673CE as a monastery and was designated a cathedral in the 12th century. There have since been several restorations of the landmark, with the most recent one spanning from 1986 to 2000 and costing more than £12 million. Already famed for its scale and stylistic architectural details, Pink Floyd fans might even recognise the cathedral from the cover of the band’s album The Division Bell. Those wanting to visit the cathedral and Ely can find our pick of the best places to stay in and around the city. 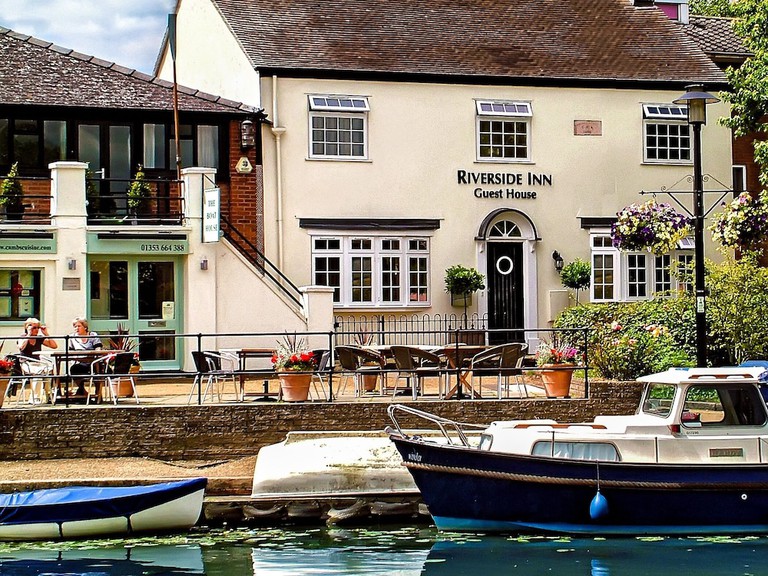 Courtesy of Riverside Inn / Expedia
Check Availability
Price Drop
Now from $126 per night
As the name suggests, this property boasts a prime location on the banks of the River Great Ouse and it’s just a 10-minute walk from Ely Cathedral. The rooms, many of which overlook the waterway, have traditional furnishings in a regal gold and red colour scheme. Along with top views, guests rate this place for the plentiful continental breakfast and friendly service. If you’re travelling by car there is also free parking.
More info 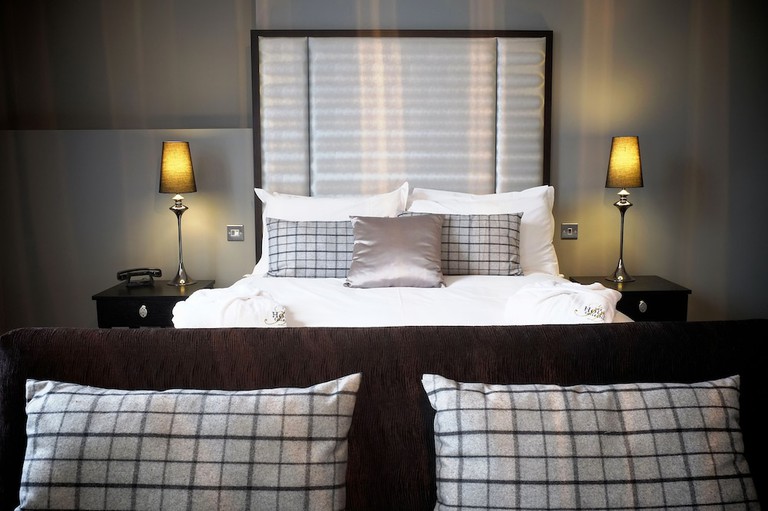 Courtesy of Poets House Hotel and Restaurant / Expedia
Check Availability
Price Drop
Now from $197 per night
Park yourself right next to Ely Cathedral at this picture perfect Grade II-listed property, which was once the home of a renowned local poet. The hotel features 21 stylish rooms, decorated in cool tones of grey with freestanding copper bathtubs that add extra wow factor. Playing on the literary theme, there are several dining venues including the Sonnet Lounge and Writing Room. There is also a delightful courtyard where you can wine and dine during the warmer months. Be sure to try a cocktail or two, and if you fancy whipping them up back at home you can sign up for a mixology masterclass.
More info 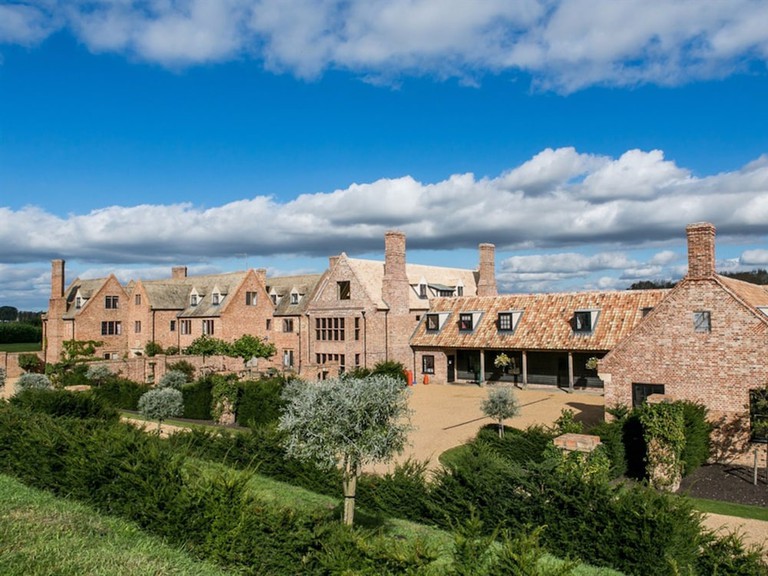 Courtesy of The Old Hall / Expedia
Check Availability
Price Drop
Now from $154 per night
Lap up fine surroundings and a stately atmosphere at this magnificent Jacobean manor house-turned-hotel, which is just a 10-minute drive from Ely Cathedral. In terms of accommodation, there are 15 classically styled guest rooms and many of them serve up superb views over the lakes and to the cathedral beyond. Another plus of this hotel is the delicious food, with bookings available for dinner, afternoon tea and Sunday lunch.
More info 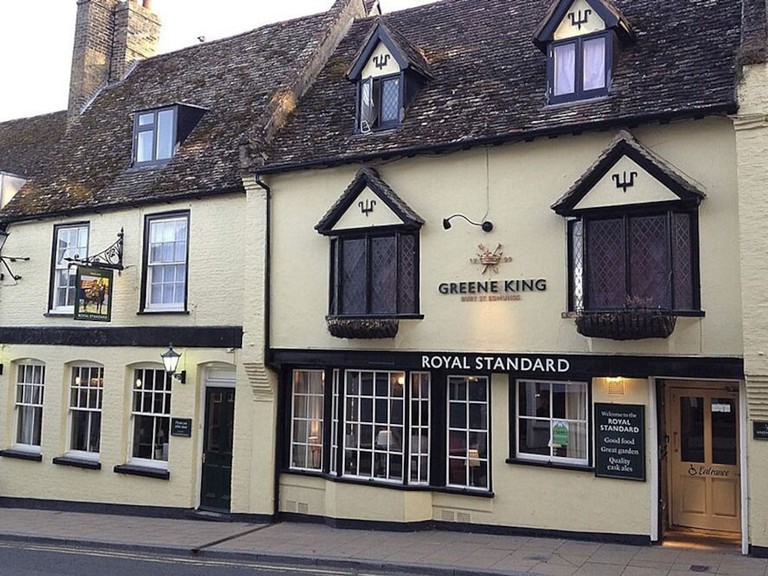 The Royal Standard | Courtesy of The Royal Standard / Expedia
Check Availability
Price Drop
Now from $120 per night
Step into this traditional pub and prepare to be surprised by the quirky touches that run throughout, from cowhide-patterned restaurant seats to bold feature wallpaper in the bedrooms. Modern touches are combined with period features – the original part of the pub dates back to the 15th century, making it the oldest building on Ely’s Fore Hill, which is just a five-minute walk to the cathedral. The rooms, which range from suites to doubles, have a thoroughly modern feel and this carries through to the restaurant, where dishes are a step up from standard pub grub – think salt and pepper calamari, beetroot carpaccio and vegan mushroom dumplings.
More info 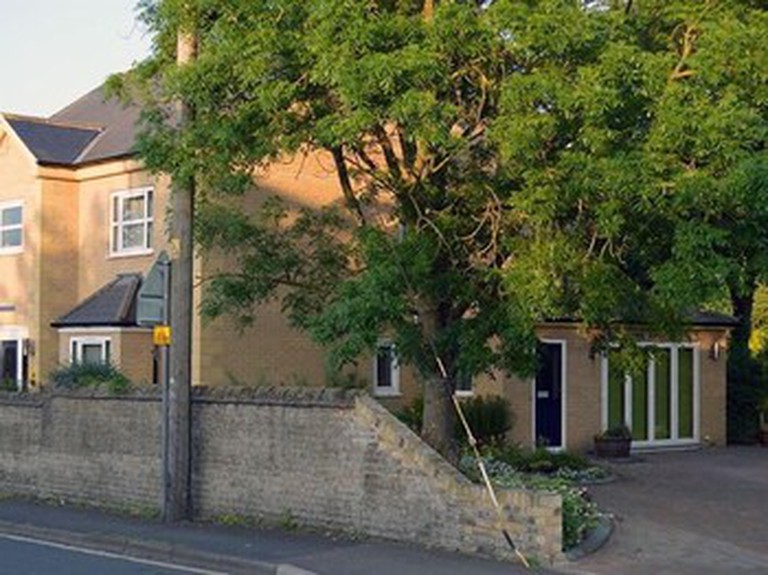 Courtesy of The Gate House Bed and Breakfast / Expedia
Check Availability
Unavailable for the next 3 months
Feel like a local at this homely bed and breakfast in the village of Littleport, less than a 15-minute drive from Ely Cathedral. Hosts Edna and Peter get top marks for their warm and friendly service and their home-cooked full English breakfasts. The modern home has two double rooms and one single for solo travellers. One of the property’s novelties is Peter’s 1964 BSA motorcycle, which takes pride of place on the upper landing. If you’re travelling by car, there’s off-road parking available.
More info

Check Availability
Get a taste of country life with a stay in this stately Victorian property, which is on a working farm about a 20-minute drive from Ely Cathedral. This bed and breakfast is an ideal spot for some rest and recuperation, with whimsical woodland gardens to explore and several nature reserves on the doorstep. Take your pick from one of four classically styled double bedrooms, complete with large sash windows overlooking the rolling countryside. Kick off your day with a delicious home-cooked breakfast including eggs fresh from the farm. During the winter months this is served in the dining room, complete with a log fire, while in the summer, the sunroom makes for a sublime dining spot.
More info 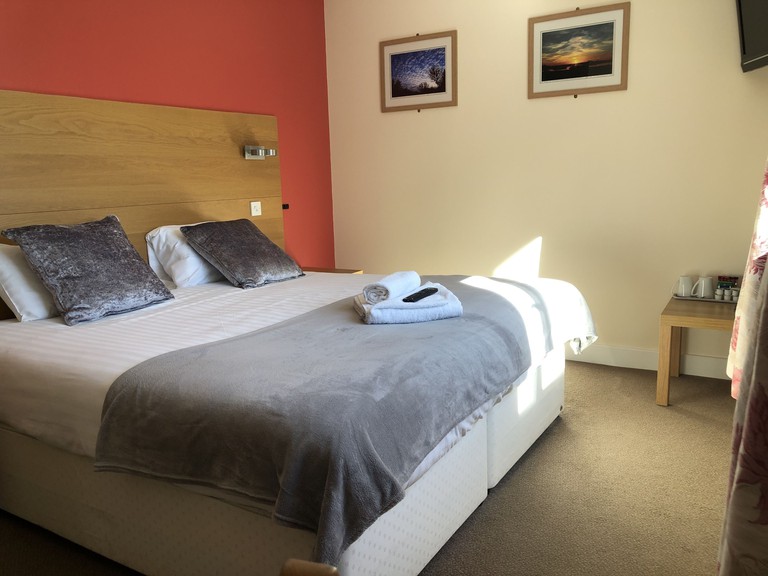 Courtesy of Little Downham Anchor / Expedia
Sail on over to this family-run hotel, which prides itself on offering guests a comfortable night’s stay and a bit of fun. The well-appointed property – less than a 10-minute drive from Ely Cathedral – has 11 modern bedrooms, all with ensuites. After settling in, head to the lively bar and restaurant, where regular entertainment is scheduled. There’s a good selection of local ales on offer and the food menu features a spread of hearty dishes, from gammon steaks to chunky halloumi fries. 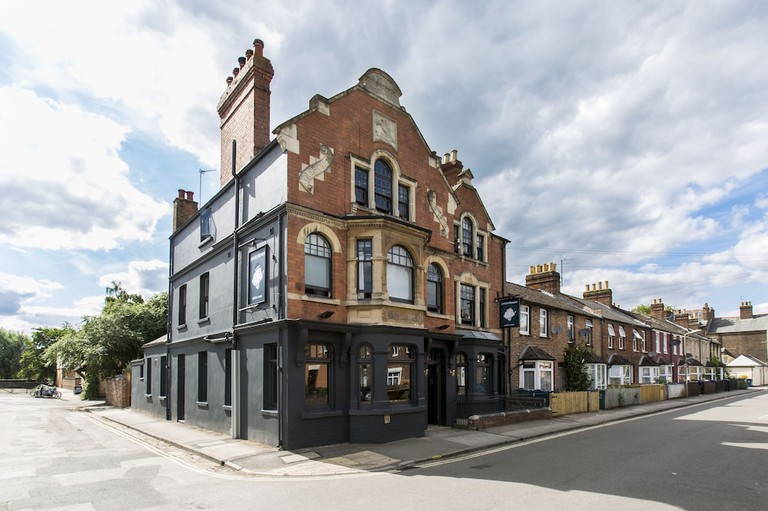 Courtesy of The Porterhouse / Expedia
Check Availability
Price Drop
Now from $206 per night
From a garden tipi to slick modern bedrooms, this village pub – about a 25-minute drive to Ely Cathedral – is full of surprises. The Porterhouse offers three well-appointed bedrooms, which have a fresh and fun feel. There are two double rooms and a one bed studio complete with a kitchenette. The garden tipi can be reserved for parties of up to six guests for dinner, but if you’re looking for something a little more traditional, head to the ground-floor pub – which has a cosy ambience of dark wood interiors and eclectic wall hangings.
More info 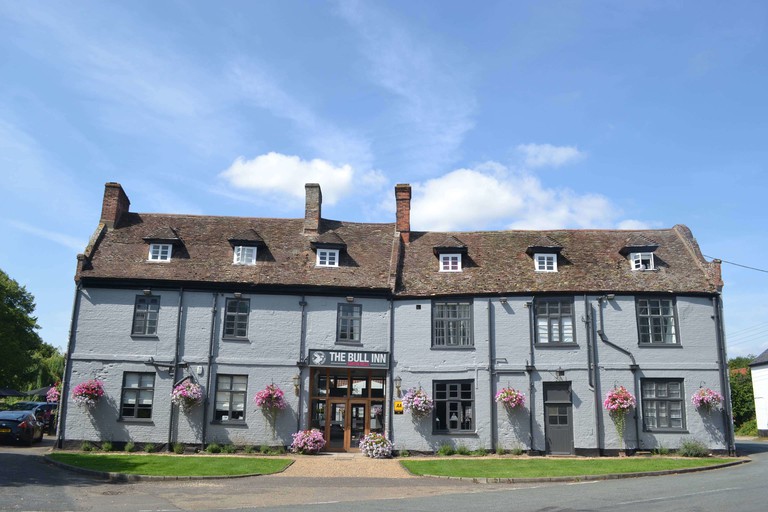 Courtesy of The Bull Inn Barton Mills / Expedia
From the outside, this 16th-century coaching inn-turned-boutique hotel retains its traditional guise – but inside expect funky, modern touches. Bold colours are used throughout, from the AA Rosette restaurant to the 15 individually designed bedrooms. One of the inn’s most popular spaces is the courtyard, where there are heated cabins so you can sit outside and dine during the cooler months. A cooked breakfast is complimentary for hotel guests, as is parking. If you’re looking to visit Ely Cathedral, the landmark is just over half an hour away by car.
Give us feedback