The Best Hotels to Book Near Cotswold Water Park 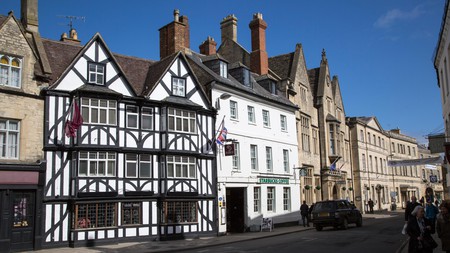 Hotels near Cotswold Water Park, UK, are awash with fascinating historical facts. Fancy sharing a room with a ghost, or following in the footsteps of a king? Your history lesson awaits.

Ghost sightings, roofs made from leftover warships and a hiding place for a king – hotels in the Cotswolds have history seeping through its walls. The towns near the Cotswolds Water Park, with its 180 lakes, are particularly well stocked with interesting places to stay. Counting converted barns, veterinary clinics and coaching inns among their accommodation options, towns like Cirencester and Malmesbury not only offer a comfortable night’s sleep, but also a glimpse back in time. 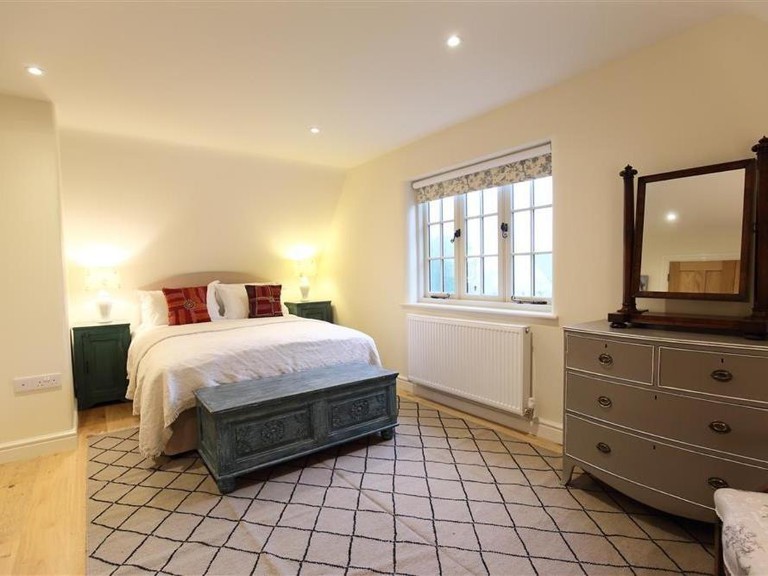 Courtesy of The Rectory, TETBUR / Booking.com

The early 18th-century rectory that gave this country house hotel its name used to belong to All Saints Church. The reason for the large number of rooms? The rector had 14 kids. The Georgian building in Crudwell, between Cirencester and Malmesbury, has recently undergone a lush refurbishment and now has 18 elegantly designed rooms, a heated outdoor pool and an honesty bar stocked with brandy and whisky on each landing, for a late-night snifter.

Between Cirencester and Tetbury, the Thames Head Inn is named – if local folklore is to be believed – after the spot where the River Thames begins its 153mi (246km) journey to London. The watering hole has turned its barn into four B&B en-suite bedrooms, to go with a camping and caravan site. Wherever you lay your hat, there’s easy access to as much pub grub as you can put away, with the stuffed trout being particularly tasty. 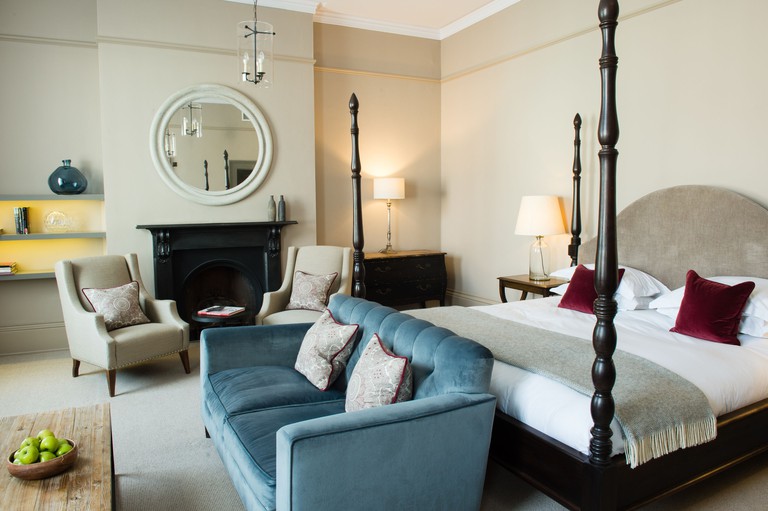 Dog lovers fed-up with leaving their pooches at home when staying over at a hotel have an ally in the Kings Head. The former Cirencester coaching inn, dating back to the 14th century, has canine-friendly rooms that come with a dog bed, bowl and a treat for your pet. Guests can even dine with the pooches in the lounge and bar area, before tackling one of the surrounding walking routes around Abbey Meadow or Cirencester Park. 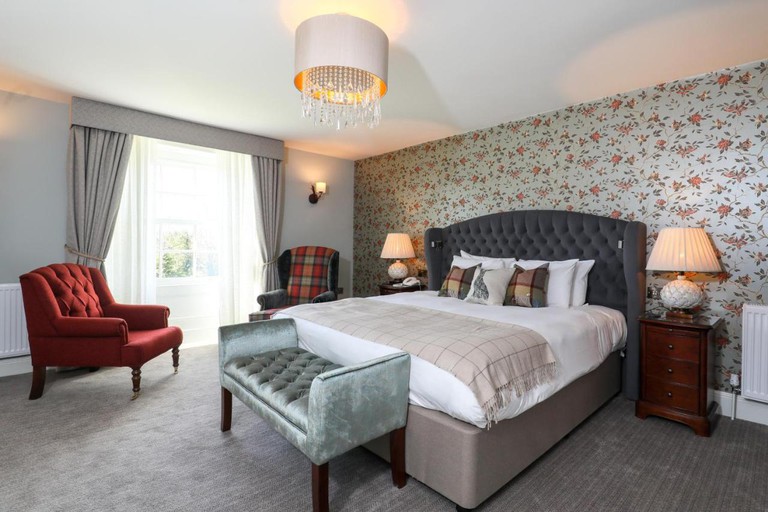 Aaand relax. The family-owned, 44-room Stratton House Hotel in the heart of the Cotswolds is made for melting stress with its super king beds, roll top baths and rooms overlooking a pretty walled garden. And that’s before you hit the spa with five treatment rooms, saunas and experience showers. If you can still stand after all that, head for the Oak Bar for a choice of 21 different types of gin to banish any remaining tension. 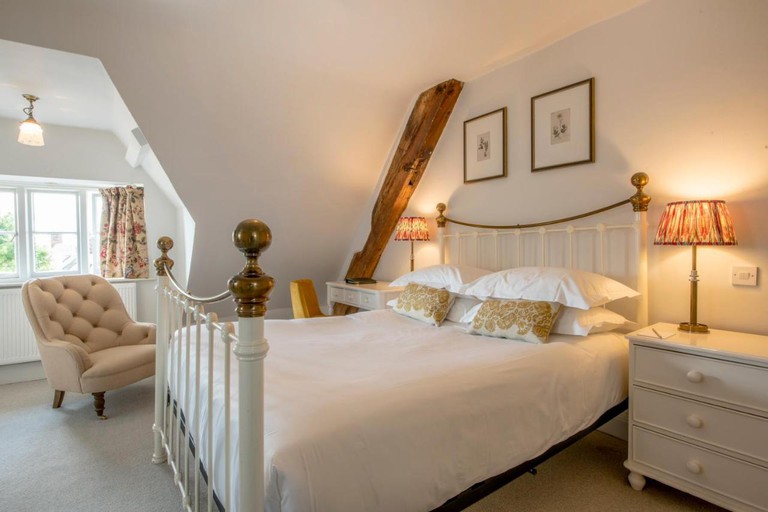 The Old Bell has had over 800 years to get its customer service just right. Established in 1220, it’s the oldest hotel in England. With the 12th-century Malmesbury Abbey as its neighbour, the building was originally used as a guesthouse for visiting monks. It’s believed that part of the hotel was built on the Abbey churchyard, causing it to be haunted. Resident ghost the Grey Lady allegedly prefers the James Ody room and will appear if you say her name three times.

Hotel rooms don’t get much cosier than the ones above the Masons Arms, with their exposed wooden beams, Cotswold stone walls and views of farmhouses and fields beyond. The pub itself is equally inviting with a roaring fire, Arkell’s ale, and the odd pooch making use of the dog-friendly policy. When venturing out, the Masons Arms is ideally located on the Village Green in Meysey Hampton – a short trip from the Water Park and Circenster.

The Fleece at Cirencester 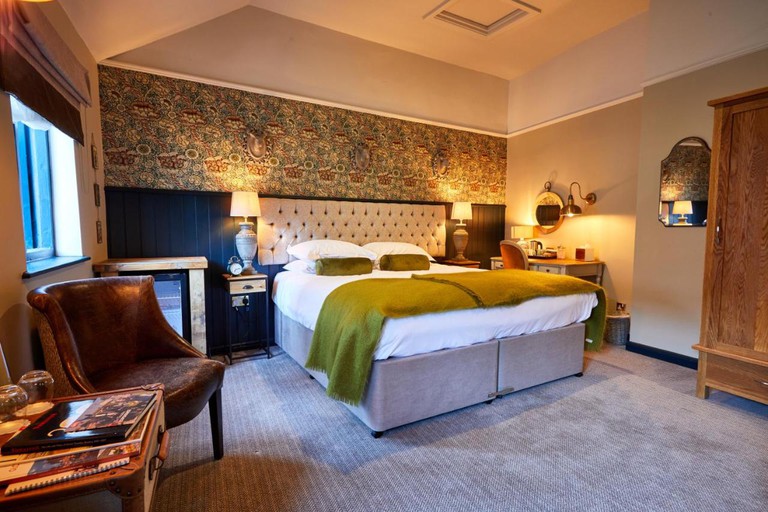 Courtesy of The Fleece at Cirencester / Booking.com

Like a vintage car with brand-new parts, the Fleece blends 17th-century character with 21st-century luxury. By staying at the former coaching inn dating back to 1651 you’re following in the footsteps of King Charles II who, after the Battle of Worcester, is said to have used the building as a hiding place while fleeing Oliver Cromwell. Your stay should be considerably more pleasurable than his, especially with the restaurant serving up locally sourced delights – it would be rude not to try the rump of lamb, with a dash of garden pea puree. 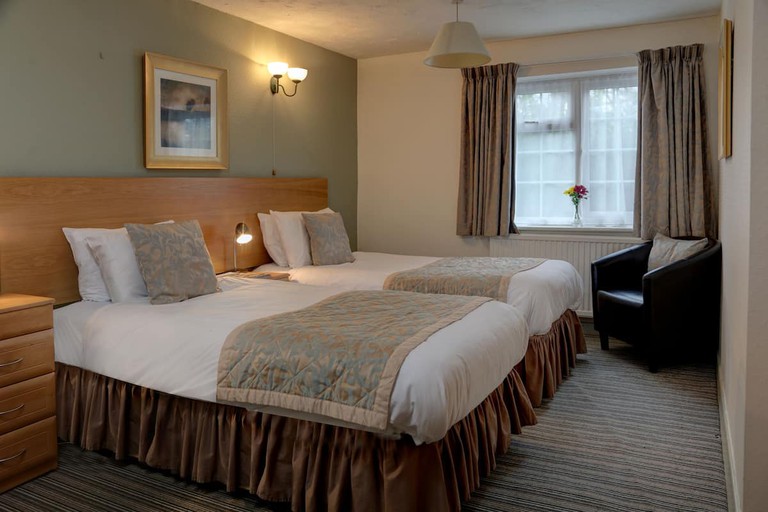 It’s all about animal welfare at Pettifers. Once a veterinary practice that invented and distributed medicine for serious illnesses, the hotel has a restaurant that was originally a stable for animals under treatment. Unsurprisingly dogs are as welcome here as their owners, with designated canine-friendly spaces in the lounge, bar and snug. And the nearby Westonbirt Arboretum is perfect for taking your fluffy companion to stretch its legs. 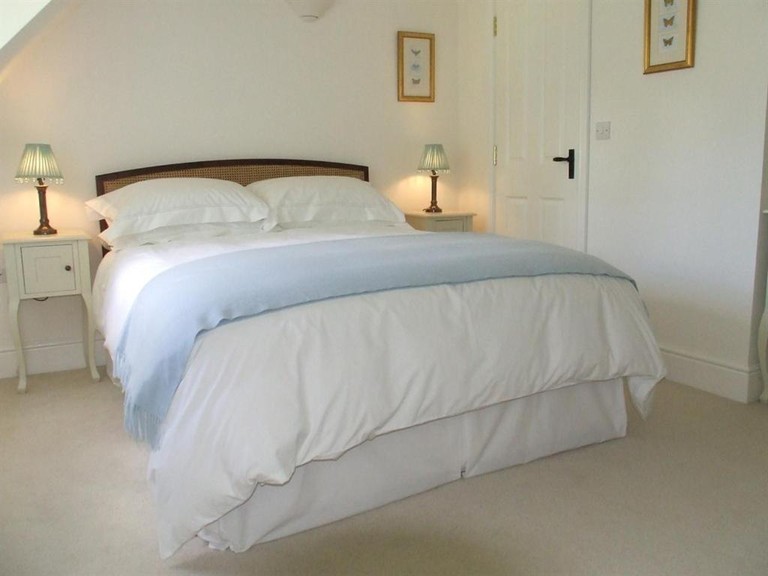 Courtesy of Well Cottage B and B / Booking.com

A landmark in the town of Ewen for 200 years, Well Cottage is right on the Thames Path, about 2mi (3.2km) from the river’s source, and on the edge of the Water Park. A good spot for those who love horses, the famous three-day equestrian events at Badminton and Gatcombe Park are a mere gallop away, while polo is played regularly in the summer at Cirencester Park and the Beaufort Polo Club at Westonbirt. 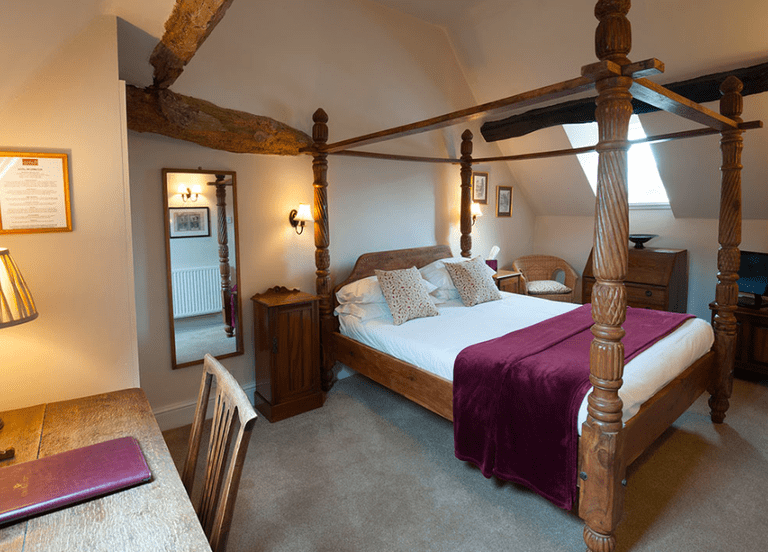 A former wool merchant’s house in Cirencester was transformed into the Corinium Hotel and has lost none of its 16th-century charm. Listed staircases lead past glowing stained-glass windows to 15 bedrooms, each one adorned with individual pieces of art and furniture. And make sure you look up at the original beams. It’s believed they are from old war ships, possibly the Spanish Armada.

For more conveniently located places to stay in the west of England, see the best hotels near the University of Exeter and the best boutique hotels in Dorset; they’re bookable now via Culture Trip.