The Best Hotels to Book Near Botany Bay, UK 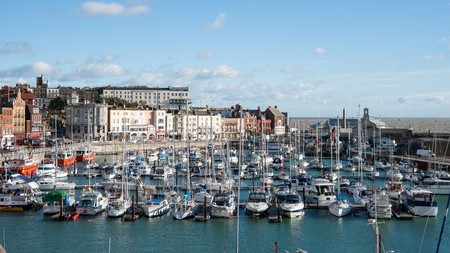 Less crowded than Margate, more secluded than Whitstable, Botany Bay is one of the most appealing beaches along the Kent coastline. Book one of these top hotels with Culture Trip for your next visit.

The headland at Botany Bay is Kent’s most eastern point. When the clouds dissipate, its striking chalk cliffs are illuminated by the sunshine. Named after Botany Bay in Australia, it’s not quite up there with Bondi Beach. However, as sandy beaches in Britain go, it’s by far one of the best – whether you’re after a leisurely sunbathing spot or a family-friendly sweep of sand. Here’s our selection of the best places to stay in and around Botany Bay. 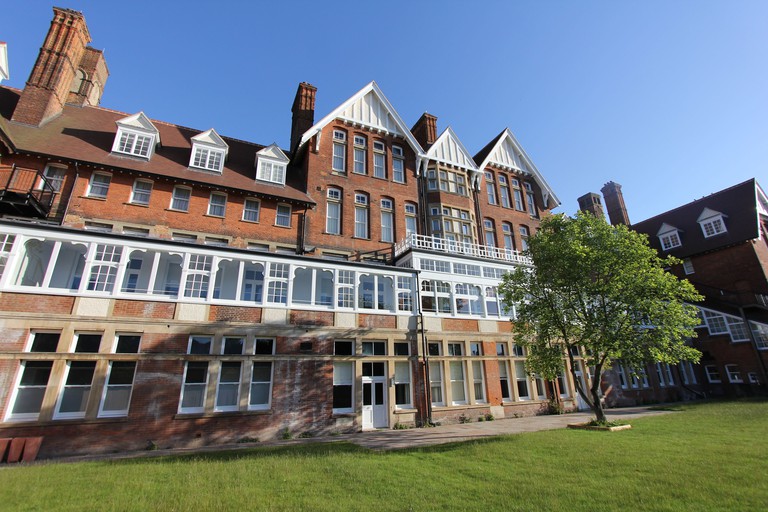 Courtesy of The Yarrow Hotel / Expedia

Large, luxurious bedrooms feature original fireplaces, roll-top baths and sea views at the Yarrow Hotel. Combined with minimalist, muted interiors, the place has a tranquil ambience to it even in peak season, when multi-generational groups descend for the summer holidays. Chef Ben Williams sources local produce to serve up at the on-site restaurant. We like his smart spin on seafront favourite fish and chips: pan-fried local cod with crushed Kentish pink fir potatoes – and vino from Westwell Wines down the road. 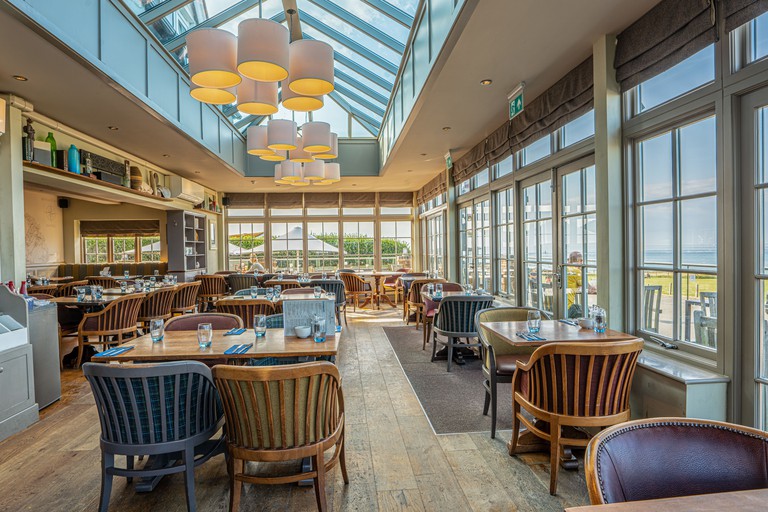 This hotel occupies a spectacular sunrise spot, perched on the cliff tops of Kingsgate. Solo travellers will appreciate the single bedrooms here, whilst couples looking to treat themselves should book the Feature Room with views over Botany Bay. Despite being owned by Shepherd Neame, one of the oldest breweries in the UK, the bar is also lined with English wines from Gusbournes and Three Choirs Vineyards, which pair perfectly with the best-selling seafood linguine. 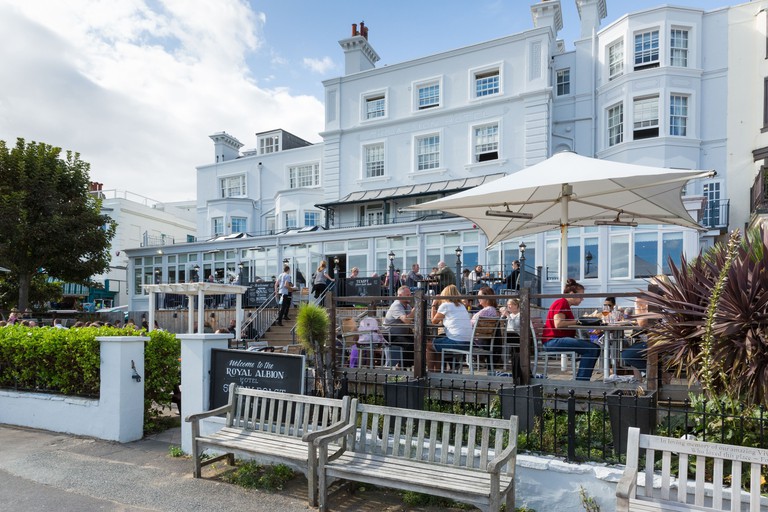 Since 1776, the stellar location of the Royal Albion has enticed VIP guests from all over the country – including Charles Dickens, who based his character Betsey Trotwood in David Copperfield on a friend he met here named Mary Pearson Strong. Clean, comfortable, sea-view bedrooms look out over Viking Bay – it’s easy to see why famous guests were enthralled by this spot. Let the ocean breeze inspire you, too – take breakfast on the terrace and then a windswept walk along the coast. 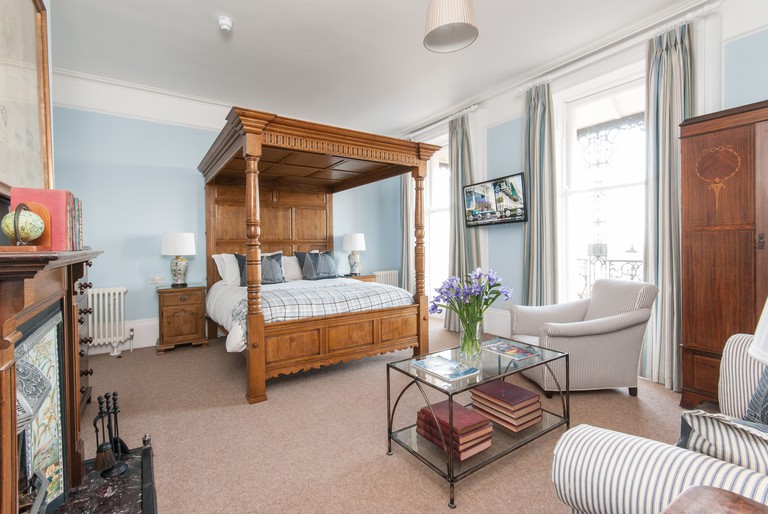 The Royal Harbour Hotel is a country home on the coast. Antique furniture, first-edition books on the shelves and four-poster beds make it the ideal place to drop anchor and indulge in a few nights on firm ground. Spy on sleek commodores and vintage super yachts – we spotted a Riva Monte Carlo – at the marina, a sea-smoothed stone’s throw from the hotel. Don’t miss the kippers at breakfast. 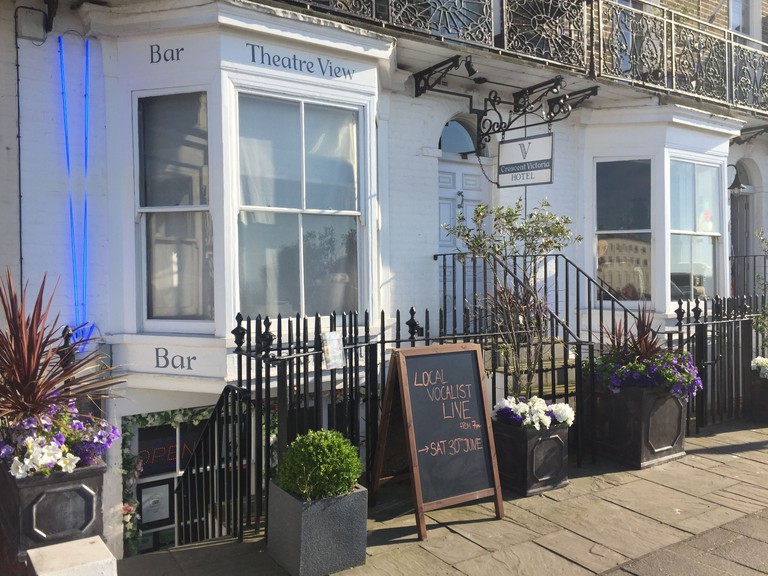 This intimate hotel is in Margate, a 15-minute drive from Botany Bay. It’s got a good-time attitude, underlined by its 24-hour bar and a serious selection of gin – such as Ableforth’s Bathtub. Book one of 14 boutique bedrooms and enjoy a complimentary glass of prosecco on arrival. The Turner Gallery, Margate’s sandy seafront and iconic Dreamland arcade are within easy walking distance.

Combine village charm with a coastal escape at Corner House, a cosy restaurant with rooms in Minster, just 20 minutes from Botany Bay. The kitchen cooks up innovative dishes such as beetroot-cured cod loin with squid ink mayonnaise and hake kiev with a mussel, potato and leek ragout. Upstairs, the bedrooms match the menu in both style and substance – they come with a gorgeous breakfast hamper, packed with home-made granola and fresh orange juice. 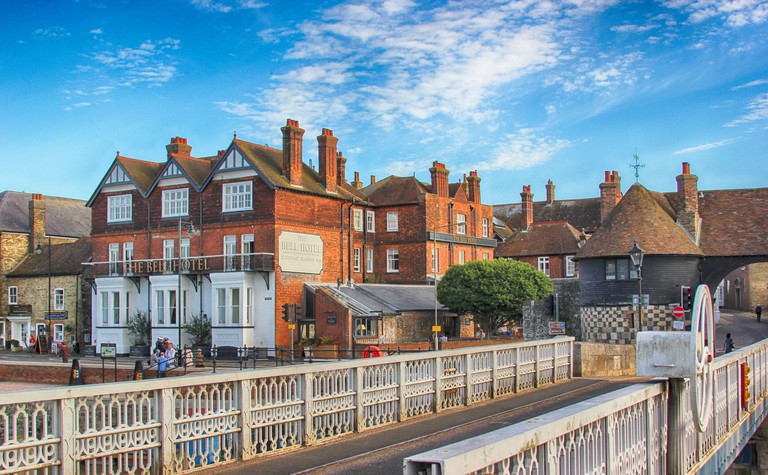 Courtesy of The Bell Hotel / Expedia

This historic hotel in Sandwich has been welcoming guests since Tudor times – spot the traditional Edwardian features throughout the architecture. Book a suite with windows overlooking the River Stour, and take a luxurious soak in the roll-top tub. It’s dog-friendly and surprisingly affordable, plus the restaurant downstairs boasts boat- and farm-fresh food, sourced from the surrounding area.

The Dog at Wingham 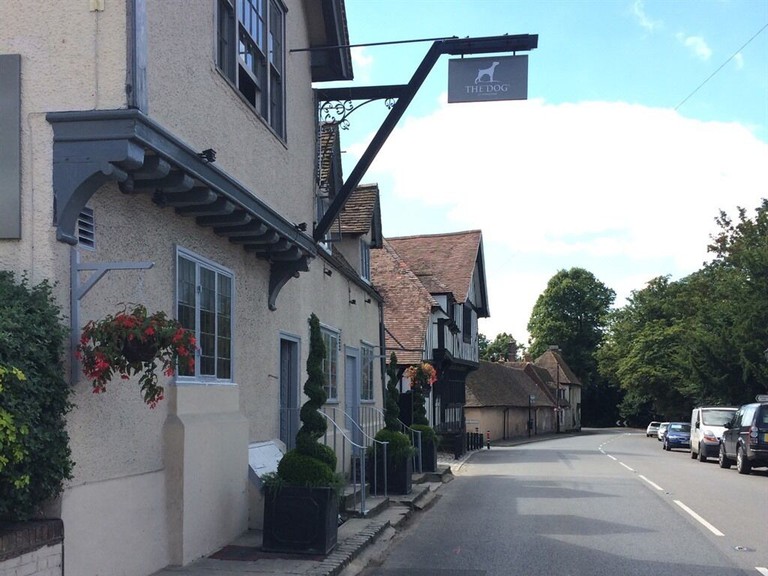 Courtesy of The Dog at Wingham / Expedia

Expect funky design features at the Dog at Wingham, decked out by owner Marilyn Bridgen. Room Four is the most fun at the Dog, with its poppy-print upholstery, gilded mirrors and giant canopy bed. Bridgen also designed the rooms at the Crescent Victoria in Margate. Now her son, Marc, runs the business, giving this pub-with-rooms a cosy, family-run feel. They also serve up a banging full English breakfast to sort you out, if you sample one too many local ales at the bar. 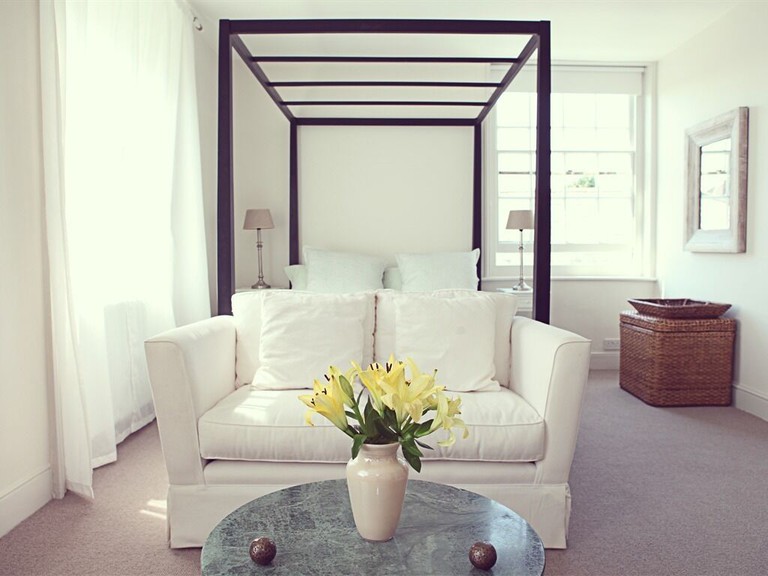 Courtesy of The Blue Pigeons / Expedia

The six ensuite rooms at the Blue Pigeons are simple but smart, with a creamy palette of fresh white linens and Duck Island toiletries. Downstairs is a beamed brasserie that’s popular among locals and travellers alike, with exposed brickwork and sprigs of lavender lending a rustic, romantic atmosphere. If you visit on a sunny day, book a table in the pretty walled garden and order locally sourced moules marinières.

Want to go a little further? Hop in the car and explore the best historical places to visit in Kent. If you’d rather stay in one place, base yourself at one of the best hotels in Canterbury or book a cosy stay with Culture Trip at one of the city’s best bed and breakfasts. The best things to do and see in Canterbury are then sure to keep you busy.