The Best Hotels to Book Near Aintree Racecourse 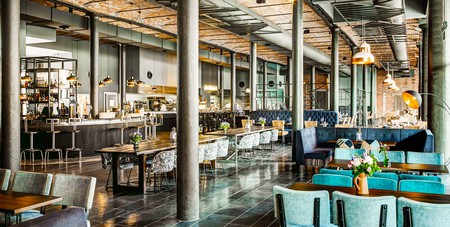 After a day's festivities at Aintree Racecourse, book into one of these stylish hotels nearby | Courtesy of Titanic Hotel, Liverpool / Expedia

Bordering the action-packed Liverpool and home to the Grand National, Aintree Racecourse is an equestrian mecca. Whether you’re on your tod or jockeying into position with the whole family, our bet is on one of these places to stay – bookable with Culture Trip.

Aintree Racecourse has been welcoming the great and the good – typically in outrageously over-the-top hats – since 1829, when the owner of Liverpool’s Waterloo Hotel pitched the idea of a horse-racing track to the Earl of Sefton. Both men got fabulously rich from the deal, particularly with the launch of the Grand National a decade later. Modern-day race-goers can stay in snug B&Bs or stylish suburban hotels with room to stow a hat box or three. 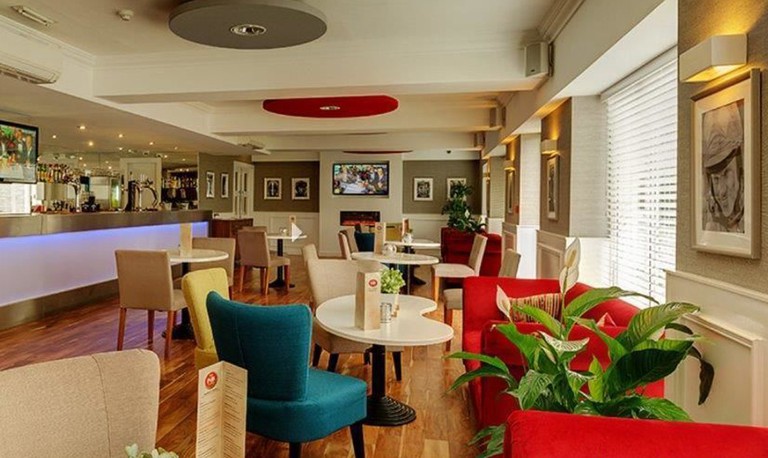 Courtesy of The Park Hotel / Expedia

Businesslike and business-focused for much of the week, the Park Hotel throngs with race-goers whenever there’s a meet at Aintree. The racecourse is just a kilometre away, and black-and-white photos of race days fill the corridors. Rooms are uncluttered but attractively decorated in shades of brown and grey, and there’s a convivial restaurant and bar where you can drown your sorrows after a loss or raise a toast if your horse comes in by a nose. 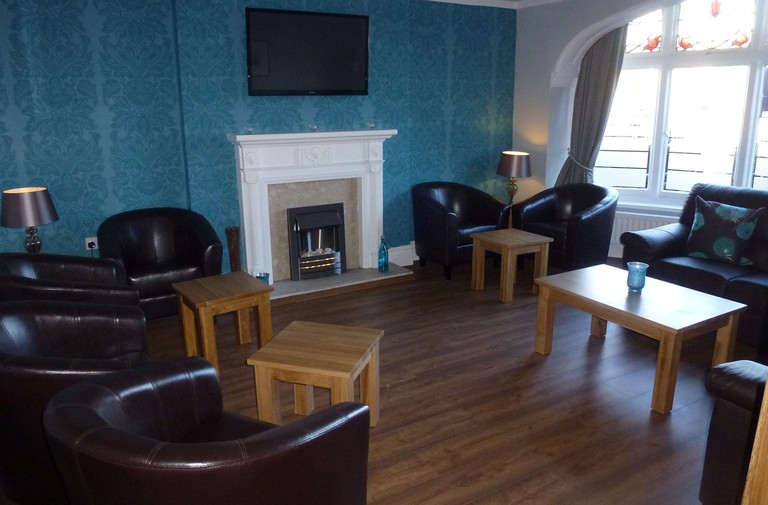 South of Aintree in quiet, suburban Orrell Park, the Orrell Park Hotel is an easy overnight stop – close to the racecourse, but set away from the industrial sprawl. Expansive rooms in subdued colours come with tidy, tiled bathrooms and warm, snuggly duvets, and there’s a guest lounge and bar where you can sit and study the form of the front runners. All rooms are upstairs though, so be ready to go up a level or two to get to your room. 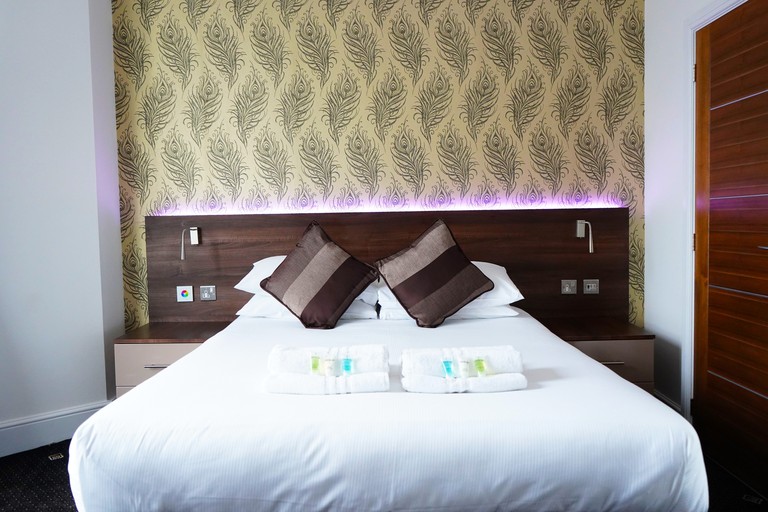 Guests at the Marlborough have the best of both worlds: Aintree is just a short drive away through the backstreets of Bootle, while broad Crosby Beach – with its Anthony Gormley sculptures and waterfront park – is an easy walk to the west. The Marlborough’s big, bright rooms come with heavy drapes, deep-pile carpets, spotless tiled bathrooms and feature walls papered in eye-catching damask patterns. There’s an informal restaurant and bar serving British pub favourites. 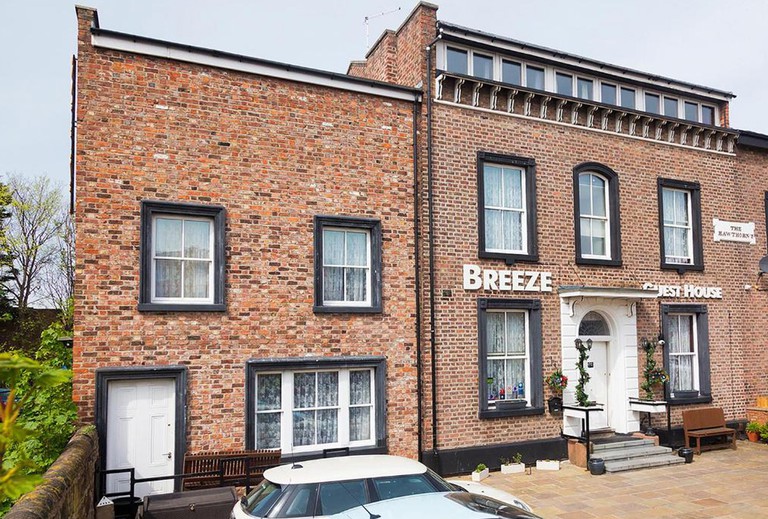 Aintree is close by when you stay at Breeze Guest House, but there are things to see within walking distance – including the pretty green sprawl of Derby Park. Set in a smartly turned-out brick townhouse, rooms have delicate floral murals and artworks, dense, colourful drapes and acres of floor space – particularly in the family rooms. There’s off-street parking, and breakfast is a plate-filling full English – or continental, for guests with smaller appetites. 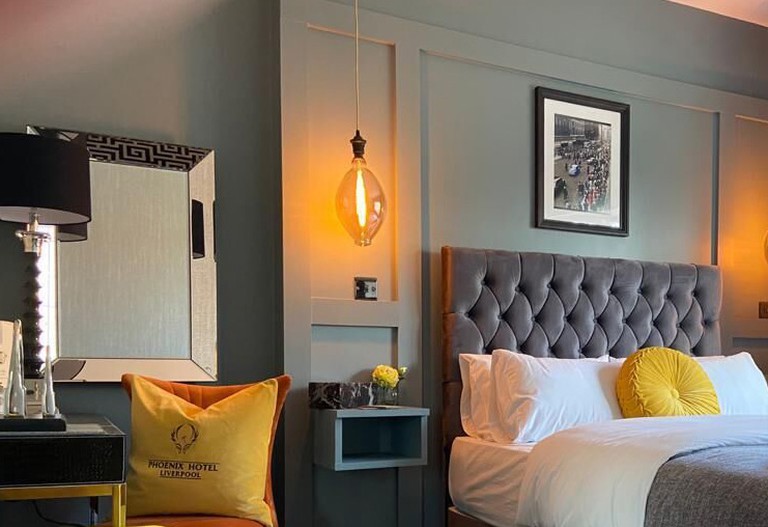 Put thoughts of Peter Kay’s Phoenix Nights out of your mind – a night at the Phoenix Hotel is a stylish proposition. This handsome Victorian brick mansion dominates the landscape in Kirkdale. The bedrooms inside are just as striking, with velvet-upholstered beds, geometric carpets, sage-painted walls and monogrammed pillows. It’s a hit with football fans as well as race-goers, with Anfield and Goodison just half a mile away. 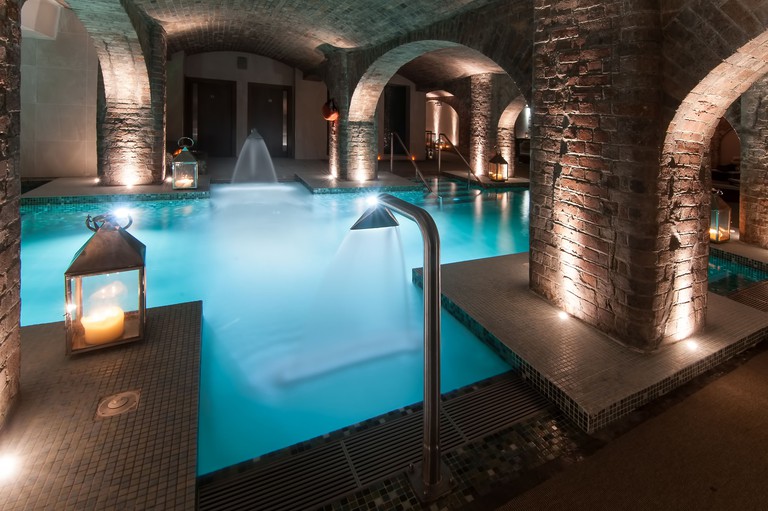 Courtesy of Titantic Hotel Liverpool / Expedia
The Titanic Hotel is a Liverpool landmark and then some. This imposing, industrial edifice takes up part of the historic Stanley Dock, which once welcomed tall ships laden with tobacco into the heart of Liverpool. Behind the austere, industrial exterior, you’ll find elegant, enormous rooms – the smallest spans 56sqm (603sqft) – with high, steel-beamed ceilings and views across the docks, Wirral and Mersey. The revamped industrial theme continues in the brick-lined bar and restaurant, with tables dotted around a forest of columns. 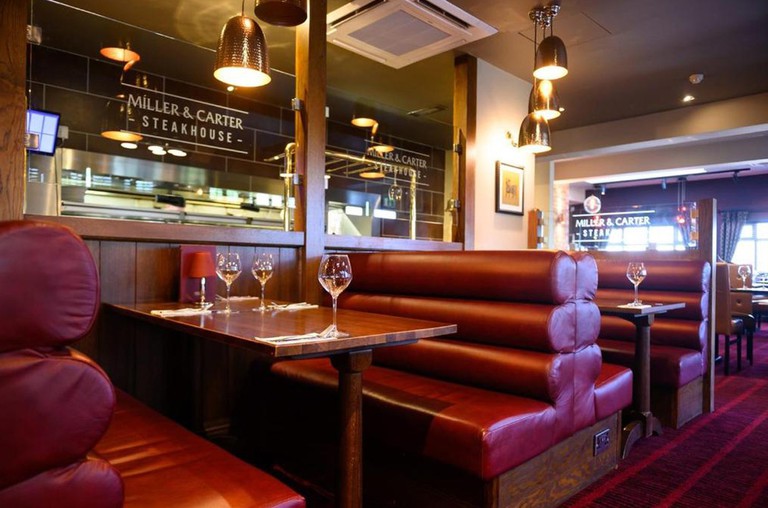 With the A59 close by, but not detracting from the country village mood, Aughton House is a great base for race fans who prefer to avoid the urban sprawl. Behind a timbered Edwardian exterior are roomy living spaces decorated in gentle tones of brown and burgundy. Angular wooden clothes rails and gleaming tiled bathrooms – some with freestanding tubs – add a touch of modernity, and appetising smells drift out from the steakhouse downstairs. 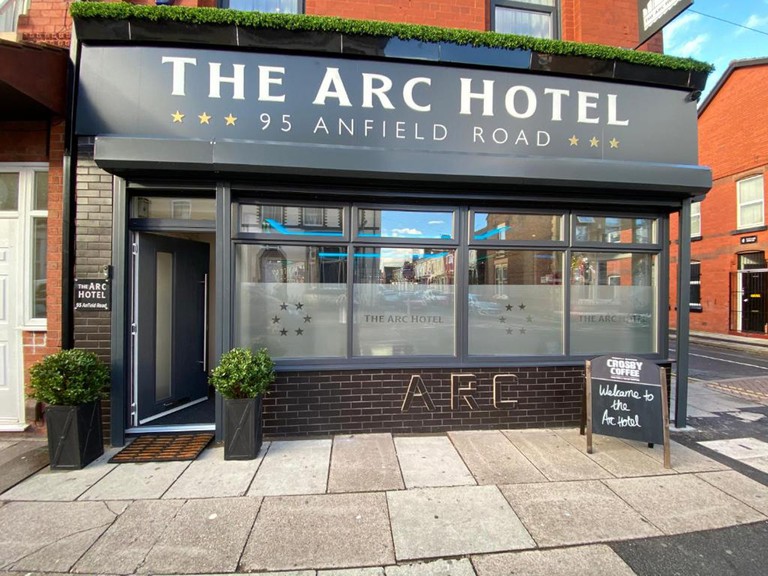 Courtesy of The Arc Hotel / Booking.com

The Arc is the hotel of choice for fans of Liverpool FC – as you might expect with Anfield Stadium just a few hundred metres down the road – but it’s also a handy base for the Aintree races. Sitting on a tidy, terraced street, the hotel is crammed full of football memorabilia – framed photos, signed shirts and the like – but rooms are more restrained, in calming tones of grey and blue. Fresh pastries, cut fruit and charcuterie platters add sparkle to the breakfast buffet. 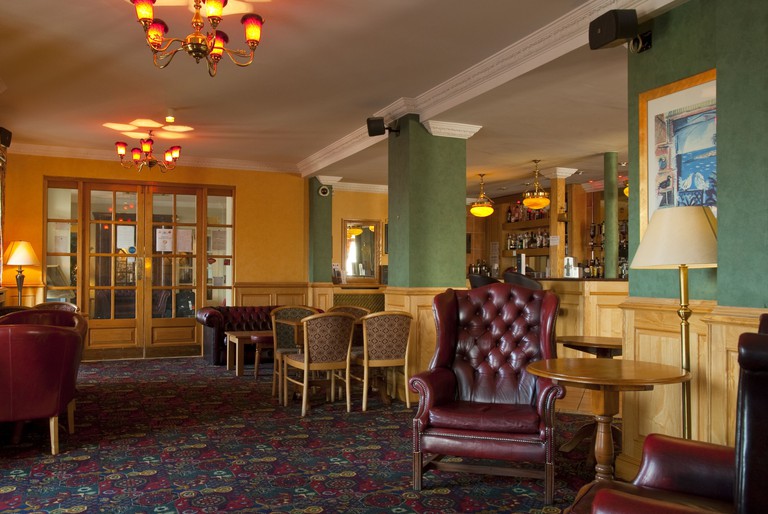 Courtesy of The Royal Hotel / Expedia

Just across the road from Crosby Beach, the Royal Hotel can add relaxing seafront walks to its list of features. Just behind the hotel is the house of Captain Smith, skipper of the Titanic, and Anthony Gormley’s Another Place statues wade into the surf along the shoreline. Behind the hotel’s Georgian facade, bedrooms are agreeably old-fashioned, with matching burgundy drapes, carpets, bedspreads and leather headboards – plus there’s a friendly restaurant and lounge bar.

Explore Liverpool in style with these luxury hotels or homely bed and breakfasts to go back to, now bookable via Culture Trip. Once bestowed the title of European Capital of Culture, Liverpool isn’t short on things to do – explore museums, the Beatles’ old stomping ground and restaurants putting the city on the map, or travel slightly further out to relax on one of the nearby beaches.