The Best Hotels to Book Near Hampton Court Palace, UK 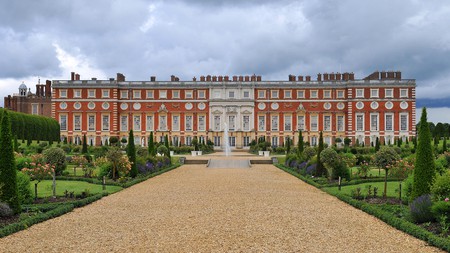 Stay near to Hampton Court Palace and you’ll be close enough to London to be convenient, yet far enough from the centre to enjoy leafy surroundings. Here’s our guide to the best hotels nearby – bookable with Culture Trip.

Hampton Court Palace is one of two remaining royal palaces of Henry VIII. It was originally built for Cardinal Thomas Wolsey, but when he fell out of favour in 1529, Wolsey gifted the palace to the king, who enlarged it to accommodate his entourage. Today, Queen Elizabeth II owns Hampton Court, but it is also open to visitors, who come to see the palace, its maze and what’s believed to be the oldest and largest grapevine in the world. 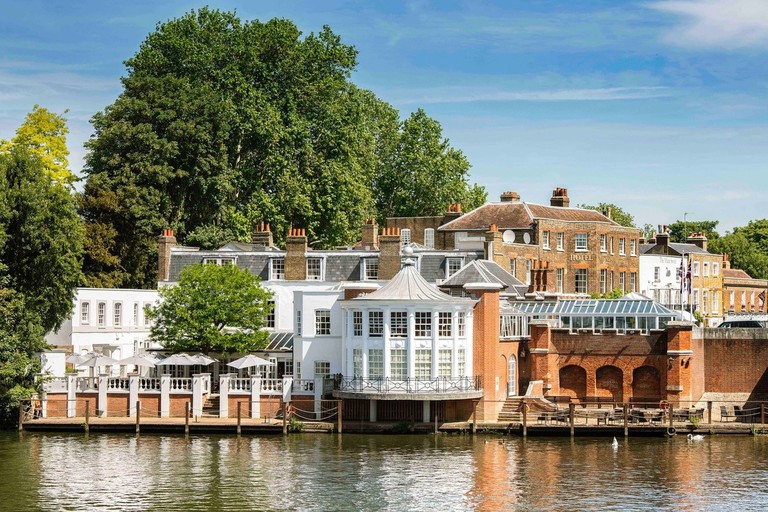 Courtesy of the Mitre / Expedia

The Mitre dates from 1665, when King Charles II ordered that it be built as a “hostel for visitors to the Palace”. It’s been substantially altered since those times, yet it’s still a place worthy of its aristocratic origins. The hotel’s 21st-century makeover has given it a bold, quirky design that takes its inspiration from The Wind in the Willows and the Henley Regatta. Check out its riverside terrace, vintage food truck and private boat launch. 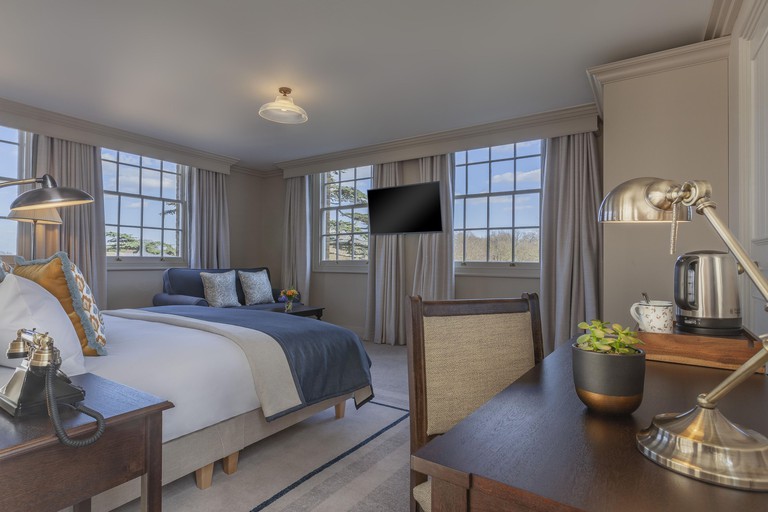 Timeless Georgian style is embodied in a heritage colour palette and sumptuous period features in this delightful 144-room hotel. Embellished with modern flourishes, the hotel is a luxurious property oozing character. Handy for Heathrow, Richmond Park, the Royal Botanic Gardens at Kew and of course Hampton Court Palace, its position on Richmond Hill means the view from the terrace and many of the spacious rooms is spectacular.

Warren House was built in 1865 for wealthy banker Hugh Hammersley. This Victorian gem is close to Richmond Park and is set within its own large garden. There are 48 bedrooms in all. The pick of the bunch are the feature rooms, which enjoy period details such as authentic fireplaces, antique furniture and roll-top baths. During your stay, have a peek at the Edwardian Ballroom – now an event space – which was modelled on the Hall of Mirrors in the Palace of Versailles. 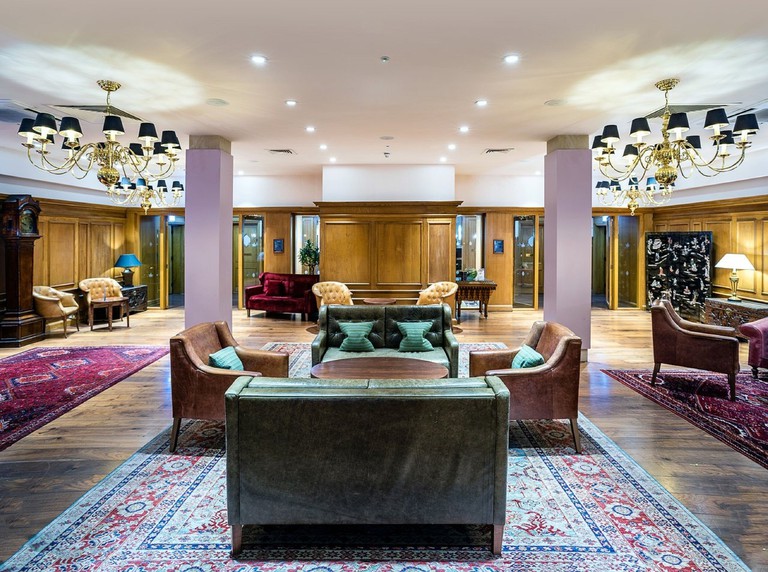 Courtesy of the Lensbury Resort / Expedia

The Lensbury Resort sits on the banks of the River Thames in Teddington. It started out as the sports and social club of petroleum giant Shell, and its commitment to fitness continues a century on. Guests at this luxury resort enjoy the use of an indoor pool, saunas and steam room, an Elemis spa, tennis and squash courts, water sports on the river and a fabulous gym. 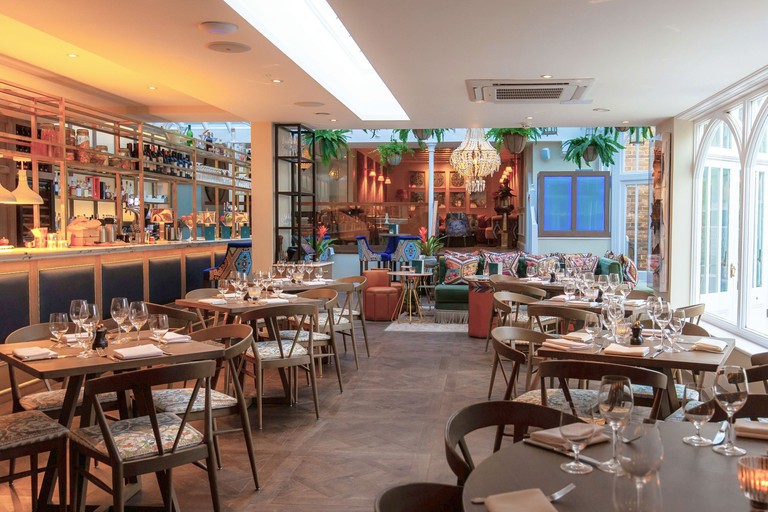 Little luxuries make all the difference, and they know a thing or two about making guests feel special at this upscale boutique hotel. From monsoon showers and White Company toiletries in the bathrooms, to 400 thread count Egyptian cotton sheets and complimentary gin and sherry in the bedrooms, no detail has been overlooked. Complimentary access to the prestigious HarSPA is another bonus (from September 2021). 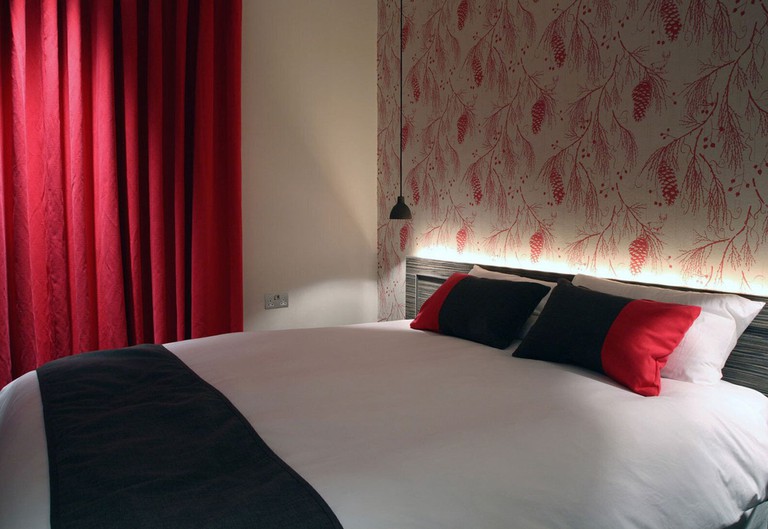 Hotel Bosco in Surbiton is big on contemporary design. Rooms are glamorous and well designed, with Vispring beds and rainfall showers; some have private balconies. The stylish and sophisticated vibe continues into the Bosco Lounge, a cocktail and champagne bar with live music on Thursdays, resident DJs and cocktail masterclasses led by talented mixologists. 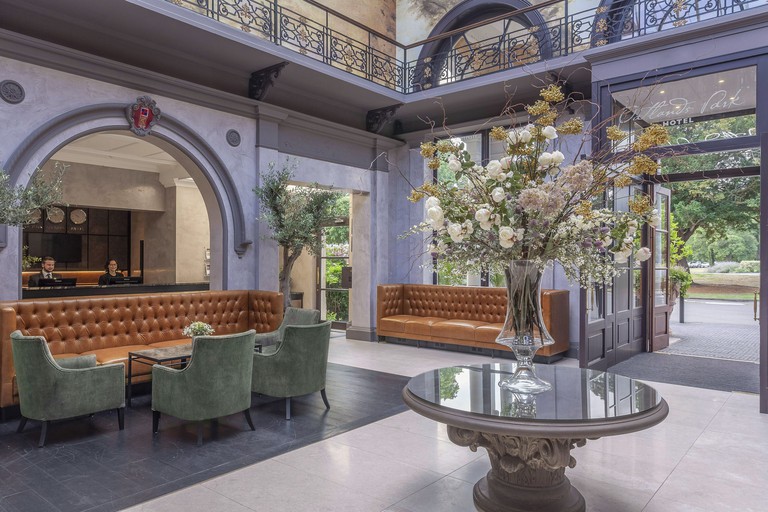 Oatlands Park Hotel was built in the 18th century on the site of a royal Tudor palace. Celebrated guests include writer Émile Zola, novelist Anthony Trollope and artist Edward Lear, who have all stayed in this upscale Surrey property set in large landscaped gardens. Today, it remains a successful luxury hotel. Rooms have a timeless elegance, their soft grey colour palette enhanced with pops of muted blue, ochre or coral. 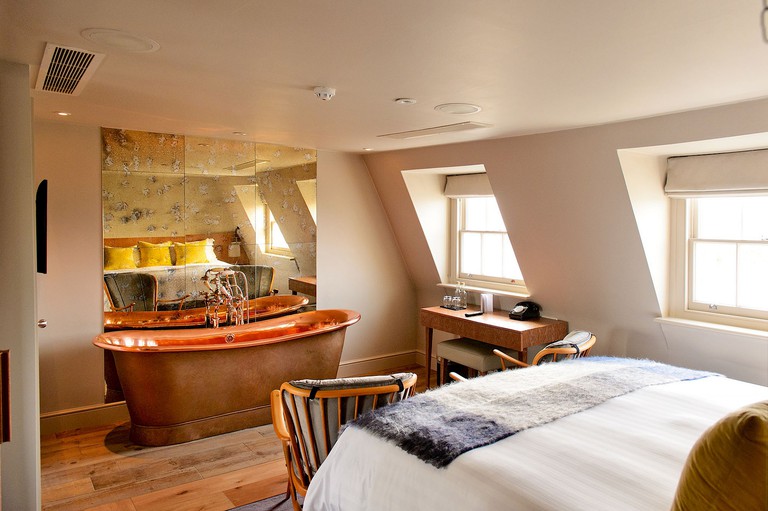 The exquisite interiors of Bingham Riverhouse offer a home from home – if only your own house could be as perfect as this. Each of the 15 rooms is beautifully designed; upgrade to a river room for views of the Thames and a hand-forged copper bath. Emphasis is placed on enabling guests to relax and recharge – the hotel offers a special Knackered Mothers Sleepover package, so you can treat the tired mum in your life, as well as access to their bhuti wellness centre, which offers yoga, complementary therapies and holistic treatments.

Looking for more inspiration? Nearby London is perfect for a city break. We’ve narrowed down the best cheap hotels and the best luxury hotels in London so you can confidently find and book the perfect stay on Culture Trip. There’s plenty to keep you busy, too – from these quirky and unusual things to do in London and this delicious food and drink tour to a relaxing, chilled-out tour of London.