The Best Hotels in Northumberland, England, for Every Traveller 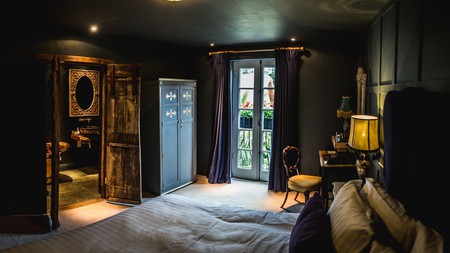 One of England’s last untouched territories, Northumberland only recently began to trend among more adventurous, nature-loving travellers. Nudging the Scottish border at the very north of the country, it has wide open landscapes, cosy inns and sweeping, empty beaches crowned by craggy castle ruins. Most atmospheric and charged with ancient magic is Hadrian’s Wall, built by the Roman army in the 2nd century AD. Today, the area around the wall is home to beautifully preserved forts and desecrated temples to hike to. Bed down at one of the best hotels in Northumberland, all bookable with Culture Trip. 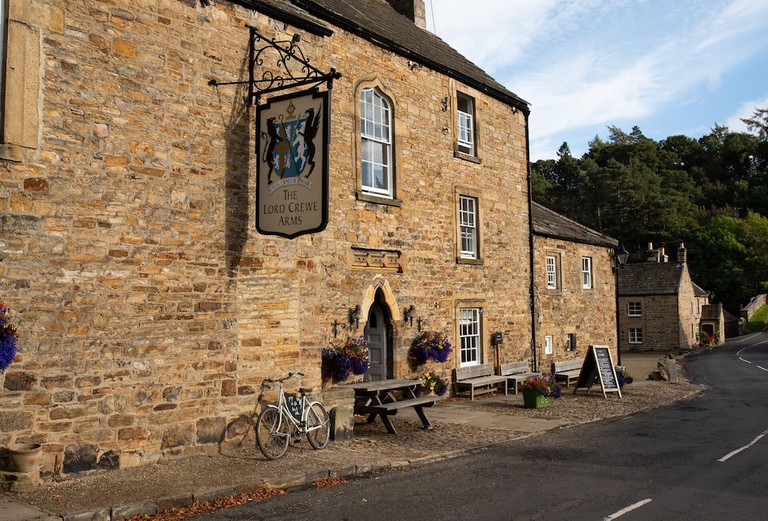 Courtesy of Lord Crewe Arms / Expedia
View Rooms
Built in the 12th century as part of Blanchland Abbey, the Lord Crewe is an old soul with the style savvy of a 21st-century interior designer (from the same group as beloved Barnsley House, among others). Tucked within its stone walls and wood beams are sage-green tongue-and-groove panels, clawfoot bathtubs, tartan throws and spiral staircases. The real historic treat is the cavernous Crypt Bar, an echoing tunnel of a tavern lit by candles and trimmed by coats of arms. Try the Lord Crewe Brew ale for a real taste of the region.
More info 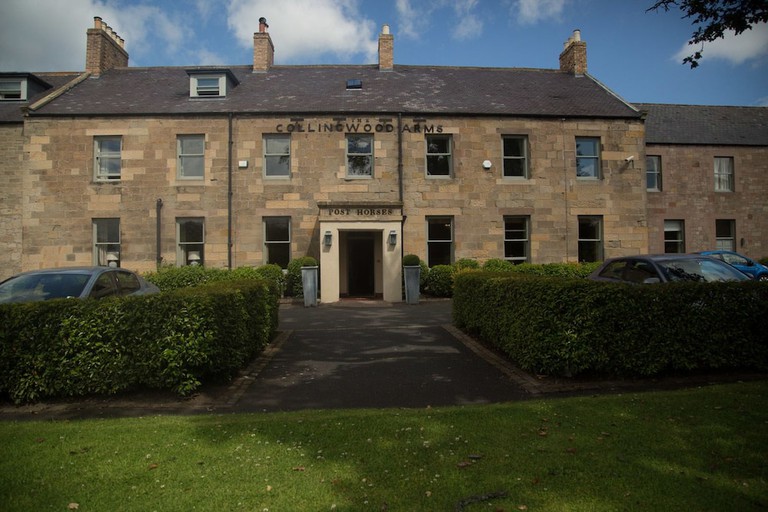 Courtesy of The Collingwood Arms Hotel / Booking.com
View Rooms
This handsome northern pub with rooms has a dog-friendly dining room that’s popular with walkers. With an original menu – haggis Scotch egg with black-garlic mayonnaise, pan-seared halibut with samphire and capers – it’s an upmarket choice for overnighters who come for the mixture of antique rugs, shiny new bathrooms and Egyptian cotton sheets. The Collingwood has a strong tradition of fishing and shooting, too, thanks to its location near the River Tweed and several grouse moors.
More info

The Duke of Wellington Inn 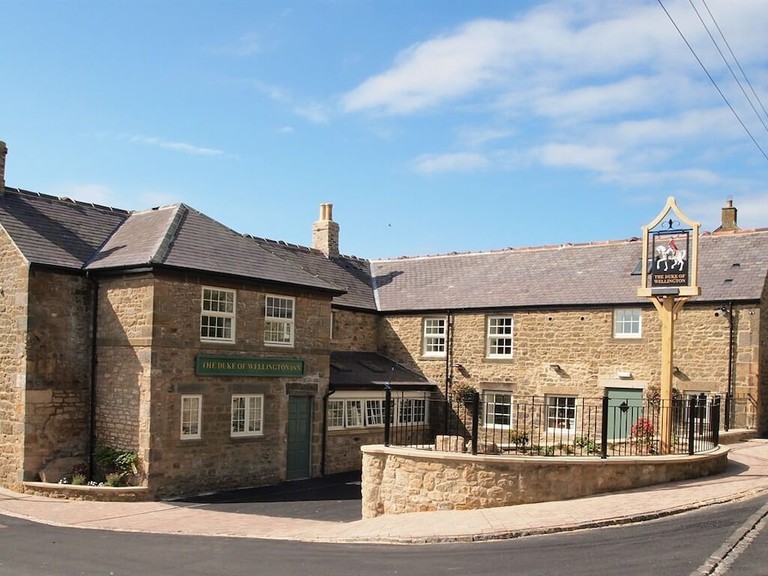 Courtesy of The Duke of Wellington Inn / Expedia
View Rooms
From $166 Per night per room
Out in the sticks between Newcastle and Northumberland National Park, this village pub has tons of style, with vintage illustrations printed on feature walls and cushions, snuggly velvet accent chairs and White Company toiletries in bathrooms. The food, showcasing local ingredients and producers, goes far beyond basic pies and ploughman’s: in the morning, the full Northumberland breakfast is an absolute must. Afterwards, strike out for the neighbouring Roman town of Corbridge or set off on your Hadrian’s Wall adventure from the nearby eastern part of the trail.
More info 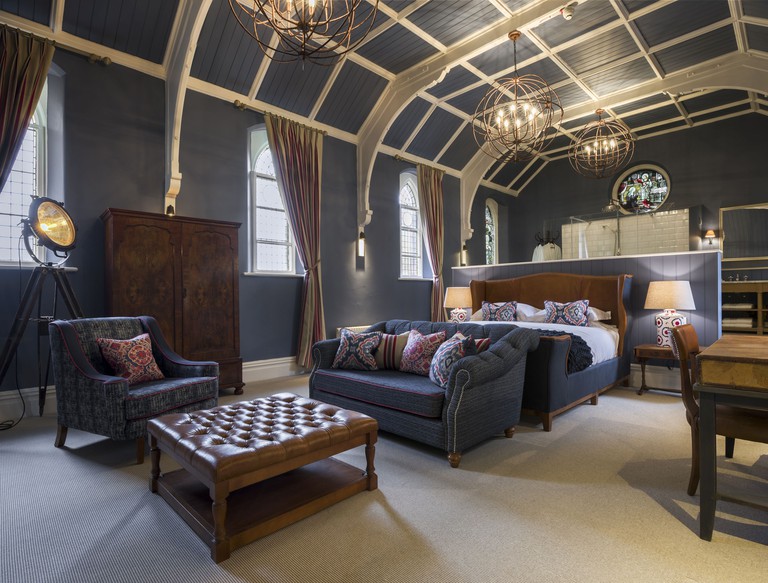 Courtesy of The Cookie Jar / Expedia
View Rooms
Most of Northumberland’s stays are quaint pubs and homey B&Bs, so this richly decorated, trendsetting boutique hotel comes right out of the blue. In the historic town of Alnwick, it’s a romantic little number with strikingly designed slate-blue and grey rooms: think super suites with stained-glass windows set in an old chapel, vintage suitcases stacked as bedside tables, and textured lamps, throws and headboards inspired by the coast and sea. It’s all the little touches that make this a hit with luxury lovers: Hypnos mattresses, Penhaligons products and a fabulous terrace with a fire pit.
More info

The Angel of Corbridge 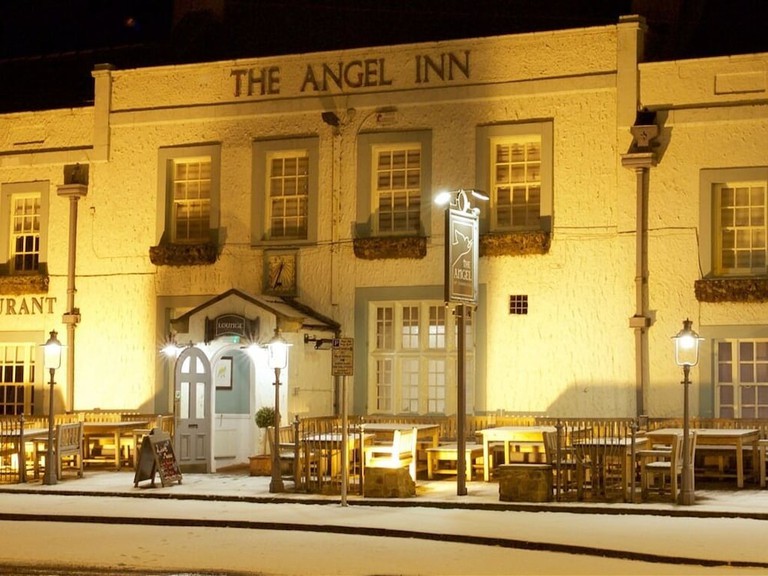 Courtesy of The Angel of Corbridge / Expedia
View Rooms
From $166 Per night per room
One of the county’s oldest inns, The Angel’s rooms may be simple and functional, but its food options are modern and diverse: the humble chippie is elevated to an art at the hotel’s Angelfish restaurant, while authentic stonebaked pizzas are hauled from a clay oven at Moroni. Bed down in smart grey and red rooms with plenty of different size options: singles, twins and even a two-bedroom apartment with a lounge and kitchen that families will love.
More info 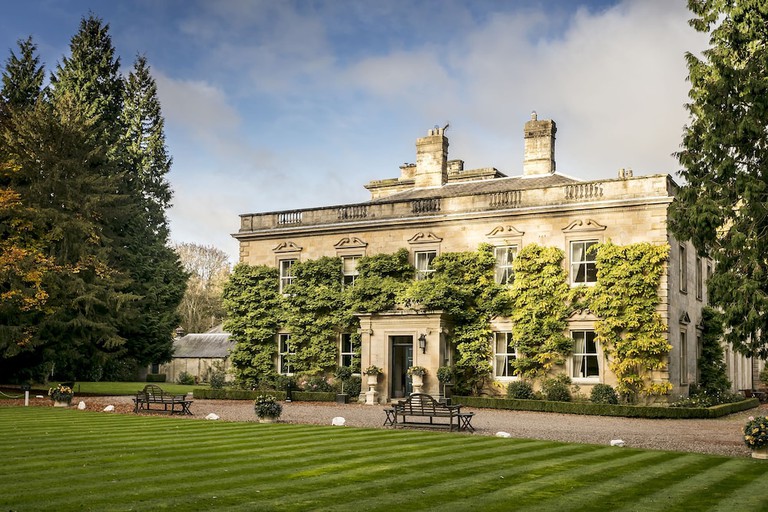 Courtesy of Eshott Hall / Expedia
View Rooms
From $180 Per night per room
A venerable old country manor set in ancient Northumberland woodland, Eshott is the choice for special occasions. Roaring fireplaces warm high-ceilinged lounges with palatial mouldings and silky embroidered sofas; nightcaps are savoured in the plum-coloured, bookshelf-trimmed lounge with its lived-in leather sofas; and wisteria vines climb the handsome Palladian façade. Rates are surprisingly affordable for such grand rooms and such a well-regarded fine-dining restaurant.
More info 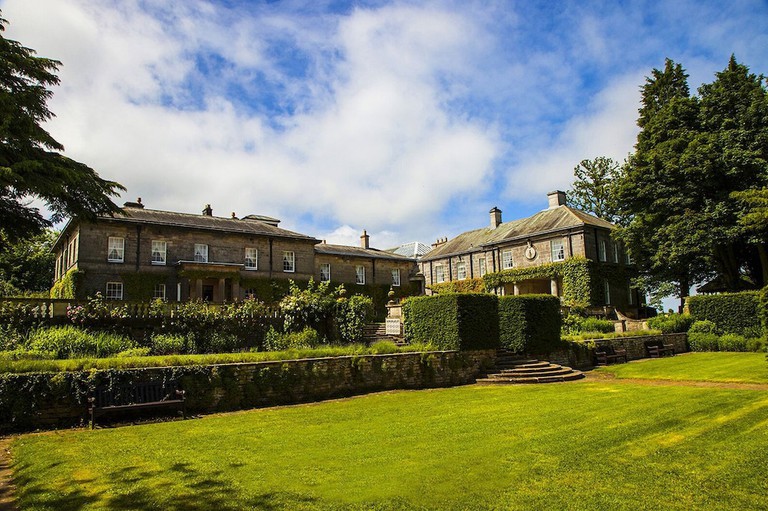 Courtesy of Doxford Hall Hotel and Spa / Expedia
View Rooms
From $262 Per night per room
Close to Northumberland’s coastal Area of Natural Beauty, this charming 19th-century manor house is a suave base for hikes to the ravishing Bamburgh Castle, or boat trips to the remote Farne Islands, to see grey seals and puffins. Back at base are gloriously traditional-feeling rooms in tasteful tones, with ornate dark-wood four posters and glinting chandeliers. One huge USP is its indoor pool and spa, which makes the most of the palatial architecture.
More info 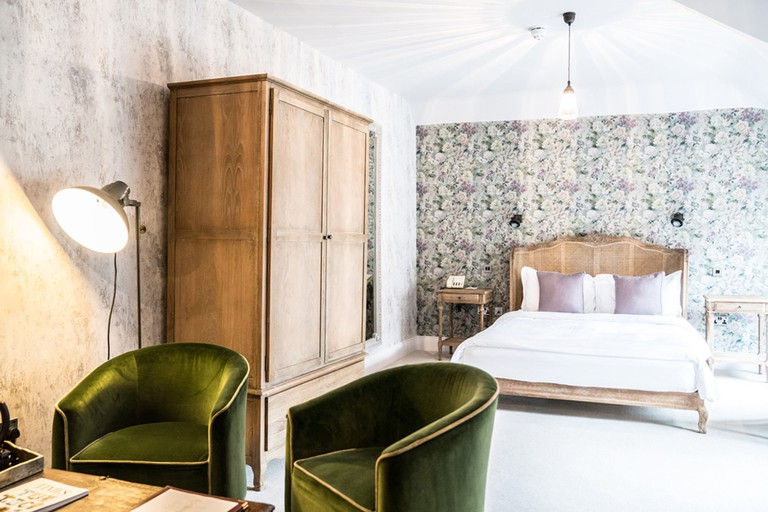 Courtesy of The Beaumont Hexham / Expedia
View Rooms
Set in the delightful market town of Hexham, with a medieval Abbey and a quaint farmer’s market, this chic little contemporary restaurant and bar has 33 snug rooms. After a day’s wandering, tuck into barbecued cauliflower masala or miso-glazed tuna, followed by an Old Fashioned – then bed down in stylish rooms with tongue-and-groove wood and modern floral wallpaper, as well as uplifting Aromatherapy Associates smellies in bathrooms.
More info 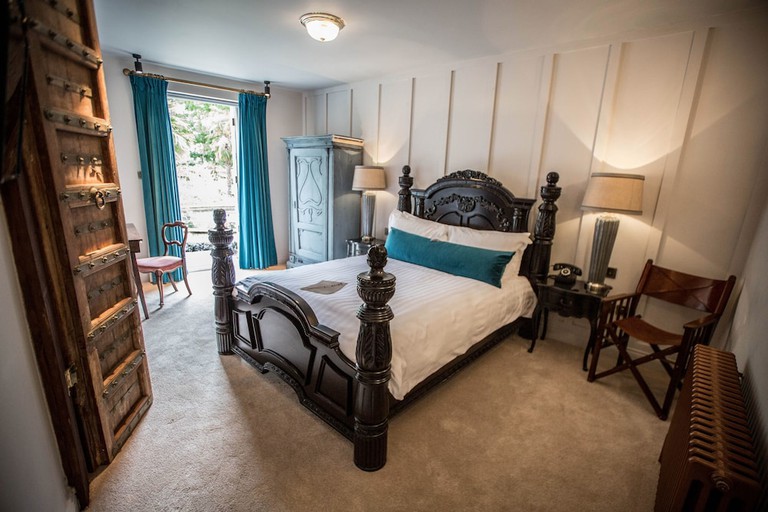 Courtesy of William de Percy / Expedia
View Rooms
In fairytale Otterburn, at the eastern edge of Northumberland National Park, this quirky, vintage-styled B&B is not short of character. Exposed-brick walls are lit by fringed scarlet lamps; there’s a Havisham-esque quality to the faded, ornate bed frames and chandeliers; and retro phones and copper bathtubs add a touch of glamour. Down in the restaurant, settle into dark floral banquettes to peruse a menu of innovative pub food, such as pork belly with hoisin gravy and gin and beetroot-cured salmon.
More info 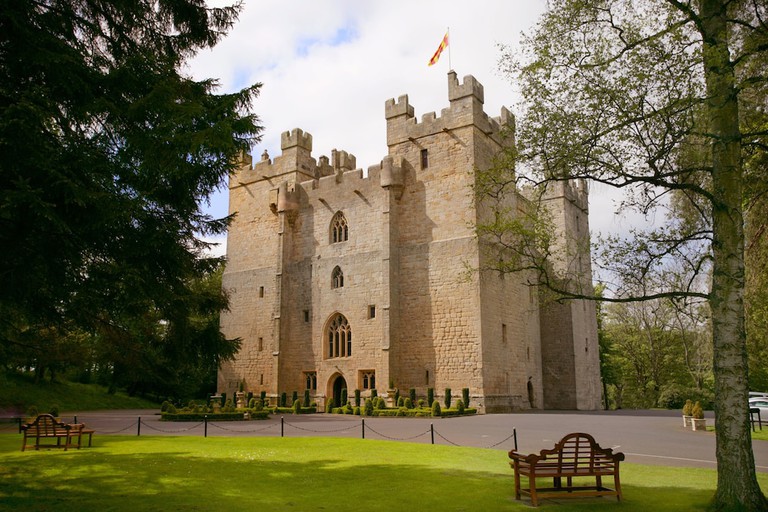 Courtesy of Langley Castle Hotel / Expedia
View Rooms
From $243 Per night per room
A real, 14th-century fortified castle with turrets and grounds, Langley is the Englishman’s home that overseas visitors dream of. Choose between the nine grand rooms within the main castle and the 18 speckled around the grounds: the six feature rooms have a period drama feel whilst the Castle View rooms are more modern but remain rich in scarlet and gold fabrics. Visit nearby Hexham for its spectacular abbey and the oldest purpose-built prison in England.
More info 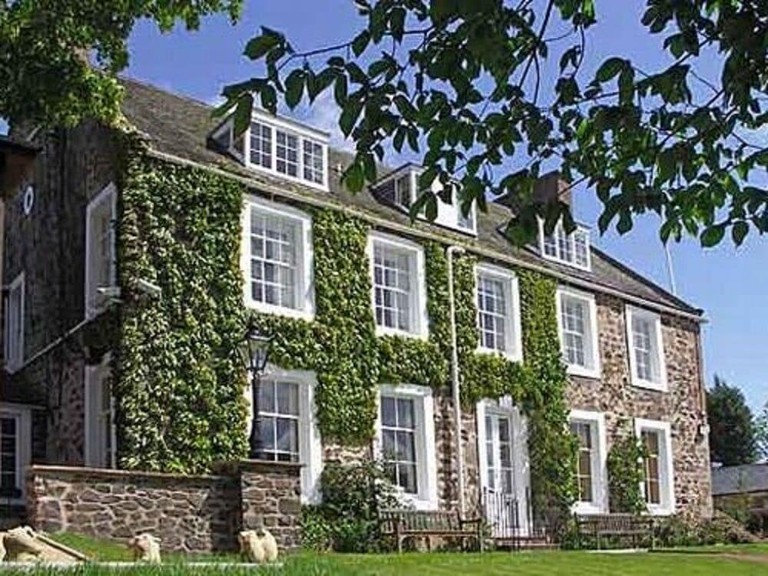 Courtesy of Waren House Hotel / Expedia
View Rooms
This ivy-trailed country house attracts diners from all over the county with its award-winning, fine-dining restaurant, Grays. Book in for punchy regional flavours such as venison saddle with black pudding, or steamed marmalade cake. Upstairs are old-fashioned but comfy rooms with good-value dinner, bed and breakfast rates. Set out on a hike from its pretty gardens to nearby Bamburgh Castle.
More info 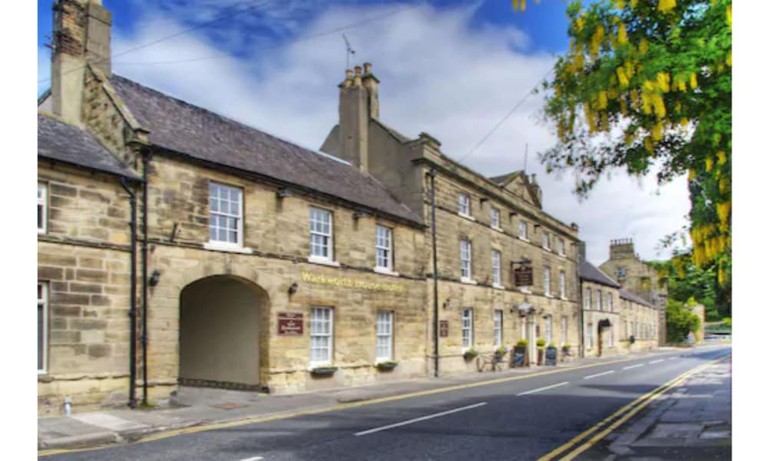 Courtesy of Warkworth House Hotel / Expedia
View Rooms
From $151 Per night per room
Right at the gateway to Northumberland’s bleakly beautiful coastal region, this chic Georgian coaching inn has the perk of being both in a pretty northern town and right at the sea’s edge. Pet-friendly and warmly welcoming, it even allows hounds into its lounge and bar, where humans tuck into hefty Sunday roasts and creamy fish pie packed with the fruits of the North Sea.
More info
Give us feedback