The Best Hotels and Inns to Book Near Scafell Pike, UK 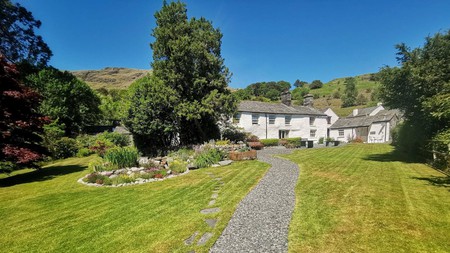 Climb the highest mountain in England, then bed down in one of these top hotels in the Lake District National Park, all bookable with Culture Trip.

Scafell Pike was gifted to the National Trust by a landowner at the end of World War I to commemorate local men who were killed in the conflict. Today, it’s one of the most popular spots in the Lake District, attracting around a quarter of a million hikers every year. Here’s where to stay if you’re planning a trek to the top of Scafell Pike, from cosy pubs-with-rooms to stylish boutiques boasting outdoor hot tubs. 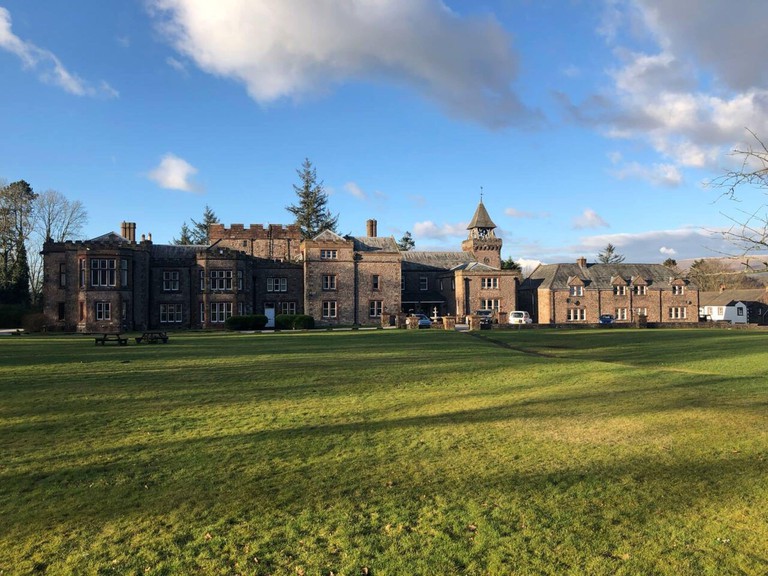 Peacocks, hens and deer roam the grounds of 14th-century Irton Hall, home to a prominent noble family until the late 1800s. The main building contains a bar and restaurant, plus 15 double and family rooms with garden views, all of which include a full English breakfast. There are also six self-catering properties in the grounds, the largest of which (Pele Tower) sleeps 16 and features a medieval stone spiral staircase. For access to Scafell Pike walking trails, drive 20 minutes to Wasdale Head.

The Inn at Ravenglass 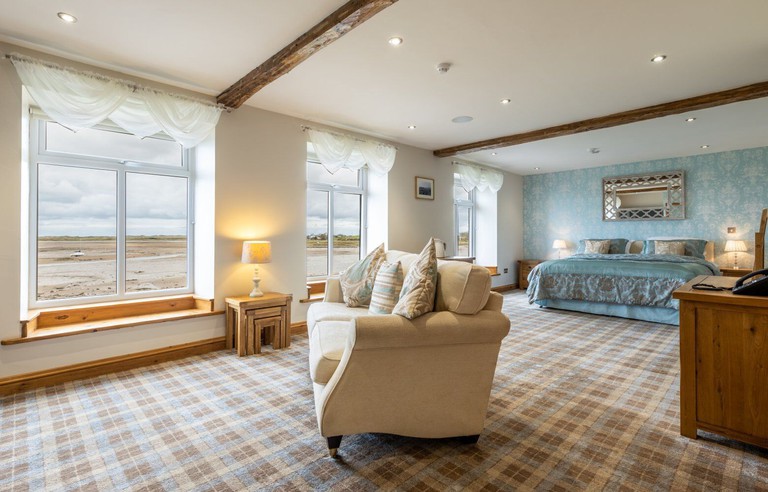 Courtesy of The Inn at Ravenglass / Expedia

Ravenglass is the only seaside village in the Lake District, so you’ll have both estuary and countryside views at this 17th-century coaching inn. Book one of two sea-facing rooms – an en-suite Executive Double or a Luxury Suite with a walk-in shower and free-standing bathtub. Downstairs you’ll find the pub itself, which serves up real ale in front of an open fire. For food, walk one minute to the inn’s sibling establishment, the Pennington Hotel. Scafell Pike trails are reached with a 30-minute drive. 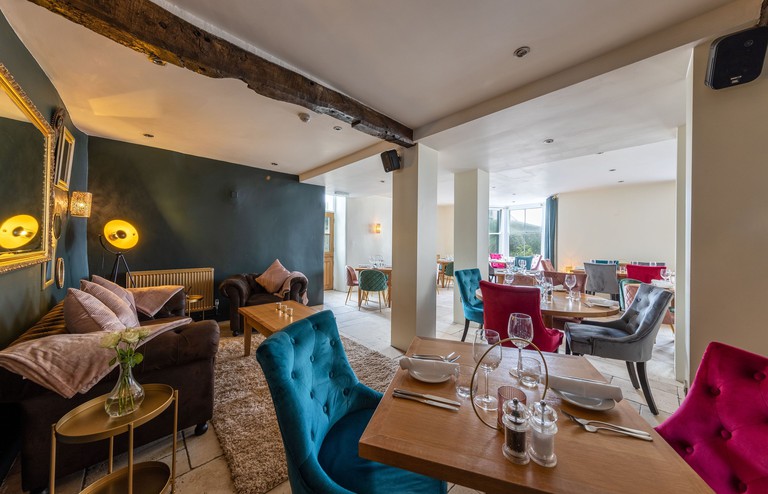 Courtesy of The Pennington Hotel / Expedia

Foodies flock to the AA Rosette-starred restaurant at the Pennington Hotel, where pub classics such as steak and ale pie, chilli con carne and fish and chips are prepared with top-notch Cumbrian ingredients (several gluten-free and vegan options are also available). Contemporary accommodation is spread over 22 en-suite, dog-friendly twin, double or family rooms, some of which have estuary views. After conquering Scafell Pike, relax in the bar which serves over 50 types of gin. 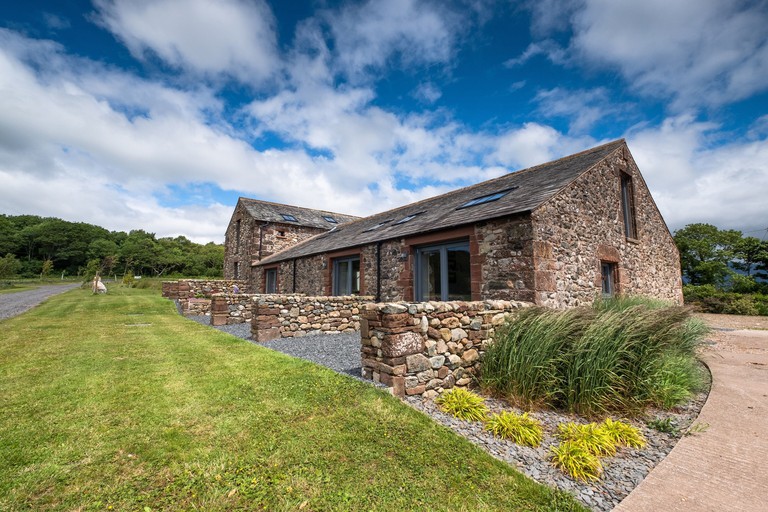 This stylish retreat boasts a communal outdoor hot tub looking out towards the Isle of Man. Each of its six suites has its own theme, from exposed walls in Stone and Cairn to thick wool carpets in Herdwick, named after the native breed of Lakeland sheep. All have their own west-facing patios and include a cooked-to-order English breakfast and/or access to a buffet. Take a drink from the honesty bar and relax in the chic lounge or out on the courtyard. 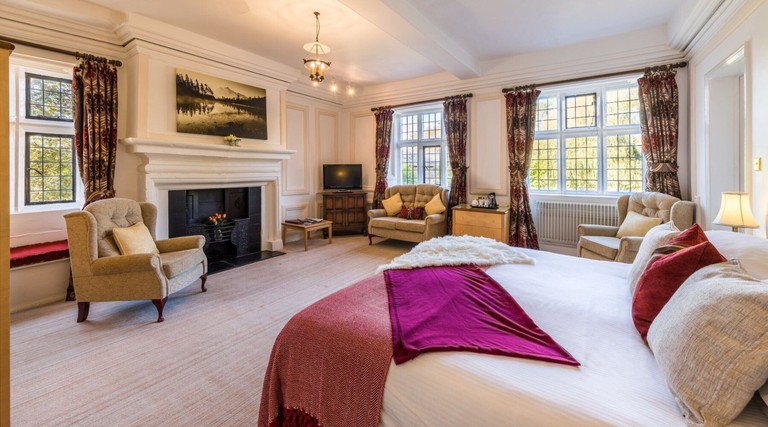 This 16th-century country manor is set amid parkland on the River Calder. It houses 11 double rooms, in which original features such as fireplaces and Tudor windows blend with bold, contemporary colours and luxury fabrics (there are five more bedrooms in an annex). Take a seat in the conservatory to enjoy afternoon tea – a finger-licking bonanza of homemade scones and dainty sandwiches – or head to the bar to sample local craft ales. The fine-dining restaurant serves posh pub grub made with Lakeland produce. 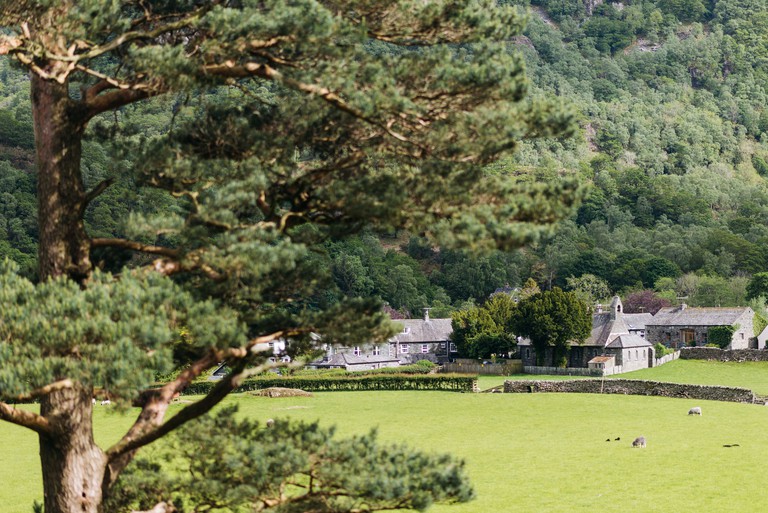 Another top foodie choice, this country house hotel has a double AA Rosette-starred restaurant overlooking the fells, with a French-British menu starring Herdwick lamb, Borrowdale trout and game from nearby Cartmel. It’s also a great option if you’re walking the Corridor Route to the top of Scafell Pike, as Seathwaite, where the trail starts, is just a 15-minute drive away. Ground floor rooms – of which are three are dog-friendly – have garden access and the rest have balconies with fell views. 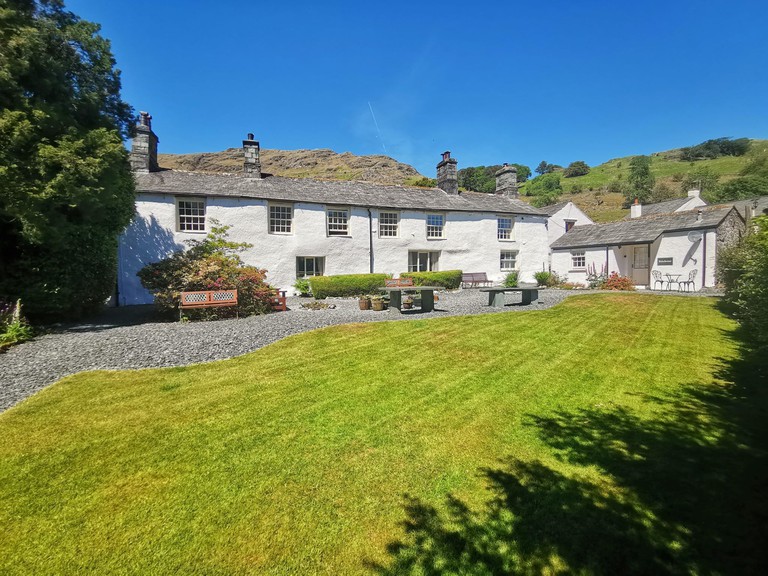 This whitewashed, 300-year-old building is the largest in the hamlet of Seatoller, situated just upriver from the beginning of the Corridor Route. Lodge-style, communal dining is at two large oak tables; homemade meals showcasing local meat and fish are served every evening at 7pm (except Tuesdays). Rooms are named after local residents such as ospreys, hedgehogs and owls and feature pine and dark wood furniture, exposed ceiling beams and sash windows with countryside views. 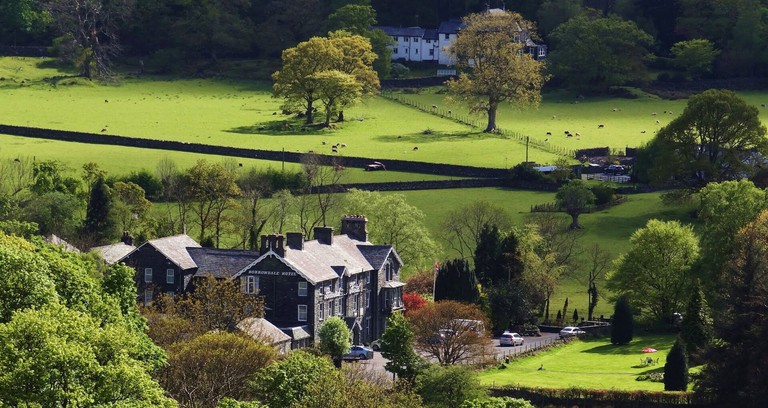 Courtesy of The Borrowdale Hotel / Expedia

When it opened in 1866, this cosy coaching inn was one of the first in Borrowdale. It’s sought out for its silver-service Sunday roast, during which the meat is hand-carved at your table. A decadent afternoon tea IS served by a roaring log fire in the winter and on the Victorian veranda during summer. Dog-friendly accommodation is available and some of the Prestige Rooms have views of the grounds and Derwentwater lake. The Corridor Route starts 5mi (8km) to the north in Seathwaite.

Unusually for a traditional British pub, the Woolpack specialises in pizza, with a menu ranging from the classic Margherita to more unusual toppings such as duck hoisin, or spicy beef and Cumbrian salami. There are seven en-suite rooms with showers and/or bathtubs, deep-pile carpets, luxury linens and antique furniture, some of which also have mountain views. Situated at the bottom of the Hardknott Pass, the inn is ideally placed for exploring Eskdale valley as well as climbing Scafell Pike. 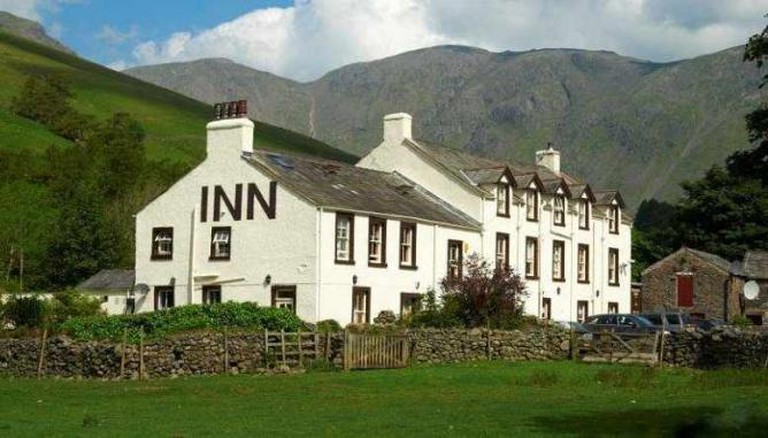 Image courtesy of Wasdale Head Inn
Once run by Wasdale legend Will Ritson – storyteller, farmer and huntsman – this hiker-orientated pub offers nine ensuite bedrooms in the main building, as well as three larger doubles and six self-catering apartments in a converted barn. Meet other walkers over a pint of ale in the Ritson Bar – a low-lit, wood-panelled space with a log-burner – before gravitating to the in-house restaurant to sample its speciality Herdwick lamb and mutton. The inn also has its own campsite, for which no prior booking is required.

Looking for somewhere to stay nearby? Book into one of the best luxury hotels in the Lake District, or, if you’re accompanied by a four-legged friend, opt instead for a top pet-friendly hotel. Inspire your itinerary with the top things to see and do in the Lake District; don’t miss the best walks in this glorious National Park. If you’re looking for local food, try one of the best restaurants nearby.