The Best Hotels and B&Bs to Book Near the Metrocentre, Newcastle 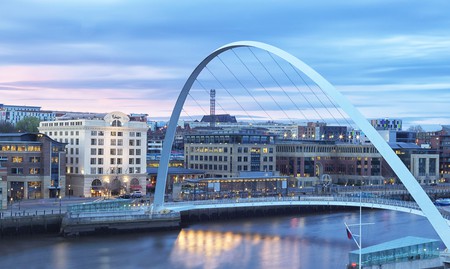 Thanks to it having in excess of 300 shops and 60 restaurants – plus a multitude of entertainment options – the Metrocentre could be the UK‘s most popular shopping mall. If a day trip is on your agenda, consider these excellently located hotels and B&Bs right around the corner.

Built on the site of a former power station, Gateshead‘s Metrocentre was the largest shopping complex in Europe when it opened in 1986. These days, the mall attracts more than 20 million shopaholics a year. It’s also a hit with families thanks to an array of dining and entertainment options, including adventure golf, climbing walls and a 17-screen Odeon cinema. If it’s on your list for a visit, check out these top hotels and B&Bs near the Metrocentre – bookable on Culture Trip. 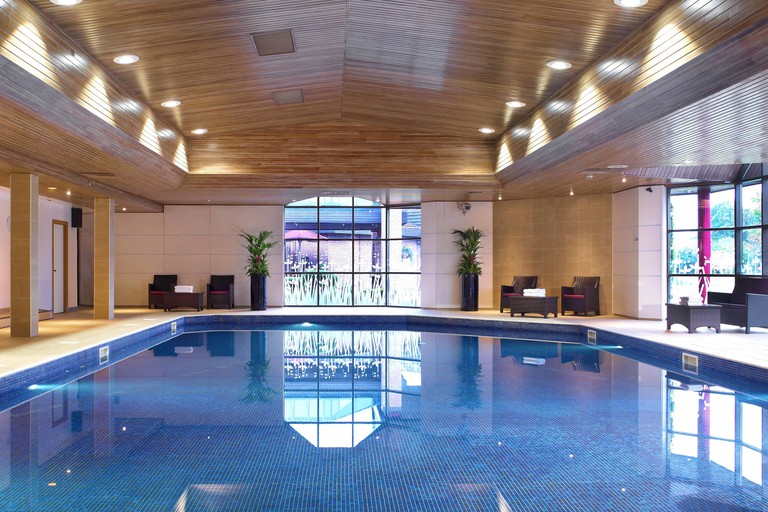 Courtesy of Newcastle Gateshead Marriott Hotel Metrocentre / Expedia
Located just off the A1, this glass-panelled hotel is only a six-minute walk from the Metrocentre’s red mall. After a day of intensive retail therapy, you’ll be able to alleviate your weary limbs at the hotel’s Comfort Zone spa; treatments include Indian head massages, hydra-memory facials and aromatherapy back massages. For a relaxing twilight dip, the swimming pool and whirlpool are open until 9:30pm. Kids’ swimming lessons can also be arranged. 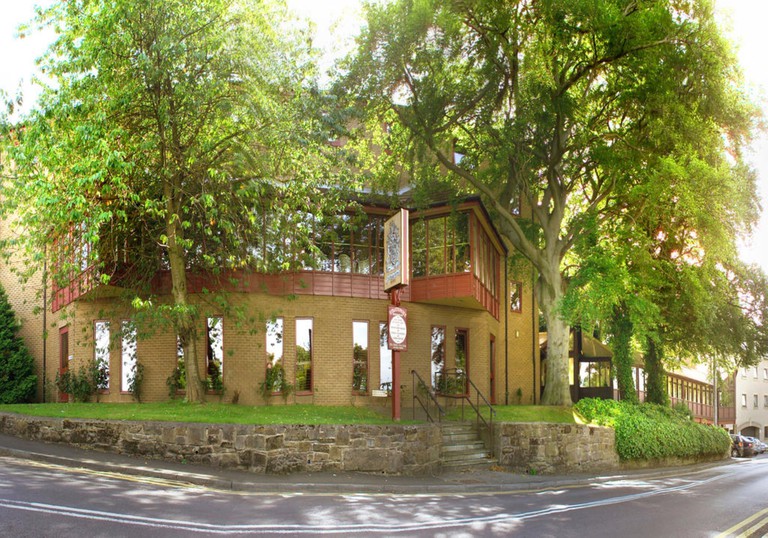 Courtesy of The Gibside Hotel / Expedia
The stained-glass ceiling of this hotel’s Sphinx Lounge Bar is almost as impressive as the view over the Tyne Valley. The spot also offers a bistro menu with some meaty picks, including rump steak and Monterey Jack ciabatta, alongside pepperoni and jalapeno homemade pizzas. A generous Sunday dinner – including beef brisket – can be enjoyed in the Strathmore Restaurant. In addition to a selection of spacious rooms, this Whickham Village stay also offers modern self-contained apartments for weekly rentals. 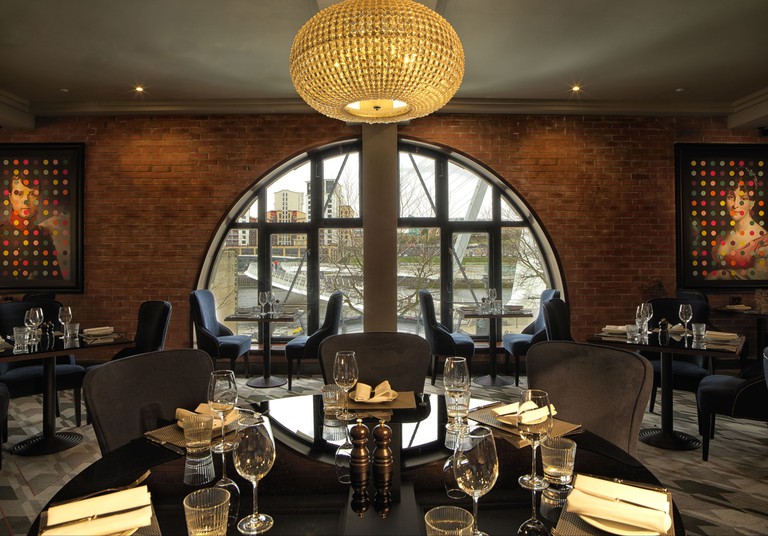 Courtesy of Malmaison Newcastle / Expedia
Perfectly located to enjoy the moonlit majesty of Newcastle’s Quayside, this hotel is less than a 15-minute drive away from the Metrocentre. The views of the iconic Tyne and Millennium Bridges will have you reaching for your camera phone. You’d best take a picture before your focus wavers, thanks to an encounter with the hotel’s mixologists. The cocktail names (such as Power Is My Mistress and A Long Walk Through a Forest) are as ambitious as the recipes: ingredients include elderflower, rosemary and spiced pineapple shrub. 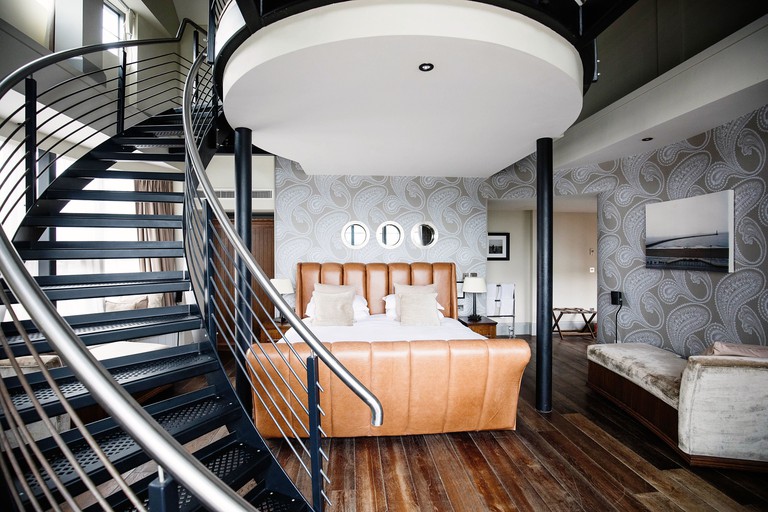 Courtesy of Hotel du Vin Newcastle / Expedia
Once home to the Tyne Tees Steam Ship Company, this respectfully-refurbished Edwardian building comes with plenty of neat touches hinting at its history. Some bedrooms feature porthole windows, while the outdoor seating is surrounded by a ship rope perimeter. The hotel is also situated on the doorstep of one of Newcastle’s hidden gems: the 19th-century underground wagonway known as the Victoria Tunnels, which was used as an air-raid shelter during the Second World War. (Please note, tours must be booked in advance.) 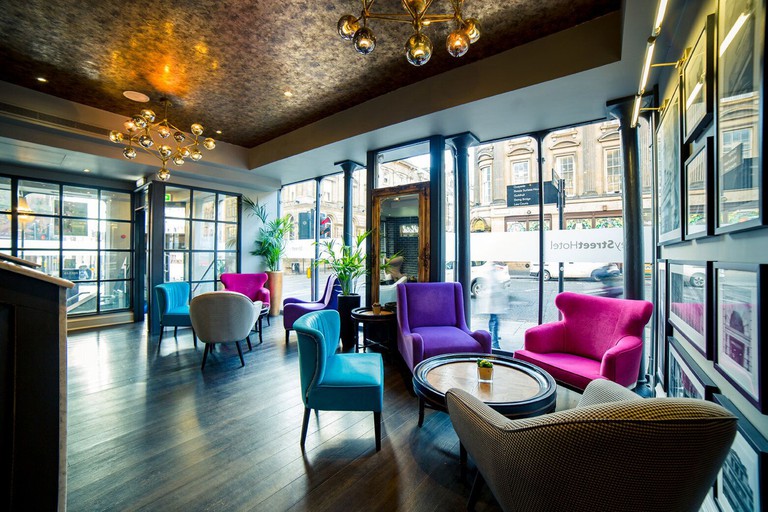 Courtesy of Grey Street Hotel / Expedia
The regal Georgian architecture of Grey Street makes it one of the most photographed spots in the northeast – and this Grade II-listed building is right at the heart of it. You’ll find the Metrocentre 15 minutes away in a cab or a little over 20 minutes by bus; Newcastle’s own shopping mall, Eldon Square, is a 10-minute walk north. The blooming Leila Lily’s bar and restaurant offers charcoal steaks cooked in the city’s only Spanish mibrasa charcoal oven. 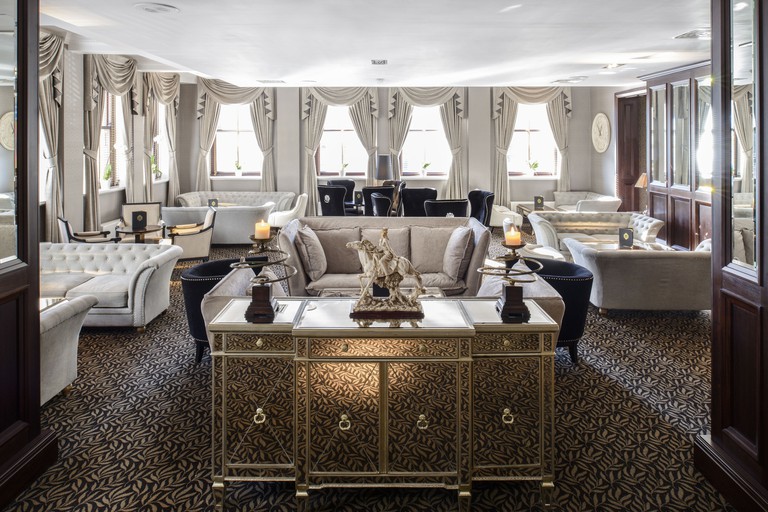 Courtesy of The Vermont / Expedia
With neighbours that include Newcastle’s Cathedral, Central Station and the 12th-century castle from which the city gets its name, this hotel is in prestigious company. Fortunately, with a ballroom that was once the council chamber – and an elegant 1930s theme – the Vermont is more than a match. Head to the rooftop bar, suitably named Above, to appreciate just how perfect a location this is for exploring the most famous sights around. 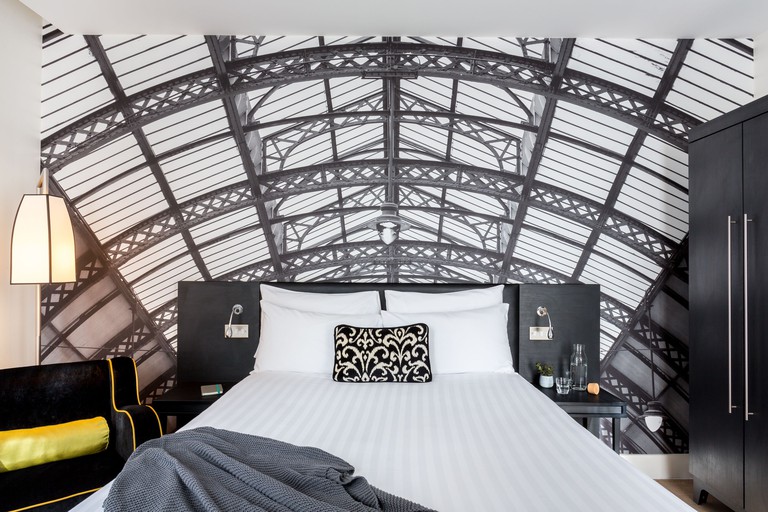 Courtesy of Hotel Indigo Newcastle / Expedia
The impressively designed rooms in this hotel have been inspired by one of Newcastle’s most-loved institutions. Opened in 1835, the bustling Grainger Market was a favourite haunt for locals long before the Metrocentre; you can take a five-minute walk to see the real-life versions of the architecture depicted in the hotel’s wallpaper prints. Alternatively, head to the bar, the Grainger Lounge, and sign up for a fun-fuelled cocktail masterclass, with cocktails and canapes included in the price. 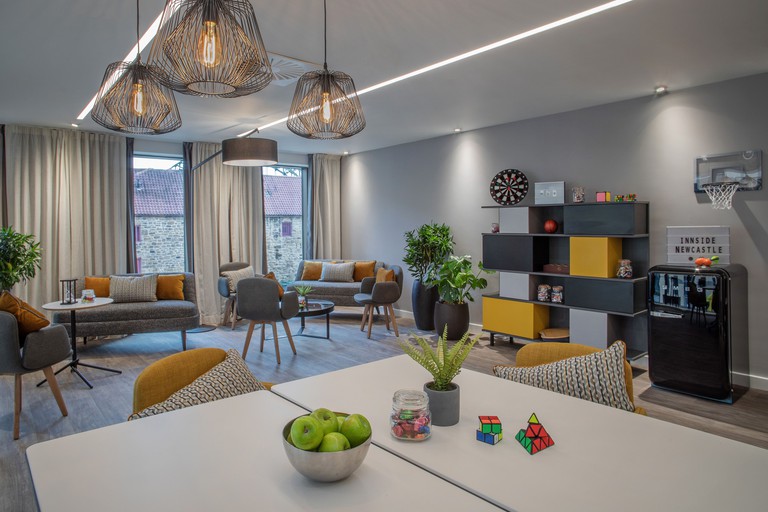 Courtesy of INNSiDE Newcastle / Expedia
This quayside hotel shares a building with a pleasantly-located Gino D’Acampo restaurant. With an outdoor terrace overlooking the Tyne and its collection of bridges, it’s a great place to enjoy seasonal Italian fare. Try the crab and prosecco linguine, and the grilled swordfish. If you’re looking to work off your indulgence, the hotel offers 24-hour access to its gym, which hosts a range of smart tech options, like on-demand virtual training.
Give us feedback