The Art to See at This Year's Liverpool Biennial 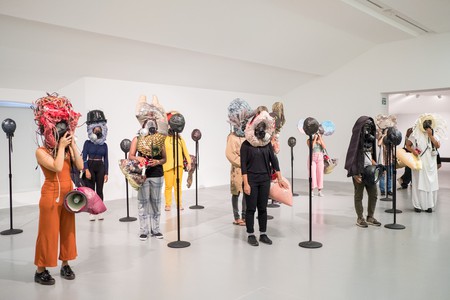 The Liverpool Biennial celebrates 20 years of bringing international art to the UK city this year. On this momentous anniversary, Culture Trip takes a look at the standout artworks of this year’s edition, Beautiful world, where are you?

The 10th Liverpool Biennial invites us to to reflect on the turbulent times in which we live. With Brexit looming, an escalating global refugee crisis, society battling persistent inequalities, closing borders and political instability, 40 artists from 22 countries have been tasked with the challenge of responding to this year’s title of Beautiful world, where are you?

Across Liverpool, civic buildings, museums, galleries and public spaces are taken over by artworks that present thoughtful explorations and offer alternative perspectives on the uncertainty of contemporary existence.

‘The Intermediates’ by Haegue Yang

For the biennial, the South Korean artist draws on the traditions of arts and crafts as well as industrial modes of production in her ongoing series, The Intermediates (2015-). The Wolfson Gallery at Tate Liverpool becomes the site for Yang’s immersive multi-sensory installation, which features her straw sculptures that foreground folklore and ancient customs, especially paganism and the act of maypole dancing. Yang also incorporates a digitally produced wallpaper and sourced recordings of wildlife from the British Library to create a space where societal conventions of mythology and technology coexist. 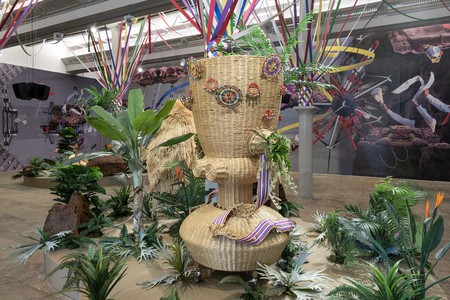 The London-based artist’s new commission for the biennial reflects on Liverpool’s architectural history, referencing the Williamson Tunnels and the Old Dock, which reputedly gave the city its name and is preserved under the Liverpool ONE shopping centre. Employing material processes and techniques used by Merseyside shipbuilders, Hendry’s large scale sculptural components located in Exchange Flags highlights the hidden infrastructure of the city. 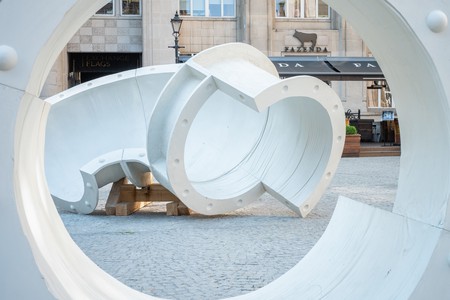 Esteemed French New Wave filmmaker Agnès Varda presents her three-channel video installation, specially commissioned by Liverpool Biennial and FACT. Combining elements from three of her films: Documenteur (1981), Vagabond (1985), and The Gleaners and I (2000), Varda invites visitors to contemplate the temporality of life through her portrayal of different individuals. 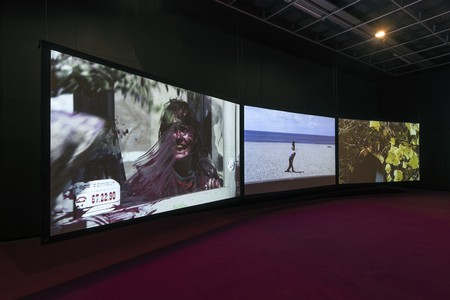 Part inspired by the Montessori method of education, which encourages self-directed activity, Ryan Gander has worked with five children from Knotty Ash Primary School to create a series of works around the city. Reminiscent of building blocks, Gander’s five public artworks located in front of the Brutalist Liverpool Metropolitan Cathedral have been configured by the pupils and, along with a group exhibition at the Bluecoat art centre, illustrate how art can help children realise their potential. 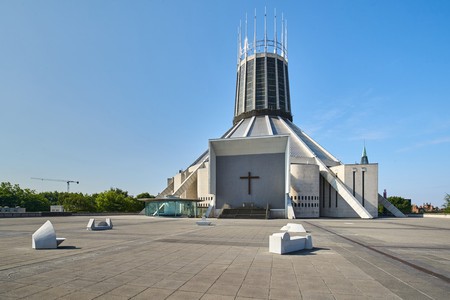 Taking over the rehearsal studio of the Playhouse, a Grade II-listed theatre, the Bangladeshi artist Reetu Sattar presents her film Harano Sur (Lost Tune) (2017-2018). Commissioned by the Liverpool Biennial and the Dhaka Art Summit, the film documents a performance Sattar staged of musicians playing harmoniums, a keyboard musical instrument integral to Bangladeshi culture. As a sequence of sustained single msucial notes surround you, Sattar creates a sonic protest against Bangladesh’s recent social upheaval as well as the disappearance of cultural traditions. 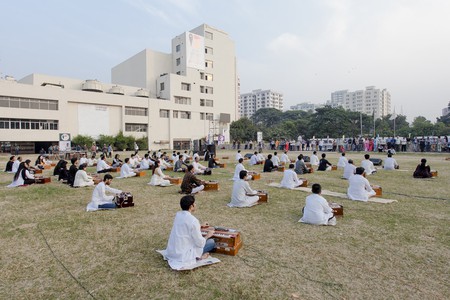 In October, the Royal Albert Dock will get an exciting shipment in the form of Ugo Rondinone’s first public artwork in the UK. Expanding on the Swiss artist’s Mountain series, which includes the Seven Magic Mountains (2016) in the Nevada Desert and Miami Mountain (2016) outside The Bass, the totem of fluorescent painted rocks will take pride of place in Mermaid Courtyard next to Tate Liverpool. 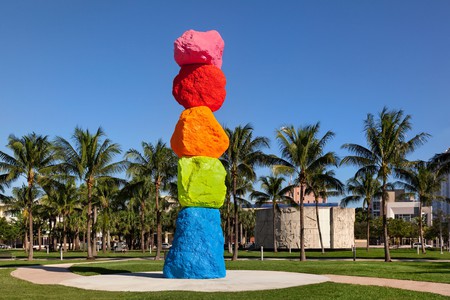 Liverpool Biennial is on at various venues until 28 October 2018.

Want to see more art around the UK? Here are the best exhibition that aren’t in London.