The Adventure Traveller's Guide to Devon and Cornwall 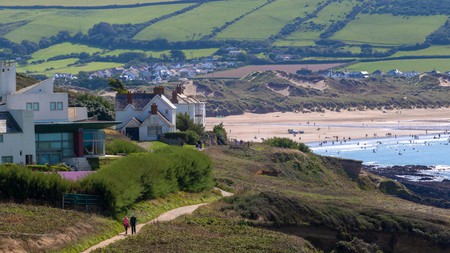 Grab your board when you head to Croyde, it's one of the top surfing spots in the UK | © Gary Blake / Alamy Stock Photo

Both Devon and Cornwall are blessed with activities for the thrill-seeking traveller. Take your pick from heart-pumping hikes along craggy coastlines in search of secluded coves, moorland wild camping near sacred stones, horse-riding in ancient woodlands, and watersports such as surfing, canoeing, kayaking and coasteering.

The famous South West Coast Path is first choice if you enjoy hiking over rugged cliff tops basking in the stunning sea views and billowy fresh air. It’s the longest National Trail in the country and was originally created by coastguards looking for smugglers, so the path covers every inlet. Some parts are easier whereas others require more physical exertion and daring if you want to get off the track and find some hidden gems. 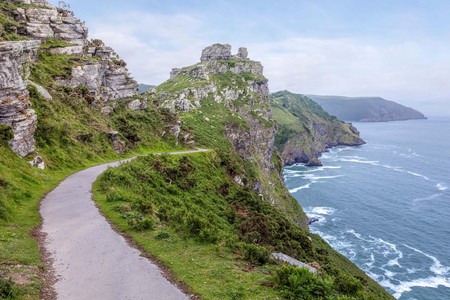 In Devon, there are distinct differences between the north and south. The north has higher cliffs and greater stretches of sandy beaches and great surfing, whereas the south has more coves, inlets and estuaries. On Culture Trip’s exclusive six-day tour of Devon, you’ll explore the best walking routes of both coastlines.

Crook Point Sands is rare for the northern Exmoor coast in that it’s a sandy beach. Sitting between Woody Bay and Lee Sands, it is a bit of a scramble to get there which makes the mission more exciting: a small path takes you through a hedge tunnel and ropes get you down to the beach. It’s only really accessible at mid-tide but don’t go if it’s rainy as the way becomes too slippery and unsafe.

If you’re into cycling, check out the 32mi (51km) long traffic-free Tarka Trail from Braunton to Barnstape, which has a fascinating mining heritage and superb views of the Taw Estuary. If that’s not long enough, there’s the 102mi (164km) long Devon Coast to Coast National Cycle Network Route 27, which runs between Ilfracombe on the north Devon coast to Plymouth on the south coast. 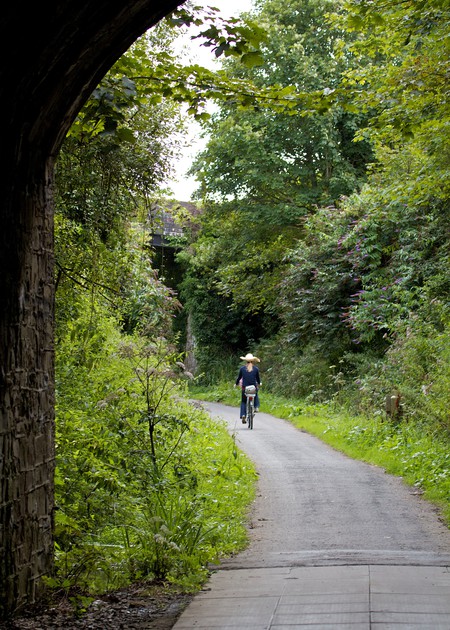 In Cornwall, Land’s End in Penwith is popular for its dramatic cliffs and desolate ambience. Check out nearby Nanjizal Bay a mile south: an astonishing secluded cove with a narrow arch called Song of the Sea. It’s a bit of a scrabble to get there but that’s half the fun. After having a dip in the rockpool, snorkel through a sea tunnel and admire the surrounding coralline pink walls.

If you feel up to something more challenging, the five day, 56mi (90km) walk from Sennen Cove in the southwest to Coverack in the southeast takes you along windy and wild clifftops and past amazing granite rock formations.

In north Devon, Croyde Bay near Braunton is regarded as one of the top surfing spots in the county, plus there are great waves to be found at Woolacombe and Saunton. 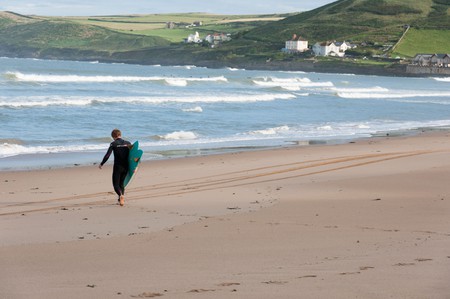 If you’re in South Devon and like snorkelling there are gorgeous reefs to explore around the Thurlestone Rock Arch in the district of South Hams. This is another activity included on our carefully curated small-group tour of Devon.

In Cornwall, Fistral Beach in Newquay is the most well-known surfing destination, although if the crowds put you off you could try Gwithian Beach near Hayle, Praa Sands in Helston as well as Perranporth or Porthtowan.

For coasteering, it’s best to go with a reputable company rather than alone. Cornish Rock Tors in Port Isaac and Kernow Coasteering in Penzance are both highly rated. With Cornish Rock Tors you can also go sea kayaking and wild swimming and both companies can take you rock climbing too.

Devon has two national parks to explore – Dartmoor and Exmoor, which straddles north Devon and west Somerset. Both have their pros: Exmoor has the highest coastal cliffs in England and 750mi (1,207km) of public access pathways, whereas Dartmoor covers 368sqmi (953sqkm) of unspoilt, open moorland with mysterious granite tors, deep valleys of woodland with fast flowing rivers and the largest concentration of Bronze Age remains in the UK. Thanks to a bylaw, it’s also possible to camp there overnight.

In Exmoor, Watersmeet makes for a great mix of activities: cliffs and coastal walks, ancient woodland and one of the deepest river gorges in Britain surrounded by numerous decent hiking trails. If you like fishing, head to where the East Lyn river passes Watersmeet House to catch salmon and trout. You can also take a canoe from there down to Lynmouth and don’t miss Foreland Point and Countisbury; some of the highest sea cliffs in England. The views east and west are spectacular, plus from Countisbury there’s a good walk along the South West Coast Path. 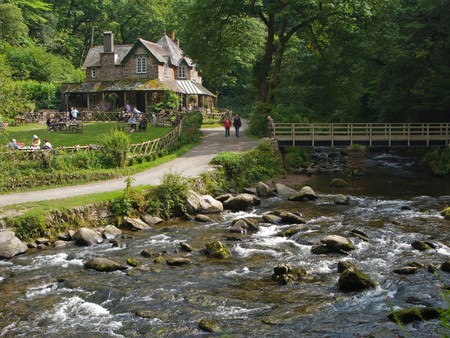 In Dartmoor try out a few different ways to explore the area: on foot, cycling, horseback or immersed in the rivers. Gorge scrambling is becoming quite a popular activity, as it’s an exciting combination of rocks and water. On the Wilds of Devon by Culture Trip tour, you’ll cycle along the scenic Tarka trail, and swim in the tucked-away Sharrah Pool.

Across the county, Bodmin Moor is Cornwall at its wildest and most atmospheric and a designated Area of Outstanding Natural Beauty. It was first farmed by Bronze Age settlers 4,000 years ago and there are numerous fascinating ancient stones and archaeological remains to see, including Trethevy Quoit near the village of Minions. 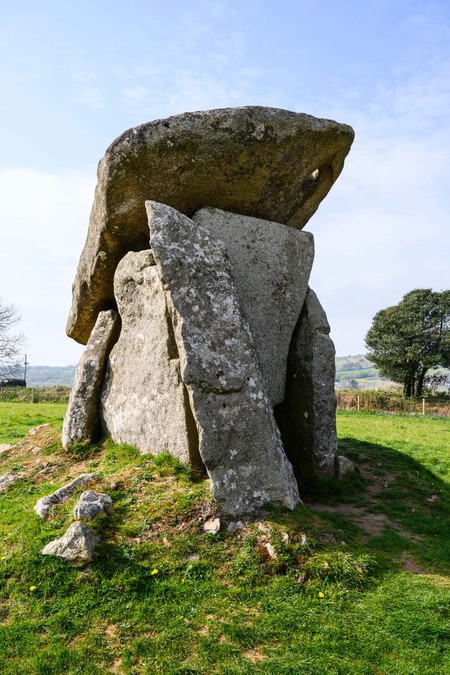 Beyond Bodmin, if your feet feel like leaving the ground the zip wire over a flooded quarry at Adrenalin Quarry in Liskeard is well worth a go: it’s 50m (164ft) high and 490m (1,608ft) long and will definitely get your heart racing.