The 20 Must-Visit Attractions in Bath, England 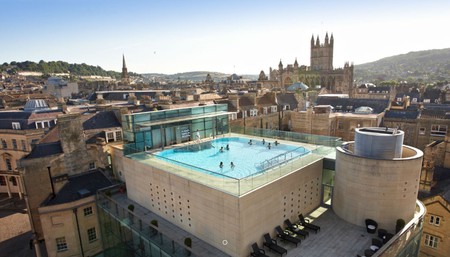 Tucked cosily in the rolling countryside of southwest England, the honey-coloured stonework of Bath in Somerset stands out proudly against its green and pleasant surroundings. Famed the world over for its natural hot springs and home to an incredible gothic abbey, this gem of a city is also a UNESCO world heritage sight, with an eclectic local arts scene and rich literary history waiting to be explored.

Here’s our list of the 20 must-see attractions in Bath, England:

You’ve just arrived in the city, fresh off the train, suitcases safe at the Airbnb. Wander into the pretty streets, and you’re ready to drink in Bath’s West Country charm. But something’s missing. This isn’t right. Walking is grand, but isn’t there some way more glamorous? Yes, as it turns out. No better view of Bath’s magnificent Georgian architecture can exist than the one you’ll get from a hot air balloon ride. Head to Bath Balloons to book your trip (champagne optional) and you’ll be up, up and away! 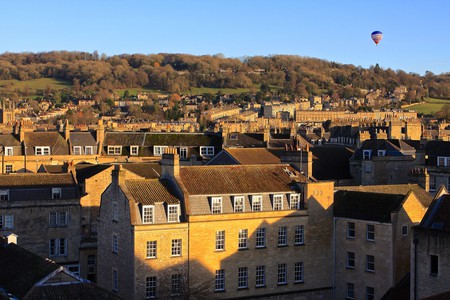 Built between 1826 and 1827, Beckford’s Tower and Museum, with its winding staircase and impressive view across the historic Lansdown Cemetery, is somewhere a little different to visit in picturesque Bath. The only surviving example of the architecture of William Beckford, who also designed Fonthill Abbey in Wiltshire, the 120-foot-tall neo-classical tower provides a peculiar charm and gorgeous countryside vistas. 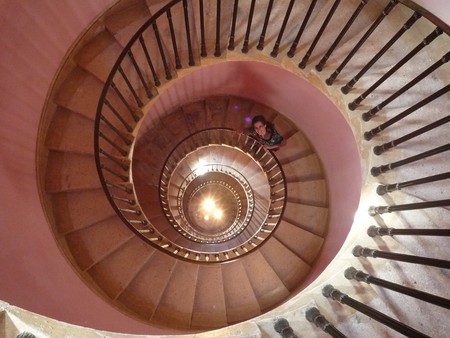 To the east of Bath’s famous weir are the Beazer Gardens, with a curling maze paved into its simple green lawn and detailed mosaics depicting scenes from Bath’s history, both recent and distant. Relax on the grass after a day wandering the better-known sights. 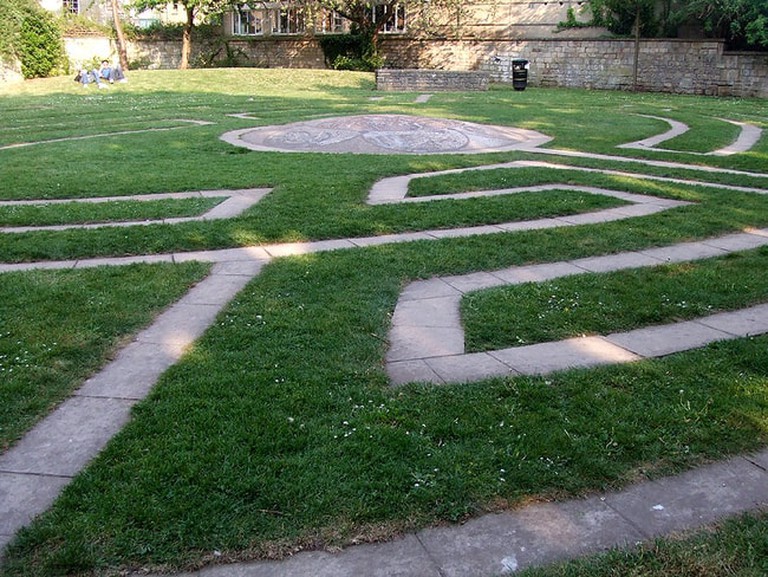 This historic row of Grade-One listed townhouses makes for a pleasant walk, showcasing the architectural skill of John Wood the Elder and forming a perfect circle, originally known as The King’s Circus. Building of the stunning landmark began in 1754, and the spot is believed to have been home to a number of famous people, including the artist Thomas Gainsborough and actor Nicholas Cage. 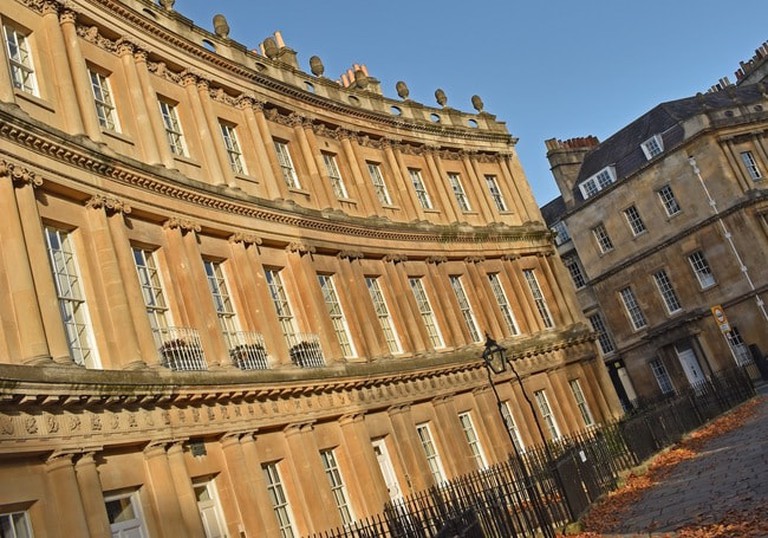 For a fancy night out in Bath, head along to the Theatre Royal, which is home to three performance spaces and bursting with history. The Main House stage is host to big-name musicals and pantomimes, while the Ustinov Studio puts on more alternative work, such as subversive comedy, experimental plays and puppetry. There’s also the Egg, a children’s theatre. 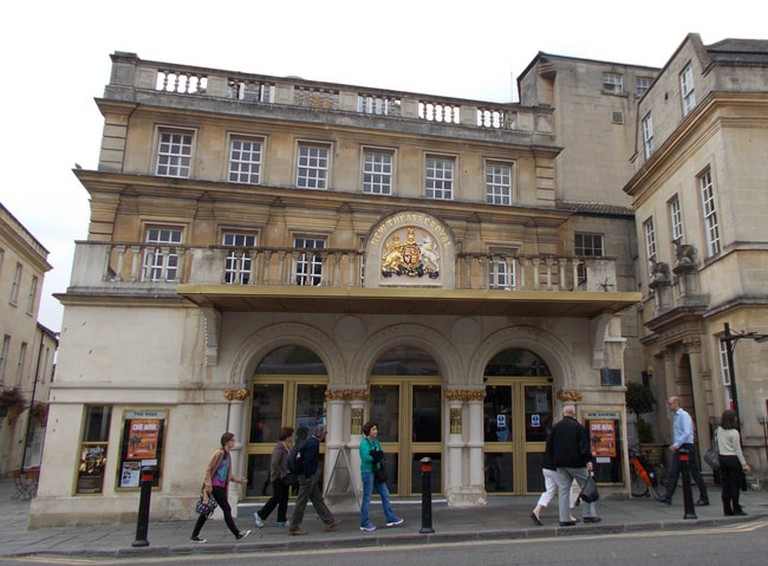 On your visit to Bath, be sure to set aside an afternoon to wander the shops of Milsom Street and the little roads leading off it too. With trendy boutiques and artisan stores selling gifts and clothing, this is the ideal location to pick up a few souvenirs from your visit to Somerset. 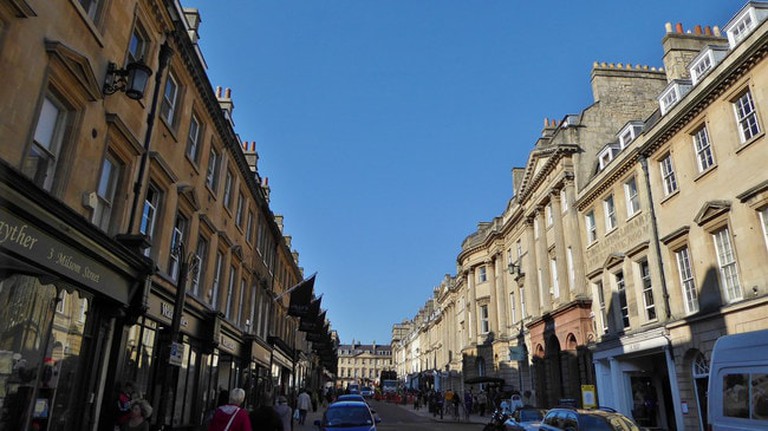 A must if you need your culture-fix in Bath is the Victoria Art Gallery. The building was opened as a gallery in 1900 to commemorate Queen Victoria’s diamond jubilee, and offers free entry so you can peruse its terrific collection of paintings, sculpture and decorative art. The Grade-Two listed building is home to more than 1,500 objets d’art and has paintings from the 17th century up to the present day. 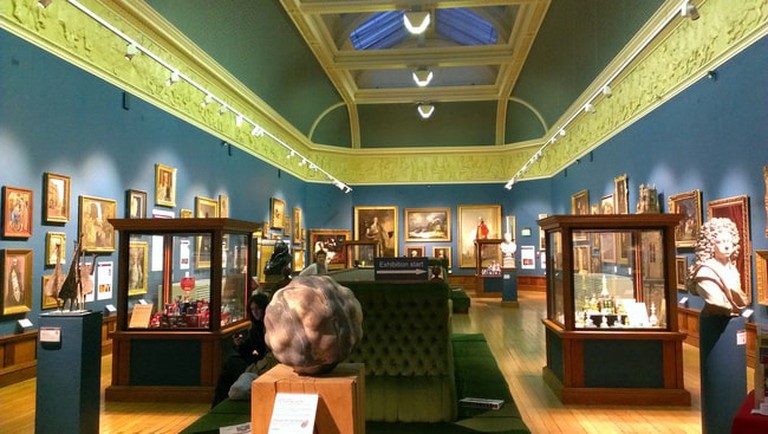 If the oil paintings of the Victoria Art Gallery leave your heart beating for more design and colour, head over to Bath Fashion Museum, which is housed at the town’s Assembly Rooms. Doris Langley Moore donated the city of Bath her collection in 1963, and the museum now has displays of eye-catching fashion from the 18th century, the modern day and everything in between. 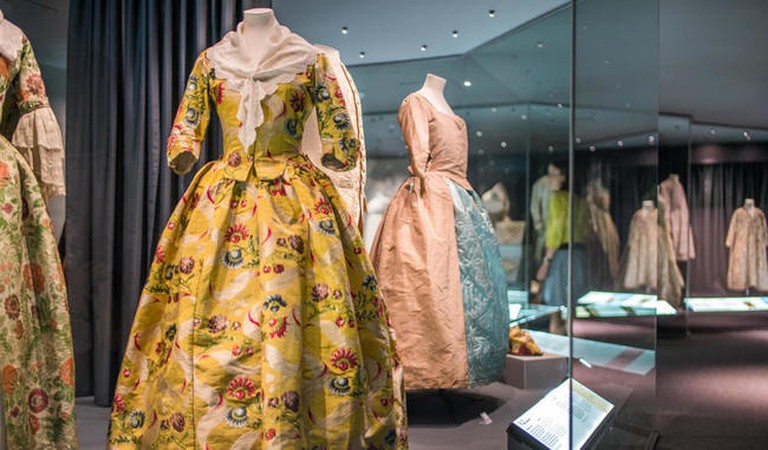 A pleasant cycle path winds its way along the Kennet and Avon Canal in Bath. Often described as Britain’s most popular waterside cycling route, the path lets you take in wonderful views of the tree-lined canal and watch the houseboats bob cheerfully on the water. Rent a bike and cycle as far as you dare before the cosy bars of Bath beckon you home before nightfall. 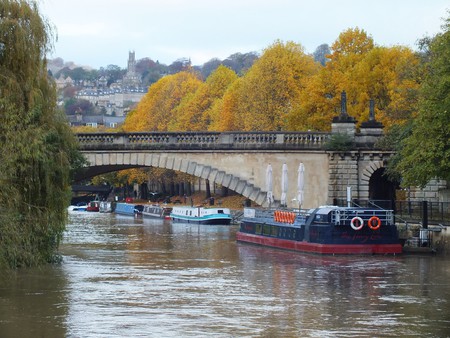 A collection of Victorian silver and classic paintings by the Old Masters is housed in yet another example of Bath’s regal Georgian architecture. There’s also a modern extension to the building, and free admission means plenty of culture and a guilt-free spree at the gift shop. 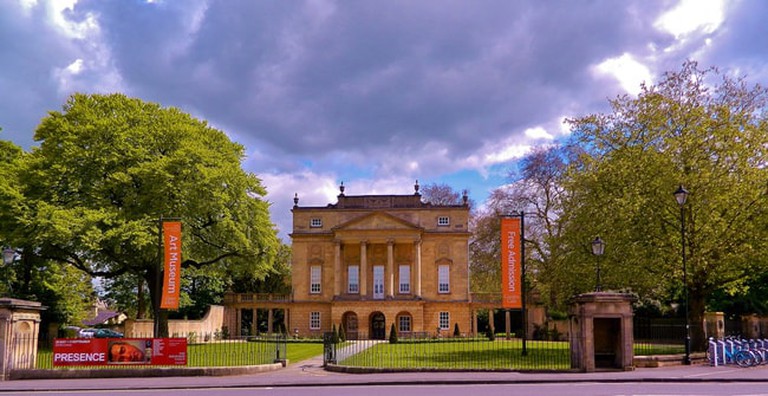 Now we’re talking. While this city’s ancient baths offer a fascinating glimpse of history, there’s very much a no-diving policy. Live the Roman spa dream courtesy of Thermae Bath Spa, Britain’s only natural thermal spa, with the added bonus of a cracking view across the city. 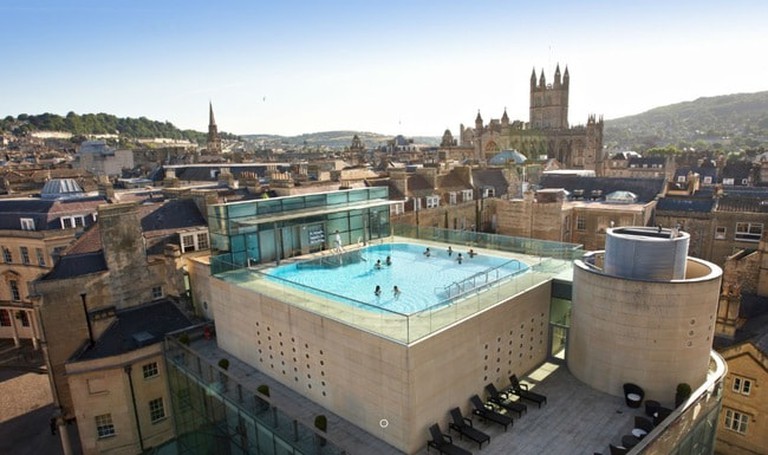 Completed in 1774, the bridge was built to cross the River Avon and connect Bath to its newly built Georgian neighbour, Bathwick. The bridge affords brilliant views of the city in the sunshine. But the truly exciting news is the cascading weir features in blockbuster musical Les Miserables as the scene of Russell Crowe’s dramatic final ballad. (Come on! That is exciting. No? Just us, then.)
Open In Google Maps
Bridge Street, Bath, England, BA2 4AT, United Kingdom
Give us feedback

With an eye-opening collection of displays and information of the life and work of this much-loved author, the Jane Austen Centre offers visitors the chance to pose with a waxwork of the writer herself (in period costume, no less) or tuck into ‘Tea with Mr Darcy’ at the Regency-style tea rooms. 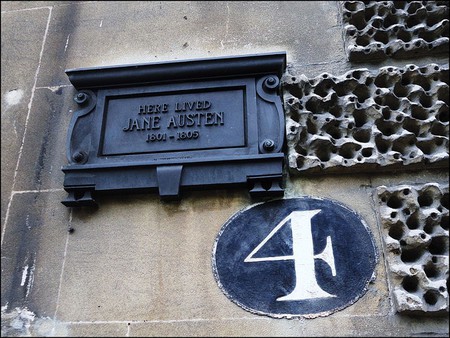 Finally! With the hot air ballooning and rooftop swim out of the way, you can concentrate on the real reason for your visit to this city and one of the finest historical experiences in Europe – the beautiful Roman baths. These glorious ruins transport you back down the centuries, and paired with excellent museum displays, the baths make for a wondrous experience with plenty to learn. A magical day out. 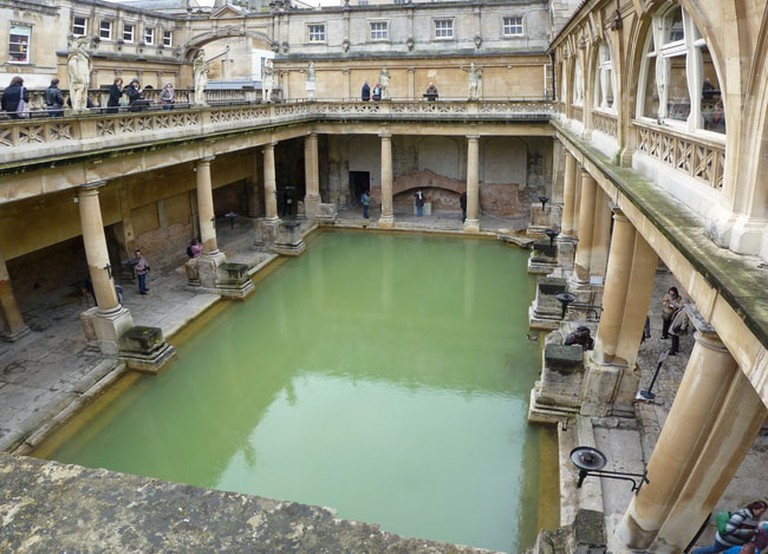 No trip to Bath would be complete without a visit to the splendid sight that is Royal Crescent. This row of thirty terraced houses, designed by John Wood the Younger, is like the Circus’s cuter, more popular little sister. The first house in this superbly photogenic row, No. 1 Royal Crescent, is home to a luxurious museum with interiors decked out in the elegant Georgian style. 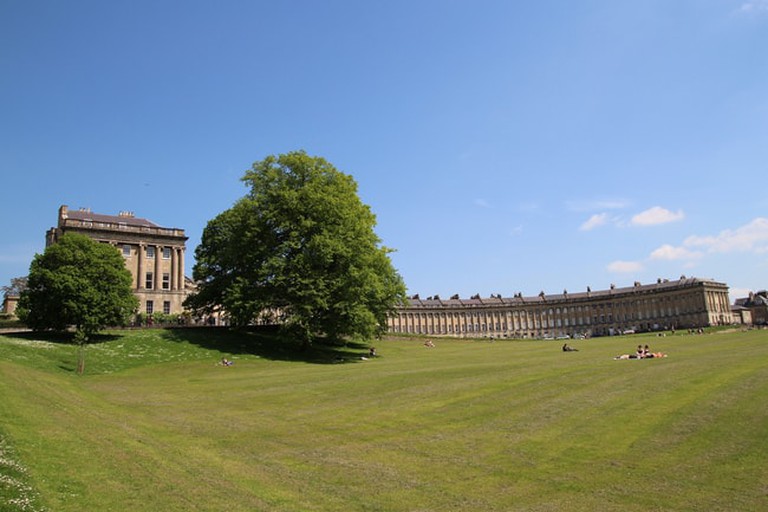 This lush green park makes for a top-class picnic location with Instagram-ready backdrops in every direction. Opened by its namesake Queen Victoria when she was 11 years old, the park contains an obelisk dedicated to the long-reigning monarch. These 57 acres of land, originally an arboretum, make a pleasant place to languish after a hard day of museum-gazing and Roman bathing.

This restored Georgian house showcases art sourced solely from East and Southeast Asia, making a pleasing contrast from the maximum Englishness of Bath’s old-school architecture, cosy tea rooms and stretches of green grass. Inside is a world of treasures, from ceramics and jades to metalware and bamboo carvings, to name a few. This collection is unique to the UK, with current exhibitions including Japanese men’s fashion and Netsuke sash-fastenings. 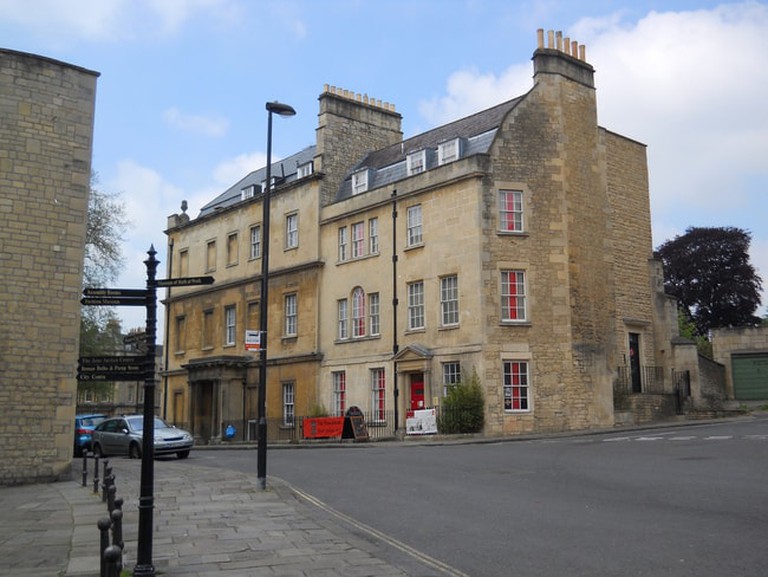 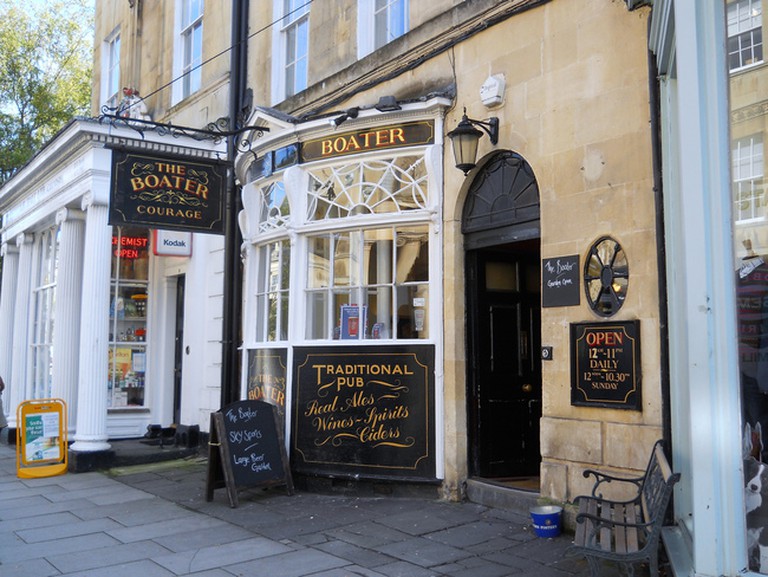 The Boater, Bath | © Shrinkin' Violet/Flickr
One of Bath’s many friendly options for a well-earned pint, the Boater has a charming beer garden just right for a sunny afternoon. With moreish real ales and local ciders to choose from, make this a pitstop on your tour of the city, or let day turn to darkness and see where the night takes you.
Open In Google Maps
9 Argyle Street, Bathwick Bath, England, BA2 4BQ, United Kingdom
+441225464211
Visit Website
Visit Facebook page
Give us feedback

There’s nothing quite like an English Christmas market to give you those December tingles. Lit by twinkling fairy lights and with the smell of roasted chestnuts in the air, the artisan wares on Bath’s Christmas Market stalls are enough to melt the icicle-heart of Scrooge himself. Grab a steaming hot chocolate and listen to a carol or two as you smugly survey your bagfuls of stocking-filler gold. 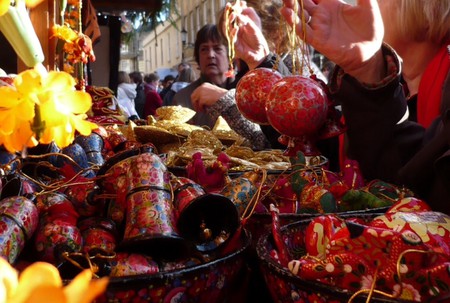 The gloriously gothic turrets of Bath Abbey are very much essential to your visit. The Grade-One listed building and former Benedictine monastery is home to important war memorials and some spectacular stained glass. With space for 1,200 worshippers, the cathedral is regularly host to ceremonies, lectures and concerts. Head inside to marvel at the swirling ceiling design in pin-drop silence, worlds away from the city’s chatter outside. 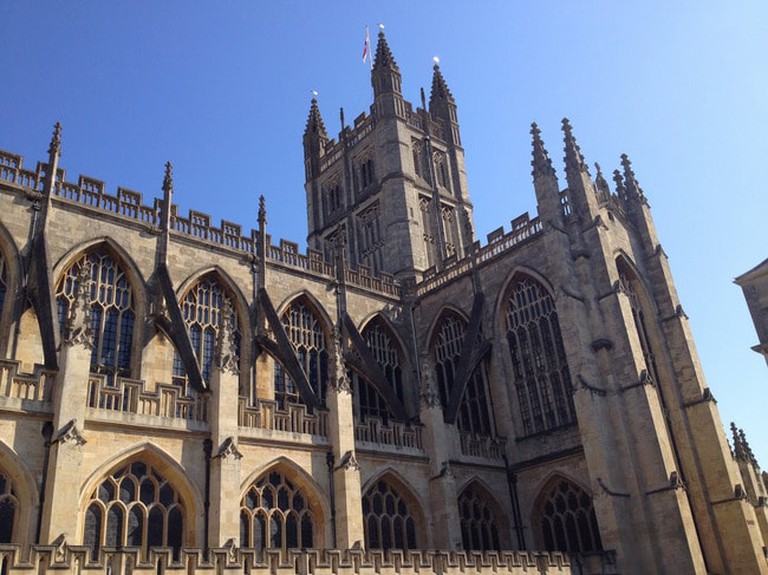