Despite the multiplying of multiplexes in England, there’s still a place for humble independent cinemas. Here are a dozen of the coolest movie emporiums.

Cinema
Facebook
Email
Twitter
Pinterest
Copy link
Share
The site of Nottingham’s Broadway was previously home to a church, but it’s now the place of worship for film fans in the area. The glass frontage gives passersby a view of the eye-catching three-storey interior, but the real jewel is the Paul Smith-designed auditorium. The cinema shows a mixture of art house, blockbuster, documentary, foreign and classic films, all enjoyed from the comfort of designer chairs. Broadway Real Ale brings an extra sense of enjoyment to films and evenings spent at the venue.

Cinema, Theater
Facebook
Email
Twitter
Pinterest
Copy link
Share
The perfect antidote to the multiplex. Cube, Bristol’s self-styled microplex and adult creche, aims to offer a difference to the normal cinema scene. It is a non-profit co-operative staffed by volunteers, with screen time mostly being taken up by documentaries, world cinema and cult classics, as well as special nights curated by local groups, ‘Games Nights’ and nights showcasing works from non-professional filmmakers. They also pride themselves on serving ethical products, to the point of serving up their own recipe cola.

Cinema, Movie Theater
Facebook
Email
Twitter
Pinterest
Copy link
Share
The Duke of York’s Picturehouse in Brighton is the oldest continually running cinema in the country, first opening in 1910. Today the cinema still retains the grandeur of its Edwardian roots, having been restored by Picturehouse when they purchased it in 1994. It contains one 278 seat auditorium complete with luxury balcony and ornate décor. It hosts a number of Q&A sessions as well as themed and fancy dress nights and this mixture of fun and sincerity for film has led to a loyal band of patrons, including Steve Coogan, Nick Cave and John Hillcoat. 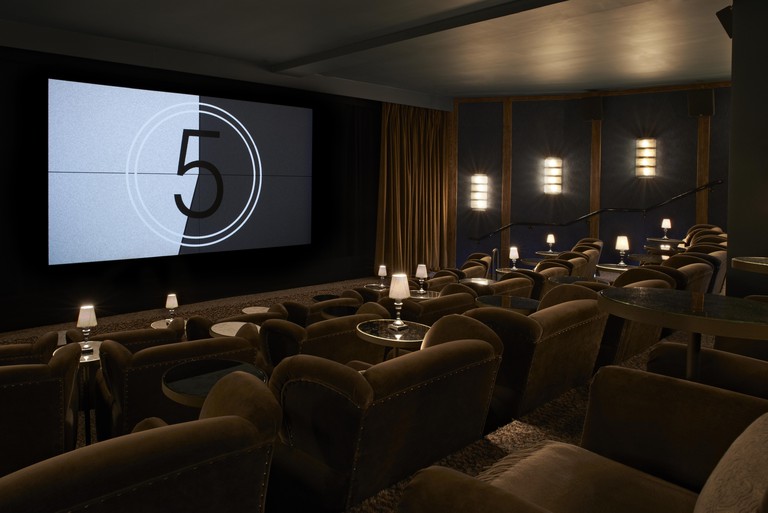 Electric Cinema, Shoreditch | © Courtesy of the Soho House group
One of the oldest cinemas in England having opened in 1909, though not in continuous use from this time, The Electric also lays claim to being one of the most refined. It does not serve popcorn, but does offer an absinthe fountain and waiter service, so patrons can truly feel that they are being looked after during their fcinematic experience. It hosts a wide range of independent, mainstream and foreign films, as well as a number of film festivals throughout the year. Having founded Electric Flix film company, the cinema really shows its commitment to producing and showcasing quality films. 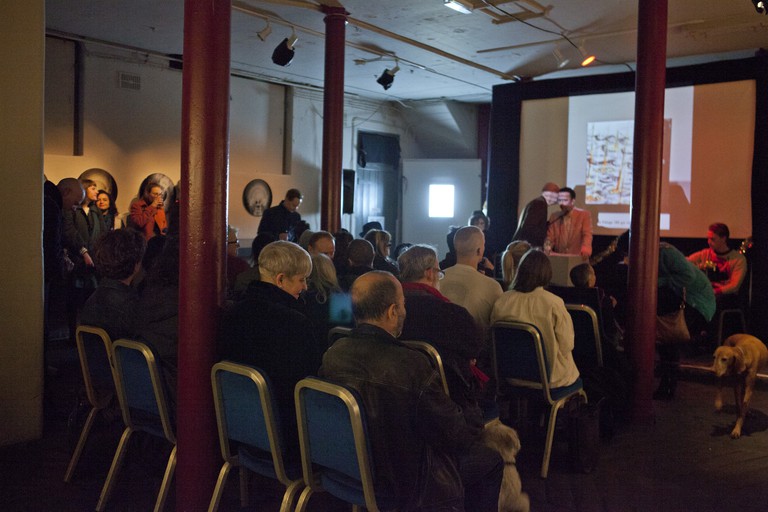 Horse Hospital cinema | © Horse Hospital
A cinema for when you want to see a film and visit the only remaining purpose built 18th century two tiered stables in the UK, The Horse Hospital is driven by artistic and community priorities and promotes the arts in everyday life. As such, the cinema plays underground and avante garde films, eschewing the mainstream altogether. It puts on film seasons that allowfilm artists to showcase their work and these seasons are themed on subjects as diverse as drag artists and Soviet music – nonconformist cinema at its finest.

Cinema, Building, Movie Theater
Facebook
Email
Twitter
Pinterest
Copy link
Share
The outbreak of World War I brought the opening of Hyde Park Picture House, which proudly proclaimed itself as being the ‘cosiest in Leeds.’ It is one of only a few cinemas in country that is owned by a council, having saved it from closure in 1989, showing the importance of the cinema in the city’s history. It still retains some of its original features such as gas lighting, balcony seating and an exterior box office, all the while using modern sound systems and projectors to best enjoy the underground films on show.

Cinema
Facebook
Email
Twitter
Pinterest
Copy link
Share
If you like your movies a bit interactive, then The Prince Charles Cinema is the place for you. This London institution in ultra-central Leicester square and hosts movie marathons and singalongs. It’s a great spot to take your mates and get (maybe a little too) lost in the film. Think Bond retrospectives, Studio Ghibli specials and Moulin Rouge![2001] and Dirty Dancing [1987] singalongs. You’ll have the time of your liiiiiiffe, and you’ll owe it all to us.

Cinema
Facebook
Email
Twitter
Pinterest
Copy link
Share
Housed in a former car showroom, Showroom Cinema is an example of how there is enough demand for independent films to enable the successful running of an independent multiplex. Housing four screens, the cinema shows a range of indie films, documentaries, blockbusters and largely unknown films, as well as cult film Tuesdays, film competitions and classes exploring the philosophy of film. Needless to say, they are serious about their stuff. Its workstation houses BFI’s Film Hub North and is a cultural center for Sheffield’s creative population, with the claim to fame of being featured in an Arctic Monkeys music video.

Cinema, Building, Art Gallery
Facebook
Email
Twitter
Pinterest
Copy link
Share
Take yourself back to Yorkshire’s industrial heritage while enjoying a beautiful film. The Station is situated within a restored Georgian railway station, complete with cobbles and wrought iron. The cinema itself plays an equal mixture of mainstream, independent and classic films in its two intimate 100 seat theaters. The rest of the station complex houses a series of independent shops, restaurants and artisan food producers in addition to an art gallery and heritage center. A great prototype of an independent shopping complex, complete with elements of a cultural hub.

Tyneside Cinema’s £7 million restoration in 2008 was part of a wider regeneration project in Newcastle, but the cinema still remains the city’s central showpiece. While it has been modernized, it still retains the essence of its original 1937 art deco styling and a grand interior that will wow its visitors. While showing a strong selection of lesser known films and newsreels – the only cinema in the UK to still do this – it also plays host to weekly film clubs, ‘vote a film back’ screenings and film education sessions. If this wasn’t reason enough to visit, you can also enjoy cocktails in the comfort of the theater.

Cinema, Movie Theater
Facebook
Email
Twitter
Pinterest
Copy link
Share
One of northern England’s premier independent cinemas is housed in the heart of the Lake District. For lovers of nature, jazz and cinema, Zeffirellis is the place to head, accomplishing the impressive feat of being equal parts art house cinema, award winning restaurant and jazz café. The programming supports homegrown and worldwide new and emerging talent within the cinema and art worlds. With its five screens, there is always a good selection of indie and Hollywood films to please many tastes, through from families to art mavens.
Give us feedback