The 10 Best Museums in England

Blue Whale in Hintze Hall | © The Trustees of the Natural History Museum, London 2017. All rights reserved
The UK is home to some of the best museums in the world, from awe-inspiring natural history collections, to fun and interactive exhibitions. Whether you’re after a culture fix, or just searching for something to do with the kids during the school holidays, here’s a round-up of must-visit museums that will keep everyone happy.

Museum
This iconic London museum has drawn huge crowds for more than 130 years. Inside the famous red-brick building, you’ll discover hundreds of fascinating exhibits, including dinosaur skeletons and fossils, a mind-blowing blue whale skeleton, and the Darwin Centre, where you can see hundreds of specimens and hear talks from scientists–and it’s free to get in.
More Info
Open In Google Maps
7 Burgring, Innere Stadt Wien, Wien, 1010, Austria
+431521770
Visit website
Book Now

Museum, Theater
International Slavery Museum | © ISM/Facebook
As the only national museum in the world to tell the moving and intensely thought-provoking story of the transatlantic slave trade, as well as aspects of historical and contemporary slavery, the International Slavery Museum in Liverpool really is a must visit. The museum tackles the issue of modern-day slavery through a varied programme of temporary exhibitions and is regarded as an international hub for resources on human rights issues.
More Info
Open In Google Maps
Liverpool Waterfront, Liverpool, England, L3 4AQ, United Kingdom

Building, Museum, Library
Visitors make their way through the Great Court at the British Museum | © British Museum
Book Now
You’ll need a whole day to get around even half of the British Museum’s impressive collection. Breath-taking treasures from around the world that span more than two million years of human history are on show here, including priceless pieces like the Parthenon sculptures and Egyptian mummies. Prepare to walk around with your mouth wide open as you try and take it all in.
More Info
Open In Google Maps
Great Russell Street, Bloomsbury, London, England, WC1B 3DG, United Kingdom
+442073238299
Visit website
Visit Facebook page

Museum, Shop
The Town at Beamish | Courtesy of Beamish
If traditional museums aren’t your thing, Beamish will be right up your street. This living, working museum is set in 300 acres of stunning Durham countryside and shows what life was like in North-east England in the 1820s, early 1900s and 1940s. The buildings are as authentic as you can get, with brick bought from the local area and rebuilt to give a true sense of history. Museum workers are dressed up in period costume, so you’ll really feel like you’ve stepped back in time. You can even buy bread from the 1900s bakery, have a drink in the traditional pub or treat yourself in the old-fashioned sweet shop.
More Info
Open In Google Maps
Regional Resource Centre, Beamish, England, DH90RG, United Kingdom
+441913704000
Visit website

Museum
You’ll find The Mary Rose Museum at the Portsmouth Historic Dockyard, where instead of simply learning the story of Henry VIII’s famous ship, which sank in 1545, you’ll stand just feet from it. The Mary Rose was raised from the depths of the Solent in 1982 and has been painstakingly conserved for future generations. The huge floor-to-ceiling windows and air-locked viewing balcony give you the chance to see a 16th century warship like never before.
More Info
Open In Google Maps
Main Road, HM Naval Base Portsmouth, England, PO1 3PY, United Kingdom
+442392812931
Visit website

Museum
Museum exterior | Courtesy of the National Justice Museum
Based at Nottingham’s centuries-old Shire Hall and County Gaol, the National Justice Museum covers the past and present of law and justice in the UK. During your visit, you’ll encounter various historical characters,—all with a tale to tell—watch a recreation of a famous court trial, learn about prison reform, and—if you’re brave enough—join one of the chilling ghost tours.
More Info
Open In Google Maps
High Pavement, Nottingham, England, NG1 1HN, United Kingdom
+441159520555
Visit website

Newly opened after a more than £4 million redevelopment, the JORVIK Viking Centre uses real archaeology to tell the story of the Vikings that lived on the site in 960 AD. Visitors can see a recreation of the Coppergate excavations through a glass floor as video footage is projected onto the walls to tell the story of the dig. There’s a time capsule ride around a recreation of Viking-age York, with authentic sights, sounds and even smells to take you back in time, as well as a gallery displaying the amazing artefacts unearthed during the excavations. 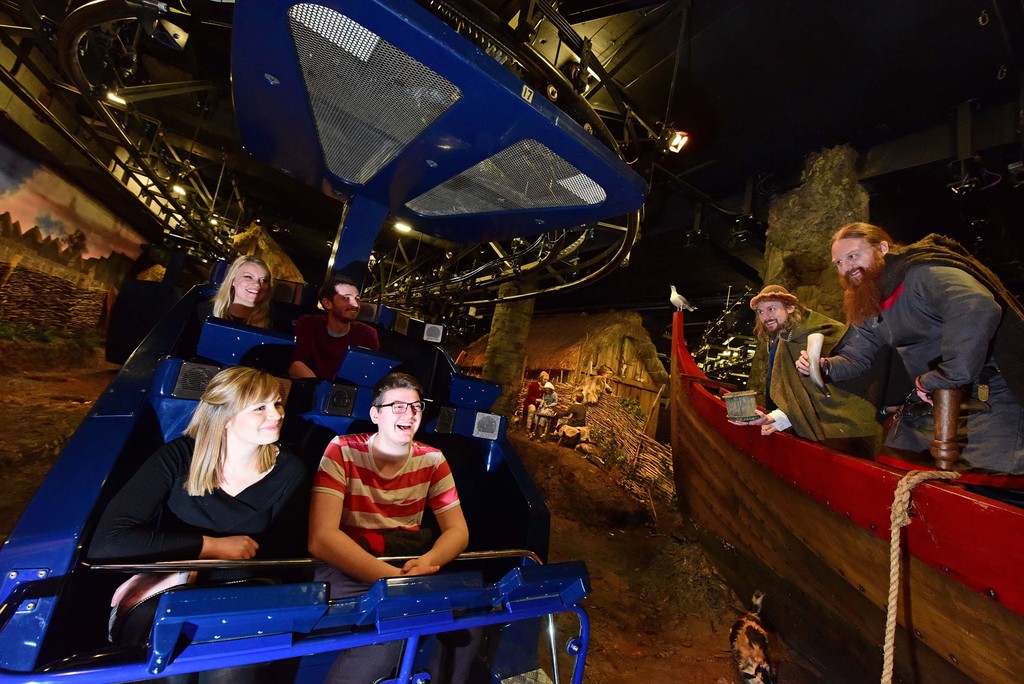 With more interactive exhibits than you can shake a stick at, London’s Science Museum is perfect for getting the kids interested in all things science and technology. Fun interactive galleries give you the chance to really get to grips with science and help bring scientific principles to life. The museum has some amazing objects on display, including the Apollo 10 command capsule and Stephenson’s Rocket, plus you can experience what it’s like to fly with the Red Arrows, or blast off into space in the fantastic 3D and 4D simulators. 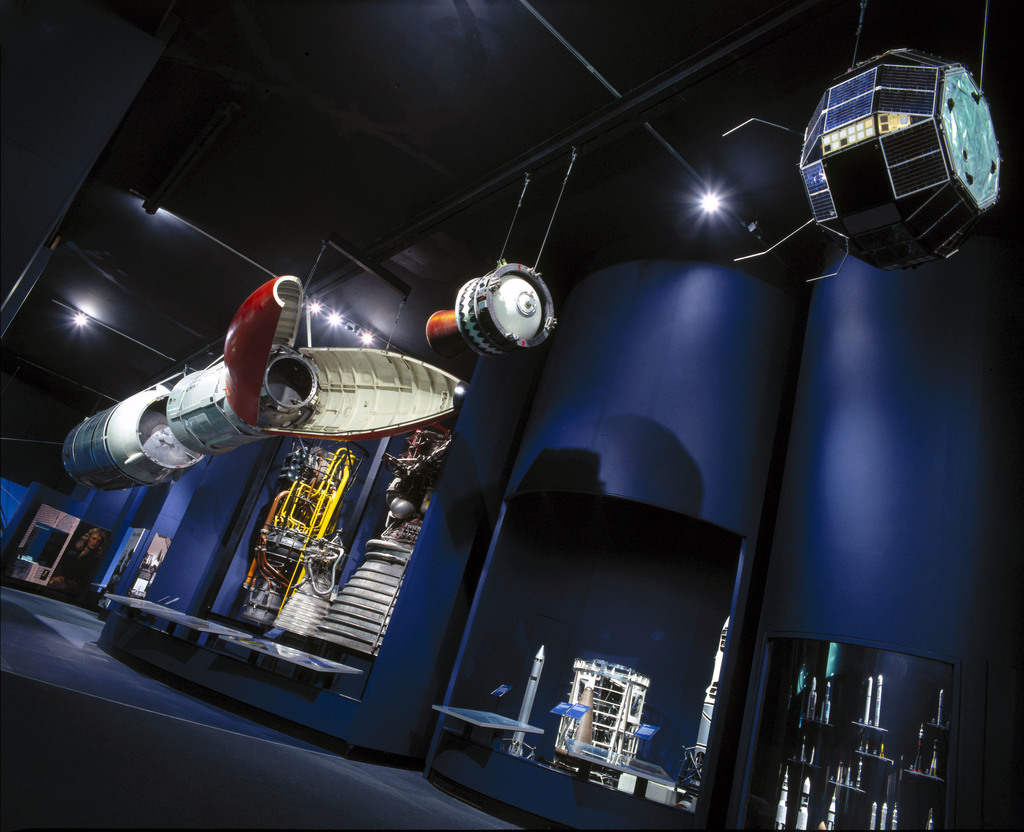 Designed by legendary engineer Isambard Kingdom Brunel, the hugely innovative SS Great Britain was the world’s first luxury ocean liner and remains one of the most important historic ships. The ship has been carefully restored, and visitors can now hop aboard to explore the engineering masterpieces for themselves. The ship is secured in place by a huge water-line glass plate that’s been flooded with water to give the illusion of being afloat. You can even walk underneath it for a unique point of view. 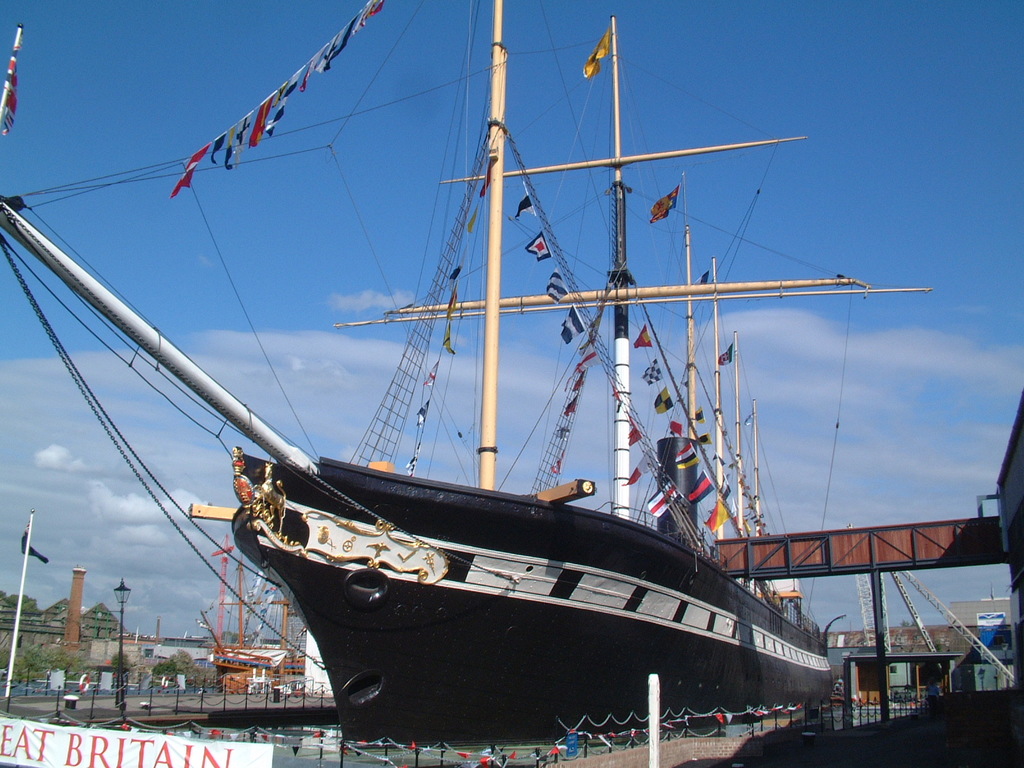 Museum
Mallard | Courtesy of the National Railway Museum York
There’s more than 300 years of history packed into this award-winning, free-entry museum in York. Wander the giant halls full of stunning trains, including Mallard, the world’s fastest steam locomotive, and a Japanese high-speed bullet train. From the workshop balcony, you can even watch engineers at work as they restore and repair all kinds of trains. Heaven for train enthusiasts young and old!
More Info
Open In Google Maps
Leeman Road, York, England, YO26 4XJ, United Kingdom
+448000478124
Visit website
Visit Facebook page
Book with our partner and we will earn a small commission.