The 10 Best Brunch and Breakfast Spots in Oxford 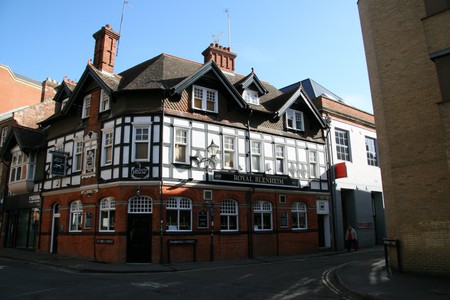 Oxford, famous for being home to one of the world’s best universities, is among the most beautiful cities in the United Kingdom. What visitors don’t know, however, is that it’s also chock-full of exciting restaurants. To kick off a day of sightseeing or studying, here’s our selection of the top brunch and breakfast spots in the City of Spires. 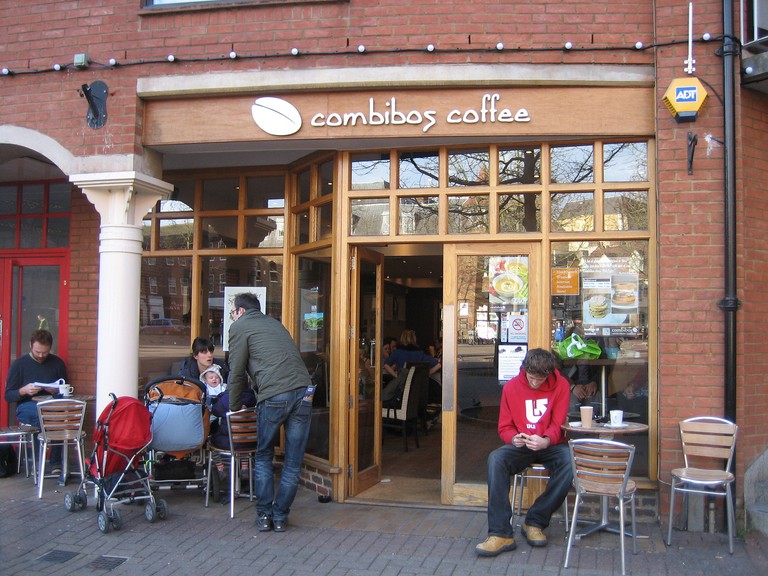 Combibos | © Janet McKnight / Flickr
The family-owned Combibos has the authenticity of a cosy establishment that cares more about quality than profits, miles away from the ubiquitous chains: the friendly baristas, simple décor, and coffee of the highest quality. This helps it fit right into its surroundings on Gloucester Green, a central square surrounded by a weekly food market and independent shops and restaurants. The breakfast options include such brunch classics as eggs Benedict and pancakes and a vegetarian full English.

Restaurant, British, Georgian, $$$
Facebook
Email
Twitter
Pinterest
Copy link
Share
This popular student haunt serves a selection of sweet and savoury products such as sausage sandwich with homemade bread and a breakfast plate of homemade pastries, compote, toast, jam and tea or coffee. A great place to get a feel for Oxford’s student scene, Turl Street Kitchen is also a not-for-profit raising money for Oxford Hub, an umbrella organisation for student volunteering.

Restaurant, British
Facebook
Email
Twitter
Pinterest
Copy link
Share
Get away from the busy city centre and head into Cowley, a multicultural area minutes away from the High Street. Here’s where you can find Oxfork, a restaurant dedicated to bringing local and sustainable produce to its customers, which is now run by the team behind Turl Street Kitchen. Sit in this quirky indoor space or in the garden for a full English breakfast or an American-style breakfast.

Natural Bread Company opened in October 2013 on Little Clarendon Street, offering their excellent bread and Has Bean coffee. What makes the bread special is that it is made with wild yeasts or sourdoughs, using traditional slow fermentation techniques that yield loaves that not only taste great but also stay fresh for much longer than conventional ones. There’s also homemade cake and pastries, perfect for a continental breakfast.
Address: 29 Little Clarendon Street, Oxford, United Kingdom, +44 1865 302996

Queen’s Lane Coffee House is the longest-established coffee house in Europe that can be found in a cosy and beautiful building on the corner of Queen’s Lane. The all-day breakfast selection has something to suit everyone with offerings ranging from toasted ciabatta with scrambled eggs and salmon to a vegetarian full English. Perfect before a day of sightseeing.
Address: 40 High Street, Oxford, United Kingdom, +44 1865 240082

Cafe, British, $$$
Facebook
Email
Twitter
Pinterest
Copy link
Share
Leave the dreamy spires for sleek blue walls, golden floors, and framed black-and-white photos at this central but quiet café just a stone’s throw from the High Street. As the name suggests Customers can enjoy their food and catch up on current affairs thanks to the wide selection of newspapers and magazines as well as a screen playing BBC News 24. Breakfast includes all the traditional elements of an English breakfast and freshly pressed juices.

Although it’s tucked away in an often overlooked street, The Nosebag is a must-try for breakfast in Oxford. Word-of-mouth has worked in its favour, making it surprisingly crowded at peak hours, so make sure to grab a table before anything else. Breakfast is only served on Sundays where patrons can get an authentic full English breakfast, complete with bacon and sausage. There’s also a couple of vegetarian options like granola and muesli, as well a mouth-watering selection of homemade cakes.
Address: 6-8 St Michael’s Street, Oxford, United Kingdom, +44 1865 721033 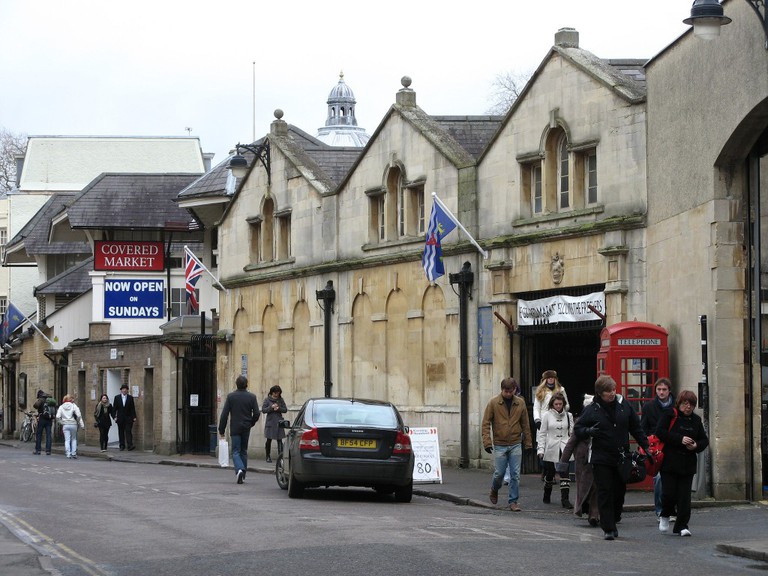 Covered Market, Oxford, United Kingdom | © Flickr
Not to be confused with Brown’s Brasserie on Woodstock Road, Brown’s Café is a down-to-earth, no-nonsense eatery perfect for a greasy breakfast after a night out. Chosen as one of Oxford’s top budget eats by The Guardian, it’s somewhat of an Oxford institution and a great destination for backpackers wishing to experience the city on a shoestring.

Set within an iconic glass house surrounded by gorgeous plants, Gee’s restaurant provides some of the tastiest brunch dishes in Oxford. Served every Saturday and Sunday from 10 until 11.30am, the menu has options to cater to all. Guests can choose from traditional options like Eggs benedict or try the delicious crushed eggs, chorizo & potatoes. If you have a sweet tooth, you’re in luck, as Gee’s makes a tasty banana bread served with creamy mascarpone.
Address: 61 Banbury Road, Oxford, OX2 6PE, 01865 553540

Bistro, Restaurant, British, $$$
Facebook
Email
Twitter
Pinterest
Copy link
Share
This bistro is a good place to have brunch at the weekend, when you’re undecided on what you feel like eating. Served on Saturday and Sunday, brunch includes the essentials like a full English breakfast and eggs Benedict as well as French toast and bubble and squeak. Everything is made from locally-sourced, seasonal ingredients.

The tiny Georgina’s, located in an attic room of the Covered Market, is a favourite among the student population. Our top recommendation goes to the scrambled eggs with salmon and the huge, steaming filter coffees.