The Top 10 Restaurants In Cornwall

The Seafood Restaurant in Padstow is a Cornish institution and one of the most famous restaurants in the UK. The Seafood Restaurant was opened by TV chef Rick Stein and his then-wife Jill back in 1975 as a place devoted to serving up freshly caught fish and shellfish, bought that day from local fishermen. These days Stein is no longer in the kitchen but The Seafood Restaurant still has an excellent reputation with a menu created by head chef Stephane Delourme and inspired by Stein’s recipes. Patrons may need to book in advance as the restaurant can get busy. The menu includes dishes such as fruit-de-mer, Indonesian fish curry, hake casserole, and Padstow lobster. 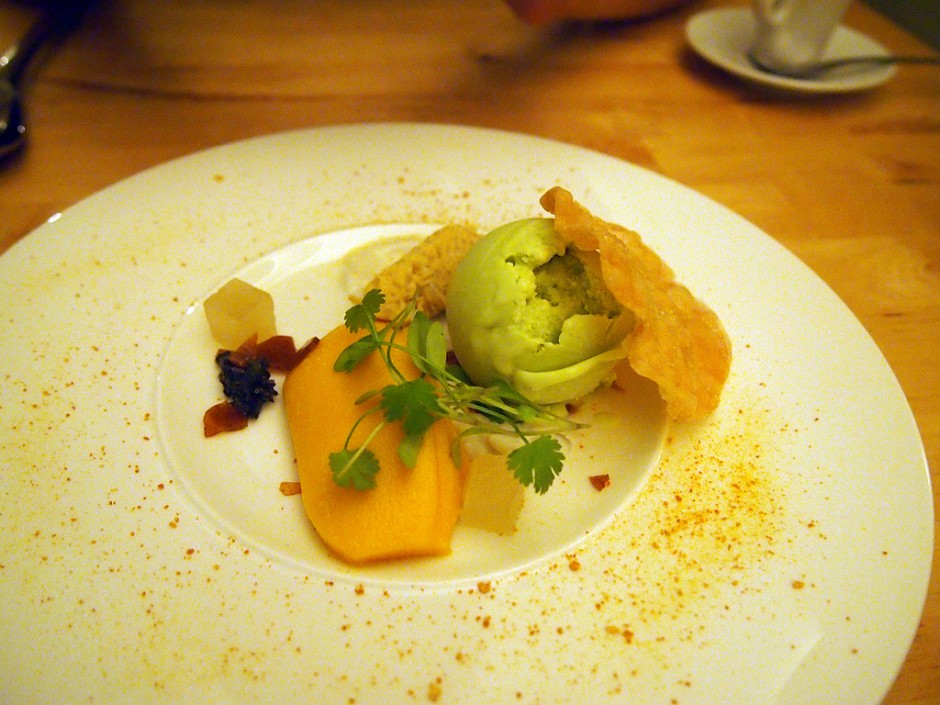 Ben’s Cornish Kitchen has received excellent reviews in the national and local press. It is based in Marazion, on the bay in which lies the stunning St Michael’s Mount. The restaurant is a real family affair with head chef Ben Prior joined by his brother Toby, who runs the dessert counter, and their mum Jane handling washing up and prepping dishes. On the menu are dishes including pan-fired turbot, smoked venison loin, sea bass with smoked garlic mash, and for dessert, the intriguing sweet-curry plate.

Kota in Porthleven is renowned for excellent cuisine that fuses various influences. The chef and owner Jude Kereama is half-Maori, quarter-Chinese and quarter-Malaysian, producing cuisine that displays an Asian influence whilst utilising the best local Cornish ingredients. Kota has two AA Rosettes and a Bib Gourmand award from the Michelin Guide. Amongst the dishes on the menu at Kota are Falmouth scallops with local pork, ginger salsa and heritage carrots, roast hake with crab wontons, pak choi, lemongrass and lime leaf sauce, and Cornish honey-soy duck leg with Asian greens. 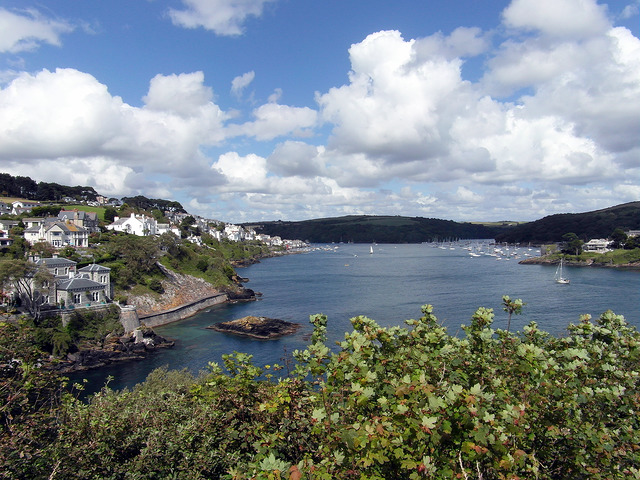 Paul Ainsworth is well-known for his appearances on the television show Great British Menu, and his Padstow restaurant is one of the best in the county. The restaurant holds a prestigious Michelin Star for the contemporary British fare served up, with everything on the menu including the bread being made on-site in the elegant Georgian townhouse. Things are kept informal, with no dress code and swish modern décor. On the menu are tempting dishes such as Cornish saddle of pork, local fallow deer, Porthilly oysters, and cod served with sprouts and Port Isaac crab mayonnaise. 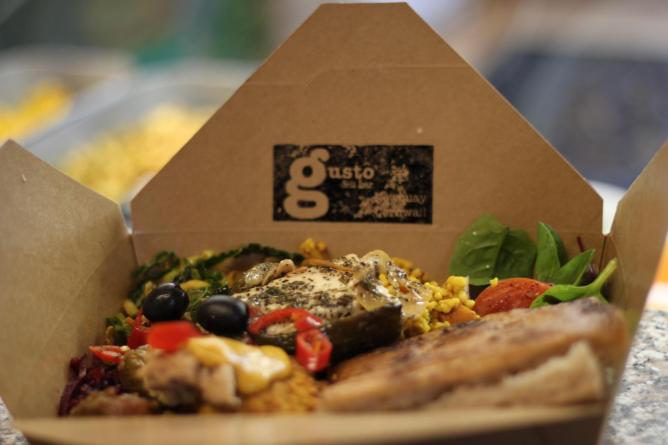 The Old Quay House Hotel looks out over the mouth of the River Fowey and Fowey harbor, one of the most picturesque scenes in Cornwall. The small town was famously home to the writer Daphne Du Maurier and each year the town plays host to the Fowey Festival of Words and Music. The Q restaurant at The Old Quay House allows diners to sit out on the terrace and gaze out over the harbour whilst enjoying superb local food such as oysters from the Fowey River, West Country sirloin of beef, and roasted sea bass with a mussel and clam broth. The wine list is put together by the youngest master of wine in the UK. 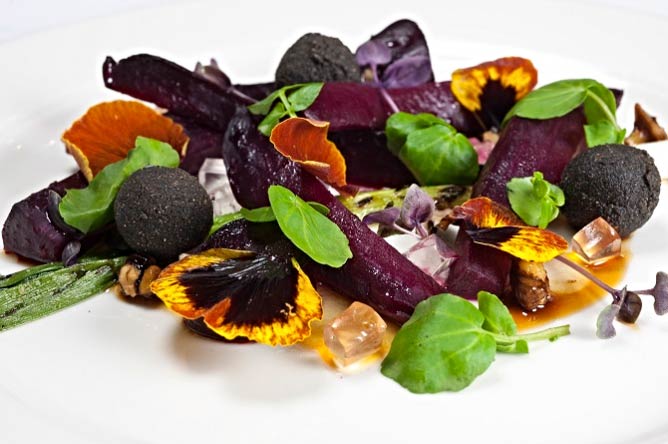 The highest-rated restaurant in Cornwall is not a fine dining establishment but a small delicatessen, the Gusto Deli Bar in Newquay. The Deli Bar serves up Mediterranean-style takeaway dishes that are ideal for anyone heading to the beach or on-the-go. You can grab baked falafels, salads, homemade flat breads, hot plate meats, sweet potato, vegetable medley boxes and roast dinners. Located on South Quay Hill and looking out over Newquay Bay, the Gusto Deli Bar is ideally located for anyone heading out on a sea safari and needing a feed, or to drop in after going round the Newquay Heritage Archive and Museum. 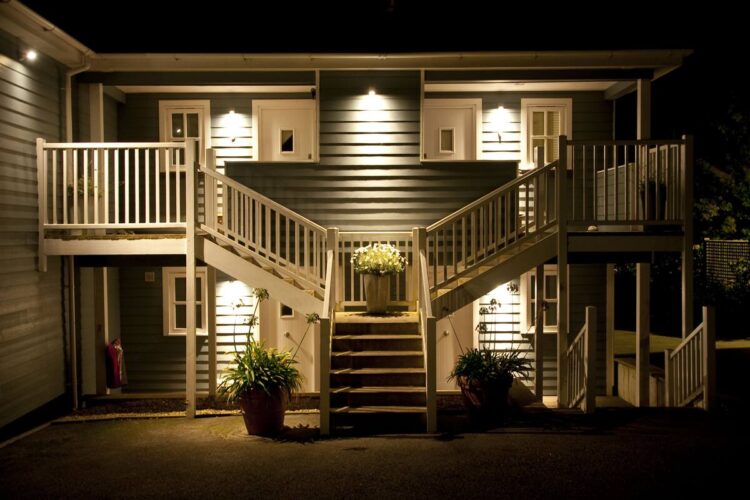 Driftwood Hotel boasts a magnificent location overlooking Gerrans Bay, with a private beach for patrons to enjoy. The restaurant holds a Michelin Star and serves up the very best local produce from a contemporary menu. There are dishes on offer, such as sautéed John Dory, ballontine of lemon sole, cider-glazed pork belly, and whole local lobster served with garlic and herb butter. Just as intriguing as the food is the Driftwood wine list, there are excellent vintages from France, Spain and New Zealand, as well as sparkling wine from the Camel Valley Vineyard, one of the most decorated wineries in the UK.

Nathan Outlaw can lay claim to being the modern superstar of cooking in Cornwall. Restaurant Nathan Outlaw at The St Enodoc Hotel in Rock, on the northern Cornish coast, holds two Michelin Stars, four AA Rosettes from the AA Hospitality Awards and was ranked as the fourth best restaurant in the Good Food Guide for 2015. Outlaw offers a tasting menu based solely on showcasing local seafood that has been caught that day in the waters surrounding Cornwall. All of the dishes are paired with wines from Cornwall, the USA and France.

Just down the coast from Marazion is the Victoria Inn, believed to be one of the oldest inns in Cornwall, in the small village of Perranuthnoe and looking across Mount’s Bay towards Penzance, Mousehole and Newlyn. The food and drink at the Victoria Inn is traditional pub fare executed brilliantly using local ingredients. Both chef and owner come from within five miles of the Inn and make sure there are plenty of local ales and ciders available in the bar at all times. On the menu are dishes such as Newlyn hake, locally caught megrim sole and cod, and Cornish ribeye steak and duck liver and port pate. 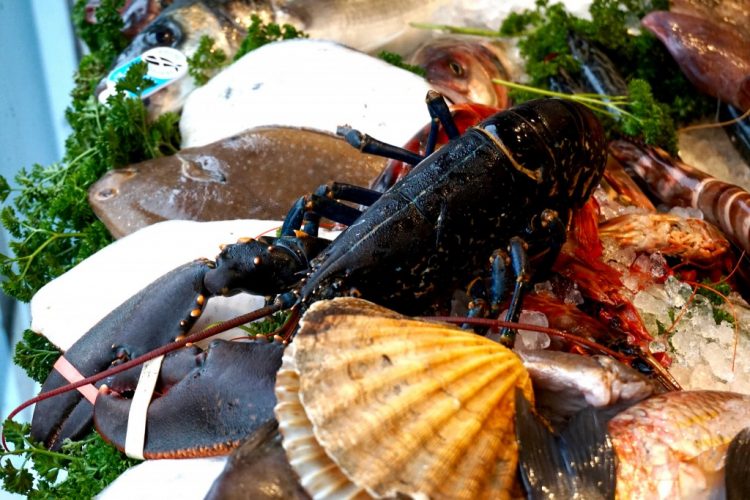 The Alba Restaurant is another lesser-known Cornish gem. Located in the old lifeboat house in St Ives, Alba is perfectly situated for exploring the galleries and museums of the town. St Ives was a significant artists’ colony from the later 19th century onwards, today it is the site of Tate St Ives, the Barbara Hepworth Museum and Sculpture Garden, and several other galleries. The Alba is based in central St Ives and affords magnificent views over St Ives Bay and features furnishings from local artists including the distinguished potter John Bedding. The cuisine is focused on local seafood such as crab and lobster. The restaurant gets busy so it can be worth booking in advance.