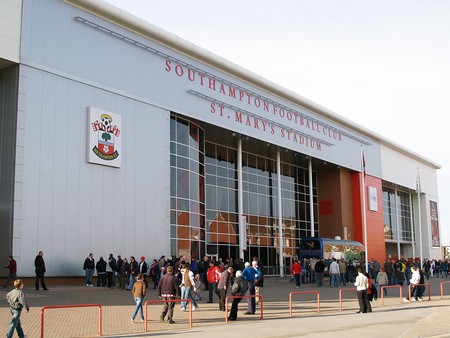 Southampton Football Club are the latest professional soccer team to be purchased by Chinese investors following the announcement Monday that the club has entered a partnership with businessman Jisheng Gao and his daughter, Nelly Gao.

“Following extensive and fruitful work, we are entering into a partnership with the Gao family and I am excited about what we will achieve together,” Liebherr said in a statement. “… We wholeheartedly support their plans to follow the Southampton Way in the years ahead. But for now it is business as usual at Southampton Football Club and we must allow everyone at the club to focus on the first few weeks of the new season.”

Founded by members of the St. Mary’s Church of England Young Men’s Association on Nov. 21, 1885, Southampton currently plays in the English Premier League, the top tier of professional soccer in the country. The club won the FA Cup in 1976 and has been runners up in the domestic competition on three other occasions, most recently in 2003.

The Saints began their 2017/18 EPL campaign with a scoreless draw against Swansea City on Aug. 12.

“I am honoured and humbled to become a partner of Southampton Football Club alongside Katharina Liebherr, who, together with her father, has been such a great steward of the club, its growth and success,” Gao said in a statement. “Together, we have the passion and motivation to build on Southampton’s excellent progress in recent years as we look forward to an exciting next chapter for the club.”