There’s so much to pick apart in that headline alone that it’s hard to know where to start. No doubt a hotbed of cinematic excellence, the Lancashire town of Burnley is still an odd place to open a film starring some of Hollywood’s biggest names. 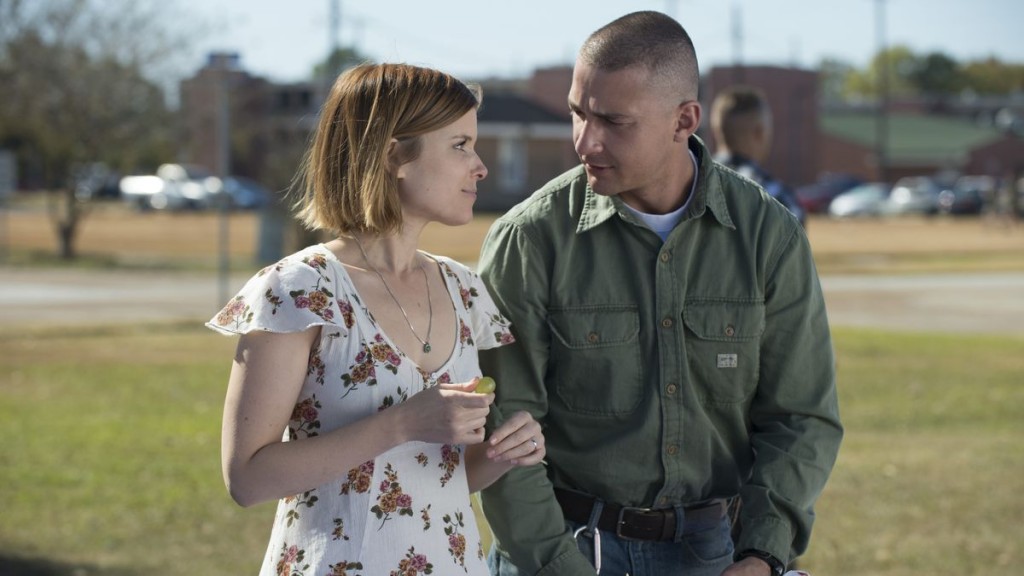 Kate Mara and Shia LaBeouf in ‘Man Down’ | © Lionsgate Premiere

Man Down sees Shia LaBeouf in the lead role, along with Gary Oldman, Kate Mara and Jai Courtney. Between them they have taken billions at the box-office with films such as Transformers (2014), The Dark Knight (2008), The Martian (2015) and Divergent (2014).

Currently showing once a day at the peak time of 12.20pm in the afternoon, the film’s UK distributors clearly didn’t believe that there would be a big return on their investment. The lucky folk up north have steered clear of the Reel Cinema branch.

The film was originally completed in 2015 and has a lowly, but not entirely disastrous, rating of 5.9 on IMDB (although professional reviewers have been a lot harsher on the movie).

LaBeouf portrays a US soldier returning from war in Afghanistan whilst suffering from PTSD. Director Dito Montiel has worked with the actor before, on the genuinely fantastic coming-of-age drama A Guide To Recognising Your Saints (2006), which also featured Channing Tatum, Robert Downey Jr and Rosario Dawson.

comScore, the company responsible for reporting the box-office numbers, have either rounded down the sum or are feeling generous. Adult tickets in Burnley cost £7.90 and student tickets cost £6.90.