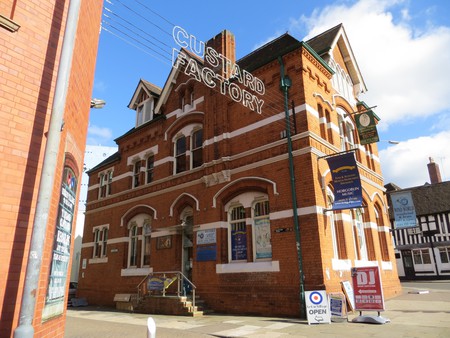 Usually described as ‘two hours Northwest of London’, it is easy to forget that Birmingham is a booming cultural hub in its own right. The city is steeped in fascinating history and is home to a number of internationally acclaimed artistic organisations. To celebrate the UK’s second most populated metropolitan we list some of the best cultural institutions and venues in Birmingham.

Birmingham is unique in its cultural placement within England and the UK. A bustling metropolitan are with a tonne of music venues, theatres, galleries and museums, the city exudes a thrilling artistic environment, all for a much more affordable price than London. Because of this, Birmingham has gained the reputation of being one of the youngest cities in Europe, with around 40% of its population aged under 25. This factor makes Birmingham’s cultural scene absolutely electrifying, with stables of emerging practitioners working in the city. The institutions and organisations listed here represent both the entrepreneurial cultural organisations and the historically significant titans who have made Birmingham what it is today.

Described as ‘Birmingham’s creative quarter’, The Custard Factory is a massive 15-acre cultural hotspot set in the old factory of Sir Alfred Bird, the inventor of powdered custard. The area underwent massive regeneration in the late 1980s and now is a thriving centre where a theatre, art galleries, TV studios, creative and digital enterprises, and boutique shops all co-exist. The venue is also host to many events including festivals and concerts. 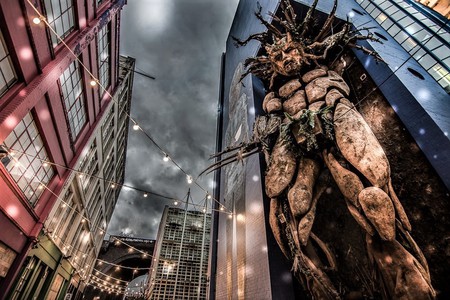 The Royal Birmingham Society of Artists is part of the backbone of the city’s prosperous arts scene, supporting the practice and engagement of visual arts in Birmingham through exhibitions, events, workshops, demonstrations and more. RBSA’s own gallery consists of three exhibition floors, with the ground floor being dedicated to crafts, jewellery and solo shows of work by RBSA Members and Associates. The other two floors present a range of fascinating exhibitions throughout the year and can be hired by artists for their own showings.

The Midlands Arts Centre (mac) is dedicated to making art accessible for everyone, with a special focus in developing work with children, families and young people of all backgrounds. The centre opened in 1962 and has been home to an incredible history of events in the last 50 years, including programmes in theatre, dance, independent cinema, visual arts, literature and music. A place of both exhibition and education, mac hosts an inspiring list of workshops, classes and talks for everything from flamenco to photography.

The oldest running cinema in the UK, The Electric Cinema is an iconic venue that offers unique film experiences. The cinema was founded in 1909 and today runs a programme of recent releases, favourite classics, screenings of significant events and more. The cinema also organises educational talks and screenings, offering enlightening information on the history of film and the industry.

Birmingham Hippodrome Theatre is one of Birmingham’s leading theatre titans, presenting seasons of spectacular dramas, operas, musicals, ballets and more. Dance is at the heart of the institution with the Birmingham Royal Ballet, Britain’s premier touring ballet company, being resident partners. The Hippodrome co-produces the International Dance Festival Birmingham with the esteemed DanceXchange, who are also housed within the Hippodrome complex, creating the largest dance partnership in Britain. The Hippodrome is the only venue in England to present all of Welsh National Opera’s repertoire.

Exploring a vast range of mediums including sound, film, mixed media, photography, painting, sculpture and installation, Ikon Gallery is an internationally acclaimed art museum which hosts exhibitions by some of the world’s leading practitioners. Ikon was conceived in the 1960s and its fascinating history is inherently linked to both the city’s cultural identity and many international artistic movements. Today the venue presents a range of inspiring exhibitions, as well as organising events and workshops to further engage with the wider Birmingham community.

Museum of the Jewellery Quarter

Birmingham Jewellery Quarter is renowned as the largest concentration of jewellery businesses in Europe and reportedly produces around 40% of all British jewellery. This national treasure is a sure attraction for both tourists and business minded people, and the Museum of the Jewellery Quarter stands as a captivating venue to learn the history of the area. Set in the old Smith & Pepper Factory, which closed in 1981, the museum displays some of the original tools and machinery that were used, and also offers live demonstrations of how jewellery was made.

With the aim of ‘rewriting the book for 21st-century public libraries’, the Library of Birmingham is not your average library. The breathtaking architecture by Francine Houben is the first clue that this is more than just a library, and the venue’s riveting list of events further reveals that there is so much more to do than just borrow books. The building features a state of the art gallery space, the BFI Mediatheque which provides free access to the National Film Archive, performance spaces, a recording studio and more. Of course the library is also the perfect destination for bookworms, containing an incredible list of literature, archive documents, photographs and rare books.

Now 100 years old, The REP has always been dedicated to creating exemplary theatrical performances with an aim to reflect and engage with the city of Birmingham and the surrounding areas. The theatre company was founded in 1913 by Sir Barry Jackson and in its history has become one of Britain’s leading producers of new works, with many of its shows touring around the country and the globe. The theatre offers a wide spectrum of workshops, classes and ways to get involved, and aims to ‘Inspire the city of Birmingham to a lifelong love of theatre’. The home of one of the world’s favourite Christmas shows, The Snowman debuted at The REP in 1993, bringing Raymond Briggs’ book to life through the music and lyrics of Howard Blake.

The Birmingham Museum and Art Gallery is most famous for its Pre-Raphaelite paintings collection, which is the largest in the world. First opened in 1885, this museum exudes both historic significance and artistic excellence, and its stunning architecture is Grade II listed. The building contains over 40 galleries that present artworks and artefacts from all over the world and from throughout history, making it an enlightening destination for art, social history, archaeology and ethnography. The Birmingham History Collection opened in 2012 in the museum and investigates the history of the city.

The Birmingham Opera Company takes a unique approach on making opera. While the company respects the importance of tradition, it focuses on creating productions that speak directly to their audiences and to the city of Birmingham. Not housed in a prestigious opera house, the company stages productions in unpredictable and unusual places across the city, in both occupied and abandoned venues. Proud of their avant-garde identity, they describe their practice in the following quote: ‘we’ve got more exploring to do to discover where opera can be performed. How to perform it. How to re-write the rules of engagement between audiences and performer.’

Birmingham’s Symphony Hall is acclaimed as one of the finest in Europe and is the home of an enchanting programme of performances. First opened in 1991, the hall attracts the best musicians and productions from around the world. It is also the residence of the esteemed City Birmingham Symphony Orchestra, an orchestra that has performed an extensive list of performances throughout their near 100 year history.