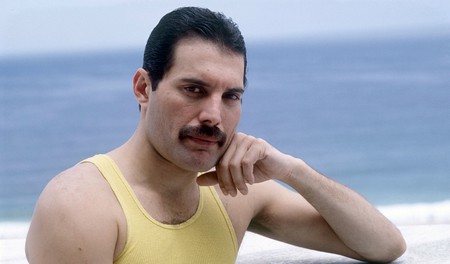 Queen frontman Freddie Mercury kept things private when it came to his battle with AIDS, but the band’s guitarist Brian May recently revealed some intimate details of Mercury’s struggles.

Speaking with the Sunday Times (via The Telegraph), May detailed how the diseases claimed most of Mercury’s one foot.

“The problem was actually his foot,” May told the Times. “Tragically there was very little left of it. Once, he showed it to us at dinner. And he said, ‘Oh Brian, I’m sorry I’ve upset you by showing you that.’ And I said, ‘I’m not upset, Freddie, except to realise you have to put up with all this terrible pain.’”

May also briefly lamented the fact that medical advancements that help those diagnosed with AIDS live longer arrived shortly after Mercury’s death, claiming the legendary singer might still be alive today had the “magical cocktail” of drugs had the situation been different.

“He missed by just a few months. If it had been a bit later he would still have been with us, I’m sure,” May said. “You can’t do ‘what if,’ can you? You can’t go there because therein lies madness.”

However, after the Sunday Times interview was published, May published a scathing takedown of it on his personal website. Writing that the original purpose of the article was to promote his new book Queen In 3-D, May says that author’s claim that they discussed the “debauchery of the Freddie Mercury years” is “not only crass sensationalism – it’s also a lie.”

“This woman came into my house, pretended she was a fan and was going to write a nice piece about the book, as agreed; then went away and wrote this pathetic sensationalistic drivel. I’m angry and disgusted. It’s been a long time since I’ve seen such crass journalism and experienced such a betrayal of trust. Folks – please ignore this trash – the book is NOTHING like this.”