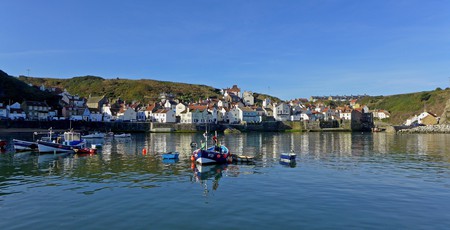 Phantom Thread, the new film that sees Daniel Day-Lewis re-team with director Paul Thomas Anderson, is predominantly set in the world of high-end fashion in 1950’s London. Day-Lewis portrays a tortured designer who finds an escape from the pressure he places himself under in the North York Moors, and we take a look at some of the stunning locations that feature in the film.

Reynolds Woodcock (Day-Lewis) is a renowned dressmaker who runs a tight ship in his Central London studio. Reynolds has an equally demanding sister, Cyril (Lesley Manville), and seeks regular time away from work at a country retreat. It’s on one such escape that Reynolds meets Alma (Vicky Krieps) a waitress at a restaurant to whom he is instantly drawn to. Acting as a muse and quickly finding herself thrust into a world she knows little of, Alma nonetheless makes the most of her unexpected opportunity. 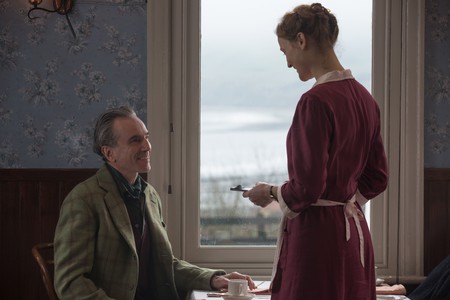 The film becomes a psychological drama in its second and third acts, but all the while there are two constants in the form of the locations and the focus on the mindset needed to work in such an intense industry. If it looks easy, then you’ll be surprised, something we found out first hand when we tried our hand at designing, draping and creating an outfit.

To fully immerse ourselves in this world we spent a day with Jax Black, Senior technician for teaching and learning for Costume at London College of Fashion , and picked up some basic tricks of the trade to get our own dressmaking careers of the ground. 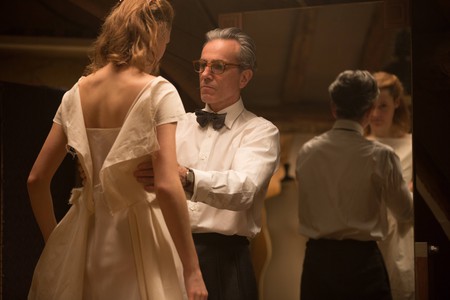 Black initially walked us through some of the prevalent styles and designs of the last century. Starting with the post-Victorian era, which saw a touch of opulence to the trends of the 1980s and ’90s that most people will be familiar, one thing that we learnt very quickly was that the circular nature of fashion is easy to spot once you know what you are looking for. There is, as Black repeated a few times to us on the day, ‘nothing new in fashion’.

When we got to try our hand at designing and dressmaking, we got a real insight into the perfectionism that can creep into working on these items. Despite our best intentions, we found ourselves repeatedly trying to work over material and drawings that were already as good as they were going to get. That striving for one perfect cut or pleat might seem unnecessary, but when stepping back and looking at a creation, it can make all the difference. 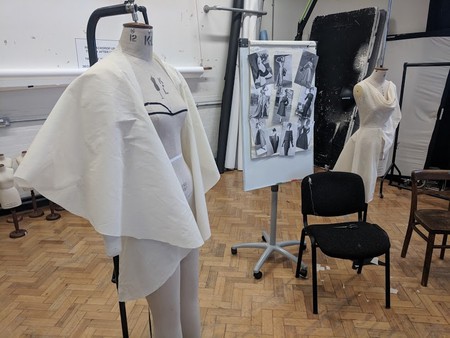 Fashion through the ages | © Culture Trip

Even though we were using scaled-down versions of the mannequins that professionals would use, as you can see in the image below it still requires a steady hand and keen eye to get things right. Having spent just a few hours working on our dresses, we realised just why someone like Reynolds, who lived and breathed this world every day, would need to get away from it all whenever he could. 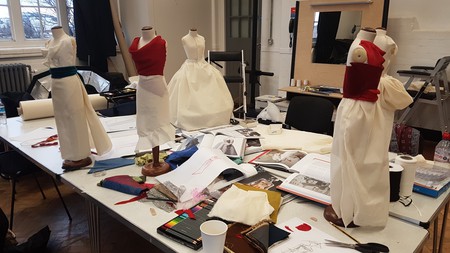 The atmospheric, pretty fishing village that lends itself to drama with its rugged coastline, sandy bay and huddle of fishermen’s cottages lining cobbled streets that run down to the harbour.

Robin Hood’s Bay still retains a ‘suspended in time’ feel where even the newer artisan businesses that have sprung up in recent years are eager to tap into the village’s heritage. For instance, homeware shop Berties of Bay is now making and selling gansey sweaters designed on a traditional Robin Hood’s Bay pattern, while a café housed in the former post office called Tea, Toast and Post is helping to revive the village’s custom for live entertainment by holding regular music evenings.

Some of the key scenes were filmed at the Victoria Hotel, which stands proudly at the top of the village and offers guests and diners a superb view overlooking the bay from the dining room or garden. 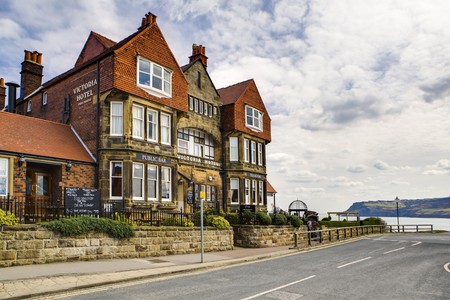 The clifftops above Robin Hood’s Bay

A significant stretch of the 109-mile Cleveland Way National Trail runs along the North York Moors coastline. By picking up the route at Robin Hood’s Bay and venturing north towards Whitby, it’s possible to walk in Daniel Day-Lewis’s footsteps.

Along this stretch of the trail, walkers can soak up the great clifftop views and see why Robin Hood’s Bay was perfectly located for the rife smuggling activity that took place from 1700-1850. 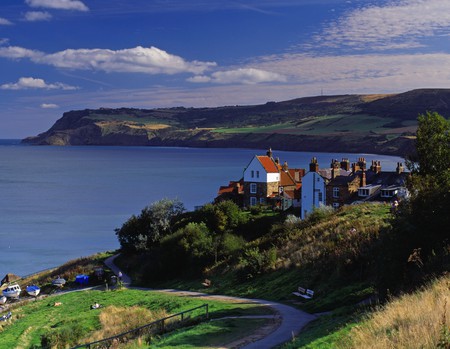 Set on a hill overlooking the sea, the Parish church of St Oswald is a landmark close to the coastal village of Sandsend, built on a site of worship that dates back to Viking times.

The church has a permanent exhibition of Viking and Medieval carved stones that were salvaged from the site and have since gained internationally renowned status. 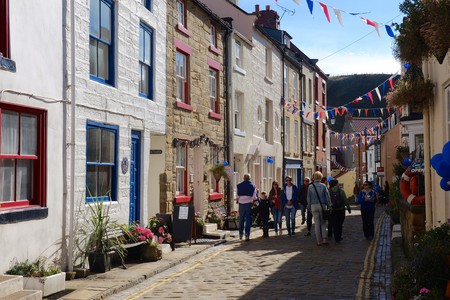 The trailer shows Daniel Day-Lewis striding down the cobbled street of Staithes, another charming coastal village that makes the most of its fishing and art heritage.

From the small harbour there are fishing trips and nature tours where it’s possible to spot Minke whales, dolphins and porpoises, while for art lovers there’s a plethora of galleries and the annual Staithes Festival of Art and Heritage held in September.

Stay in Cowbar View Cottage, a recently renovated 18th-century bolthole sleeping six, which was rented by the film crew while filming Phantom Thread. The cottage, which is run by the owners of the village’s sweet shop Betsy and Bo, is available to rent for £150 a night.

Phantom Thread is on general release from February 2.