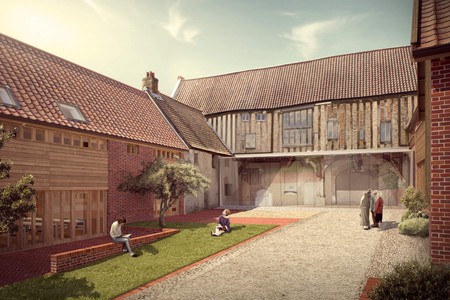 Artistic impression of the National Centre for Writing | © Derek Jackson

A new National Centre for Writing has opened this week in Norwich, following a £2 million refurbishment to medieval building Dragon Hall.

Norwich’s literary cachet has been boosted with the unveiling of a new National Centre for Writing. The initiative, which has been backed by an impressive list of writers, including Margaret Atwood, JM Coetzee, Ali Smith, Sarah Perry and Elif Shafak, will “champion literary translation, artistic experimentation and collaboration.”

The centre’s opening comes at a time when the industry is beginning to acknowledge translators as co-creators, elevating their role in literary creation. The TA First Translation Prize – set up by writer and translator Daniel Hahn in 2017 – has not only sought to help translators financially, but also bring their work to the forefront of cultural discussions. Meanwhile, the growing popularity of the Man Booker International Prize, won this year by Polish author Olga Tokarczuk, suggests that literature in translation is reaching an ever widening audience.

Speaking about the launch, Chris Gribble, CEO of the National Centre for Writing said: “At a time when global horizons seem to be shrinking, political ambition reducing and human rights under increasing threat, we believe that sharing stories, helping stories travel and supporting writers and translators has never been more critical.” 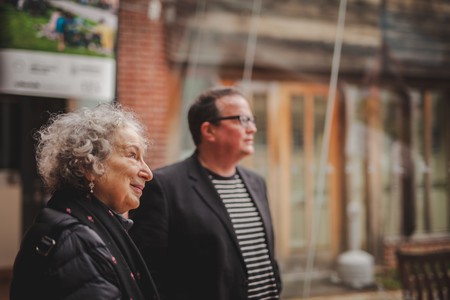 The centre will offer a range of programmes throughout the year such as writers-in-residence projects and outreach schemes with local schools. In its inaugural week, the centre will host a group of world-class writers, including Max Porter and Panashe Chigumadzis, and ask them to respond to Orwell’s 1946 essay ‘Why I Write’ as part of a three-day symposium. There is also an event with award-winning author Ali Smith, who will discuss her latest book Winter.

Commenting on the project, writer and patron Sarah Perry said: “The National Centre for Writing presents an extraordinary opportunity to keep developing the place that literature has in the region, the country, and internationally, and to help keep the bonds between writers and readers.”

The centre – funded mainly by Arts Council England – will add to Norwich’s already well-established literary heritage, having become England’s first UNESCO City of Literature in 2012. As well as offering one of the UK’s most prestigious creative writing programmes at the University of East Anglia, Norwich is also home to award-winning independent bookshop The Book Hive and a museum dedicated to the preservation of the printing press.