From Poltergeists to Witches: We Explore the Most Haunted Places in England 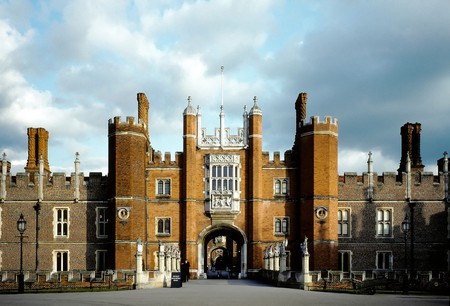 With a long history, it’s no surprise that the 16th-century Hampton Court Palace has ghosts roaming the property | © imageBROKER / Alamy Stock Photo

Historic England’s bloody past and Medieval towns mean there’s no escape from ghoulish ghosts and famous phantoms. Visit these most haunted spots in Britain – if you dare.

For a small country, England sure has a gory past. Its long history of bloody battles and murderous monarchs, combined with its well-preserved Medieval towns, means Britain is rife with hauntings. Ghosts and ghouls lurk in our castle ruins, former royal palaces and pretty seaside towns.

A day out to an English village isn’t complete without a ghost story from the place’s history and all of them – yes, all of them – are completely, definitely, inarguably, 100 percent true…

This Yorkshire seaside town may look like a fairytale, but its story is much darker – namely, Bram Stoker’s Dracula (1897). In the famous novel, he wrote about haunted Whitby Abbey (AD 657), the ruins of which loom over the town. The founder, St Hilda, is a resident ghost who peers through a high window, alongside wailing spectre Constance de Beverley, a nun who broke her vow of chastity and was bricked up and left to die within the walls. Closer to the coast, there’s the ghost of a drowned man who is said to trip up guests by the lighthouse to try and repeat his own fate, and the red-eyed Barghest, a hound that growls at those about to meet their timely death. No wonder the Goths gather in Whitby! It’s a real poltergeist party. 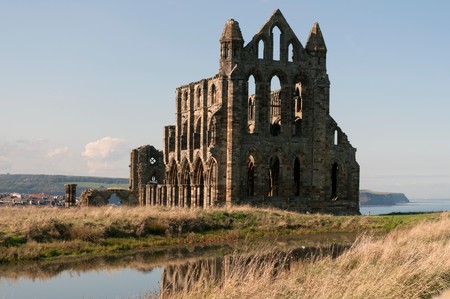 There’s no better example of Britain’s gory history come to life (or should we say death?) than this former royal palace. King Henry VIII kept wife Catherine Howard locked in here before her execution, and unsuspecting visitors have reported spotting her shrieking ghost walking the halls. Meanwhile, Henry’s third wife, Jane Seymour, has been seen floating through the courtyard clutching a candle. She died in the palace giving birth, and her heart is buried beneath the altar in the Chapel Royal, which you can visit. There’s also a Grey Lady and “Skeletor” – a new ghost caught on CCTV opening a fire escape in 2003. Talk about value for money. 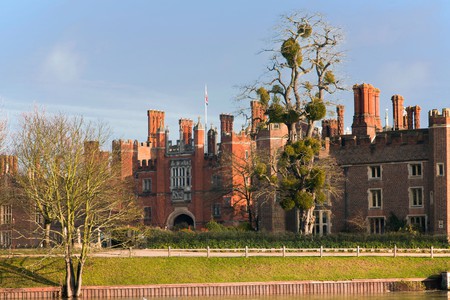 With a history of pirates and illicit smugglers, it’s no surprise this ancient port town is potty with poltergeists as you walk the cobbled streets by the 16th-century houses. Have a pint in the Mermaid Inn pub where an apparition of a late smuggler’s wife frequently moves a rocking chair. Afterwards, visit Monastery Hall, and you could – like those in the 1940s – see a line of ghostly monks believed to have been buried alive. Even famous writer Henry James was in on it, describing the old lady ghost who helped write his novels in his Rye home (Lamb House, open to visitors). We hope she got a fair cut of the royalties. 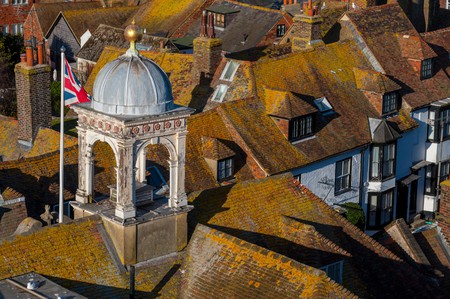 Take a stroll around Rye, and you might just bump into a phantom | | © Ian Goodrick / Alamy Stock Photo

If you’re considering a visit here, be warned! There’s apparently a Blue Lady who lures in passers-by – then they fall to their deaths. *Shudder* And don’t get us started on Margaret Pomeroy. She was in love with the same bloke as her sister Eleanor and was subsequently imprisoned in the castle’s dungeons by her jealous sibling. It’s said her sorrowful spirit never left. Nowadays, the castle’s an atmospheric ruin – and there’s a nice café. Come for the coffee, stay for the spooks. 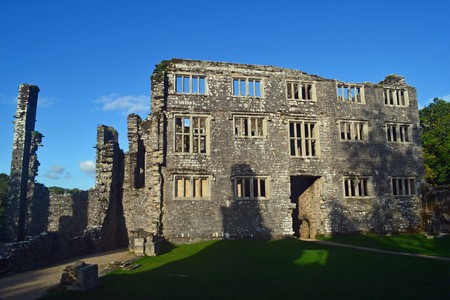 If the Blue Lady at the Berry Pomeroy Castle tries to call out to you, don’t listen | | © Susie Kearley / Alamy Stock Photo

How many ghosts does it take to get into the Guinness World Records? Twelve, of course! Pluckley, Kent, used to hold the title for ‘The most haunted village in Britain’ for its 12 famous phantoms. Among them is an old lady wandering the streets, a patrolling schoolmaster who hanged himself, and a highwayman who was murdered and pinned to a tree. We wonder what the rent prices are like… 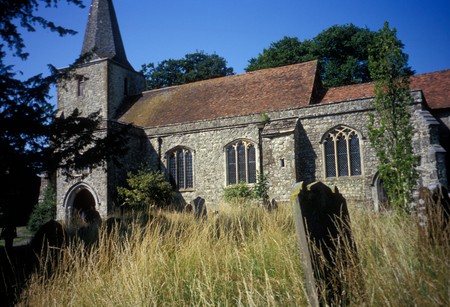 Dating back to the 11th century, this long-serving former prison most famously held the Pendle witches: a group of women accused of practising witchcraft on nearby Pendle Hill in 1612. They awaited trial in the castle, and due to its terrible living conditions, one woman named “Old Demdike” died. The 10 “witches” were found guilty and hanged on the moor above the town. Take a tour of the castle or dare a night of ghost hunting. It’s so horribly haunted that staff are no longer shocked by paranormal activity. On the plus side, there are often complimentary snacks. Where do we sign up? 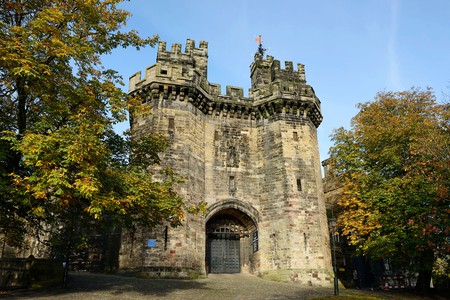