Meet Bonita Norris, the Woman Who Conquered Everest at 22 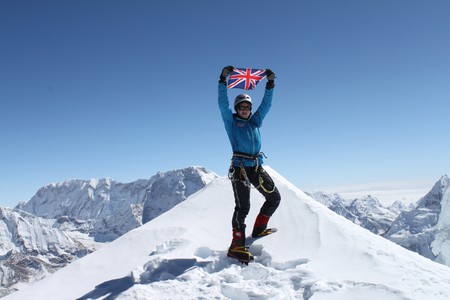 Mount Everest, the world’s highest peak, remains a mystical monolith to most, but to a few determined climbers, the summit represents a brutal challenge to overcome. Bonita Norris is one of those stubborn dreamers; in 2010, at the age of just 22, she became the youngest British woman to scale the legendary mountain. Culture Trip caught up with Norris to discuss the high-altitude adventures she chronicles in her new memoir, The Girl Who Climbed Everest, and how to conquer mountains of self-doubt.

At 20 years old – an age when many are enjoying a gap year or hanging out in their local – Bonita Norris decided she wanted to climb Mount Everest. At the time, the highest thing she had ever climbed was a tree. Just two years later, she became the youngest British woman to scale Everest, the world’s highest mountain at 8,848 metres (29,029 feet). (Her record was broken in 2012 by 19-year-old Leanna Shuttleworth.) The following year, she also became the youngest British woman to ski to the North Pole. Yet it wasn’t overcoming extreme physical challenges that proved her biggest obstacle; it was getting others – and herself – to believe that she could.

Norris’s journey from novice climber to intrepid explorer is recounted in her memoir, The Girl Who Climbed Everest (2017). If you’ve ever doubted your potential or faced a challenge – athletic or not – it’s an inspiring read. It’s a story about not giving up, and finding the resilience to follow your instinct even in the darkest hours. On her descent from the summit, where temperatures can plummet to –60C (–76F), she slipped, injuring her head and back; her legs quickly froze, leaving her in danger of frostbite. She had to be carried down the mountain, narrowly escaping death. 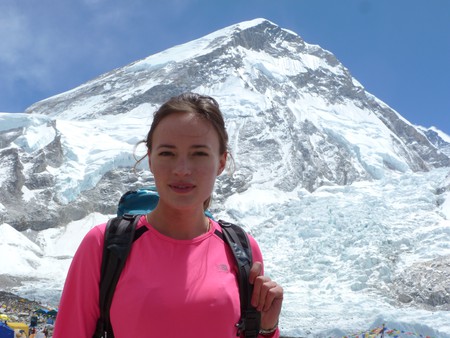 Culture Trip: Climbing Everest and skiing to the North Pole are pretty adventurous challenges for someone with no mountaineering experience. Can you tell us how you found yourself at Everest Base Camp in May 2010?
Bonita Norris: I’ve always been an active child – I was the one on school trips clambering up rocks and getting stuck while others complained about blisters and heavy bags – but more adventurous climbing was never on my radar. It wasn’t until I attended a lecture at university hosted by the Royal Geographic Society that it all came together. The talk was given by Rob Casserley and Kenton Cool. Between them, they’d climbed Everest 11 times. At the end of their talk, they said something that I’ve never forgotten; when they reached the summit, they looked down and saw the curvature of the Earth. I knew I had to see that with my own eyes. From there, it just all made sense.

CT: Tell us about the training. What was the toughest part?
BN: To be honest, I was really clueless. I’ve always been a keen runner, having run several half marathons, so I just ran more. I started out by running 17 miles a week, each week trying to cut the time down. It was all about endurance, fitting in as much as I could. I’d run in every type of weather in just shorts and a vest, preparing myself physically for all conditions. Every weekend I’d go climbing – to North Wales, down to the South Coast and the following spring to the Alps. In September 2009 I climbed Mount Manaslu, the world’s eighth-highest mountain. It was, without a doubt, my toughest climb to date. I was so far out of my comfort zone. There were moments when I thought I just couldn’t do it. Each day was the hardest day of my life. I’ll always look back at that trip and remember the pain, the fear.

CT: Would you say climbing Everest is as much a mental slog as it is physical?
BN: Your physical fitness is important, but the best climbers are the ones who know to pack their backpack, how to tie their boots so you don’t get frostbite and how to make the stove last longer so you don’t run out of fuel. The fitness thing is almost an afterthought. Mentally, it’s one of the toughest things you can do. If climbing has taught me one thing, it’s that I won’t ever overcome fear; fear will always be with me. But what I can do is block fear out by focusing on something that doesn’t scare me, by focusing on the process and the details of the next small step. You have to remember no one else can make your dreams come true. 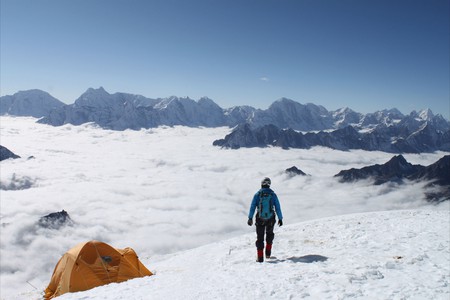 CT: You say in your book that reaching the summit was an anticlimax. Why?
BN: The moment I got to the top of Everest, I thought I was back on Mount Snowdon. My brain was so deprived of oxygen [the realm above 8,000m is known as ‘the death zone’ among mountaineers as your body physically begins to shut down without oxygen]. To be honest, I don’t have the best memories of the summit. When I think of my successes on Everest, I don’t think of getting to the summit, I think of other scary moments, working together as a team. By that point, I’d had all the experience I needed. The summit has been hyped up by the media – there’s so much more to Everest than reaching the peak.

CT: What’s the biggest lesson you learnt on the expedition?
BN: That success and failure aren’t opposites, they are intertwined. On the descent, I had a momentary lapse in concentration and slipped, bashed my head on a rock [the majority of deaths on Everest occur during the descent]. I woke up in my tent the following morning and realised I was only in Camp Four, still in the death zone, with at least a day’s walking ahead of me to get back to Base Camp. I felt like I had failed – there were feelings of confusion and horror as I asked myself how had I got it so wrong.

CT: Did the accident affect your passion for climbing?
BN: It took me a long time to use that fall as fuel to carry on. I felt like I needed another challenge. In November 2011, I climbed Ama Dablam [also in the Himalayas and deemed a technically more demanding mountain than Everest]. When I reached that peak, I could see Everest in the distance and physically saw my biggest failure had driven my new biggest success. 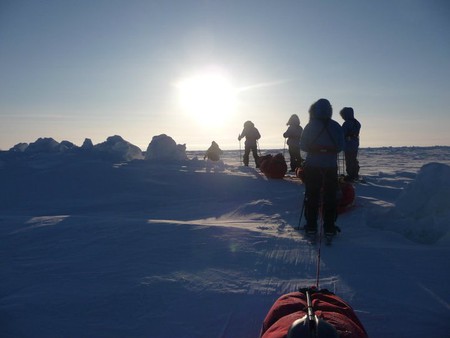 A year after climbing Everest, Norris set off on an expedition to ski to the North Pole | © Bonita Norris

CT: What’s next?
BN: I still have unfinished business with K2, an insanely dangerous mountain, which I attempted to climb in 2012. With a three-week-old baby I don’t plan on climbing any time soon, but the door is always open.