Meet Simon Baker, a rising star in Britain’s film scene. Simon films, directs and edits everything from electric music videos to stunning adverts and captivating movies. Discover what inspires this BFI award-winning director as we talk to Simon about his passion for storytelling, free movies, and his latest, revolutionary film projects. 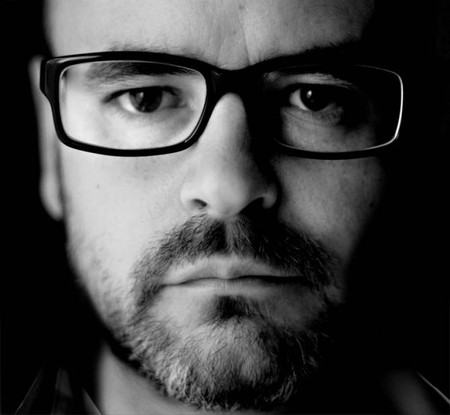 When I was 17 I wanted to be a fine artist. It was very shortly after I started Art School that I realised I was nowhere near good enough, so I turned my attention to photography and then to video. I picked up a full-size VHS camera and began to play around. It was then that I knew I wanted to work in that medium.

How would you describe your work to people that view your films for the first time?

I would describe my work as being in the tradition of British Realism, but with a contemporary and ‘cinematic’ aesthetic – I am interested in characters and their small, relatable journeys, real life, and real places. I also have an interest in popular culture and urban, multicultural aspects of modern Britain, and London in particular. I have a passion for using improvisation to develop the characters with my actors, so that the dialogue and interactions have an unscripted spontaneity, and the characters have a depth and authenticity of voice. I find this magnetic and exciting to watch. Essentially, I make the kind of films I like to watch myself.

Still from a brand film for Saudi Aramco | © Simon Baker

What motivates your creativity? What message do you wish to convey through your work?

The excitement of the process is what motivates me – finding the right cast, seeing the characters develop though workshops and seeing that through to completion. I’m not sure that I want to convey any message; in fact, it’s the absence of messages or moral tales that I hope characterises my films. I’m not interested in preaching well-trodden, predictable messages to my audience and I’m happy to leave dramatic grandstanding to other filmmakers. My message, if there is one, is that the small and intimate dramas playing out all around us everyday are as interesting to me as the grand stories. I also just love hearing people talk, and I don’t really care what they are talking about.

You’ve worked on everything from films to TV, music videos and adverts. What do you prefer working on?

I went to film school to make movies, everything else is simply a means to an end. 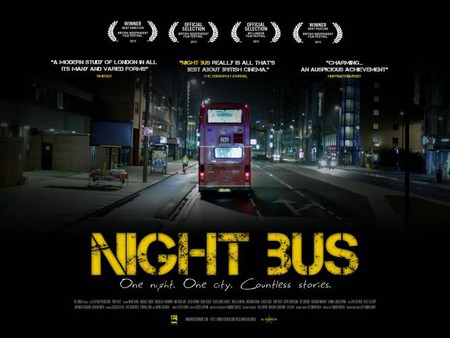 Have you had any artistic disappointments in your career? If so, how did you fight them?

I’ve had too many to mention. Sometimes I think filmmaking (or any artistic endeavour, but especially filmmaking as they are just so many variables involved, you never have complete control) is about trying to limit those disappointments. Any project you undertake is going to be littered with them, the more you limit them, the more satisfied you are.

You have said that your film, Night Bus, is being made available for free online. Do you find existing in one of the first generations to make a living out of digital and social media a challenge, or is it inspiring?

I think that it is exciting, but it is also dangerous. We have made Night Bus free online because I want as many people as possible to see it and I guess I am trying to think about the long game. But releasing films for free online is not currently a sustainable model, I am only able to do it because I have sole ownership of the film and the good will of everyone involved. I think it’s great that modern technology and things like the internet make it possible to create and distribute films much more easily and democratically, but we have to find a way to make it financially viable. This is not just a problem for film, but for all creative mediums. 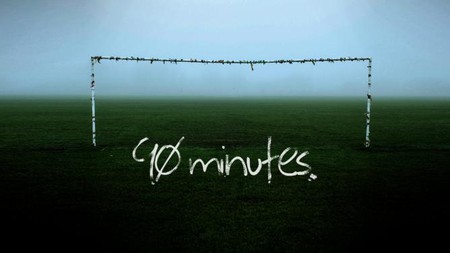 Tell us about your upcoming project, 90 Minutes

90 Minutes is a character drama set against the backdrop of Sunday League football. The story takes place entirely on one morning on London’s Hackney Marshes. The story is not about the football itself, it’s about the characters that surround the scene. From the players on the pitch to the coaches on the sidelines, the referees, the supporters, and the family dramas playing out all around them. The film is an ensemble piece, it follows a small number of characters and their stories on this one Sunday morning. Tensions build as secrets are exposed and emotions are laid bare. The scene unfolds as the match moves towards its dramatic conclusion, where all the narratives collide. For me, it’s the natural follow on from Night Bus – it’s set in one location, in one moment in time and is all about the characters and their intimate dramas. There is more of a narrative thread than Night Bus had, as we follow key characters throughout the film rather than a portmanteau, episodic approach. 90 Minutes is intended to be the second part of a London ‘trilogy’, the third of which is a film called Beginnings and Endings, another character film about the very moment people fall in, and out, of love.

You say you have travelled in the past, was this important to your work? If you could take a filmic tour across one country in the world, where would you go?

I travel a lot through work. To be honest and perhaps predictably, I’ve always found North America an amazingly filmic and diverse place. I think it’s easy to forget the richness of culture, art and sheer landscape that exists there, beyond the stereotypical images we sometimes have.

Henry Miller penned 11 work commandments in his book, Henry Miller on Writing. Number 7 is ‘Keep human! See people, go places, drink if you feel like it’. Do you have a particular morning routine or way of working which helps you to remain creative?

I just try to make sure I get out of bed. 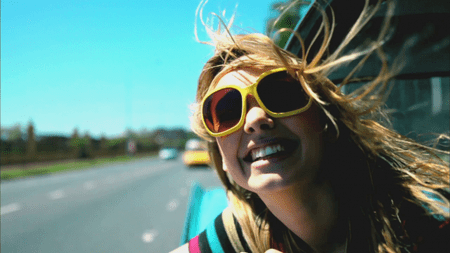 Still from a film for Camel, shot in Buenos Aires | © Simon Baker

If you could sit down and have a meal with one director in the world, who would it be and why?

That is really difficult to answer. If it were just for the thrill, it would have to be Stanley Kubrick. If I wanted advice or inspiration, it would be Mike Leigh or Ken Loach. There are many, many others; too many to mention.

John Sayles. I’m not sure if I would ever describe him as overlooked, but you don’t hear him mentioned that often. To me, he is a huge inspiration – a great filmmaker with a passion for humanistic stories that reflect societal themes. He also shows how you can balance commercial activities, such as writing genre films, with a respected career as an independent filmmaker. Lone Star and City of Hope are both seminal films for me personally.

What are you reading or watching at the moment?

I’m reading The Joy of Tax by Richard Murphy and Show Me A Hero on Sky Atlantic (HBO).