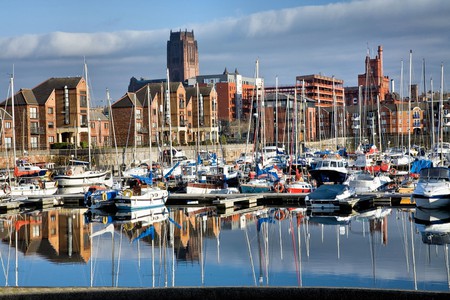 The Beatles’ hometown and a UNESCO World Heritage City, Liverpool’s cultural landscape is one of Britain’s finest. We investigate Liverpudlian culture through a look at some of the city’s greatest cultural institutions, journeying across a landscape of world-class music, art, architecture, theatre and more. 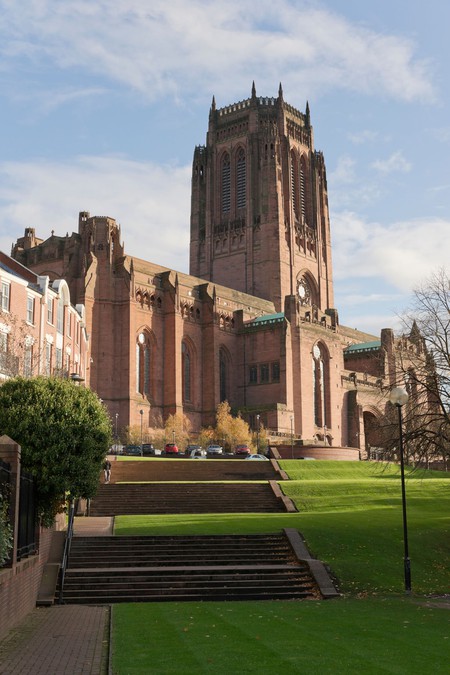 Liverpool is a city like no other; containing England’s largest collection of museums and galleries outside of London, listed as a UNESCO World Heritage City, the hometown of the world’s most famous band and housing the UK’s biggest Cathedral, Liverpool has something for every cultural traveller. A city that likes to celebrate, Liverpool is home to a wide spectrum of exemplary events, such as the iconic Liverpool Sound City: the largest international music, digital and film festival and conference in the UK. To join in the celebration, we list the best cultural institutions that reveal Liverpool as the artistic powerhouse it is. 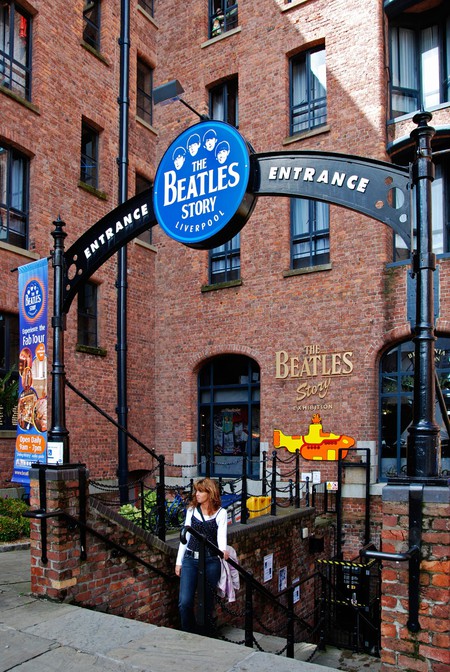 Liverpool is a unique and fascinating city for many reasons, but one of the biggest reasons for its fame comes from The Beatles and the city is immensely proud of this. The Beatles Story is an iconic museum set on Albert Dock that takes visitors on ‘an unforgettable journey into the lives, times and music of The Beatles’. Presenting captivating tales of the band, priceless memorabilia, beautiful replicas, rare photographs and more, The Beatles Story is a must for all music lovers. There are also many themed tours in Liverpool, such as the Magic Mystery Tour, that showcase famous places in the band’s history including Penny Lane, Strawberry Fields and Mathew Street. 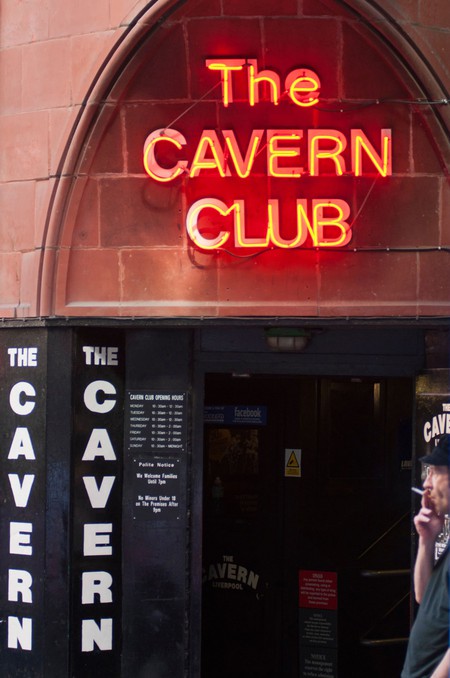 The Cavern Club has been central to Liverpool’s music industry since its opening in 1957. The 1960s saw the birth of the Beat Music scene in Liverpool and during this time the club reportedly become ‘the most publicised pop music venue in the world’. A favourite stage of The Beatles, the band first played here in 1961 and revisited it hundreds of times throughout the years. Today the venue exudes an inspiring atmosphere soaked in the history British music. Divided into the Cavern Club, the Cavern Pub and the Cavern Live Lounge, visitors can still witness incredible performances in this historic setting. 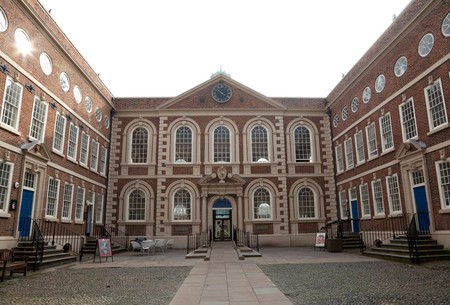 Described as ‘Liverpool’s creative hub’, the Bluecoat is the pinnacle of the city’s contemporary arts scene, presenting world-class performances in visual art, literature, music, dance and live art. The organisation is set in a Grade I-listed building that dates back to the early 18th century, and its walls are teeming with history; early exhibitions at the Bluecoat included the first Post Impressionists show, and over its lifetime it has exhibited the work of Picasso, Cézanne, Van Gogh and held performances of Stravinsky, Bartok and Britten, just to name a few. Today the Bluecoat continues its aim of being ‘a creative hub for people to meet, talk, work, perform, question, create, craft, display and enjoy themselves.’ 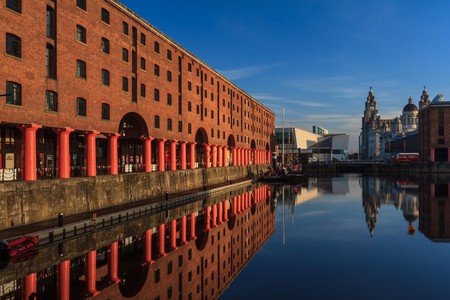 A part of the prestigious Tate family, which includes Tate St Ives in Cornwall, London’s Tate Britain and Tate Modern, Tate Liverpool is ranked in the top art museums and galleries in the UK. While the venue’s permanent collection displays significant artworks that date from the 16th century to the present day, the temporary displays offer cutting edge exhibitions from the world’s most exciting practitioners. Tate Liverpool also organises fantastic educational events for adults and children, such as talks, film screenings and more. 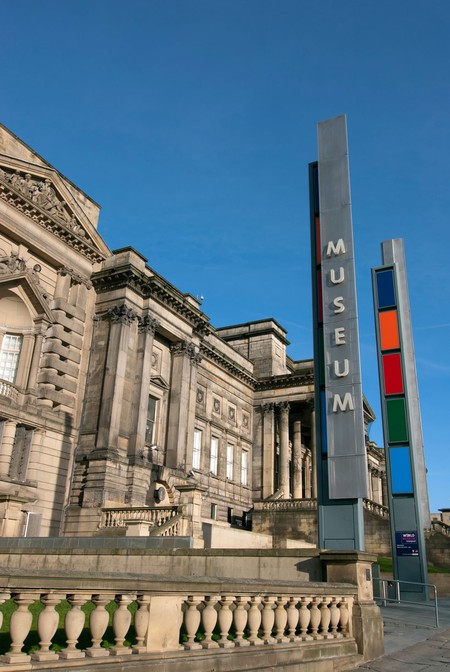 The exhibitions at the Liverpool World Museum are as vast as the globe itself, revealing ‘millions of years of the Earth’s history through thousands of exhibits and hands-on activities’. Visitors can take pleasure in learning about everything from the cultures of the world to the history of dinosaurs, and the museum also contains its own aquarium. In addition to this, the World Museum presents educational theatre performances and film screenings at the Treasure House Theatre, making it perfect for family trips. 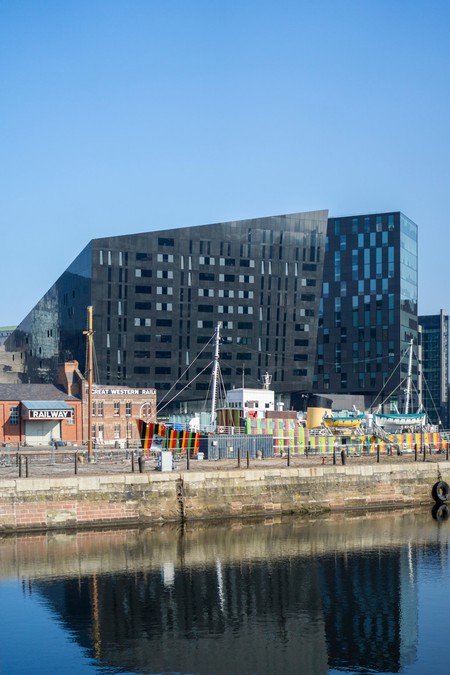 Opened in 1977, the Open Eye Gallery is one of the leading photography organisations in Britain. The gallery focuses on all aspects of the art form, from the practice to the enjoyment and understanding of photography, and its exhibitions present the work of some of the finest practitioners in the world. Open Eye also features a permanent collection of archive photos that date back to the 1930s. Not only focused on the past and present, the gallery also runs a number of programmes that support emerging artists to improve their skills and gain wider exposure, as well as events to further stimulate discussions about the future of this photography. 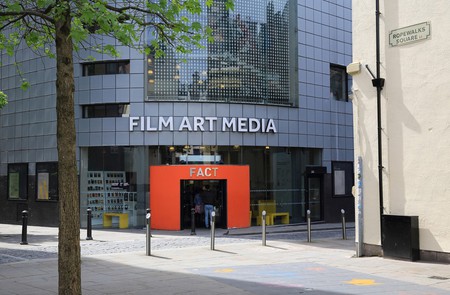 A cinema, art gallery and research centre, FACT is proud of its status as ‘the UK’s leading media arts centre’. The centre presents cutting edge and inspiring new media art exhibitions from around the world, and also displays the best of independent and mainstream film. In addition to this, FACT also organises a programme of educational programmes that have helped thousands of emerging practitioners of all ages and backgrounds. The centre acts as a place of research and development, pursuing multi-disciplinary projects that investigate the relationship between technology and culture.

The Museum of Liverpool 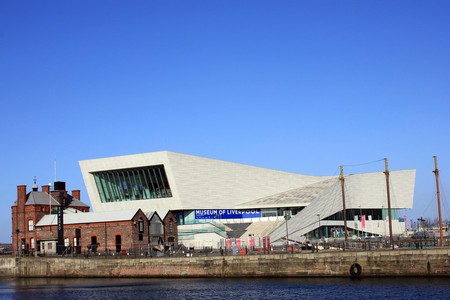 A venue of titanic proportions, the Museum of Liverpool is the largest national museum built in the UK in the last 100 years. The museum celebrates the local and international significance of Liverpool through thorough investigations and enlightening exhibitions that explore the geography, history and culture of the city. Still in its infancy, the museum opened on 19 July 2011 and has already won many prestigious awards, including the Council of Europe Museum Prize for 2013. 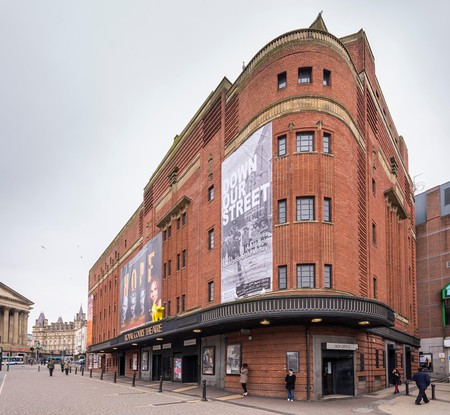 While Liverpool’s music scene is internationally celebrated, the city’s enthralling theatre landscape deserves wider recognition. The Royal Court Liverpool is one of the icons of the area and has been a central point in the city’s enchanting culture for nearly 200 years. The theatre’s programme includes world-class comedy, drama and musical productions, and its stage has welcomed many of the legends of these genres. Another iconic theatre is the Liverpool Empire, the UK’s largest two tier theatre. Run by Ambassador Theatre Group, this theatre presents spectacular touring shows from a range of genres. The Everyman and Playhouse are another two theatres worth a visit. Focusing more on local talent and new writing, their work unites local practitioners and audiences with national and international creative connections. 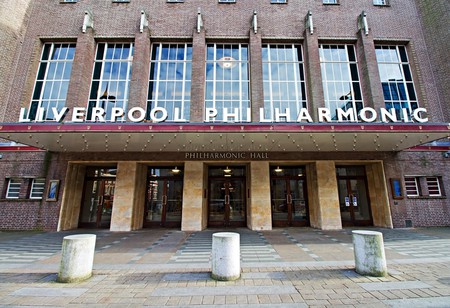 Promoted as ‘one of the UK’s most forward-looking music organisations’, the Liverpool Philharmonic presents world-class orchestral performances, as well as choir and chamber music concerts. The organisation is committed to nurturing talent and has supported thousands of musicians of all ages in their musical careers. The organisation also runs the Liverpool Philharmonic Hall, a Grade II-listed venue that is host to a wide spectrum of events, from contemporary rock and jazz performances to comedy shows and festivals. 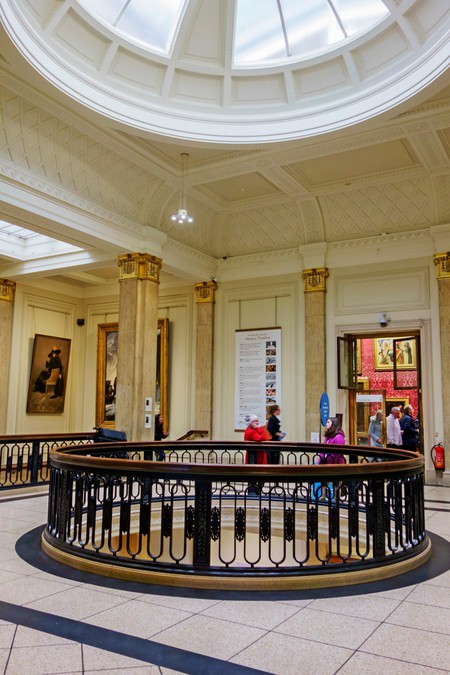 Advertising its art collection’s range as ‘from Rossetti to Hockney’, the Walker Art Gallery is widely renowned as one of the finest art galleries in Europe. The collection stretches from 13th-century pieces to contemporary works and contains a breathtaking number of iconic artworks. The gallery opened in 1877 in its stunning building designed by the local architects Sherlock and Vale. Today the gallery presents captivating exhibitions of both historic and groundbreaking significance. The gallery’s collection holds a particularly strong collection of works by Rubens, Rembrandt, Poussin and Gainsborough.