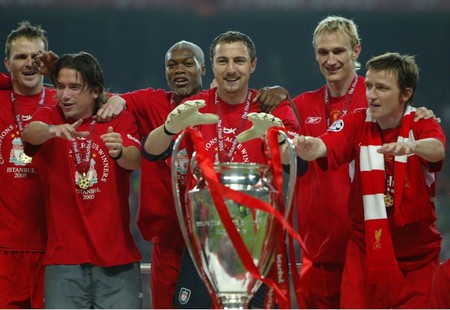 Liverpool’s comeback and win in the Champions League final 2005 was one of the most thrilling football matches in living memory. Key to that win was the Reds’ keeper on that night, Jerzy Dudek, who relives that moment and reflects back on his time in England.

Dudek has been part of the Heineken #ShareTheDrama campaign for the UEFA Champions League, the competition he won so memorably with Liverpool. The video sees the Polish keeper in an 18th century duel, taking his penalty heroics into a cinematic scene. Culture Trip caught up with the former Liverpool goalkeeper to talk about that night in Istanbul, as well as reminiscing about Liverpool, both as a club and a home.

Culture Trip: How often do you get asked about that moment you recreated for the Heineken CL commercial?

Jerzy Dudek: Almost every day. But it was such a dramatic and important moment in my career so I can fully understand why the media and the fans want to hear me talk about it.

CT: Have you spoken to Bruce Grobbelaar since it happened? Was it planned?

JD: I’ve never actually had a chance to speak to Bruce about it. I did the ‘spaghetti legs’ at training before, but I had never actually done it in a competitive game. The idea is to put even more pressure on the players taking the penalties. I remember watching Bruce’s antics for the last penalty against Roma in the 1985 European Cup final and said to myself “What a great tactical move”, so I repeated it in Istanbul. Apparently it worked well for us on the night too!

CT: You played in different countries and leagues. What was special about the Premier League?

JD: English football is incredible and the Premier League is an amazing competition. It’s grown so much over the years and each game is still really open – any club can beat any opponent. You only have to see what Leicester did two years ago to see that. In England the stadiums are always full, the fans are right behind you and there’s an unbelievable atmosphere.

CT: How does Anfield and The Kop compare to other grounds that you’ve played at?

JD: Anfield is so special. In my career I played all over Europe and beyond. I was at Real Madrid after Liverpool and obviously really enjoyed playing at the Santiago Bernabéu, which is an incredible stadium, but the vibe at Anfield – especially on European nights – with the fans singing You’ll Never Walk Alone…Goosebumps! There’s just nothing that compares to it.

CT: What were your highlights about living in England?

JD: The sunshine and fish and chips of course. I actually learnt to play golf during my time with Liverpool and it’s become one of my favourite hobbies.

CT: Were there other grounds in England that you liked playing at? Or places you liked to visit in your spare time?

JD: Playing at Old Trafford was always a challenge. I also liked the Millennium Stadium in Cardiff. We played Manchester United there in the League Cup final (in 2003) and the atmosphere was unbelievable.

CT: When you go back to the city of Liverpool, is there anything you like to do, or places you head back to?

JD: Anfield, of course. Going back to the stadium is always an opportunity to see the people who still work at the club from the time I was there, and in the city itself you get to interact with the fans. The last time I went there was for a legends game against Real Madrid, and I felt great. As for the city, it has changed a lot since I left the club. There’s been a lot of renovation, with new bars and restaurants; it’s really lively.

CT: How would you describe Liverpool to someone who hasn’t been there?

JD: You shouldn’t go there looking for glamour and glitter, but the place will warm your heart and you’ll definitely enjoy your time there. I did.

CT: Did you struggle with the Scouse accent?