How to Spend 24 Hours in Brighton 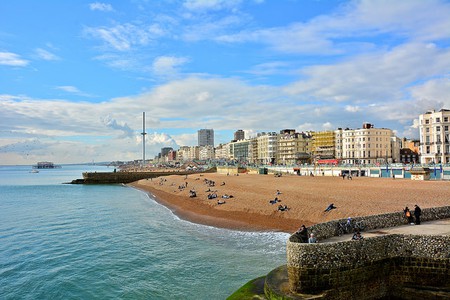 When the Prince Regent, soon to be George IV, commissioned John Nash to begin building the ultimate weekend house in 1787, he was already renowned as a consummate dabbler in the finer things in life. It’s perhaps from the Prince Regent that Brighton inherited its penchant for exploring the limits of the human experience, from food and drink to special places to gather and tryst. It’s with this spirit that a body visits the city – from first footstep onto the pavement, Brighton is about embracing the moment and taking everything in. Here’s how to spend 24 hours in the ultimate weekend destination.

First things first, head down through the North Laine for a coffee for fuel (you’re going to need it) – chains are plentiful here, but the independents are a religion; try Pelicano on Sydney Street, which hosts its own micro-roastery with a vegan cake slice for further energy. It’s worth taking a bit of time to window-shop in this historical and cultural quarter; exclusive boutiques like Nola and Tribeca sit side-by-side with unicorn slipper and dashboard-dolly distributor This is Not a Butcher’s.

Round the corner, the pedestrianised New Road gives a first glimpse of the Prince Regent’s pet project – the Royal Pavilion estate. Comprised of the Pavilion, Brighton Dome and Brighton Museum, the estate is a stunning example of the Indo-Saracenic design prevalent in the late 19th century; no visit to the area would be complete without a tour of its immaculately-kept rooms. 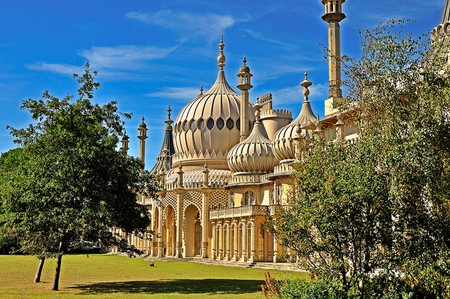 By now, though, the coffee will have worn off, so stroll down over North Street through the passageways of the Lanes, part of the original seaside settlement. Order brunch at The Breakfast Club or hit up Moshimo for some of the best sushi in town. Here, the smell of salt and candy floss will be in the air, so let your childlike giddiness lead you down with the crowds to the seafront. It goes without saying, you’ll need a bit of pocket change to try your hand in the Palace Pier’s penny arcade – a delighted shout of a place guaranteed to make you lose hours at a time. Once you’re out of coins, head east to Hove Lawns where the famed beach huts sit along the promenade, taking in a pint at pubs like The Tempest and the vibrant art in the seaside galleries.

As the sun starts to set, you’ll be well-watered and working up an appetite, so turn north towards the thriving world culinary scene on Western Road. The Gingerman, Archipelagos and The Little Fish Market are all worth a reservation. Drop into Paris House for some jazz and a digestif. By now the after-work crowds will start settling in to the pubs; if you’ve rested enough, pub crawl back to the heart of Brighton and put on your dancing shoes for The Basement Club at Legends – one of the city’s most popular LGBTQ clubs.

Many hours later, after a restful night of recovery at one of Brighton’s finest boutique hotels, head out along the seafront (the salt might help the head). You’ll soon encounter the shining brilliance of the world’s tallest observation tower – the i360 – and if it’s clear, take a trip up for unparalleled panoramas of the Sussex countryside and the sea. About a mile west of the pier lies the Brighton Marina and the start of the Undercliff Walk for a bit of scenic exercise, traversing the side of the famous chalk cliffs that form the coastline. The historic village of Rottingdean at the end is postcard pretty; stop here for an ice cream and relax on the pebbled beach as intrepid souls brave the sea. 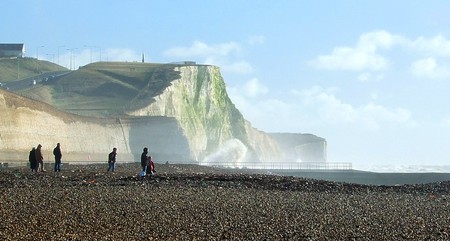 The waning time is palpable now, but don’t despair – there’s still time to catch a show at the Concorde 2, play a round of mini golf to work off your fish and chips or hunt for the perfect stone to ‘accidentally’ bring home. However, don’t leave without getting the perfect photo of the crumbling West Pier and watching the sun set with a cocktail at OhSo Social. It’s obvious now, that 24 hours simply isn’t enough; there’s still so much more to see in Brighton. But it’s always best to leave wanting more.