How to Discover England's Isle of Wight in 24 Hours 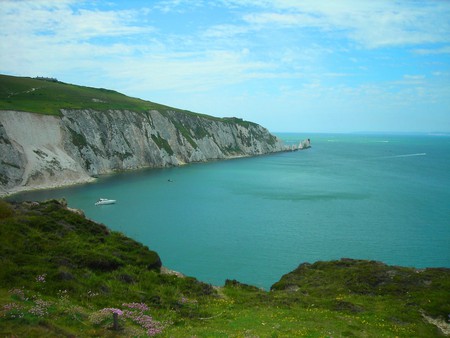 If you’re searching for windswept beaches, multi-coloured sands and lush green countryside, England’s pretty Isle of Wight makes for an exceptional getaway. Just a buoyant ferry ride away from the mainland, this picturesque island affords spectacular views of the sea from almost every angle. Whether you’re visiting for adventure or a laid-back getaway from the everyday grind, there’s something for everyone here. Read on for our guide to spending 24 blissful hours on the beautiful Isle of Wight.

Where could be lovelier to sip your morning coffee than overlooking the sea as it laps against the sand? With views of pretty Sandown Beach, this family-run eatery offers no-fuss breakfasts and brunches served with a cheerful Isle of Wight smile. Choose a meaty or veggie feast, or opt for a Spanish-style baguette or American pancakes.

These three impressive spikes of chalk are around 30 metres high and pierce the Isle of Wight’s seascape just next to Alum Bay. Perched shyly behind the third of these jagged mounds is the red- and white-striped Needles Lighthouse, too. There was once a fourth shard, known as Lot’s Wife, which fell into the sea in 1764 and had the sharp, column-like appearance of a needle, which is where the remaining three shapes got their charming name. Take a boat trip for a closer look at these unique, natural works of art. 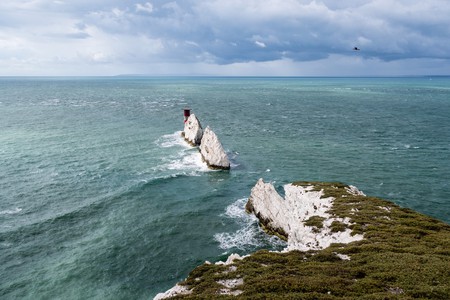 The craggy cliffs at the Isle of Wight’s dreamy Alum Bay are streaked with pretty shades of pink, yellow and gold. Ride the chair lift to gaze at these unique colours or check them out as you wander the beach below. The stripes were caused by the shifting sea bed which was eroded almost 70 million years ago. Around 10 million years later, the bedrock moved, pushing the sedimentary layers upward, creating the unique pattern we see today. 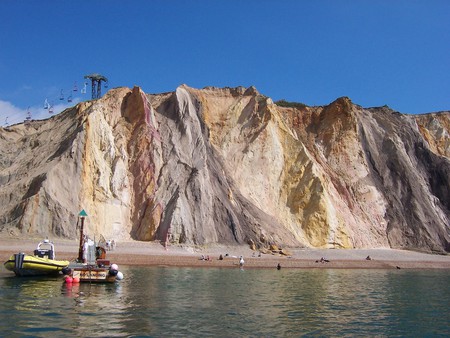 Create Your Own Sandy-Striped Memento

If simply admiring the stripey cliffs wasn’t enough, you can take home your own little slice of the island by heading along to Alum Bay Sand Shop. Fill a little bottle with layers of the different coloured sands from Alum Bay as a take-home memory of your visit to the Isle of Wight. Choose from uniquely shaped jars such as love-hearts, guitars, skulls and teddy bears, and scoop in the sand, making a one-off piece of the beach to keep forever. 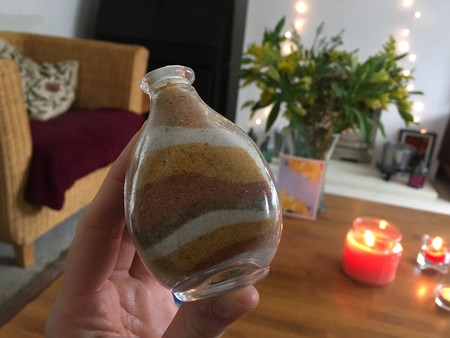 Feast on Moules Frites at the Three Buoys

Head over to the charming town of Ryde, which has plenty of lovely independent coffee shops and Victorian architecture on the seafront. Make your way to the gorgeous Three Buoys restaurant which overlooks pretty Appley Bay and tuck into one of the elegant and reasonably priced dishes on its varied menu. As well as a quality selection of seafood, the Three Buoys has excellent veggie and vegan options too.

A leisurely wander up Ryde Pier allows you to gaze back across the sea to mainland Portsmouth. There are terrific sandy beaches all along the town’s coast, and a boutique shop or two in which to while away some hours browsing for the perfect souvenir. There is also the Appley Tower, built as a garden folly in 1875, whose crenelations make for a perfectly photogenic snapshot of the English coast. 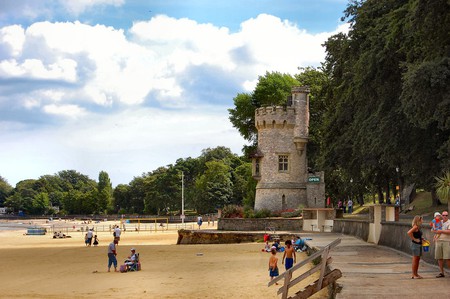 The Folly at Ryde, Isle of Wight | © Ronald Saunders/Flickr

See the Oldest Passenger Train Still in Service in the UK

Vintage trains from the real London Underground and dating back to 1938 still run along Ryde seafront and pier. With the old-school ‘mind the gap’ signs on the trains and platform edge, it’s a pleasant trip down memory lane. Not only that, but this throwback train ride is a breezy way to take in the loveliness of the island’s coastline. 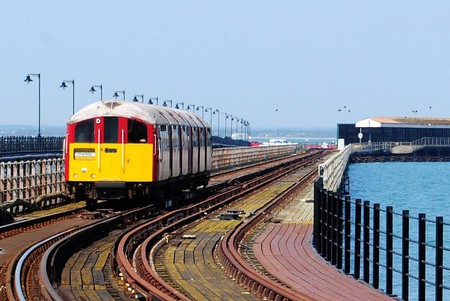 For the true eccentric character of the Isle of Wight, head along to the much-loved Babushka Books. One of only three bookshops on the whole island, Babushka is a lively spot and something a little different from the hallowed silence that can swallow you among the shelves of most second-hand stores. Proud of its jolly atmosphere, impressive selection and tumbledown appearance, Babushka is vital if you’re looking for a literary memento of your visit to this picturesque isle.

To add a little fluff to your otherwise hardcore island hols, you can always stroke a friendly alpaca. These cuddly pals can be found at West Wight Alpacas along with goats, chickens and adorable knitwear shop The Yarn Barn. Go for a walk or a trek if you’re feeling adventurous with these gentle beauties. There’s also a café with a tasty menu of snacks to choose from. 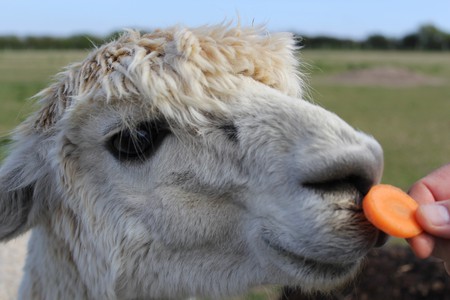 Dine at The Ale and Oyster

After a long day of adventuring, it’s time to treat yourself. The Ale and Oyster serves a fabulous menu of not-too-intimidatingly priced fare. We’re on a seafood theme, forgive us (you’re surrounded by waves, get into it!), so lobster seems an obvious choice, but veggies and vegans will have plenty of colourful options to choose from too. With a Michelin-enlisted head chef and a down-to-earth atmosphere, this is an ideal spot to round of your day on the isle like an expert foodie.

Watch the Sun Set Behind The Pepperpot

This peculiar hexagonal tower, otherwise known as St Catherine’s Oratory, could be straight out of a fairy tale. It is the remains of England’s only surviving medieval lighthouse, dating back to 1314. The story goes that wealthy landowner Walter de Godeton came into possession of some stolen wine (174 casks, to be exact) which had been on its way to France in a ship that ran aground. The Catholic Church was unimpressed, so as penance, Walter built a lighthouse where a priest would pray for sailors wrecked on the treacherous rocks below. This is also an exceptional spot to wrap an arm around a loved one and watch the sun set over the sea. 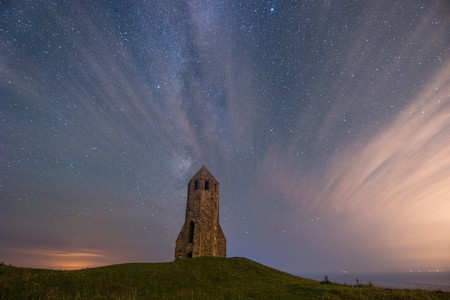 Spend the Night in a Vintage Caravan

For that quintessentially British holiday feel, book yourself into one of Vintage Vacations‘ cosy caravans. Mixing the whimsy of the Carry On movie franchise with modern amenities and tasteful decorative touches, these bonny mobile homes stay put on the plush green lawns of the campsite. There’s something truly exciting about waking up to breakfast in a deckchair on the grass. 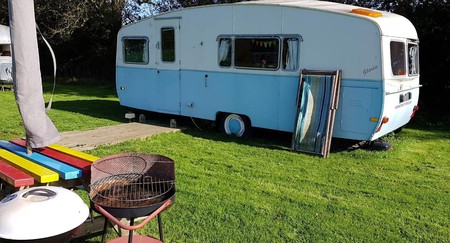 Vintage Vacations caravan | Courtesy of Sammy Pedley
Give us feedback