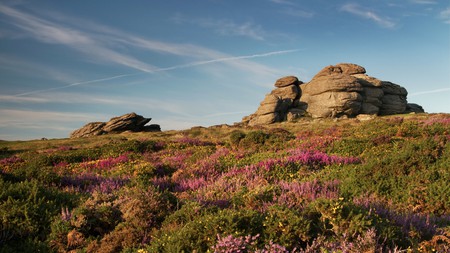 With rugged heritage coastlines and two national parks – Dartmoor, which is the largest open space in southern England, and Exmoor – Devon draws scores of hikers year-round, while its fossil-rich white cliffs, sandy shorelines and chocolate-box villages allure families, adventurers and millennial urbanites eager to check out the area’s bounty. With so much to see and do, you’ll need to spend more than a day exploring, so here’s our pick of the best guest houses in the area. 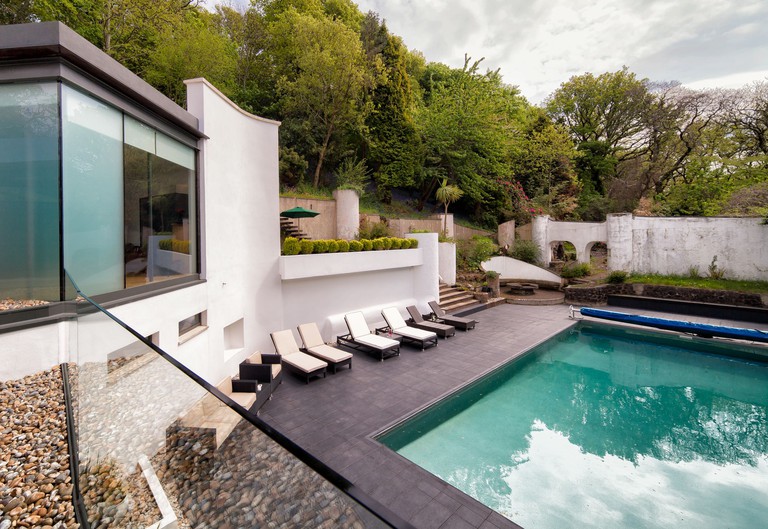 South Devon conjures images of families playing in the sand – all Enid Blyton nostalgia and buckets and spades. After all, popular resorts such as Paignton and Torquay are just along the coast. However, the adults-only Kaywana Hall bristles against these seaside tropes, with its spiralling Le Corbusier-inspired architecture, glassy walls and pool lending an LA vibe that’s heightened by its history as a Swinging Sixties hotspot. Rooms today come with a separate entrance and a sun terrace. 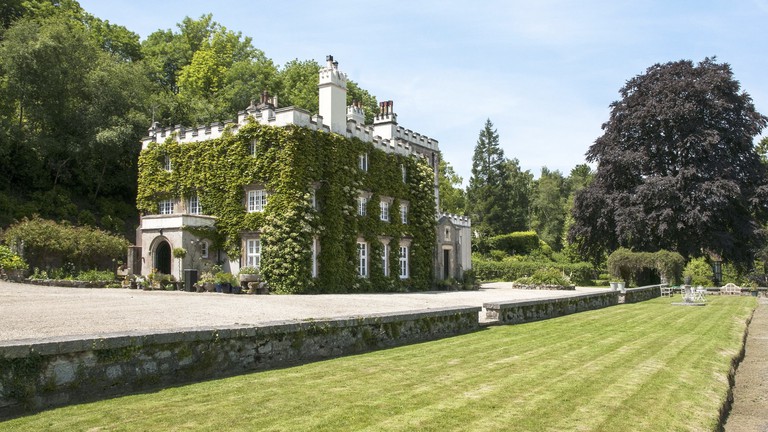 Surrounded by lush green vegetation – Virginia creeper scales the side of this Scandinavian-style manor – Yarner House started life as a Tudor hunting lodge, though it doesn’t lean too heavily on those credentials, preferring a quaint country garden by way of Morocco aesthetic. Pop the complimentary prosecco on arrival, and soak in the views. All bedrooms overlook acres of the unspoilt Wray Valley, which is scattered with orchards, winding tree-lined paths and wildflowers – the same ones you’ll find in your room. 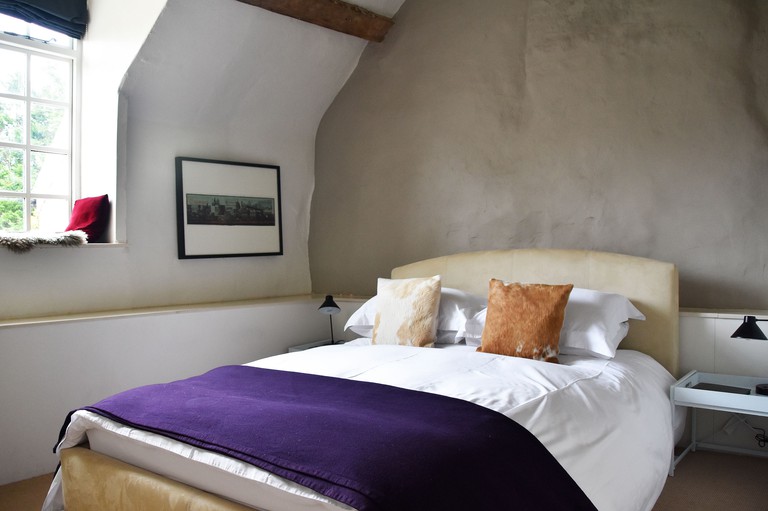 Courtesy of Weeke Barton / Expedia
You’ll spend your entire stay at Weeke Barton torn between wanting to throw yourself into the country life that this traditional stone-and-cob abode celebrates, and wanting to hunker down on the sheepskin-strewn window seat overlooking the Teign Valley. Either way, the cosy sofa in the wood-beamed lounge is the perfect place to award yourself a hearty red after exploring rugged Dartmoor, an area of outstanding natural beauty; thanks to its low light pollution, it’s the perfect place for stargazing.
Open In Google Maps
Bridford, Exeter, England, EX6 7HH, United Kingdom
+441647253505
Visit Website
Give us feedback 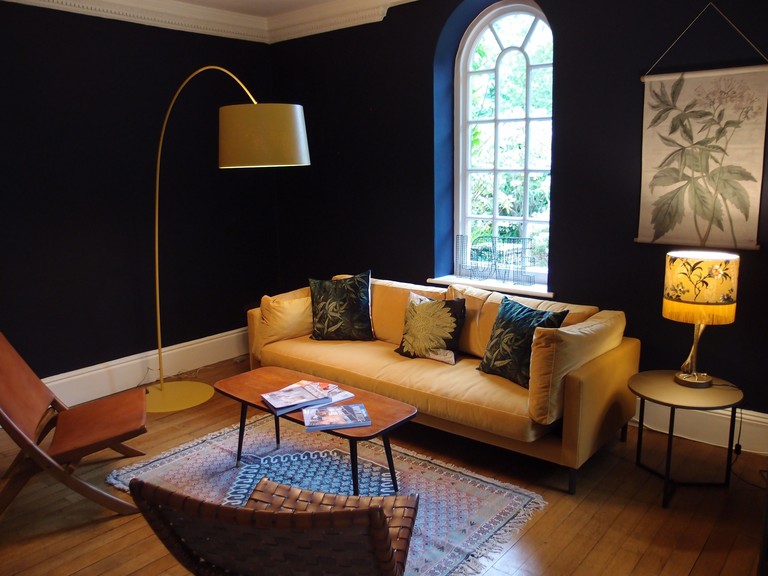 No, not that White House – though both were built in the 1700s and sit on sprawling green pastures. Replete with Georgian features, the Whitehouse also has floor-to-ceiling sash windows that flood rooms with light; head to the mid-century-style bar for a Salcombe Gin at sunset and bask in the golden-hour glow. Meanwhile, traditional touches are offset with quirky accents, keeping the B&B firmly rooted in the present. For example, a hot-pink neon reads, “Be Brilliant”, which is a motto that owners Katie and Chris stick to – try their one-pot take on shakshuka for proof. 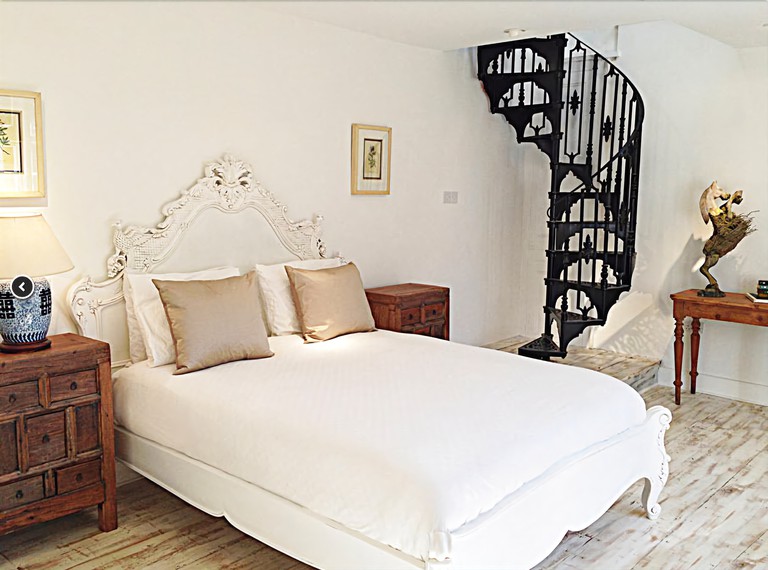 Proving that farming and A-list luxury aren’t mutually exclusive, ANRÁN is the result of Edwin and Mike’s extensive travels. Here, you’ll find Eastern influences next to agricultural tools, along with decorative chandeliers swinging from the ceiling of a renovated World War II Nissen hut. A photography and design studio sits where you’d expect to see a staddle barn, and the courtyard, which once housed the dairy herd, is likely to be occupied by jazz bands, painters and fire-eaters. Expect the unexpected.

With names like “Willow Room” and “Garden Suite”, you’d be right to expect quaint country touches, pastel furnishings and a ballet-slipper bath, along with vintage tea sets, baskets of freshly laid eggs and ramekins of home-made jam with your complimentary cream tea at Bulleigh Barton Manor. Pop by the paddock on your way to the South West Coast Path or dramatic Dartmoor to see the alpacas and roaming chickens. 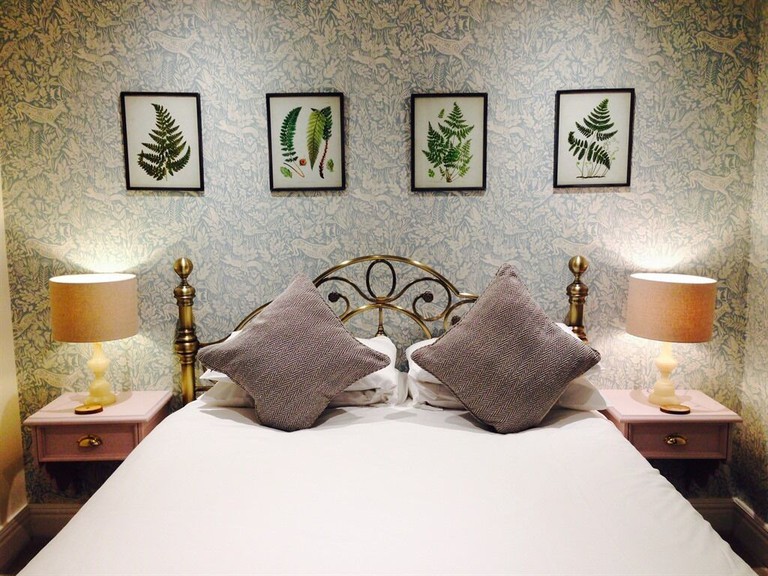 Lydford House sits on the Devon-Cornwall border, a stone’s throw away from several attractions, from Lydford to Bray Tor. The high-cliffed North Cornish coastline and thundering high tors make for a severe landscape, while the pasture land and gardens in the twee village of Lydford provide a welcome respite – though not without its own dash of drama, which comes in the form of the cascading Whitelady Waterfall. 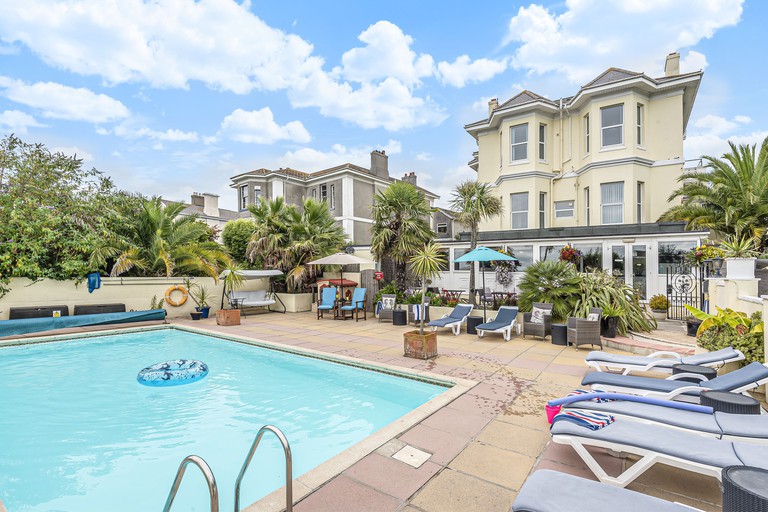 Between the heated pool and towering tropical plants, you’d be forgiven for thinking you’d waltzed into a Mallorcan retreat (though perhaps Nice is more fitting – this is England’s answer to the Riviera, after all). The rooms at this Torquay-based Victorian villa, which dates back to the 1860s, are pleasantly decorated, with blue accents nodding to the seaside locale. They also feature all the modern conveniences, creating cosy crash pads. Explore the surrounding area that played muse to many an Agatha Christie book; the beach is a five-minute walk while the marina and ferries are just 10 minutes away on foot. 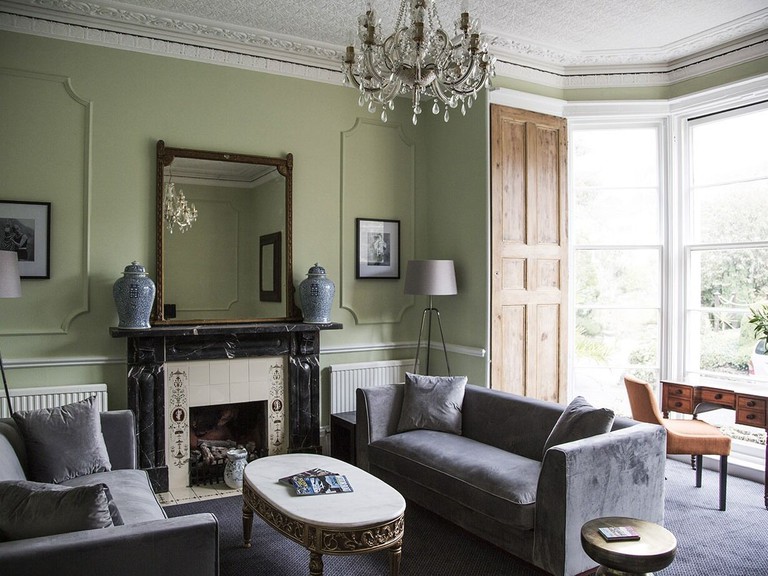 Boasting the best food in the bay, the Meadfoot Bay is locally known as “a restaurant with rooms”, thanks to its celebrated brasserie that specialises in local produce, which means mussels caught from River Exe, southwest scallops and beef reared nearby. It has even pulled together 101 things to do in Torquay – including taking trips to geoparks, charming Cockington village and Kents Cavern, along with sailing in Salcombe – so there’s no excuse not to work up an appetite.