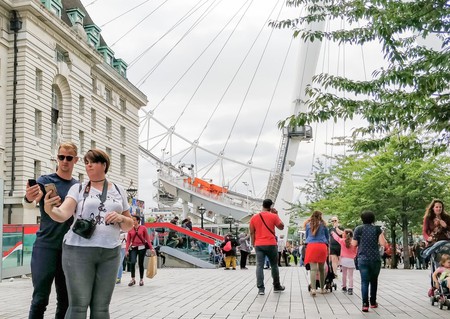 Sharon Latham was a constant figure on the sidelines of Manchester City FC matches for nearly eight years. The club’s photographer could easily be spotted by her unique headwear and hats, purposefully worn so players would know which camera to run toward while celebrating a goal.

During her tenure with the English Premier League club, Latham was able to travel the globe from the United States to Australia and seemingly everywhere in between. Amid training sessions, matches, meetings, and all of the other responsibilities involved with working for a professional organization, Latham would venture out to fulfill her personal and travel photography desires. A quick stop to the Colosseum in Rome. Click. An afternoon trip to Central Park in New York City. Click.

“I’d nip out during the day and literally just take selfies,” Latham said. “I thought they’d keep my memories for me. When I look back at them, I realized how important they were to me.”

Knowing the significance of a quality photo, especially as a keepsake from a vacation or trip—and having seen endless amounts of poorly taken selfies across social media—Latham developed an idea: the Selfie Guide. 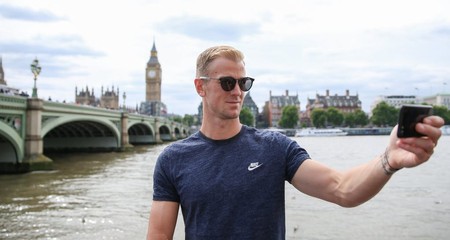 She left Manchester City prior to the 2016/17 season to begin her own journey that November. Traveling to 22 locations in six months—nearly 50,000 miles—Latham captured content for the new app, which launched September 2017. The free app, available for iOS and Android, provides users with all of the necessary information and techniques for taking the perfect selfie (or photo if they aren’t keen on selfies) with anything from the Eiffel Tower to the Sydney Opera House in the background.

“It’s an app for this generation; it’s an app for now,” Latham said. “You see people go on holiday and some of their photos are awful—they miss half the Eiffel Tower or there are other problems because they didn’t line it up properly. They need to be taken properly because you might never go back to that place ever again.”

The app, developed by Manchester-based Apadmi, isn’t full of locations and attractions Latham favors or visited during her days photographing soccer or musicians like Noel Gallagher, The Stone Roses, Bruce Springsteen or Bon Jovi. While she took all the app’s pictures, the locations were chosen based on countless research of top travel destinations around the globe. The current app version features guides on attractions in the likes of New York City, Los Angeles, London, Paris, Berlin, and Sydney. Latham said the next batch of guides may include Bali, Fiji, Tasmania, Hawaii, Tokyo, and Singapore, but admitted she would prefer the app’s users and social media followers to vote on where the next guides should feature.

Latham recalls the first time she mentioned her idea for Selfie Guide, sitting in the dining area at Manchester City’s training facility one day. She was telling then-goalkeeper Joe Hart how she was planning on leaving the club, to which he laughed, not believing she was serious. Latham then explained her idea and Hart understood; in fact, he even wanted to be part of the venture once it came to fruition.

It was a hard decision to leave the club, Latham said, but she has no regrets.

“I don’t miss any of the football, sitting outside in the cold and in the rain,” she said. “I’m glad I made the decision I did. It was a difficult choice to make, but I knew this was going to work.”