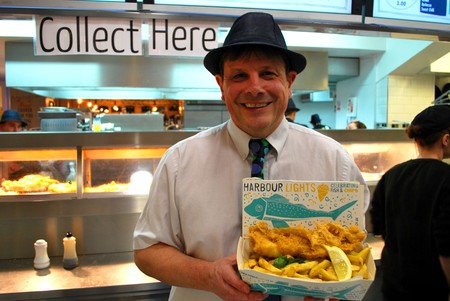 With its sustainable approach to sourcing fish and warm welcoming atmosphere, it’s no wonder Harbour Lights in Falmouth has been voted best Independent Fish and Chip Restaurant of the Year 2017.

There’s something special about eating fish and chips while looking at the sea. Harbour Lights offers just such a view, and this, along with its forward-thinking menu and sustainable approach has seen it crowned Independent Fish and Chip Restaurant of the Year 2017 at this year’s National Fish and Chip Awards in London.

It’s been a long 17-year voyage for owner Pete Fraser. After 19 years service in the Royal Navy, where he hunted Russian submarines from a Sea King helicopter, he longed to have his own business. ‘I did an Open University MBA, and the homework was really hard, so in order to get our heads round it, we opened the local paper and decided to buy a business. It could have been a taxi company or a hairdressers, but there on the page was the Harbour Lights. In those days it was like a works canteen thick with smoke, there was even a fruit machine. The only thing going for it, was the view.’ 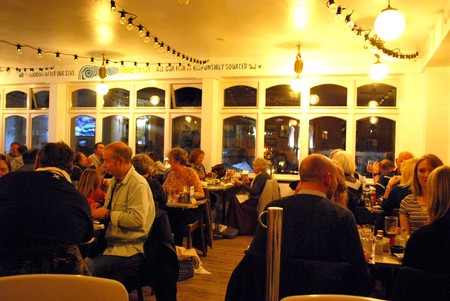 The inside of Harbour Lights | © Culture Trip

Since then the interior has been through three iterations, and is clean, bright and modern, the waiters nip about taking orders on iPads which are sent through to the kitchen. ‘These are my favourite recent additions,’ says Pete, pointing to two spotlights on the ceiling. ‘I want to start a comedy club and compere it, and the wife said “Pete, you’re not funny,” but I really want to do it!’ Pete readily admits he’s not a chef, ‘there are some real fish and chip connoisseurs out there, so to win this award is really something. This is a really friendly industry’.

A key part of Pete’s business is sustainability. In 2005, he began asking his suppliers about fish stocks, ‘I was worried I was selling the last haddock in the ocean, but there was no one to talk to.’ He found the Marine Stewardship Council (MSC), a global independent non-profit organisation which sets a standard for sustainable fishing, who offered advice and support. ‘Ten years ago we took the decision that 100% of our fish served would be responsibly sourced,’ says Pete. Also, Harbour Lights not only sells MSC-certified haddock and cod, but also locally caught Cornish hake, mackerel and pollock, with all the fish coming from local fish merchant Matthew Stevens, who delivers it daily. 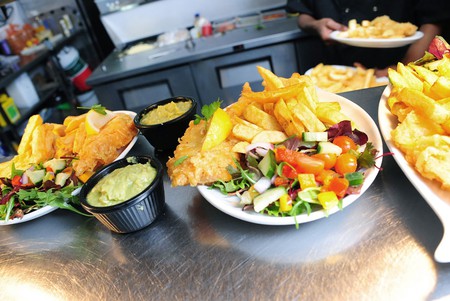 There’s the option of having your fish grilled, as well as swapping out some of the chips for a fresh salad. Or keep it traditional with mushy peas | © Culture Trip

As well as the traditional batter coating, there’s also the option to have it grilled, rather than deep fried. Not only that, you can also swap the chips for a salad, or ‘half and half’. And being a fully licensed restaurant means there’s a choice of wines or local ales to enjoy with your fish supper. On the evening Culture Trip visit, the place is packed with families, young couples on dates, pensioners, all enjoying a classic British dish.

Why the British love fish and chips

You could say fish and chips is the closest thing we have in Britain to soul food. It’s enjoyed the length and breadth of these isles, from Falmouth to Fife. When you think about it, where else can you get freshly cooked, natural food for under a tenner? The beauty of fish and chips is that there’s nowhere to hide, you can’t muck about with sauces and reductions and cheffy techniques. Its simplicity, freshness and value are part of its charm. To borrow from Woody Allen: fish and chips is like sex, even when it’s bad, it’s still pretty good. As Pete says, ‘It’s not just for the belly, it’s for the mind, and what never ceases to amaze me is just how much pleasure to people a good plate of fish and chips can be.’ 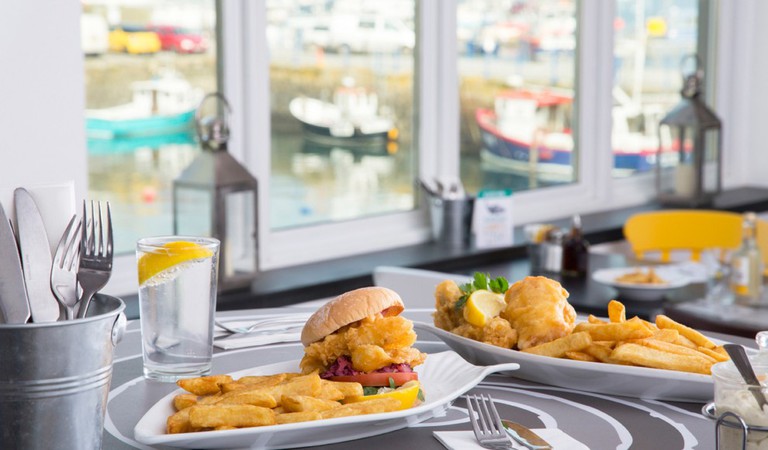