Films and TV Shows to Watch Before Visiting Cambridge, England 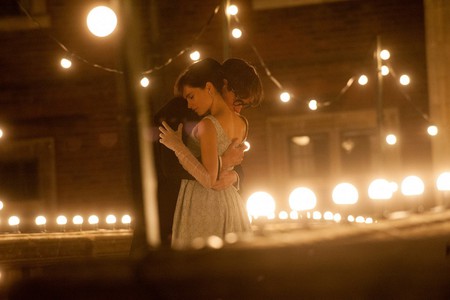 The city of Cambridge in England is famed the world over for its top-notch university and glorious architecture, so it’s not hard to understand why it’s a place many holidaymakers choose to explore. The historic colleges of Cambridge University have produced some of the UK’s brightest stars in science and the arts, so with the pretty River Cam providing a beautifully photogenic backdrop, it’s not surprising that so many films and TV series have been set here.

Culture Trip has put together a list of the top films and TV shows you need to watch before you visit Cambridge.

The Theory of Everything

This poignant movie tells the story of Cambridge local Stephen Hawking, one of the finest scientific minds in the UK today. Starring the impossibly charming Eddie Redmayne, the film explores Hawking’s life as he learns he has the debilitating condition amyotrophic lateral sclerosis, his determination to continue his research and how this experience comes to affect his marriage. Dreamily shot and acted with grace, the fact it’s set where you’re headed is incidental.

The Theory of Everything | StaticFlickr/Wikicommons

This four-part drama tells the tale of four of the Cambridge Five Soviet Spies who passed confidential information from Britain to the Soviet Union during World War II. Two of the spies eventually defected to the Soviet Union in 1951. A superb costume drama with all the essential ingredients of a spy thriller – tension, suspense, eavesdropping and doors and whispered telephone calls. A fine insight into the city’s history with some great shots of its buildings and streets thrown in for good measure.

Might just be my new favourite TV-serie on BBC at the moment! #tobystephens #cambridgespies #bbc

Adapted from the award-winning Alan Bennett play, The History Boys stars some of Britain’s finest acting exports: James Corden and Dominic Cooper as well as home-grown star of stage and screen, Russell Tovey. The movie tells the story of teachers at a British boys’ grammar school trying their best to prepare their pupils for their Oxford and Cambridge university exams. With an emotive storyline following one boy’s experience of coming out as gay in mid-noughties Sheffield and all the predictable frolics of a classful of lads, this film is both touching and a laugh-a-minute joy.

00s LGBT. The History Boys (2006) ⭐️⭐️⭐️⭐️ In the film version of the modern classic play by Alan Bennett, its original stage cast are reunited to depict an group of A Level students as they prepare to apply for Oxbridge. Looking at the British education system and it’s tendency to prepare students only for exams rather than embedding real learning, the movie adeptly captures a realistic picture of what it is like to be both a student and a teacher, especially if both are gay. #thehistoryboys #alanbennett #russelltovey #dominiccooper #richardgriffiths #lgbt #lgbtfilm #queer #queercinema #thepinklens

This is the story of a young Sylvia Plath as she’s growing up, determined to become a renowned writer as she battles with depression. Starring the ever-serene Gwyneth Paltrow, the film shows Sylvia Plath’s experience at Cambridge University, where she famously met and fell in love with fellow poet Ted Hughes (played by Daniel Craig, in a role whose similarity to James Bond ends at ‘shameless womaniser’.) It’s a deeply moving and ultimately tragic tale, but wasn’t particularly well-received by critics. As with any dramatisation of a true story, read around the real lives if you can before you watch.

Cillian Murphy? Walking through desolate Cambridge? In surgical scrubs? In 2002? Tell me more.

28 Days Later is a movie set in post-apocalyptic Cambridge after a contagious virus is accidentally released, and the frankly exhausting drama that ensues. Plenty of screeching chimps, groaning zombies and heart-thudding-in-ears silences before something awful happens. Try not to think about any of this as you float down the pretty River Cam roughly four weeks after watching.

This is a detective drama set in 1953 in the scenic Cambridgeshire village of Grantchester, not far from Cambridge itself. First broadcast in 2014 and with many fans eagerly anticipating an unconfirmed fourth season, the show follows a totes adorbs clergyman called Sidney Chambers (played by certified dreamboat James Norton) as he makes a drastic career move, becoming an investigator after one of his congregation dies mysteriously. Described by one newspaper critic as ‘Cluedo with cassocks’, what’s not to love?

In the USA this film was released as A Brilliant Young Mind. It follows shy teenage maths whiz Nathan as he joins Britain’s team for the International Maths Olympiad and begins to slough off his awkwardness and learn to make friends. Nathan prefers to stay within his own world rather than bond with others, meaning his relationship with his own mother is strained. Parts of the movie are filmed at Cambridge University, so expect a few cool shots of St John’s College.

With Sherlock star Martin Freeman playing one of the protagonists, why wouldn’t you want to give Micro Men a try? Set in Cambridge in the late seventies and early eighties, the program documents the rise of the home computer and also looks at the video game crash of 1983, a large scale recession in the gaming industry caused by saturation of the market. Computers for the film were supplied by Cambridge Centre for Computing History.

Okay, we admit, this definitely wasn’t filmed in Cambridge and very possibly won’t inform your visit to the city whatsoever. But hear us out. Peep Show‘s hapless protagonists Jez and Mark are played by British comedy duo David Mitchell and Robert Webb. The two met when they were both studying at Cambridge University, and became members of the famous drama society ‘Footlights’. That may be where the connection to Cambridge ends, but if you want to brush up on some painfully awkward British humour before you visit, give this uncomfortably English comedy a little watch.