Everything You Need to Know About Black Pudding 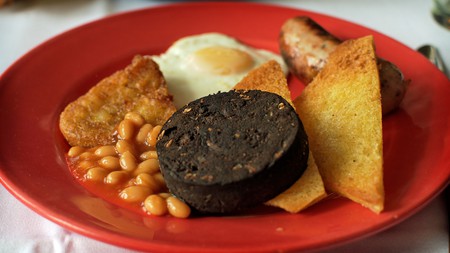 It’s fair to say black pudding is something that polarises opinion. Love it or hate it, this delicacy, beloved by the Brits, has been around for centuries and shows no sign of going anywhere. Once reserved to the morning fry-up, it’s now being embraced by top chefs around the world – in fact, it’s even been declared a superfood! Still in the dark? Here’s everything you could ever need to know about this traditional dish.

So what exactly is it?

There’s no escaping the fact that the main ingredient of black pudding is animal blood – usually from pigs. The thought of that isn’t to everyone’s taste and can make many people feel a bit squeamish, but it’s a way of using up a by-product so at least nothing goes to waste. To make a traditional, British black pudding, the blood is mixed with fat and oatmeal before being tightly packed into a sausage-style casing. 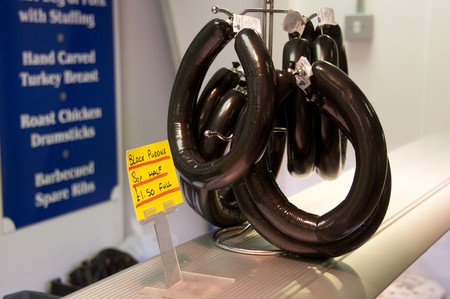 Black pudding has been around forever, or close enough! It even makes an appearance in Homer’s classic, The Odyssey, in 800BC. It’s not entirely clear how it came to be the British dish we recognise today. One idea is that the Romans brought it with them as they conquered the lands across Europe; but others suggest it was actually the Moors of North Africa, following the Romans, who introduced blood sausage to the continent.

Who makes the best black pudding?

If you’re after an authentic taste you should definitely buy your black pudding from a local butcher, rather than a supermarket. Traditionally black pudding is associated more with northern England. Here, The Real Lancashire Black Pudding Company hold the current title for Best Black Pudding in Britain, and George Stafford Butchers in Derby can also boast some award-winning black pudding. Based in the stunning Hebrides, Charles Macleod produce the the famous Stornoway Black Pudding, which claims to be Scotland’s best. There’s only one way to find out for yourself and that’s by trying them out and making up your own mind. 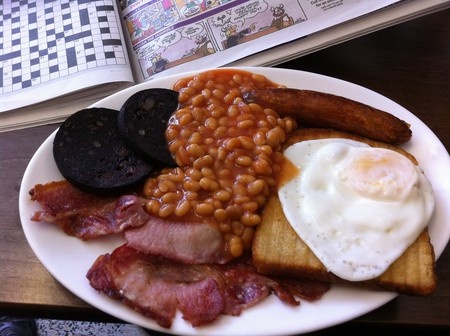 Where should I go to try it out?

Today black pudding is enjoying a bit of a renaissance and has started cropping up on menus across the country. From a traditional greasy spoon café, to a Michelin-starred restaurant, you’ll be surprised at just how many places are embracing the humble blood sausage, so it won’t be hard to track it down. It’s usually served fried in slices, but can also be found in stews, used as stuffing or even mixed into mash potato. 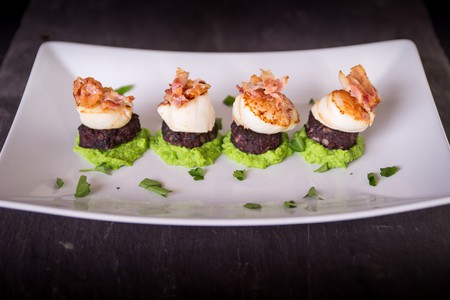 No round-up of everything black pudding would be complete without mentioning the World Black Pudding Throwing Championships. This annual competition between fierce rivals Lancashire and Yorkshire, dates back to the 1980s, and involves black puddings being hurled at a pile of Yorkshire puddings on a 20ft high plinth, to see who can knock the most down. Yes, really. Held outside The Oaks pub in Ramsbottom, it’s open to local and visitors alike, with just a £1 charity donation to enter.