Everything Members of the Royal Family Are Prohibited from Doing 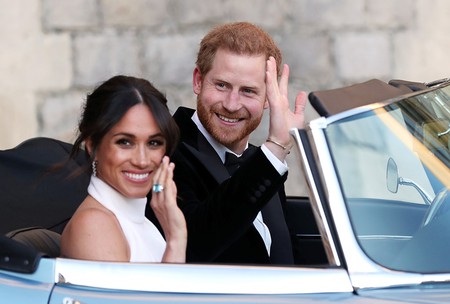 The newly married Duke and Duchess of Sussex, Meghan Markle and Prince Harry, leaving Windsor Castle after their wedding to attend an evening reception at Frogmore House The wedding of Prince Harry and Meghan Markle, Open-top car, Windsor, Berkshire, UK - 19 May 2018 | © REX/Shutterstock

As the newest member of the Royal Family, Meghan Markle can expect some significant lifestyle changes. The tradition, pomp and rules of the British monarchy are a world away from her West Coast upbringing. Meghan has already had to announce her retirement from acting and deleted all her social media accounts, but there are a number of surprising rules that all prominent members of the House of Windsor are expected to follow.

One must not eat shellfish

Sadly, there won’t be any shrimps on the barbie for Meghan and Harry when they visit Australia in October. Members of the Royal Family are banned from eating shellfish because of the risk of food poisoning. In fact any food with the potential for causing a funny tummy is off the menu, including foreign tap water and rare meat, to make sure there’s no impact on a royal’s busy schedule.

One must not kiss in public

Obviously there was some very public kissing at their wedding, but Harry and Meghan will now be expected to tone down the PDA. The Royal Family is known to disapprove of any kissing while out in public, as it may make onlookers, guests or other dignitaries feel uncomfortable. This is particularly the case when visiting foreign, more conservative countries. In fact, even holding hands can be considered inappropriate. 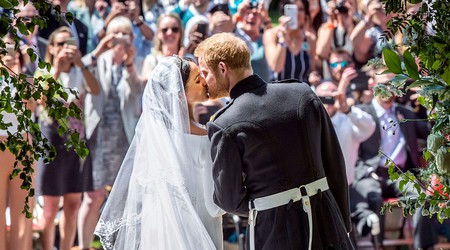 One must not dress immodestly

As well as avoiding public displays of affection, there will be no more plunging necklines or short skirts for Meghan. Members of the Royal Family are expected to adhere to strict dress codes and always avoid wearing ‘immodest’ outfits. According to the BBC, even when dressed casually in public, royal ladies should wear a smart dress or trousers with a jacket or cardigan, while men should wear a blazer with shirt and chinos. The good news is that, as a married woman, the Duchess is entitled to wear a diamond-encrusted tiara at formal indoor evening events.

One must not forget to pack black

By order of the Queen, all members of the Royal Family must pack a black outfit when travelling abroad. The reason is to make sure that the royal has appropriate mourning attire should a senior family member pass away. When the Queen’s father died suddenly in 1952, she was on a trip to Kenya and hadn’t brought any black clothing. It meant she had to wait on her plane at London airport until a dark outfit could be brought onboard for her to change into.

One must not disrespect the Queen

Most brides may be tempted to give a hug and kiss to their new grandma-in-law, but Meghan will be expected to show the utmost respect towards the world’s longest-reigning monarch. Etiquette dictates that all royals must curtsey to the Queen. There is a complicated curtseying hierarchy, which means the Duchess will have to curtsey to ‘more senior’ female royals, including her new sister-in-law Kate. Awkward. 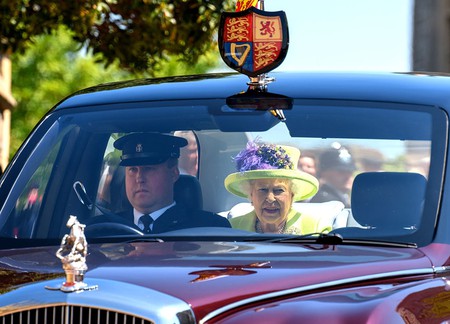 The royals will often pose for pictures and speak to members of the public, but an autograph is meant to be strictly off-limits. The family have never confirmed the exact reason why, but it’s understood that it protects against any type of fraud or forgery using the signature. That and the fact it will probably end up on eBay.

One must not take selfies

During her first walkabout with Prince Harry in 2017, Meghan told the gathered crowds that the couple “were not allowed to take selfies”. It appears to be a relatively new rule, as in the past Kate Middleton and Prince Charles have been seemingly willing selfie participants. And even the Queen has had a penchant for photobombing.

One must not vote

The Royal Family must remain politically neutral at all times and that stretches to voting in the election. Although it’s not illegal for the Queen to vote, it is considered unconstitutional. Other senior members of the royal family are also expected to refrain from voting.

One must not eat before or after the queen

Meghan may be family now, but even royals must follow the Queen’s lead at official functions. That means that nobody can take a mouthful before Her Majesty does, even if you think your food might be going cold. And the Duchess will have to make sure she maintains a healthy eating pace and doesn’t get too distracted by her surroundings, because once the Queen puts down her cutlery, it’s meal-over for everyone. 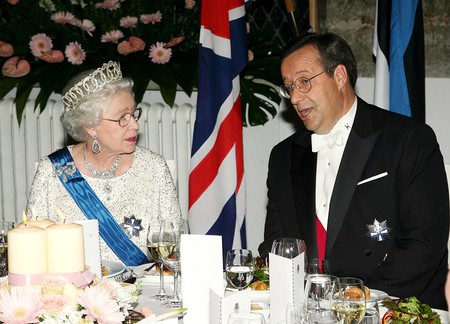 One must not play Monopoly

Monopoly is a game that has ruined families, friendships and relationships. It has an ability to cause tempers to flare to molten hot levels and throws any kind of loyalty out the window. Even the makers say half of all games end in fights. And that makes it a game just too risky for a royal family. Back in 2008, when Prince Andrew was given a copy of the board game, he said “We’re not allowed to play Monopoly at home. It gets too vicious”. Maybe they are like the rest of us, after all.