England’s Fashion Through The Centuries

In the past, being en vogue or owning decent clothing was only accessible to the privileged. Today, fashion’s timeline has shown not only social accessibility, but an evolution of taste. As the saying goes, ‘audaces fortuna iuvat,’ or fortune favours the brave, and this mantra defines the historical landscape of the English dress treasury.

Conquering the world, Byzantine styles became the underpinnings for the Early Middle Ages. The reign of Charlemagne (740-814 AD), Christian emperor and invader, was a rebirth benchmark for art and fashion. Two-coloured garments and crosnas, fur overcoats, were popular among the high society for both men and women. These were the dark old times indeed, when people just started cherishing the physical comfort during the nighttime, as they replaced the heap of leaves with woollen mattresses but somehow slept either naked or in shorts. 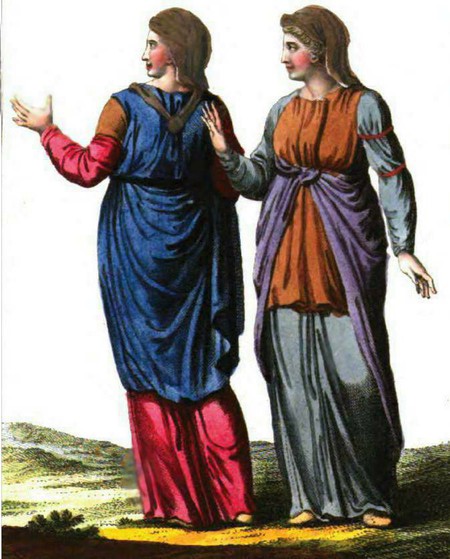 Gentlemen were not spoilt for choice in their wardrobe, as three main pieces — tunic, cloak and trousers — fulfilled the dominant function, providing warmth during the extreme climate conditions on British territories. But the medieval fashion elite never cared about the weather. Who would, when in form of the stylish Roman legacy you receive graceful sandals, long romanised gowns and military dresses. And here, military is more than an order of the day. Perpetual battles, by all means, affected the masculine English costume. Feminine dress featured a variety of layers: mantle, gowns, under gowns and head-covering veils. Silk was introduced in Britain in the 8th century. 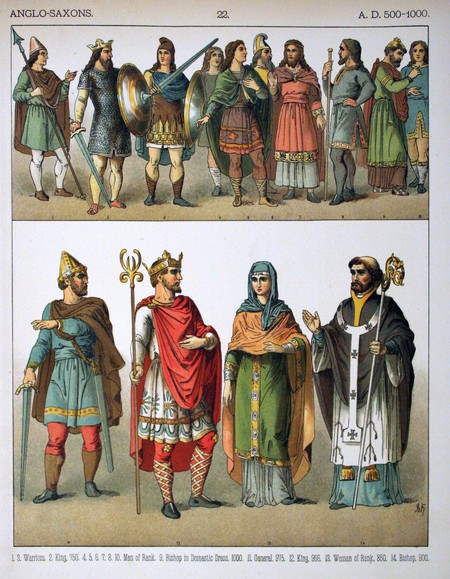 A quick jump to the Norman Rule and the ‘Bayeux Tapestry‘ forever changed the quality of the fashion history portrayal. Women chose a ‘sideless gown’ surcote, adopted from men, and ‘loose long dressing’ tied with a girdle. In 1216, it was Henry III who brought simplicity in dress. Pointed toe shoes with laces or buttons were becoming fashionable, as well as the wide selection of giant feminine head-dresses (generally of four types: the reticulated, the heart-shaped, the turban, the hennin) that inevitably turned into an object of sarcasm. Tailoring began in 1327, as people wanted the costume to fit the figure properly, dictating the use of the corset, which lasted up to the 20th century.

This was a transitional period that heralded the beginning of a new life and the use of sumptuous fabrics (damask, taffeta, Genoese velvet) and perfumery. Women used enchanting self-made infusions based on rose oil, poppy water and camphor that enhanced ‘the beauty of the bosom.’ Men perfumed their refined beard and moustaches as well.

Not everyone owned the envying collection of 2,000 dresses like Queen Elizabeth I; however, during that period, women in England, as elsewhere in Europe, were fond of finery and farthingale, influenced by the Spanish. ‘The Lace Fashion’ started dominating Europe in the 16th century and was called ‘French,’ while in France, it was paradoxically called ‘an English exaggeration.’ 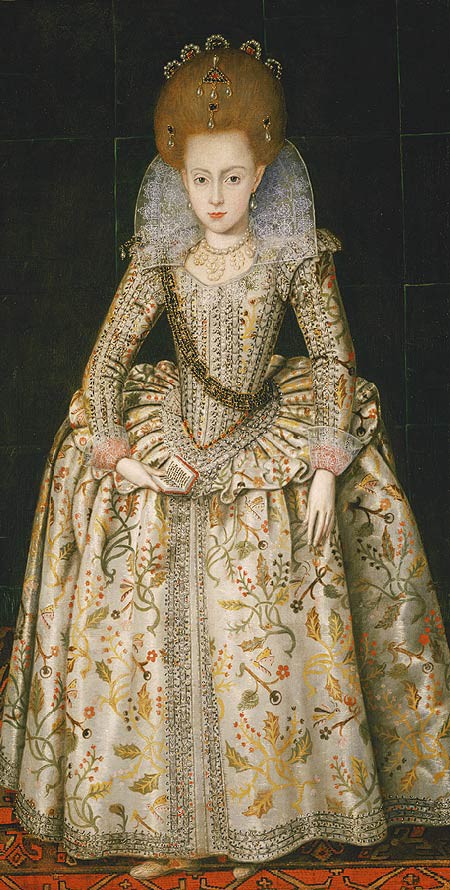 From 1672 till Haute Couture

Wondering what happened in 1672? The first fashion newspaper, Le Mercure Galant, was published, specifically to inform all elegant masses when the doublets should become longer and what sleeve ornament was in and out. In the 18th century, English fashion youngsters started erasing the line between the class connotation. The first connoisseurs of ‘less is more’ were of London bourgeoisie circles, who quickly got rid of lace, ribbons, and jabot in favour of black silk ties and fracs, a coat of the mid-calf length. The French Revolution brought a complete obsession of French people with all things English. Tea, Scotch whiskey, bulldogs and a silent English ‘r’ had taken over, but only until Napoleon, who, as everyone knows, had his personal views towards Albion. 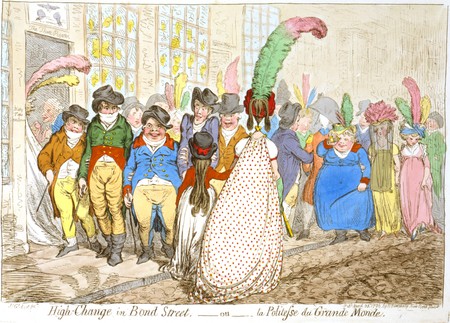 In 1768, Helferich Peter Sturz, a German writer, said, ‘To some extent we are all avenged by the anglomania of the Frenchmen of today. At the same time, the place is crawling with English men wishing to resemble Paris tops at any price.’ Moving on to the founding father of Haute Couture, young Englishman Charles Worth did not speak a word of French but still arrived in Paris with 117 franks in his pocket. In 1858, Charles opened a boutique, and since then, his name has forever been connected with the crinoline and bustle. 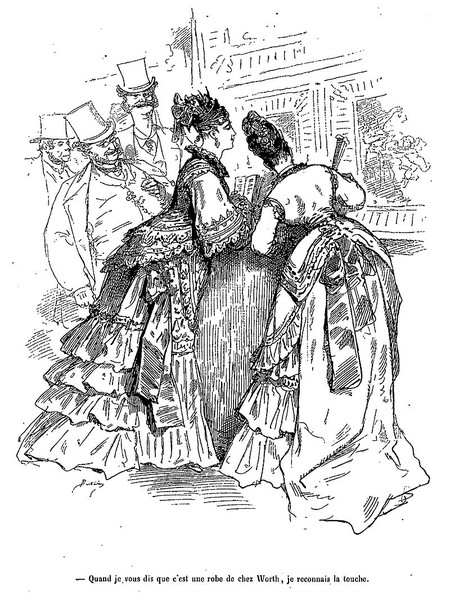 The turn to the 20th century opened such a variety of styles that, at certain points, no definitive fashion could be traced. Oriental-inspired Liberty style, the last of dandies, Wallis Warfield’s parties, the ups and the drops of the waistline, the Simplicissimus, George Plank’s first Vogue cover — fashion blossomed as nobody could foresee, but anybody could revolutionise it.

The 60s saw the unisex style step in – with haughty makeup and couture stripped down – introducing short dresses and ‘the baby look’ under the patronage of Twiggy and Penelope Tree.

In the 70s, women incorporated into the workplace and radically changed the fashion focus with the needs of looking smart, but elegant. The close-up photos of ‘Real women in real life’ were taken by legendary Arthur Elgortin in an iconic ‘outdoor photography style.’

The 80s brought self-proclaimed celebrity designers, globalisation of brands and a fascination of young and charming Lady Diana Spencer. Breaking with tradition, Boy George embraced fashion as art, transforming the club scene into the catwalk. The London Fashion Week was born in 1984.

The super 90s were the fashion decade that was told by the trinity, supermodel hegemony that ever since has been treated as celebrities. Britain was in the fashion spotlight with the appearance of Alexander McQueen, Stella McCartney, John Galliano and Vivienne Westwood.

Towards the new century, British fashion start nurturing the most influential designers of the world. Fearless mechanism of world fashion is produced here in London, in the best design schools of the world.

Today, when the factory is neat and not knowing whether the sky is still the limit, anybody can link their name to the modern fashion époque. And it will be our children’s originality to pick the next best fashion trends.