Easyjet Is Developing a Battery-Powered Plane 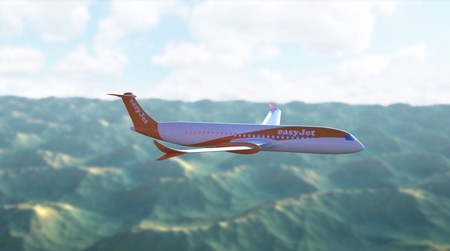 Speaking at yesterday’s easyJet Capital Markets conference, CEO Carolyn McCall said: ‘Just as we have seen with the automotive industry, the aviation industry will be looking to electric technology to reduce our impact on the environment’.

Wright Electric specialises in developing and manufacturing electric batteries that will one day power commercial aircraft up to 335mi – a range which covers 20% of the passengers easyJet flies today, according to the airline.

The ambitious proposal would help easyJet become one of the world’s most eco-friendly airlines, with quieter engines, and reduce the cost of flying even further by reducing turnaround times.

‘Being first to market with an electric aircraft potentially gives the Luton, England-based carrier a leg up against rivals such as Ireland’s Ryanair Holdings Plc in an ultracompetitive market,’ writes Bloomberg’s Thomas Seal.

‘For the first time, we can envisage a future without jet fuel and we are excited to be part of it,’ said McCall. ‘It is now more a matter of when, not if, a short-haul electric plane will fly.’