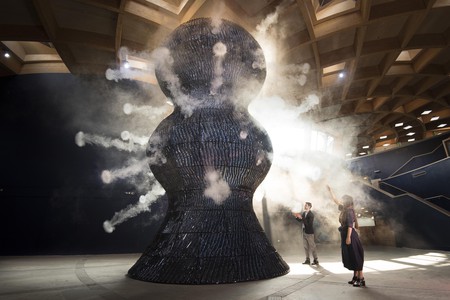 The largest ceramic sculpture in the world goes on permanent display in Cornwall as part of the Eden Project’s Invisible Worlds programme.

You’ve probably never heard of cyanobacteria, a microscopic organism that uses its blue-green pigment to photosynthesise. The algae is commonly regarded as one of the world’s smallest living beings, so it’s apt that a sculpture paying homage to this tiny entity should be the centrepiece in the Eden Project’s new permanent Invisible Worlds exhibition.

But don’t be expecting a work that is a true replica: ceramic sculpture ∞ Blue (Infinity Blue) is a ginormous nine metres tall and weighs a whopping 20 tonnes. That’s about five times as heavy as a hippopotamus. 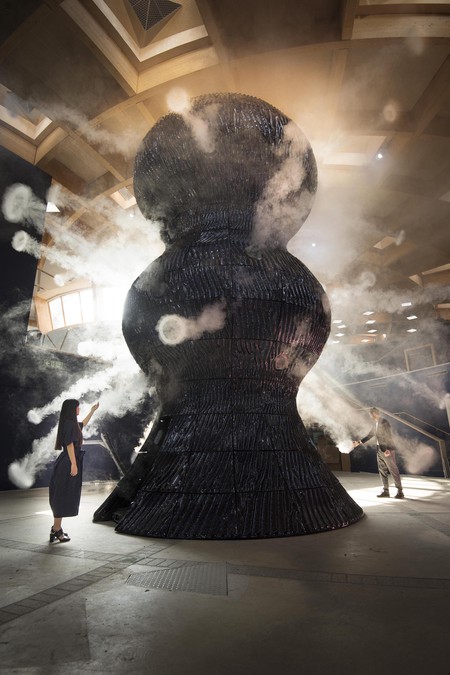 ‘Around three billion years ago, cyanobacteria first developed oxygenic photosynthesis. In doing so, they changed the nature of our planet,’ said Studio Swine.

‘In the same way that artists of the past would depict the sacred, our sculpture ∞ Blue gives physicality to the invisible elements our existence depends on; our breathable atmosphere, microbial life and deep time.’ 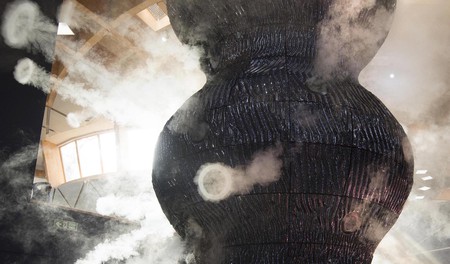 As with previous projects, Studio Swine have used experimental means to create an engaging and immersive sensual experience. The textual surface of the bulbous sculpture has been crafted using an algorithm based on reaction-diffusion systems – the maths that determines patterns on creatures like zebras.

‘Studio Swine have created an installation of quite transcendent magnificence which we are confident will captivate all who see it,’ said Eden’s director of interpretation, Dr Jo Elworthy.

‘The artists have shown immense skill in distilling a complex scientific idea into a unique monument to the unseen engines of life that surround us all.’ 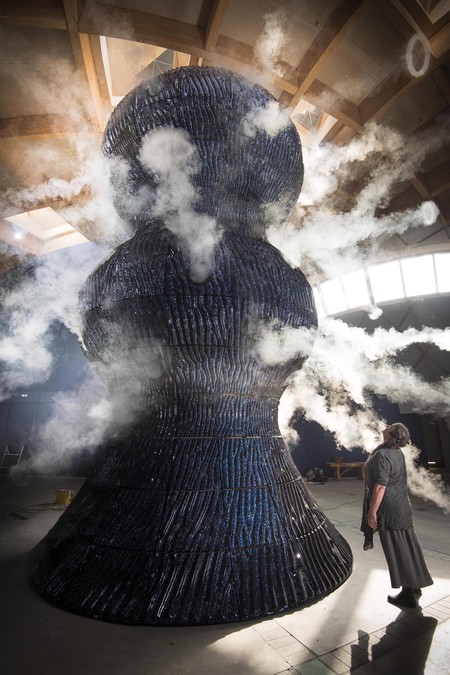 Blue also draws upon its Cornish locale. The glazed ceramic slabs reference the mining history of Cornwall and an accompanying film made with Petr Krejčí reflects on the sculpture’s Cornish coast origins.