With clients as diverse as Ewan McGregor, Brad Pitt, Chris Ofili, Olafur Eliasson and former United Nations secretary-general Kofi Annan, acclaimed British architect David Adjaye is clearly doing something right. Far more than just a ‘starchitect’, Adjaye rightly finds himself as one of the preeminent global voices in the field through emphasizing the social responsibility of architecture. 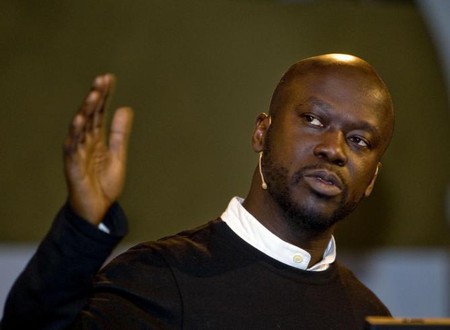 Born in Dar es Salaam in 1966, Adjaye’s family moved frequently as a result of his father, a Ghanaian diplomat. At different times they lived in Tanzania, Egypt, Yemen, Lebanon and eventually London. It was there that Adjaye, 13, became aware of the social responsibility of architecture, appalled by the atrocious design of the respite-care center that his wheelchair-bound youngest brother Emmanuel attended.

Adjaye remained in London for his formative years as an architect, attaining his BA Hons from Southbank University and his MA in Architecture from the Royal College of Art. Here he fostered strong connections to the London art scene, in particular Turner Prize winning painter Chris Ofili. This led to many of his first commissions, including designs for Ofili, Tim Noble & Sue Webster and Jake Chapman. The overlap between art and architecture has remained fundamental to Adjaye’s practice and he has most recently collaborated with Okwui Enwezor on the design of the 56th Venice Biennale. 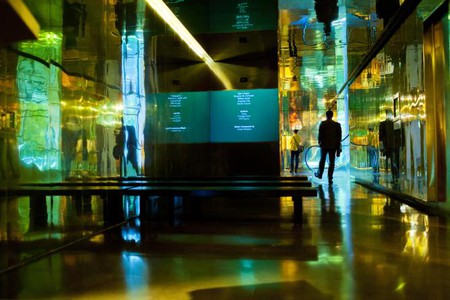 Over time, David Adjaye’s work has shifted from designing private houses in London to significant large-scale museums, libraries and commemorative centres across the globe. Indicative of this growing scale, Adjaye Associates now has offices in London, New York, Berlin and Accra. He has continued to receive widespread acclaim for his work, notably the W.E.B. Du Bois Medal; the highest honor awarded by Harvard in the field of African and African American studies.

2011 saw the publishing of Adjaye, Africa, Architecture, an extensive seven-volume work featuring thousands of photographs of architecture and public spaces from 53 African countries. The project aimed to encourage an understanding of African urbanism that shifted perspectives beyond comparisons of poverty, emphasizing case studies of adaption and innovation instead.

David Adjaye collaborated with his old friend Chris Ofili on The Upper Room (2002), a critically acclaimed installation that completely transformed the second floor of the Victoria Miro gallery. Adjaye employed his extensive architectural knowledge to devise clean and precise methods for realizing the pair’s vision of a darkened chapel-like space. Viewers navigated a winding passageway before encountering 13 of Ofili’s large paintings of rhesus monkeys in an unlit chamber covered from floor to ceiling in walnut veneer. Each painting was individually spotted by a concealed light in the ceiling and appeared to glow.

Libraries have held particular interest for Adjaye due to their crucial social function as centers of learning and research. Perplexed that most libraries’ design discourages communities from wanting to spend time in them, Adjaye conceived of his two Idea Stores. Located in London’s Chrisp Street and Whitechapel Road, the two Idea Stores replace dusty walls with large transparent panels of green and blue laminated glass. Demystifying the library experience, these panels enticed the public inside with its edgy, modern design providing clear views of the facilities within. Inside they create a pleasant environment of natural light and exterior views of the surrounding neighborhood. 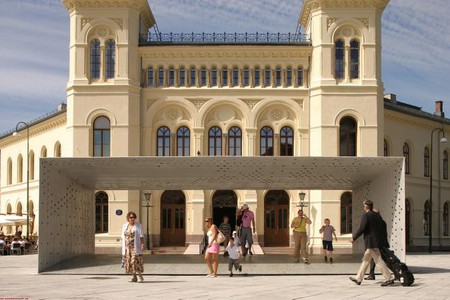 The Nobel Peace Center in Oslo was conceived to showcase the history of the Nobel Peace Prize and to document the work of its laureates. Color motifs are crucial to Adjaye’s extensive redesign of the former Vestbanen railway station building. This includes a red resin finish in the reception area, brass sheeting on the floor, walls and ceiling of the Passage of Honor (a room celebrating the most recent laureate). It also included a solemn deep blue finish in Nobel Field, an installation that features a portrait and video presentation of past laureates. A large aluminum canopy designed by Adjaye was periodically installed in front of the center during its first 7 years.

One of his most important projects to date, Adjaye recently completed work on the 13-storey Sugar Hill housing development in Harlem. Behind the controversial neo-brutalist concrete façade lie 124 affordable apartments aimed at low-income families (some previously homeless). With the addition of a preschool and the Children’s Museum of Art & Storytelling, there is a firm focus on children’s education and creative development. Community interaction is encouraged through a number of galleries, an urban farm located on the roof and shared terraces, providing a wide view of the city.