Burning the Clocks: The Story Behind Brighton's Winter Solstice Tradition 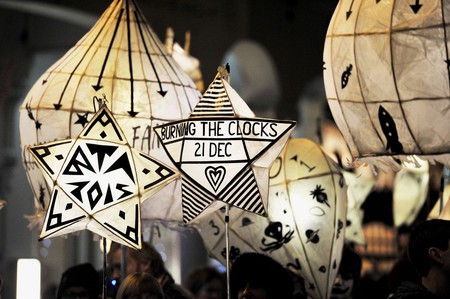 There aren’t many cities in England quite like ramshackle but fabulous Brighton. Its reputation as a hippie paradise is not exactly off the mark, though there’s faded seaside glamour and polished hipster condescension in the mix somewhere too. A glorious combination. The mixture of bracing sea air and proximity to Sussex’s dreamy South Downs, teamed with a generally open-minded and imaginatively dressed population, make Brighton the perfect place to embrace England’s eccentricities. 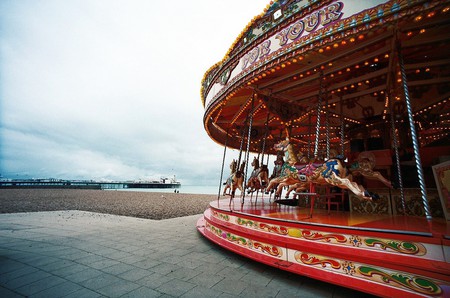 Brighton is famous for its triumphant Pride celebration each summer, one of the biggest and most colourful in the country. As the days begin to shorten, this town’s social calendar leaves little time for hibernation.

One of the events which make Decembers in Brighton special is the Burning of the Clocks, celebrated on the Winter Solstice. 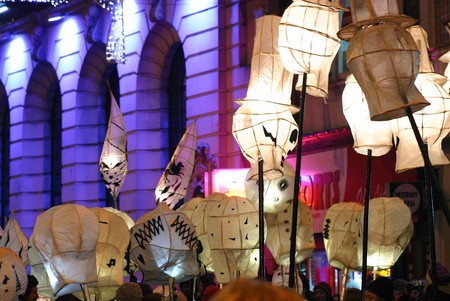 On December 21, people from all over the city parade through the streets with handmade paper lanterns, weaving toward the beach where the glowing shapes are added to a huge bonfire to celebrate the end of another year. The event ends with an explosion of fireworks over the sea. Many people get dressed up, and each costume must include the image of a clock face to represent the passage of time. 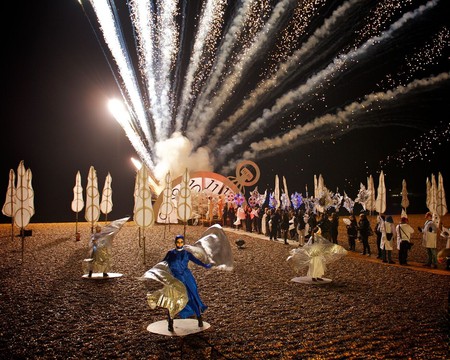 Supported largely through crowdfunding, the event first took place in 1994 and is organised by Same Sky, the largest community arts charity in the South East. Though the city council provides money for the basic costs, it is Brighton’s local businesses and individual donors who help make sure the event goes with a bang year on year.

Organisers say the event is an important time of reflection on the past year as well as a moment to set intentions and hopes for the city’s future. 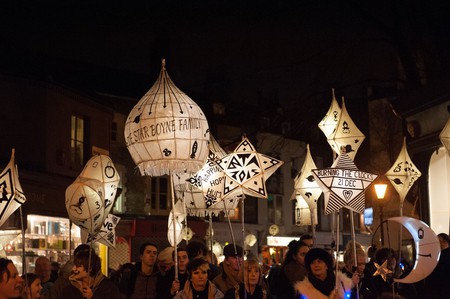 Adults and children march side-by-side in the parade, carrying lanterns made from paper stretched over frames of willow cane. Drummers and musicians accompany the group, and the party atmosphere is hard to resist, with passers-by stopping to snap photos of the black-and-white display or dance along with them.

This year, participants will interpret the theme ‘East’ as they see fit when preparing their costumes. 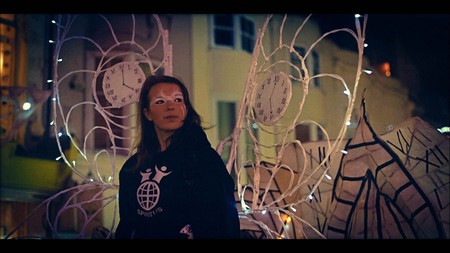 Often described as an antidote to the commercialism of Christmas, Burning the Clocks, the event started out as a way to commemorate the 150-year anniversary of the founding of the Co-operative Movement, it has since evolved into a secular midwinter celebration of the closing of the year, inclusive of everyone regardless of religious beliefs or cultural background. 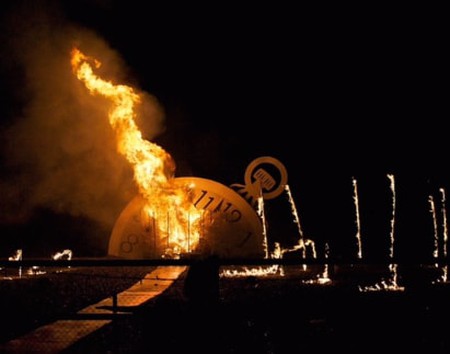 Burning the Clocks | Courtesy of Same Sky
Give us feedback