British Firefighters Eat Piglets They Had Rescued From a Fire 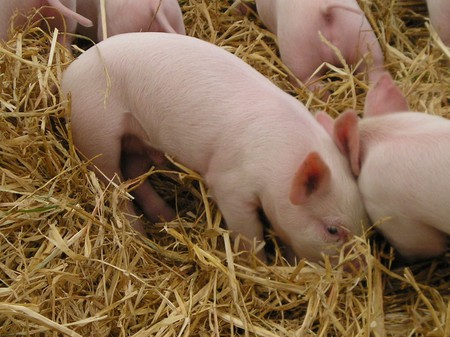 As The Lion King taught us, there’s a certain circle of life. If you’re a farmed pig, that circle is approximately: birth, life, death, get eaten by humans.

A passel of piglets in Wiltshire, England, nearly saw an extremely shortened version of that circle of life when their barn caught fire this past February. They were then just two weeks old.

Firefighters saved the 18 piglets and two sows, and the pigs’ owners gratefully promised they would someday show their gratitude for the rescue. They just made good on that promise, six months after the fire—by delivering the pigs back to the firefighters, in the form of sausages. “They are fantastic,” the firefighters declared in a now-deleted post on the fire house’s Facebook page.

As expected, animal-rights activists weren’t thrilled about this turn of events, speaking out on social media and threatening (promising?) to send vegan sausages to the fire house. But it sounds as though the pigs in fact had a pretty good go of it over the past half-year. “We give the pigs the best opportunity and the best life they could have for six months. They won’t be kept inside; they are outdoors and fed with organic food which is grown on the farm,” their farmer, Rachel Rivers, said in The Guardian. “This is just what we do—we are not an animal sanctuary.”