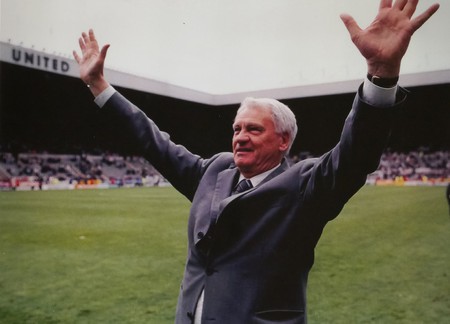 A new documentary profiles Sir Bobby Robson, the former England football manager—and reveals that he was all heart and sinew.

Football is a brutal industry rife with corruption, avarice, and ruthlessness. To survive and prosper in it, especially on the managerial side, requires immense reserves of mental strength and resilience. Integrity and the capacity for joy are not the first qualities that come to mind when talking about the requisites for a coach.

Bobby Robson (1933–2009) exuded both. He was a man who, like his fellow boyhood Newcastle United supporter and onetime England teammate Bobby Charlton, conjures the old northern English saying, “Where there’s muck, there’s occasional diamonds” (or “brass”). He was a man who smiled and joked a lot, who was boundlessly enthusiastic, not least when the chips were down. He could also be as tough as nails in the dressing room. Alan Shearer talks about how the Newcastle dressing room was “broke” until Robson came along. He fixed it and restored the club’s fortunes after the Ruud Gullit reign ended in failure. 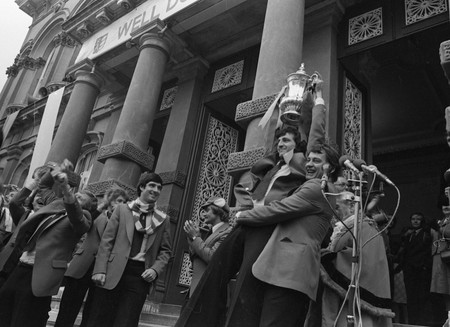 This sense of specialness pervades Bobby Robson: More Than a Manager, a compelling new documentary directed by Gabriel Clarke and Torquil Jones, which focuses on the ups and downs of Robson’s 36-year managerial career. Its climaxes are Ipswich Town’s FA Cup win (1978), England’s World Cup semi-final defeat (1990), and Barcelona‘s treble winning year (1996–97). The film’s correlative is Robson’s battle with cancer, which he staved off in 1995, nine months before taking the Barça job. “Well, they didn’t know Bob the way I knew him,” his widow Lady Elsie Robson says of the doctors who told him to retire.

What is rare here is the amount of love Robson generated from a position that frequently produces hate. Like a few other great British football coaches, including Bill Shankly and Brian Clough, Robson was a man of the people, one who inspired great public affection. (Alf Ramsey, Jock Stein, Don Revie, Bob Paisley, and Alex Ferguson, for example, were more divisive figures.) 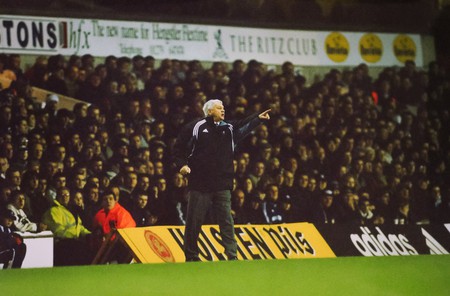 Like Shankly and Clough, Robson was also revered by men whom he worked with. They include coaches he mentored or otherwise encouraged or influenced—José Mourinho, Pep Guardiola, Ferguson—and such players as Terry Butcher, Alan Shearer (who credits Robson with saving his career at Newcastle), Ronaldo (the Brazilian virtuoso), Gary Lineker, and the mercurial and troubled Paul Gascoigne. It is slightly disarming—in a good way—to hear hard cases such as Mourinho and Ferguson speak so warmly of Robson; Guardiola extols Robson’s kindness and says, “He is one of the nicest people I have met in my life.” The journalistic level of the talking heads interviews in the film—and the anecdotes they come up with—is unusually rich, but that’s down to Robson’s inspirational quality.

Such is Gazza’s reverence for Robson as a father figure, that he waxes poetic when walking on a beach: “Sand, earth, Sir Bobby,” he says, walking away from the camera. After Robson was recovering from his sacking by Newcastle in 2004—a massive blow, according to Elsie—he would call up the troubled Gazza twice a week or come to see him. Learning this, it’s hard not to shed a tear. Gazza is certainly lachrymose. 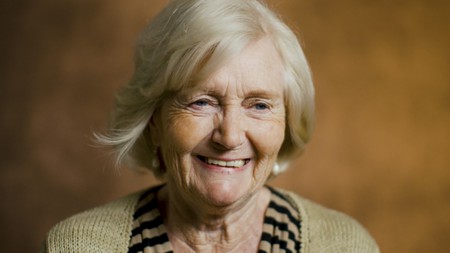 Robson’s regret at the end of his career was that he hadn’t spent as much time with his family as he might have done. He spoke compulsively about football with anybody outside the family, but there was an unwritten rule that he did not speak about it at home. His sons, who were football-daft, missed out on intimate conversations with their father about the game.

Bobby Robson, More than a Manager shifts backwards and forwards in time. This can be confusing, and the filmmakers evidently thought so because they include a time code to occasionally orient viewers. At the same time, the kaleidoscopic structure meshes with the chaotic nature of Robson’s managerial career—which included a spell with Porto in Portugal and two stretches with PSV Eindhoven in the Netherlands.

Football itself is not neglected. Robson’s single outstanding year at Barca is represented by the epic Copa del Rey quarter-final victory over Atletico Madrid and the final victory over Real Betis. Highlights are shown also from England’s World Cup defeats at the hands of Diego Maradona and Argentina in the 1986 World Cup and to West Germany in the 1990 tournament. Most treasurable of all is Roger Osborne’s goal for Ipswich against Arsenal in the ’78 Cup Final. Asked by the BBC’s Barry Davies how he felt after the match, Robson said, “It’s the best feeling, I think, in all the world.”

Ousted from football finally in 2004, Robson headed a cancer foundation that led to the building of the Sir Bobby Robson Cancer Trials Research Center in Newcastle upon Tyne. He wanted that, not his career, to be his legacy. What a motivator, what a man of football and people, what a man Bobby Robson was.

Bobby Robson: More Than A Manager is coming to select UK theatres on June 1. Now available to pre-order on digital download on June 1 and on Blu-Ray/DVD on June 4.